While plant and animal cells must perform many of the same tasks to survive, there are a number of critical differences in their structure and function that are important to understand.

When you look at a tree growing in your backyard and your dog running circles around that tree, the two organisms are clearly very different. One is rigid and unmoving, while the other is a wildly barking creature with a personality and a penchant for licking your plate clean. However, on a cellular level, these organisms are quite similar in many ways. That being said, understanding the differences between the two, such as how they grow, maintain their shape, and generate their food, will also provide greater insight into these two eukaryotic cell types.

The fundamental purpose of both animal and plant cells is to keep the larger organism alive through a variety of processes, which are carried out by membrane-bound organelles. As both plants and animals are eukaryotic cells, they also contain a nucleus, separated from the remainder of the cell by a nuclear membrane. The nucleus is where the transcription and replication of genetic material (DNA) occurs. 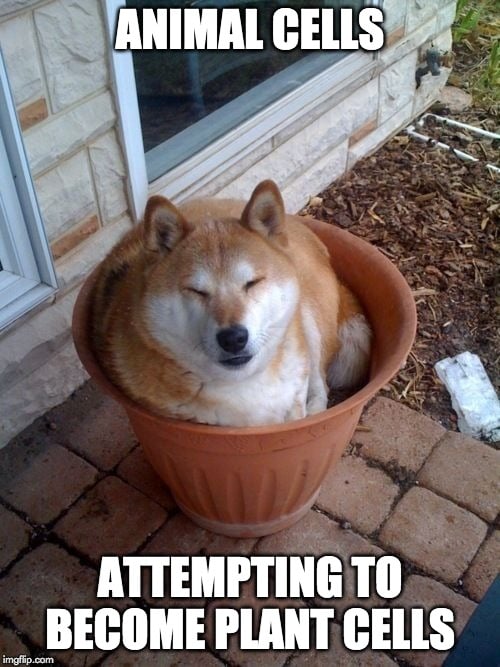 Although both types contain organelles, only some are found in both varieties, such as ribosomes, mitochondria, Golgi complex, nucleus, cytoskeleton and plasma membrane, among others. The organelles that are not found in both cell types will be explained below.

The similarity of these cell types ensures that the fundamental tasks of life are fulfilled, but the specific details of how those goals are achieved differ in a number of critical ways.

Animal cells are enclosed by a plasma membrane, which is flexible, allowing animal cells to take on a number of shapes based on the requirements of that specific cell. Plant cells, on the other hand, are typically square or rectangular in structure, as they are bounded by a rigid cell wall, in addition to a plasma membrane.

In terms of size, plant cells will range from 10-100 micrometers, while most animal cells will not grow past 30-35 micrometers. This is because plant cells typically grow by increasing their individual size, often by taking in additional fluid to their central vacuole. Animal cells, on the other hand, will “grow” by replicating and increasing their number, rather than their individual physical size. While animal cells do contain a number of smaller vacuoles, plant cells are often dominated by their central vacuole (composing up to 90% of the cell’s volume).

When an animal cell replicates and prepares to divide, a cleavage furrow forms that gradually slices the cell in half, pinching the parent cell into two daughter cells. In plants, however, a cell divides by gradually forming a cell plate that eventually hardens into a new cell wall.

In plants, most new cells have the potential to differentiate into whatever type of cell the plant needs; in animals, however, stem cells are the only “flexible” cells that are able to fill a variety of different needs for the organism.

Amino acids are the building blocks of proteins, and thus a critical part of cellular function and survival. There are 20 amino acids that make up proteins, all of which can be generated within plants. Animals, unfortunately, are only able to synthesize 10 of these amino acids, and the remainder must be accessed from external sources (i.e., diet).

As mentioned above, animal and plant cells both utilize cellular respiration for the conversion of carbohydrates to usable ATP, but the raw materials for this process are not acquired in the same way. Animals consume food, break down the carbohydrates into glucose, and generate ATP through a 3-step process. Plant cells undergo photosynthesis, in which they convert sunlight, water and carbon dioxide into glucose and oxygen, at which point they can use that glucose to proceed through the steps of cellular respiration, like animals, and generate ATP. However, animal cells store energy in the form of glycogen, whereas plants store their energy in the form of starch.

Animal cells contain centrioles, cilia and lysosomes, which help in organizing microtubules for cell division, aid in cell mobility, and digest macromolecules, respectively. Plant cells do not contain any of these structures. However, plant cells are in possession of glyoxysomes, plasmodesmata and plastids, which are essential for breaking down lipids, communication between neighboring plant cells and converting light energy into usable ATP. These organelle variations represent some of the most critical differences between these types of cells, as these organelles are specialized for the unique needs of plants and animals. 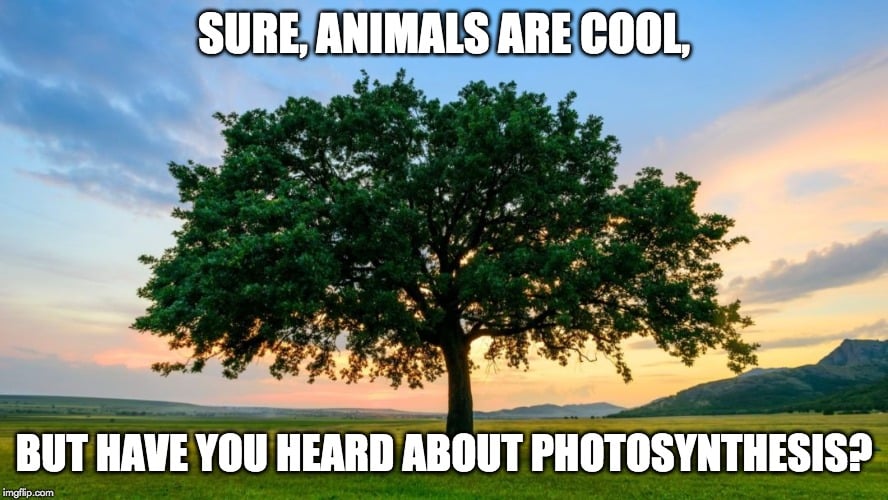 While the main functions of plant and animals cells fulfill the same purposes, the internal engineering of these microscopic machines is necessarily different. Although plants are often considered a simpler form of life than animals, the ability of plant cells to generate their own food via photosynthesis is one of the most important developments for the existence of any life on this planet. In other words, next time you’re looking at that tree and your dog running circles around it, remember that both organisms are deeply fascinating, with a myriad of similarities and differences that allow them both to survive and thrive.