3.5 billion years ago, the world was a very different place, and almost entirely unrecognizable from how things are now. There was also no oxygen in the atmosphere, making it impossible for life to thrive. However, that is when something quite remarkable happened – the rise of prokaryotic cells. 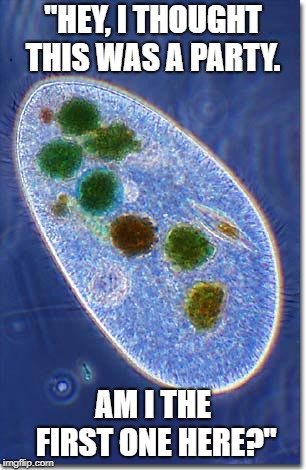 It is from these earliest scraps of life that all the magnificent diversity on this planet have evolved. For that reason alone, understanding the key elements of prokaryotic cells, their history, and their role in the present is well worth your time.

What Are Prokaryotic Cells?

Prokaryotic cells are defined by their lack of any membrane-bound organelles, including a nucleus. They are extremely simple structures, and their limited contents float freely in the cytoplasm of the intracellular space. Prokaryotic cells may contain DNA, proteins and metabolites, but they are not bound or sectioned off within the cell. Many of these simple cells also have flagellum for movement, a cell wall and cell membrane, ribosomes, cytoplasm, and the nucleoid area, where the genetic material is suspended.

Most experts agree that prokaryotes were the first form of life, having likely evolved from protocells approximately 3.5 billion years ago, and from there, the two earliest domains of life arose: Archaea and Bacteria. The vast majority of prokaryotes are unicellular, although some cyanobacteria can be multicellular. Whenever you hear about a type of bacteria, that is a type of prokaryote, since they contain no nucleus and possess an external protective shell. 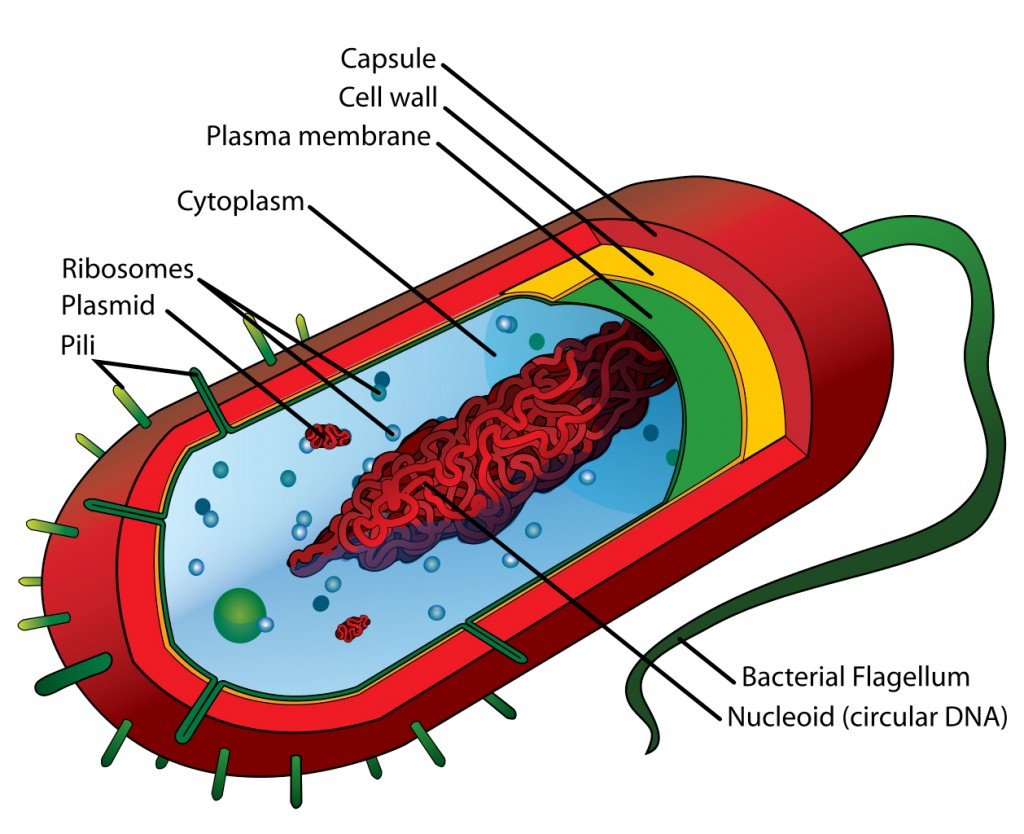 It is also important to note that prokaryotic cells are found almost everywhere, across the globe, even in some of the harshest conditions this planet has to offer. They are in the dirt, the air, steaming hot springs, as the bottom of the ocean and everywhere in between. Their ability to adapt to extreme environments has made them the most ubiquitous form of life on Earth.

The distinction of something being a prokaryote or a eukaryote is perhaps the most notable difference between any organisms, as all the other domains of life are eukaryotic, and evolved later in Earth’s history. Prokaryotic cells tend to be smaller than eukaryotes, and have a higher surface area to volume ratio. They also have a higher metabolic rate than eukaryotes, allowing them to grow and reproduce faster. This aggressive ability to reproduce is what makes certain bacterial infections so dangerous. 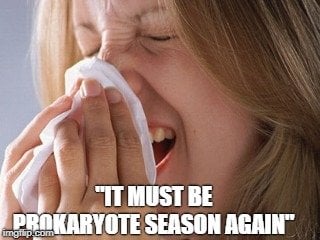 When it comes to reproducing, prokaryotes are also notably different than most forms of life. Whereas humans (and nearly every other species) carry their genetic information on chromosomes, prokaryotes only have a single loop chromosome of DNA that is found in the nucleoid. The genome of prokaryotes is highly concentrated and functional, with almost every piece of DNA coding for some essential function, which is also different from more complex forms of life. Most prokaryotes will only contain one copy of each gene, and transcription and translation can occur simultaneously during reproduction. Unlike the fusion of gametes to replicate more complex cells, prokaryotic cells divide through binary fission.

What Are Eukaryotic Cells?

Eukaryotic cells are a bit easier for most people to understand, because they are the cells that are filling your entire body! Eukaryotic cells are those that have a membrane-bound nucleus and organelles, as well as multiple chromosomes in a multicellular organism. Every animal and plant you have encountered in your life follows this more advanced structure, as it allows for many more complex processes to occur. 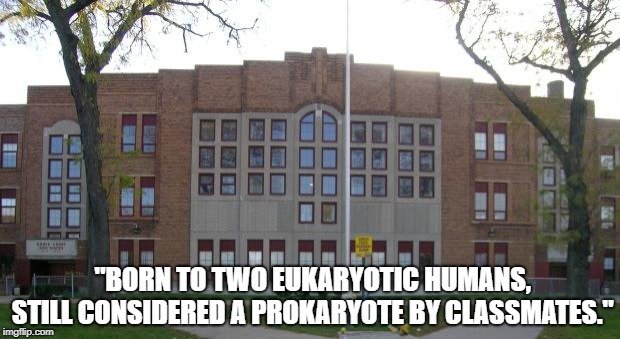 Eukaryotic cells are believed to have evolved from prokaryotic cells consuming one another. Imagine that a large prokaryote was blindly moving through the world in search of food when it encountered a smaller prokaryote. Through a process called endocytosis, it consumed the smaller cell, but did not digest it. Instead, an endosymbiotic relationship was formed, in which both prokaryotes could live healthy and happy in their new arrangement. The theory goes that these smaller prokaryotes began reproducing along with the larger one, until the small cells eventually evolved into mitochondrion – the energy factories of a cell. The larger cell provided a safe space for the smaller one, while the smaller one creates usable energy for the larger one.

It is believed that a similar endosymbiotic process occurred when a large prokaryote consumed a cyanobacteria, which was the first form of life on earth that could photosynthesize, thus creating its own food and releasing the very first puffs of oxygen into the atmosphere. When these cyanobacteria were consumed, they spent a few million years evolving into chloroplasts, a critical organelle for photosynthesizing creatures. From that point on, eukaryotic cells became more and more advanced, and had the capacity to grow and evolve through processes like cellular respiration and photosynthesis. 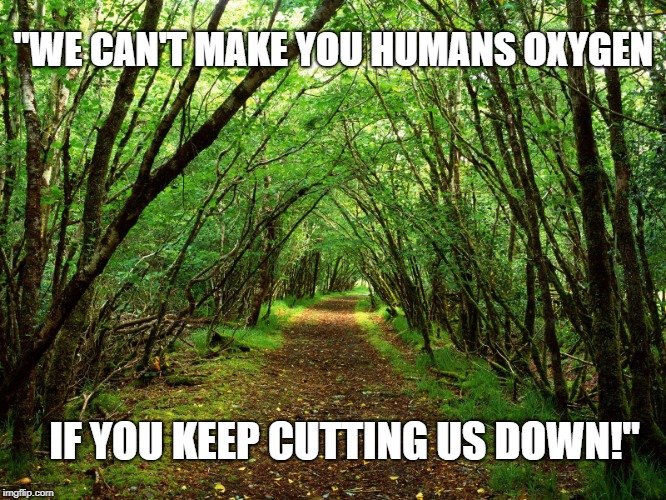 Eukaryotic cells also divide and multiply in a different way that prokaryotes; namely, through mitosis or meiosis, rather than cellular fission. As mentioned before, eukaryotic cells carry their genetic information on chromosomes, within the nucleus, where our DNA (composed of nucleotides) is tightly wrapped around a protein called histone. Unlike prokaryotes, most eukaryotes contain two copies of the same gene, making them diploid. There is also a great deal of excess genetic code in eukaryotes; sometimes as much as 95% of the genome doesn’t directly code for anything. Finally, since there are clear divisions between organelles in the cell, transcription will occur in the nucleus, whereas translation will happen in the cytoplasm.

The distinction between prokaryote and eukaryote is incredibly important and reveals a key moment in the history of life on this planet. Most experts believe that eukaryotes evolved between 1.5 and 2 billion years ago, meaning that all of those prokaryotes were floating around in an ancient soup for nearly 2 billion years before the first organelle evolved. Since that critical moment, the pace of change on the planet has sped up enormously as oxygen filled the atmosphere and life began to diversify and grow. From the very first single-celled organism, the most basic bacterium, we have come a very long way, evolving and spreading our eukaryotic cells across the world.