Nucleoplasm is a type of protoplasm that is present in the nucleus. Protoplasm is the liquid (composed of water, and dissolved molecules) inside the cell. The liquid inside the nucleus has a different composition than the rest of the cell.

Have you ever filled a balloon up with water in the summertime right before throwing it an an unsuspecting friend? Most of us have, so you’ve probably noticed that the balloon somewhat holds its shape and volume when filled with water. 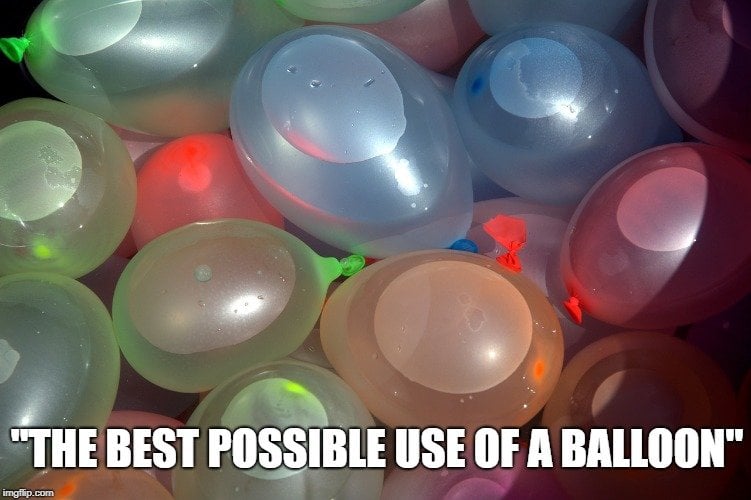 Now, imagine that same water balloon on a microscopically small scale, even smaller than a cell! Picture that balloon as the nucleus of the cell – the control center where many of the key processes to sustain and perpetuate life occur. In this metaphor, where the balloon is the nucleus, the water is the nucleoplasm.

Quite simply, nucleoplasm is a type of protoplasm, similar to the cytoplasm that can be found throughout the cell body outside the nucleus. Protoplasm is the liquid that makes up the cells. The protoplasm is primarily made of water along with various ions, proteins, and carbohydrates dissolved in it.

Very specialized operations occur inside the nucleus, which require a different type of protoplasm. The nucleoplasm is composed of water, dissolved ions and a mixture of other molecules. This substance is completely enclosed in the nuclear envelope, which also contains nucleotides and critical enzymes that facilitate replication. 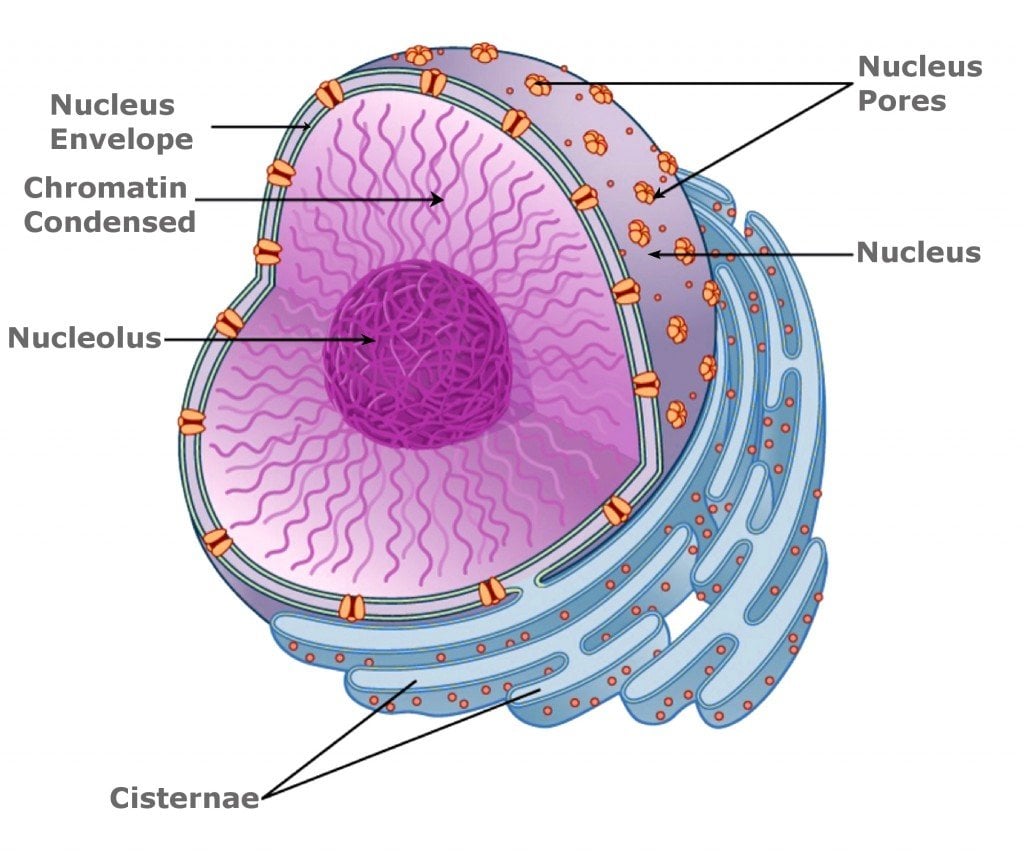 Nucleoplasm is an extremely viscous liquid, but there is a more soluble, liquid portion of the nucleoplasm known as the nuclear hyaloplasm or or nucleolus, which we will explain in more detail below.

Parts Of The Nucleoplasm

Although nucleoplasm and cytoplasm are quite similar, there are a number of differences between the two, particularly in terms of the organelles, components and operations that occur.

The nucleolus is an important production center within a cell/nucleus. It is there that ribosomal subunits and ribosomal RNA are created. From there, the RNAs and proteins are pushed out into the rest of the nucleus, where they can be processed into ribosomes.

Ribosomes are the structures in a cell that create proteins, one of the most important functions of any cell. Specialized proteins enter the nucleus through nuclear pores to create the necessary subunits. Those ribosomal subunits then exit the nucleus through the nuclear pores, where they can be combined and begin to operate. The nucleolus is considered the largest organelle in the nucleus, and the survival of eukaryotes would be impossible without this critical, albeit microscopic, space in the nucleus.

The nucleoplasm is also home to nucleotides, the most fundamental building blocks of DNA and RNA. DNA polymerase is one of the enzymes present in the nucleoplasm that can match the correct nucleotide bases to form long strings of DNA.

While there are a number of different nucleotides, they all consist of a nucleobase (double-ringed purine or a single-ringed pyrimidine), a phosphate group and a deoxyribose sugar (in the case of DNA). The five most common nucleotide bases are adenine, guanine, cytosine, thymine and uracil. These bases can be combined and methylated to form a wider variety of complex bases that form our fundamental genetic material.

Chromatin is a molecular complex of DNA, RNA and proteins that specifically work to shrink and compact long strings of DNA so that it can better fit inside a cell. Not only does chromatin help to guide the folding of DNA, but also ensures that the strings don’t become tangled, and help to improve the efficiency of cellular replication. They are also closely linked to processes of gene repression, DNA transcription, and gene expression.

There are protein elements of chromatin named histones, the core around which DNA is wound. There are also two forms of chromatin: euchromatin and heterochromatin. The former is a less densely packed form of chromatin that is instrumental in the transcription of DNA to mRNA products. Heterochromatin, on the other hand, is much more densely packed and is usually found near the outskirts of the nucleoplasm and is involved in the later stages of cell replication. Heterochromatin is only found in eukaryotes, while euchromatin is found in both prokaryotes and eukaryotes.

The nuclear matrix can be found throughout the nucleus, and plays an important role in maintaining the structure of the nucleus. Often compared to the cytoskeleton of a cell, this network of fibers helps to organize the genetic material in the cell and expedite the process of cellular replication and aid in gene expression. That being said, there has been limited research on the exact nature of the nuclear matrix, and some experts even call its existence into question. 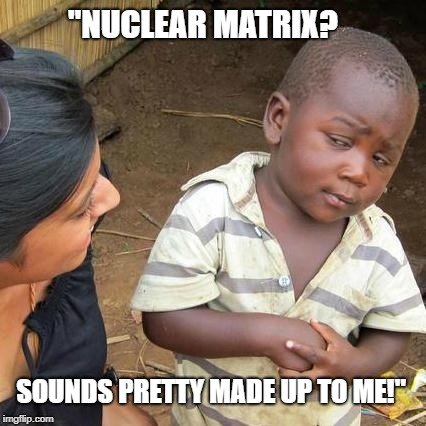 When it comes to function, the nucleoplasm is a hub for all sorts of compounds and products that are made in the nucleus and then moved to other areas of the cell. One prime example, which has been discussed above, is the creation and movement of ribosomal subunits out into the cellular cytoplasm. The ribosomal subunits (one large and one small) are made within the nucleolus, and then sent out to be  where those ribosomes can be put together to form a ribosome. Those key protein-making organelles can then attach to the nuclear membrane, although they are also found throughout the cytosol and the endoplasmic reticulum.

Also Read: What Is Cytosol? How Is It Different From Cytoplasm? 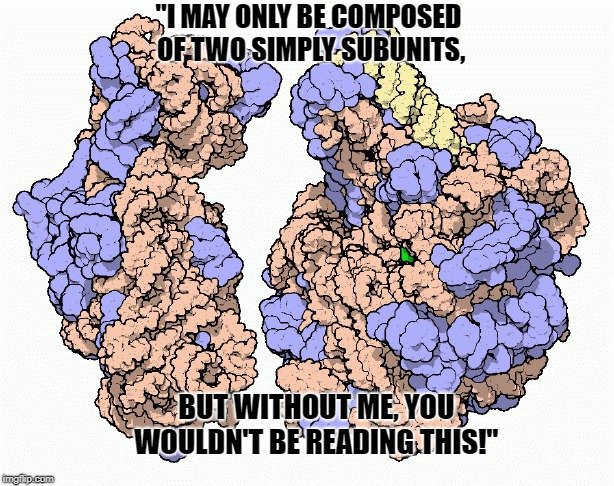 While it may be easy to simply group together all of the cellular components into either organelles or cytoplasm, the nucleus and its nucleoplasm deserve a closer look. The processes that are perpetually ongoing within the nucleoplasm form the basis of cellular transcription, replication and division, all of which are needed for eukaryotic survival. Understanding the various moving parts and organelles within this specialized form of protoplasm gives us a better understanding of life itself!