Hexokinase is actually a broader term for a class of enzymes that phosphorylates six-carbon sugars (glucose, fructose, galactose etc.), while glucokinase is a specific type of hexokinase (an isoform) that has a lower affinity for substrates.

Being alive may seem rather effortless at times, particularly when you are feeling healthy, happy, and possibly perched up on a tropical beach somewhere. However, staying alive requires the constant expense of energy by your body’s cells. From the macroscopic scale of flexing your muscles to walk, dance, blink and swallow to the microscopic level of creating neurotransmitters and replicating genetic material, the production and utilization of energy is a perpetual process called cellular metabolism. 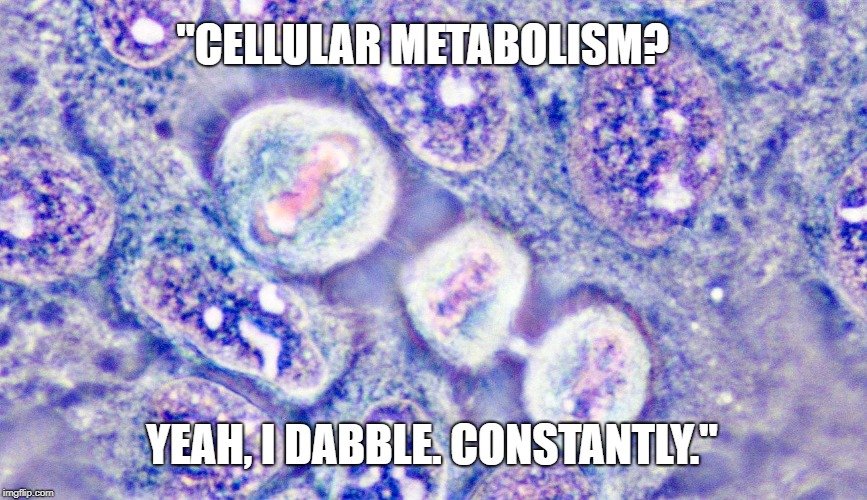 What is Cellular Metabolism?

As you likely know, the main source of that energy comes in the form of food that we eat, and the subsequent breakdown of that food into usable energy. That metabolic process of breaking down food molecules (glucose, in this case) is a form of cellular metabolism, a critical catabolic pathway from which those cells can derive energy (in the form of ATP, adenosine triphosphate).

Aerobic metabolism (which occurs in the presence of oxygen) consists of three stages – glycolysis, the Krebs Cycle, and the electron transport chain.

The first of three stages in this process, glycolysis, does not produce a large amount of ATP (only 2), in comparison to the electron transport chain, but it does lead to key products (2 pyruvate) that are used for the further generation of ATP within the larger metabolic pathway. Glycolysis occurs in the cytoplasm, whereas the remaining steps of cellular metabolism occur in the mitochondria.

To begin the transformation of glucose, as with many other chemical reactions, an enzyme is required. In the case of the phosphorylation of glucose into glucose-6-phosphate, depending on a number of variables, either hexokinase or glucokinase will catalyze the reaction.

While the heading of this subsection may suggest that these two work in opposition to one another, they are in fact very similar and basically perform the same function. Hexokinase is actually a broader term for a class of enzymes that phosphorylates six-carbon sugars (glucose, fructose, galactose etc.), while glucokinase is a specific type of hexokinase (an isoform) that has a lower affinity for substrates and exclusively works with glucose, rather than other 6-carbon sugars.

Both of these enzymes may perform the same function – catalyzing the first reaction of glycolysis – but they are used in specific circumstances.

This enzyme is active when the amount of available glucose is relatively stable or low, and can be found in all tissues of the body where cellular metabolism occurs, with the exception of liver and pancreatic beta cells. In other words, hexokinase is the major catalyst for cellular metabolism on the organism scale.

The affinity of hexokinase towards glucose is also quite high; what this means is that even when glucose supply is low, the enzymatic reaction can occur, and glucose can be converted into glucose-6-phosphate, and 2 ATP molecules can be produced. The maximum reaction rate (Vmax) of hexokinase is also quite low, meaning that it isn’t ideal for the rapid generation of energy from glucose.

As with any enzymatic reaction, there is a control mechanism for hexokinase, an allosteric feedback loop with the reaction’s own product, glucose-6-phosphate. This means that once enough of the glucose has been converted into glucose-6-phosphate, that same product will inhibit the enzyme from engaging/reacting with additional substrate molecules (glucose).

The affinity of glucokinase towards glucose is low, meaning that it is only activated when there is an abundance of glucose available to a cell. If there is only a limited amount of glucose, such as during a fasting or resting period, then hexokinase can handle the enzymatic load. The maximum reaction rate (Vmax) of glucokinase is quite high, resulting in a rapid conversion of glucose into usable energy. Glucokinase comes into play following a large meal, or an influx of carbohydrates, which is related to the control mechanism for this particular enzyme.

Due to the critical role of insulin in the regulation of glucokinase in the liver and pancreas, diabetes mellitus can have a serious impact on the efficacy of glucokinase, and therefore the generation of energy when glucose levels are high.

Hexokinase and glucokinase are both important enzymes in the process of glycolysis, which is an essential step in the larger pathway of cellular metabolism. As is true with most enzymatic reactions, these two enzymes function unconsciously, and our body will control their activation without any input from us. As small and insignificant as these enzymes appear, their constant work on our behalf is the first step towards every move we make!