Astronauts grow plants in space by using a special container called ‘Veggie’. Veggie creates a suitable artificial environment in which plants can grow and flourish in zero gravity conditions.

Many of the foods we regularly eat in our daily lives come from plants and their various parts. Suffice it to say that plants are essential for our survival on the “blue planet.” But what about the few people who live – albeit for a short span of time – in space? We know that they take many food packets that cover their daily energy needs onboard a spaceship, but is it possible for them to grow plants on board the spaceship and be self-sufficient for weeks on end?

Yes, Plants Can Grow In Space! 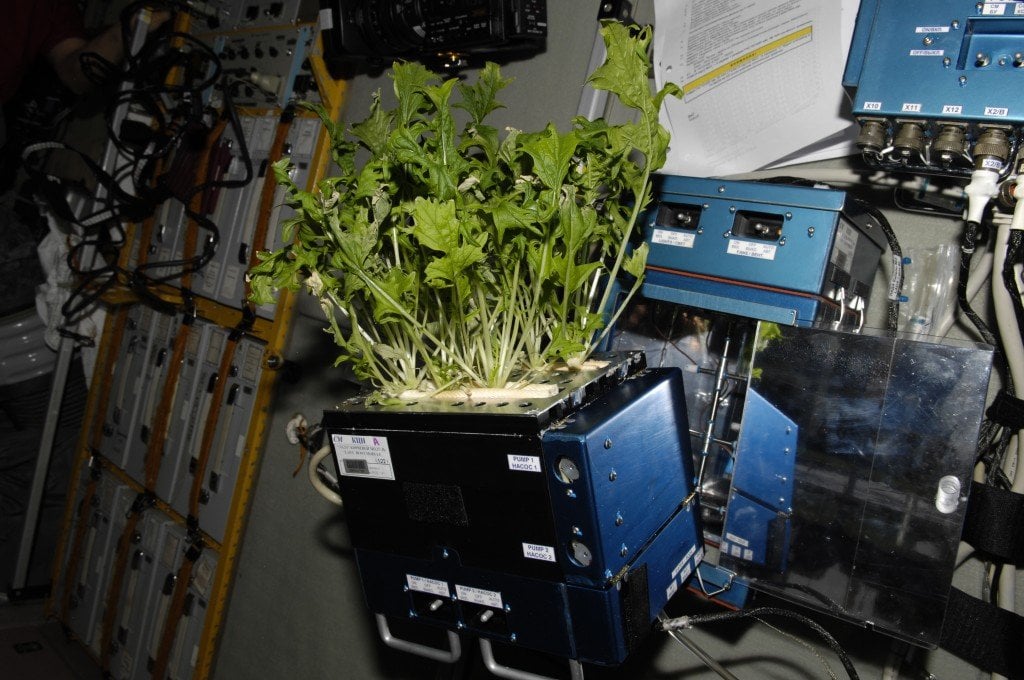 A picture showing Mizuna lettuce growing aboard the ISS before being harvested (Image Source: www,nasa.gov)

For those who don’t know this already, plants CAN and are actually grown in space. In fact, astronauts aboard the ISS ate the first space-grown salad (red romaine lettuce) on August 10, 2015. And yes, they liked what they ate.

(Note: When we talk about plants growing in space, we are talking about an enclosed environment in space where humans actually live, the International Space Station, for example.)

Growing A Plant Aboard The ISS 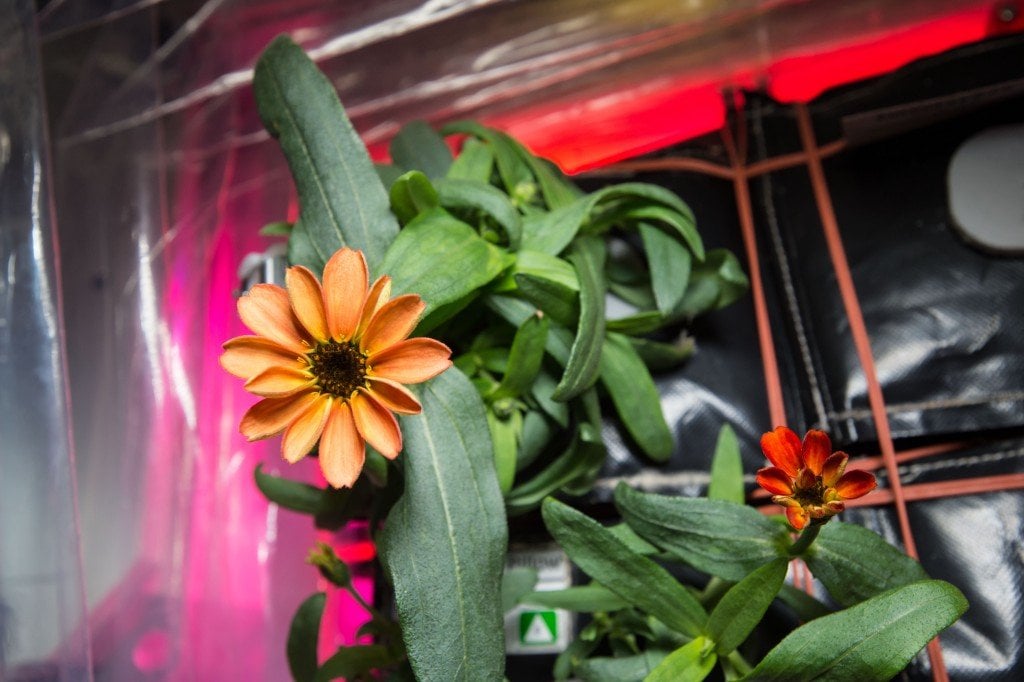 Even in a well-controlled environment like on the ISS, growing a plant in space is not an easy task. Growing edible and nutritious plants is difficult enough here on Earth (plant enthusiasts, I’m talking to you!), so imagine how challenging it would be to grow those greens in microgravity and under highly controlled soil conditions, humidity, light, and various gases.

In a way, plants, just like humans, also get used to the environmental conditions in which they live. Traditionally, roots grow and spread downwards due to gravity (roots absorb water and several vital nutrients from the ground). Still, in space, where the effect of gravity is negligible, things change, and they do so quite drastically.

Roots grow in all directions in space. Other nutrients and water, which are essential for the growth of a plant, float all over the place! Can you imagine a plant floating in a spaceship, with its roots sticking out in every direction like the tentacles of a slimy sea creature surrounded by water and other nutrients? 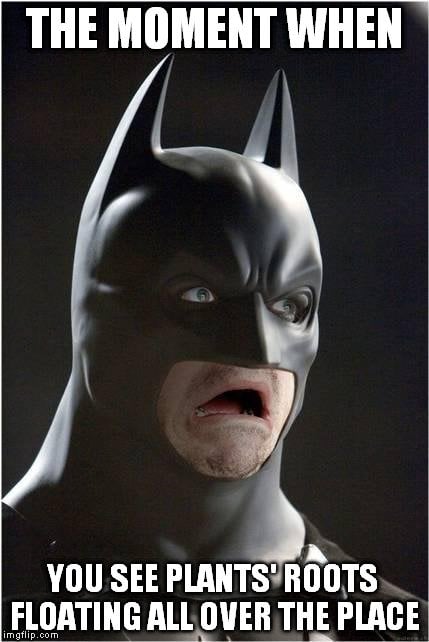 Therefore, keeping this entire system intact is very important. To achieve this, NASA astronauts Rick Mastracchio and Steve Swanson set up a special container named ‘Veggie” a few years ago, specifically designed for “space gardening” on the ISS.

Veggie: The ‘Gardening Chamber’ Aboard The ISS

Veggie creates a suitable artificial environment in which plants can grow and flourish in zero gravity conditions. It contains ‘plant pillows’, which are essentially bags of fertilizer and dirt released in a controlled manner to facilitate plant growth. In the bags, small wicks are installed that absorb water. Seeds are glued to the wicks and aligned so that their roots grow unidirectionally (downward) and ‘push out’ of the bag. For the plants to grow properly (i.e., upward), LED lights to shine above the plants, giving the shoots and providing light for photosynthesis (the process by which plants prepare their food). 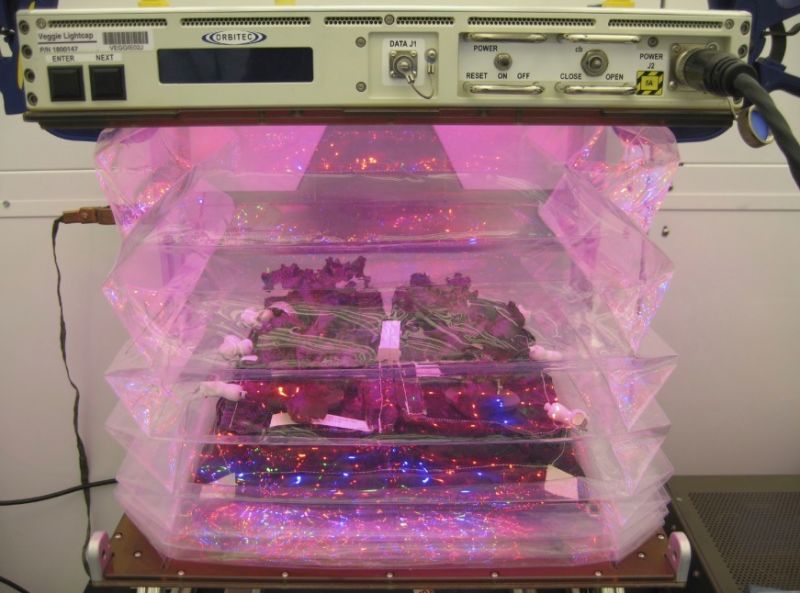 The walls of the Veggie chamber are expandable; they are compressed when the plant is small but can be expanded to make room while the plant continues to grow.

Here’s a short video released by NASA describing the “historic vegetable moment” aboard the ISS:

Cultivating a plant in space is just one part of a more complex, larger, and comprehensive effort. Astronaut farmers must ensure that the plants grown in such artificial conditions are safe to consume, have no side effects, provide more of an energy boost in relatively small quantities, and are pleasant to eat… at least a little.

Also Read: Can You Survive Just On Potatoes…Like In ‘The Martian’? 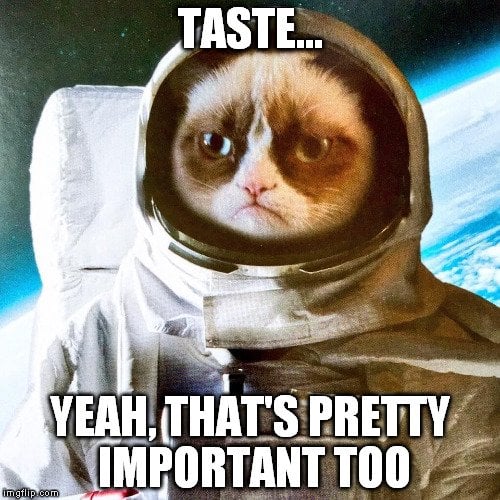 Space agencies worldwide are striving to develop more sophisticated methods and procedures to enable astronauts to safely grow and eat vegetables from space-grown vegetables. In other words, you may not be able to grow potatoes on board the ISS as impressively as Matt Damon did in The Martian. Still, in the event of an unexpected “food glitch” aboard the ISS, you will at least have a backup – as long as you don’t mind getting your hands dirty!