Cytosol is the fluid found inside living cells. More specifically, it’s the water-based fluid in which organelles, proteins and other structures of the cell live. Also known as the cytoplasmic matrix, it constitutes most of the intracellular fluid (ICF). Cytosol is often confused with cytoplasm, however, which is an entirely different entity within a cell.

Cytosol is often confused with cytoplasm. They both start with ‘cyto’ and seem to refer to the same thing in most cellular biology textbooks. However, though they appear to be interchangeable, they are two separate terms and their usage can provide different information.

While cytoplasm consists of all the contents found inside a cell (excluding the nucleus), cytosol is just the liquid or aqueous part of the cytoplasm. In other words, cytoplasm is the area of space outside the nucleus that consists of cytosol and other organelles.

Cytosol is the fluid found inside living cells. More specifically, it’s the water-based fluid in which organelles, proteins and other structures of the cell live. Also known as the cytoplasmic matrix, it constitutes most of the intracellular fluid (ICF).

The cytosol is made of the insoluble molecules like proteins (ribosomes), as well as cellular organelles like the mitochondria or the endoplasmic reticulum. 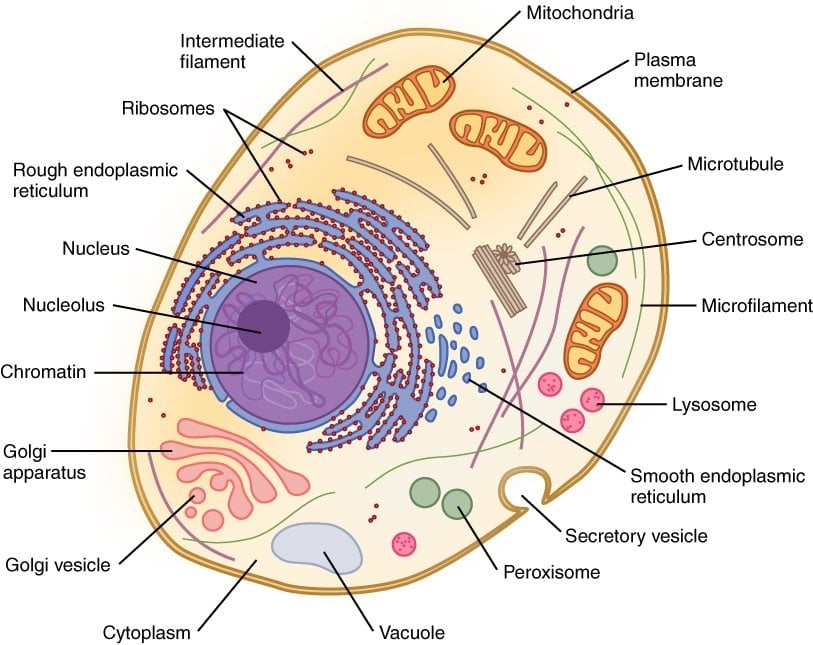 As you may already know, the cell is the basic unit of life. Every living being in the world is made of billions upon billions of cells, which are responsible for a number of essential life processes.

The boundary of the cell is called the cell membrane, enclosing all the cellular components. It is like the skin of the cell. The insides of the cell are made of various components—the cellular organelles like the mitochondria, nucleus, lysosomes, molecules and ions. All of this is floating in a primarily water-based fluid.

This water-based fluid, with dissolved ions like calcium and sodium, as well as larger dissolved molecules, is the cytosol. Another element of the cytosol are insoluble proteins like the ribosomes (the giant protein machine that makes proteins), and the cytoskeleton (the proteins that help the cell hold its shape, just like our bony skeleton).

The majority of cytosol is water, which makes up nearly 70% of the total volume of a cell. While the pH of the intracellular fluid is 7.4, human cytosolic pH lies between 7.0-7.4, and is typically higher when a cell is growing. In addition to water, cytosol also consists of small molecules, dissolved ions and large water-soluble molecules (e.g., proteins).

Different cells will have a different cytosolic composition, meaning different concentrations of certain ions, amino acids (molecules that form proteins), sugars, and proteins. These differences in composition allow the myocardial cells (cardiac muscle cells) to keep the heart beating, and the neurons (brain cells) sending information throughout the body.

The cytosol does not have a single, well-defined function like other cellular components. Rather, it serves as a site for a number of intracellular processes. 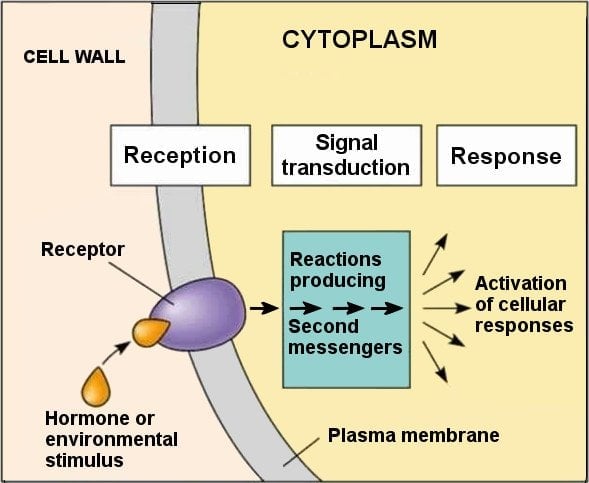 A number of enzymatic activities require cytosol, as enzymes often require certain pH levels, salt concentrations and other environmental conditions that are appropriately fulfilled by cytosol. In addition to that, cytosol provides structural support for organelles. In fact, most cells depend on the volume of cytosol to make space for chemicals to move within the cell.

The pH level and the ionic concentration of the cytosol is a crucial cellular component that provides structural support for these organelle. It also dictates how enzymes found in the cytosol (cytosolic enzymes) function, since enzymes need very specific conditions to operate properly.

All these small functions in conjunction make it possible for the cell to continue to perform a myriad of other essential functions. One can say that the main function of the cytoplasm, which includes the cytosol, is to support all the components within it in so that they can perform their respective functions.

Cytosol vs Cytoplasm: Why Differentiate Between Them?

It is important to note that cytosol is a critical element of the cytoplasm. In a prokaryotic cell, cytosol is the host of almost all chemical reactions and metabolic processes that take place within the cell. Also, cytosol is the site for cell communication, while cytoplasm plays host to certain large-scale processes, such as cell division and glycolysis.

It is important to note that the cytosol excludes the components within the organelles. This distinction helps scientists clearly define the region where a molecule might be found. Saying a protein is a cytosolic protein indicates that it isn’t a part of any organelle, and its floating in the aqueous fluid in between. 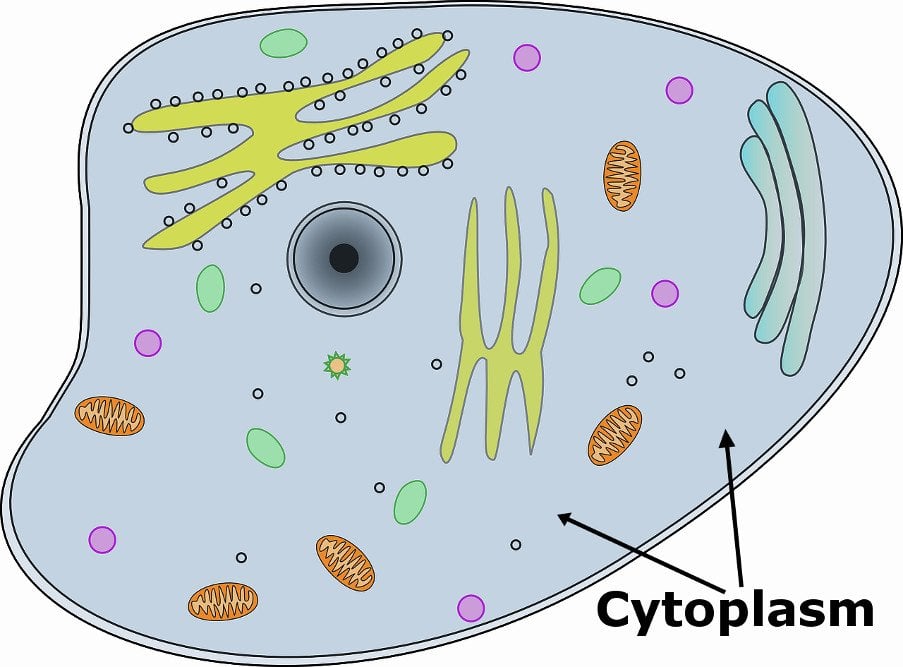 Cytoplasm of a cell.(Photo Credit : Pixabay)

These distinctions matter. They prevent unnecessary confusion based on foggy nomenclature and words that mean too many different things.

These might sound confusing to someone at the start of their journey into learning about cell biology, but the more one encounters the words and their usage in literature, the clearer the meanings of the words will become.