The human body is packed with more mysteries than we will ever understand, but we do understand the crucial processes that allow each of our cells, organs, tissues and muscles to function. The microscopic movement of material between cellular factories and the parts of the body where complex molecules are needed is an incredibly important process for human beings. This movement of molecules consists of numerous different processes, including endocytosis, phagocytosis and pinocytosis.

Have you ever watched bubbles floating on top of water? When they collide, the smaller bubbles are often consumed or swallowed up the larger ones. On an even smaller scale, at the cellular level, the cells in our body can do a similar thing – taking up molecules from the extracellular fluid. This process is called endocytosis, and is currently happening in millions of your cells at this very instant! 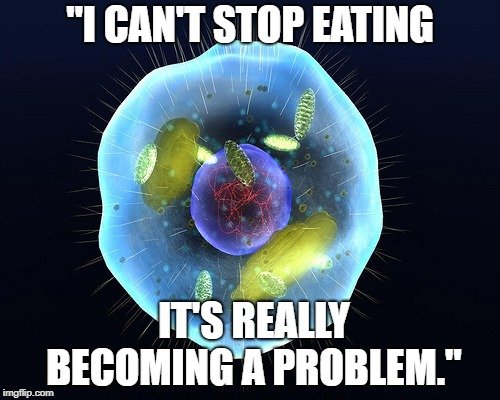 While it may seem strange to think of a cell needing to consume something, there are many reasons that a cell requires processes like endocytosis, such as absorbing essential nutrients from the extracellular fluid, consuming entire microorganisms, or transporting dead or dying cells to where they can be eliminated.

The actual process of endocytosis is simple and straightforward, although there are a number of different forms. Basically, once a molecule or other substance is encountered by the cell, the cell’s plasma membrane folds inwards surrounding the material, forming a pocket. Eventually, that pocket of membrane closes, and a vesicle is formed, which can separate from the membrane in the inside of the cell and then move to the organelle where it can be used.

Endocytosis is the opposite process to exocytosis, which is the means by which a cell can export molecules, whether they are proteins, neurotransmitters, waste products or any other cellular material. We’ve covered all the details of exocytosis in this article.

When certain types of cells (phagocytes) consume an entire other cell or macromolecule, this form of endocytosis is called phagocytosis. This process can occur in various cells, including amoeba and white blood cells. For example, when a white blood cell is sent to the site of inflammation or infection, it can then consume unwanted bacteria, viruses, foreign particles or even pieces of dust. At that point, the unwanted material can be broken down into simple, usable molecules, or discarded from the body as waste.

Depending on the size of the material being consumed, the speed of this process may vary. Since the molecules being consumed are typically quite large, the vesicles that must be formed require a moderate amount of energy and resources, in the form of ATP. Similar to the process of exocytosis, this is a form of active transport, as the molecules cannot passively be consumed through the cell membrane. It is important to remember that only certain specialized cells are able to perform phagocytosis, whereas pinocytosis, explained below, is something that all cells must perform.

The second main form of endocytosis is pinocytosis, by which a cell takes in a pocket of extracellular fluid and micro molecules at random. This process is also informally called “cell drinking”, which is an accurate description of this fluid uptake. Similar to phagocytosis, the plasma membrane of the cell extends to form a pocket or a bud, and then closes the pocket. This forms a vesicle within the cell, which is then pinched off and can be moved to other areas of the cell in the cytosol. This form of endocytosis is also important because it can transport extracellular liquid through the cell without it interacting or affecting the cytoplasm. As mentioned, this cell drinking occurs in every type of cell. 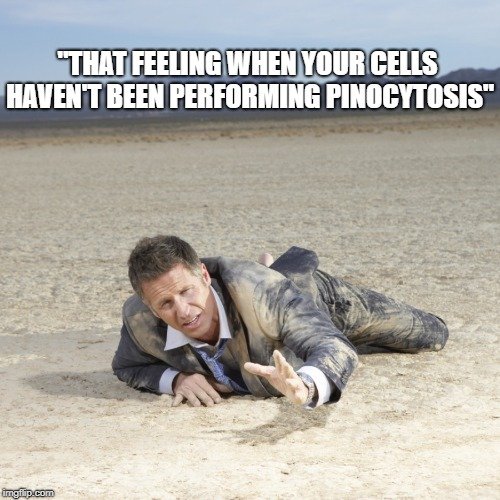 The last two types of endocytosis are slightly more specialized, and require different cellular technology to occur. In clathrin-mediated endocytosis, larger macromolecules are taken into a cell through concentrated areas of clathrin-coated vesicles. Clathrin is a coat protein on the pits with a bristle-like action. These pits on a plasma membrane facilitate the easier movement of large molecules, and are found on almost all cell types. Certain molecules have different receptors, and the cathrin-coated pits are able to provide the necessary “keys” for the membrane “lock”.

Caveolae is similar to receptor-mediated endocytosis, but the vesicles are not coated in clathrin, but another transport membrane protein called caveolin. They are small bottle-shaped vesicles waiting below the cellular membrane and serve a similar function as the clathrin-coated pits. Caveolae are extremely abundant in certain cell types, often occupying more than 20% of the surface area of the plasma membrane. 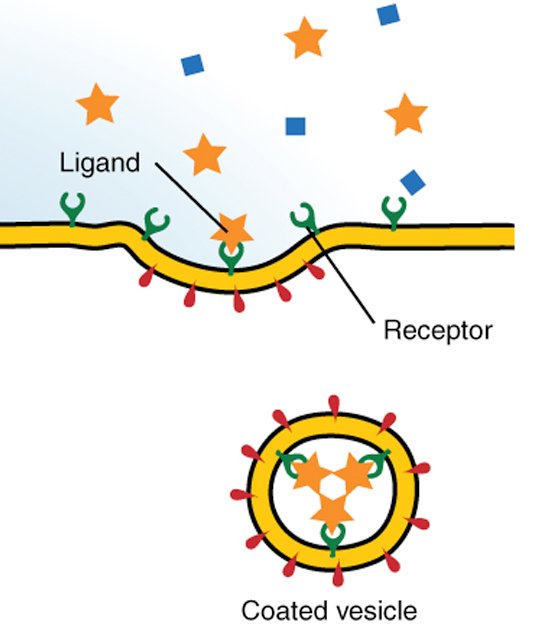 These processes are essential to our survival every day, and yet we have no conscious control over them. They are yet another example of how impressive and intricate our bodies are, and how even the simplest processes at the smallest level of life can have measurable impacts on health. As is so often seen and commented on in science, the microcosm reflects the macrocosm. Just as we consume food from our surroundings, so too do our cells, and while we don’t capture our hamburgers with a plasma membrane, there are certainly parallels if you pay attention!