The cell is the smallest unit of life. From the single cell of an amoeba to the trillions of cells that make up elephants and whales, all are made of very similar materials. Their shape and function might be different, but inside, cells have some fundamental similarities. 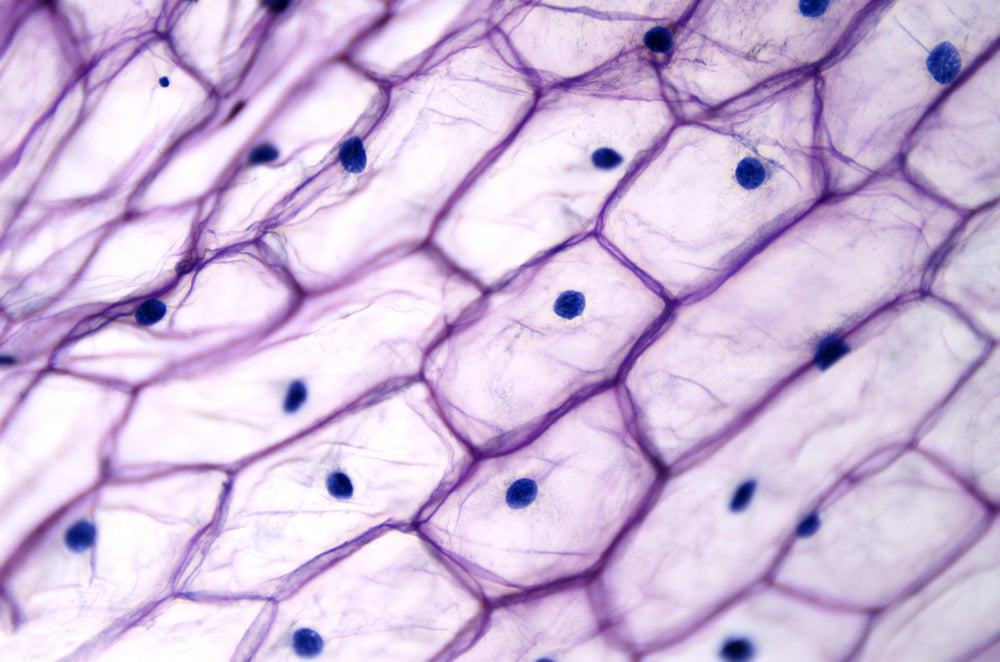 The Atoms And Molecules Of A Cell

It makes the most sense to start at the smallest part of a cell – the atoms.

Of the 118 elements in the periodic table, 92 are naturally occurring on Earth. Out of these 92 elements, atoms of only 4 elements make up 96.5% of an organism’s weight. These four are carbon, hydrogen, oxygen and nitrogen.

These four elements, along with various other bonus elements like sulphur, phosphorus and selenium, go onto make up most of the molecules of a cell.

Hydrogen and oxygen come together to form 70% of a cell—water. Water is arguably the most important molecule of life. Every other molecule in the cell must associate with water, whether those other molecules like it or not.

In this sense, the cell is like a water balloon with many other molecules and structures stuffed in.

The carbon-containing organic molecules are the next most important molecules. These are proteins, lipids (fats), carbohydrates and nucleic acid (DNA!).

In all these molecules, carbon plays the central role. Its ability to bond with four other atoms gives carbon unique flexibility in forming molecules. Carbon’s ability to form long chains, as well as twist and turn, is the reason for one of the most fascinating molecules ever—proteins.

Proteins are the molecular machines of the cell, and as we progress through this article, you’ll see just how ubiquitous and indispensable their presence is to a cell’s survival and function.

The Organelles Of A Cell

Before we get into the different parts of a cell, we must understand that not all cells are the same. Just as a human, a plant, and a mushroom look very different, their cells can look slightly different too!

Also, let’s not forget bacteria, which are cells too, but have a very different structure.

We’ll use animal cells as the default (though there is no “default” in nature). 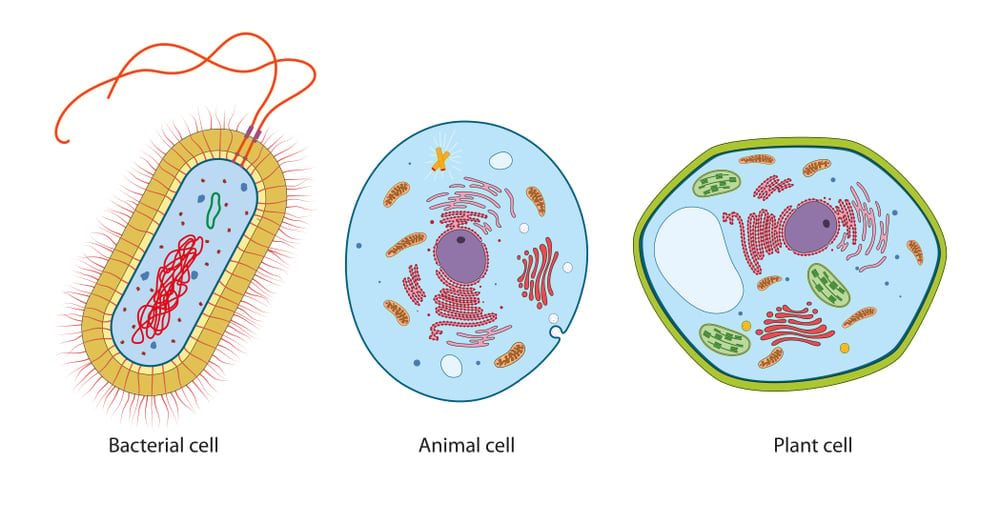 Cells are like cities. They have a structure with clear divisions of labor. The city of the cell has borders, an administrative head office, a power supply station, a waste management department, and so on.

And the cell is also crowded with trillions of molecular inhabitants!

The cell city has a wall separating and protecting the inside of the cell from the outside environment. This wall is called the cell membrane or plasma membrane. It is made of two layers of lipid molecules sandwiched together.

However, unlike the the firm and strong borders of an actual city, this plasma membrane is flexible and can move around fluidly. Proteins and carbohydrate molecules in the membrane allow it to hold its shape, while the lipid molecules give the cell the ability to move around, if needed. 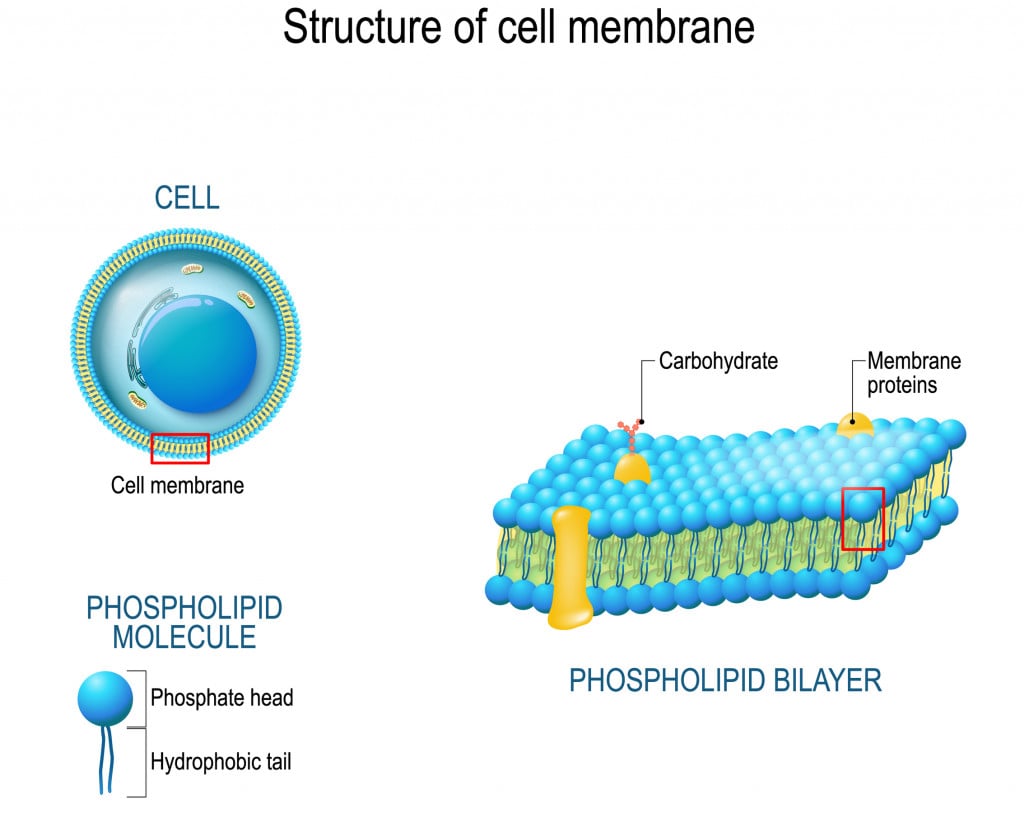 Image caption: The cell membrane. The molecule on the bottom left hand side is the amphipathic lipid molecule, called a phospholipid.

The proteins in the cell membrane also act like doors to let other molecules enter and leave the cell; these also function like the eyes of the cell, detecting its external environment.

The cells of plants, bacteria, algae and fungi have an extra layer of protection over their cell membrane—the cell wall. This is usually made to be hard and tough, which is one reason plants are so sturdy.

The Inner City – The Cytoplasm

Moving inside the cell, we come to the cytoplasm. This is the general inner space of the cell. It is quite a busy space, packed with organelles (they aren’t called organs, because they’re small) going about their work, while various molecules and ions float and bump about in the water that fills the cell.

Notably, keeping everything in place is the road system and architecture of the cell, also called the cytoskeleton, which is made of protein. The cytoskeleton allows the cell to maintain its shape, while also serving as roads upon which the cell’s cargo is transported from one part of the cell to another. 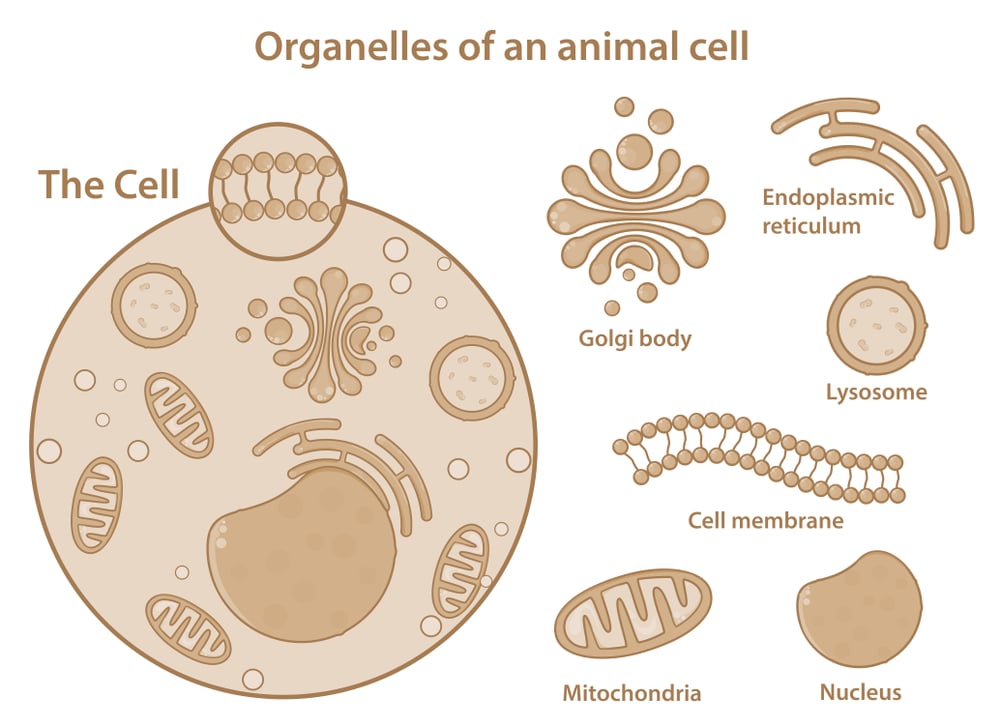 The Head Office – The Nucleus

The nucleus of a cell is where the information to make an organism lies—the DNA. The DNA of a cell determines what type of cell it will become and how it will work. If things change outside the cell, that information is relayed to the DNA, where the appropriate changes are initiated.

The Factory – The Endoplasmic Reticulum

The information in the DNA is broken into bite-sized chunks of instructions called genes. The instructions in these genes are meant to create proteins. The proteins eventually result in the all the traits that define us, like height or eye color.

Just outside the head office is the factory—the endoplasmic reticulum, which reads the instructions of the DNA and turns them into proteins.

The Powerhouse – The Mitochondria

Next up is the mitochondria, the powerhouse of the cell. This slightly jelly bean-shaped organelle powers every other process of the cell by creating ATP.

ATP is a molecule that acts as a form of currency for the cell. If the cell needs a power-up, it will spend the ATP molecules it has, releasing all its good energy to get work done.

The Waste Management System – The Lysosomes

Over time, a cell accumulates a lot of waste. Molecules that are broken and no longer serve their use, unused molecules, and the cell’s version of “poop”, consisting of potentially toxic chemicals, all need to be broken down and thrown out of the cell. The lysosomes are like the Marie Kondo of the cell, saying goodbye to the things that once sparked joy within the cell, but no longer serve it. 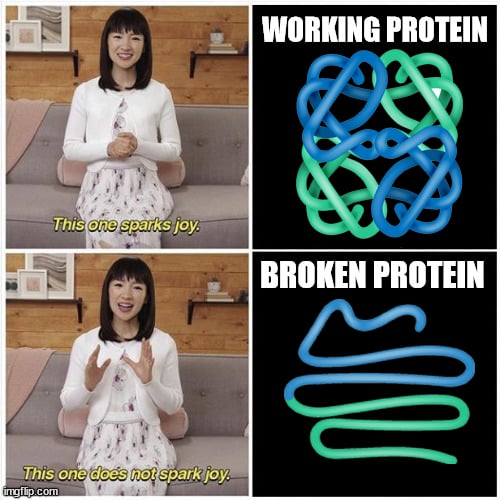 Also Read: What’s The Difference Between Plant And Animal Cells?

There are many other parts to a cell, but this article covers the primary organelles and critical functions of all cells.

These microscopic structures are immensely complex, and there is still a great deal scientists don’t know about the different parts of the cell and their functions. While we might not understand them 100%, we do know how incredibly important they are for our survival!