Exocytosis is a form of active transport that allows cells to move large molecules into the extracellular membrane, where they can be utilized in various ways. This is a critical process for all living things, from plants and invertebrates to protozoa and human beings.

The human body is an incredible machine, and there are thousands of critical processes going on during every single day of your life, even if you are largely unaware that these things are happening! New tissues are being made, wounds are healing, enzymes are breaking down energy sources, hormones are stimulating metabolic processes, and proteins are being formed, just to name a few.

A great deal of the work of keeping a body healthy and functioning is done at the cellular level, where individual cells create proteins and neurotransmitters, but getting those molecules to where they need to be is just as important! That is where exocytosis comes into play.

Exocytosis definition: What is Exocytosis?

Exocytosis is a form of active transport that allows cells to move large molecules into the extracellular membrane, where they can be utilized in various ways. This is a critical process for all living things, from plants and invertebrates to protozoa and human beings. As mentioned, this is a form of active transport, rather than passive, because the majority of the large molecules being made by cells are polar in nature, meaning that they cannot pass through the cell membrane without assistance, due to the hydrophobic aspect of the membrane.

When a cell is ready to move a molecule into the outer environment, the molecule is bound in a secretory vesicle, which can be thought of as a suitcase for complex molecules. This vesicle will then move to the outer edge of the cell and temporarily fuse with the membrane. At that point, the water-soluble molecule inside the vesicle can be “dumped out” into the extracellular environment.

There are two main types of exocytosis: Ca2+ triggered non-constitutive exocytosis and non-Ca2+ triggered constitutive exocytosis. The difference is that in the former, the process is more regulated, requiring direct external signals to occur, an increase in calcium within the cell, and a clathrin coat on the vesicle. This is the type of exocytosis that occurs between synapses and neurons. All other forms of exocytosis are simpler and less regulated, despite still being considered a form of active transport and requiring the expenditure of ATP.

That is a general overview of the process, but we prefer to delve deep into topics here at ScienceABC, and there is plenty more to learn about exocytosis – a crucial activity that occurs in every cell of your body. 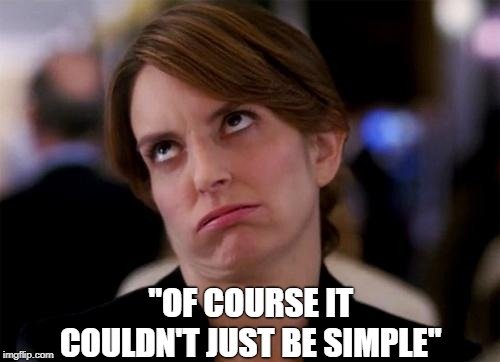 Although the process of moving a complex molecule across the microscopic distance from an organelle to the cell membrane seems simple, there are a few distinct stages that make this movement possible.

Vesicles are initially moved from their spot of creation to the cell membrane using motor proteins within the cell, which requires work and the expenditure of ATP (the basic unit of energy within a cell).

Tethering factors on the cell membrane will attach and hold the vesicles in place; this will also allow the vesicle to communicate with the membrane and “get in line” for transport out of the cell.

The link between the secretory vesicle and the cell membrane is completed when it firmly docks tightly in place, and prepares to be “dumped out” of the cell. 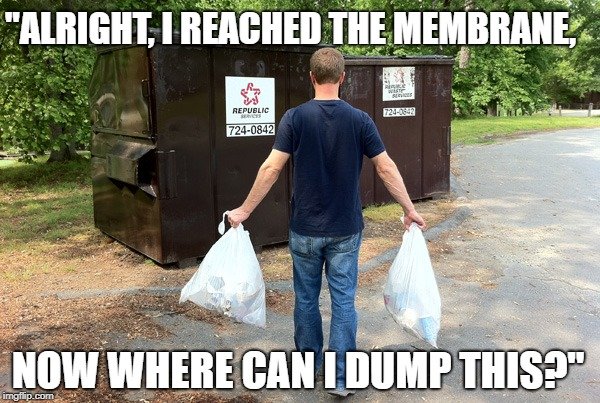 In some situations, such as the exocytosis that occurs in the nervous system, in the form of neurotransmission, priming will occur immediately before the contents of the vesicle are released. This priming consists of various modifications and changes to the vesicle and membrane, and involves fats and proteins within the cell.

What Happens After Exocytosis?

In most cases, the secretory vesicle cannot be recovered in its full form to be reused, as it has bonded with the cell membrane. The creation of vesicles is an energy-intensive process, and requires significant effort by the mitochondria, the energy factories in cells, to carry out this process. In non-constitutive exocytosis, such as neuronal exocytosis, where neurotransmitters are transported, the vesicles are not reused. 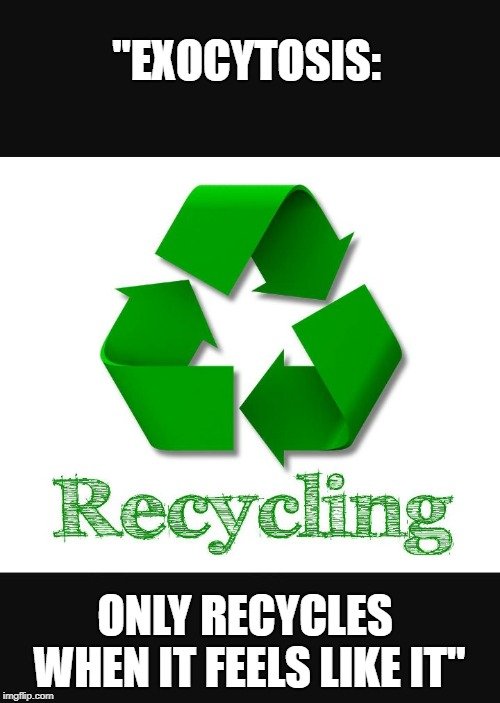 That being said, there are some forms of vesicle fusion that are not permanent, such as “kiss and run” fusion, which allows a partial deposit of vesicle contents, and then a reformation of the vesicle membrane. Recent research has also identified partial emptying of vesicles in some cases, where a secretory vesicle will release some of its contents, detach and reseal, and float back into the intracellular space. It can then return to the membrane and release the rest of its contents, or be re-filled with a new molecule at a receptor site for another organelle.

While the intricate workings of our cells may not fascinate everyone, exocytosis is a critical foundation for life as we know it, in all its diverse and incredible forms. Being able to effectively move complex molecules enables everything from growth and repair to muscle movement, breathing and even conscious thought. In other words, you may not think about it, but you should certainly appreciate all of these silent, reliable processes that keep you alive and kicking every day!