A haploid cell is a cell that contains only one set of chromosomes.

When you look at the world around you, at the broad diversity of humans and animals and the majority of other eukaryotic organisms, you are looking at diploid organisms. A diploid cell or organism is one that contains two sets of chromosomes, one from a male and one from a female. However, as many of you already know, during sexual reproduction, a sperm and an egg join to form an embryo. This embryo is also a diploid cell, and will replicate and divide millions of times to create a human being—or any other eukaryotic, sexually-reproducing organism. 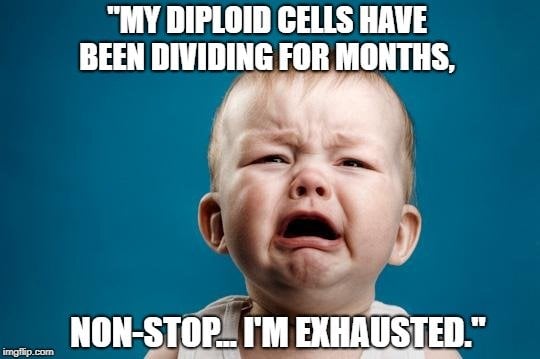 What you may not know is that the sperm and egg—the gametes—are haploid cells, meaning that they contain only one set of chromosomes, making them unique, and also incredibly important in the process of reproduction. Haploid cells are only present as gametes in human beings and most other eukaryotic organisms, although there are some exceptions, which will be explained at the end of this article.

What Does Haploid Mean?

As mentioned, a haploid cell is one that only contains one set of chromosomes. This can be from either a male or female in the species, and these exist so that the correct number of chromosomes will pass to the next generation. If haploid cells weren’t involved in sexual reproduction, each successive generation would contain twice as many chromosomes, making the nucleus dense, heavy and unmanageable.

In eukaryotic organisms, haploid cells come into play during the reproduction of sex cells, also known as germ line cells. These origin cells can be found in the testes of males (in humans) and the ovaries in women (in humans). These germ cells will undergo the process of meiosis, which begins with a diploid cell and ends with four haploid cells. This is different than mitosis, in which a diploid cell replicates and divides itself, resulting in two diploid cells.

To better understand this concept, we will provide a short review of meiosis, although a more detailed explanation can be found here. 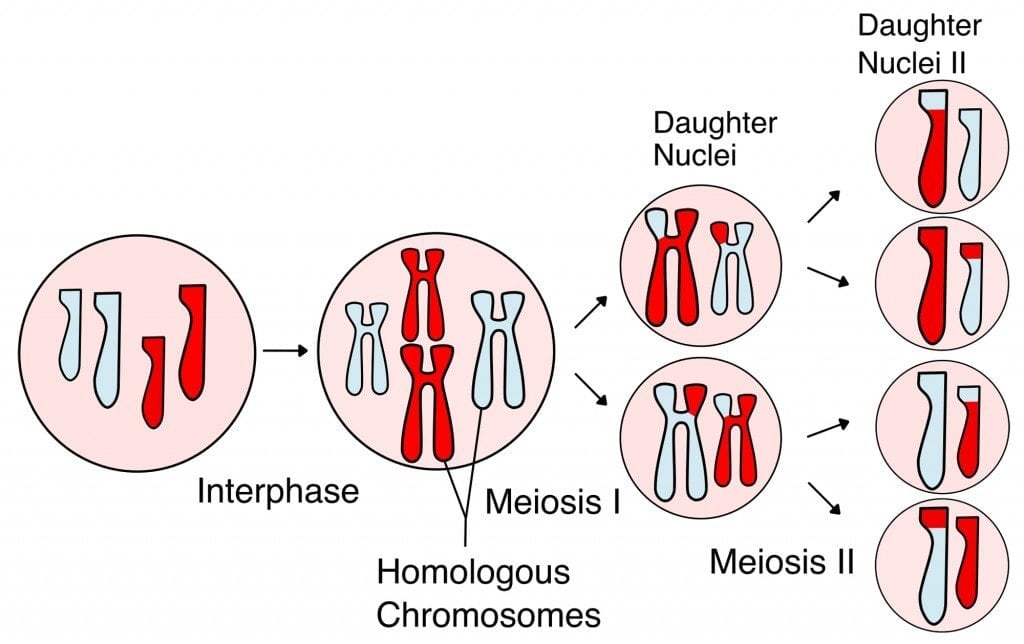 During Meiosis II, the sister chromatids (classic X-shaped chromosomal structure) will be separated by the spindle fibers and secured in two new daughter cells, each of which will only have 23 chromosomes, making them haploid in nature. Once these haploid gametes form (sperm and egg), they can unite during fertilization to form the diploid embryo.

Haploid Cells in Some Plants and Insects

While this process is rather well known and straightforward in eukaryotic organisms like humans and other animals, there are some exceptions, wherein organisms will produce haploid cells at certain points in their life. Certain species of algae and fungi have two potential methods of reproduction, either asexual or sexual. When they undergo sexual reproduction, the zygote that forms after fertilization will undergo meiosis, which will result in four haploid spores. Haploid cells are well understood, but continue to be studied by researchers, particularly as they apply to research on genetic defects, recessive genes, and potential techniques to manipulate chromosomal balance through genetic screening.