We are born as little babies and grow up into an adult, but what is the process behind this growth? In addition, we all know about sperms and eggs, so do they have the same process to produce them or is it different? Well, cell cycle has two ways about it. First is Mitosis and the second is Meiosis. Mitosis is what gets us from a zygote to a full-grown adult while meiosis makes gametes or sex cell, i.e. sperm and egg.

Before we start with understanding these two processes, we need to know few things. First term is the cell cycle. The cell cycle is a sequence of events that happens before the cell finally divides and forms two daughter cells. It has two main phases known as Interphase and Mitotic phase. The interphase is divided into three phases, which are G1 (First Growth), S (DNA Replication) and G2 (Second Growth). During Interphase, the cell is preparing for the mitosis. 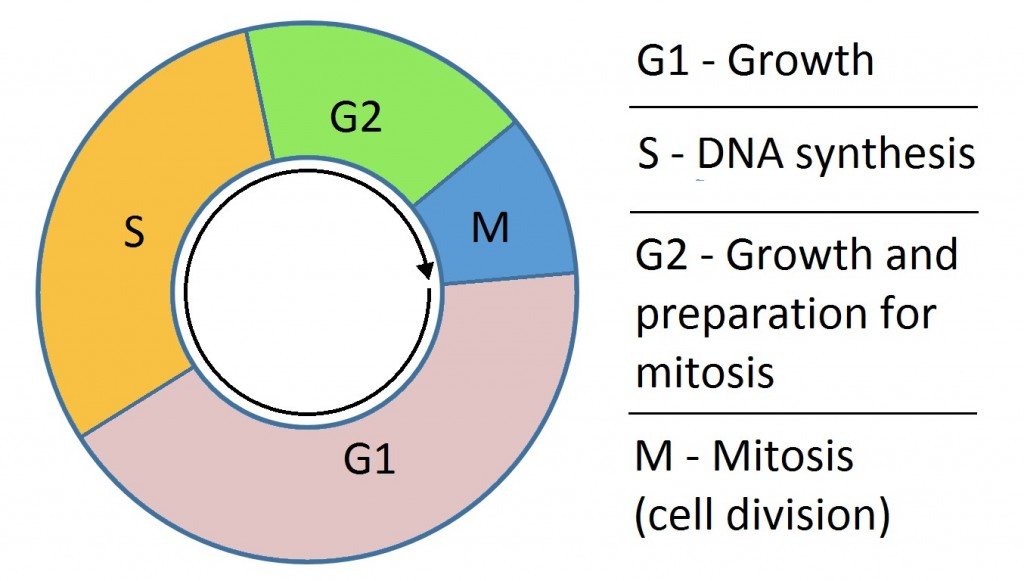 Next are haploid and diploid. Haploid refers to a single copy of chromosomes in a cell while diploid is for two copies of the chromosomes. Human cells are diploid. We get one copy from our father and one from our mother. However, the gametes or sex cells are haploid. 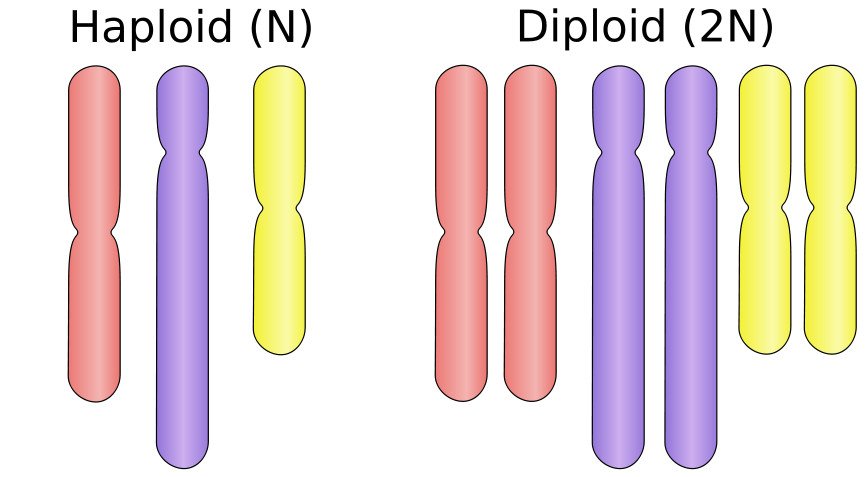 Now we can pay to attention to the cell division process. Both of them have the same phases, namely, prophase, prometaphase, metaphase, anaphase, telophase and cytokinesis.

What is Mitosis – The equational division

The cell grows and prepares itself for the mitotic division in its interphase. This involves duplication of centrosomes, chromosomes and other cell organelles. The chromosomes duplicate and form sister chromatids which are joint in the centre via centromeres. These chromatids will split during mitosis and two daughter cells will get one each. This replication and equal division of chromosomes is the reason for the term ‘equational division’. 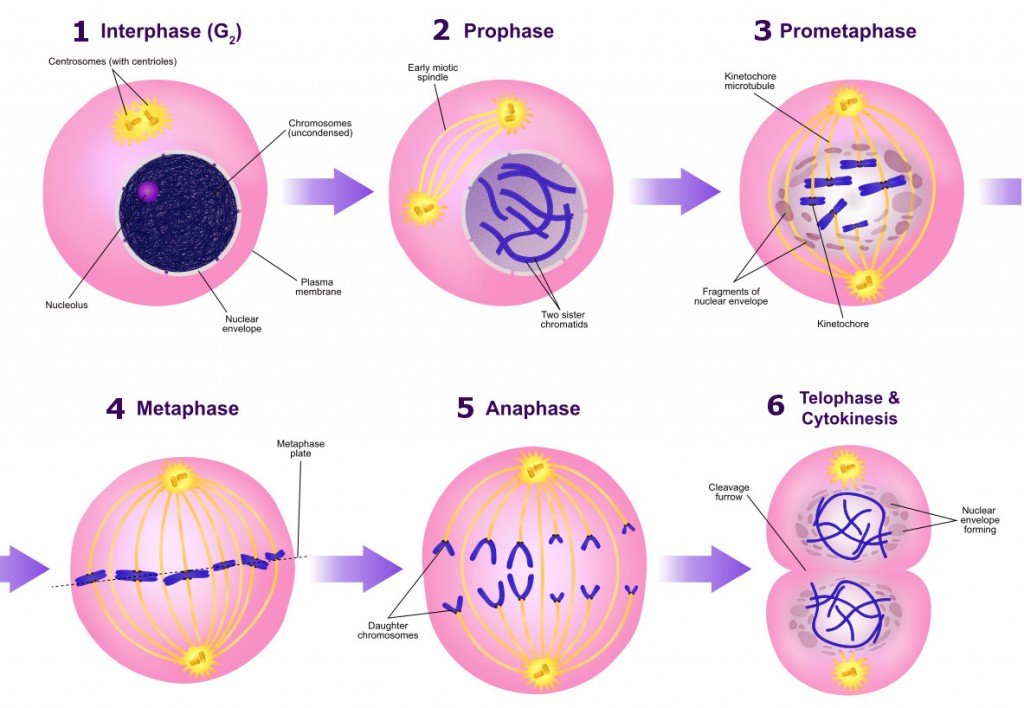 What is Meiosis – The reductional division

Meiosis is used to produces gametes or sex cells. Even though the phases involved are similar to that of mitosis, there are few things that are unique. The process takes place in two parts. 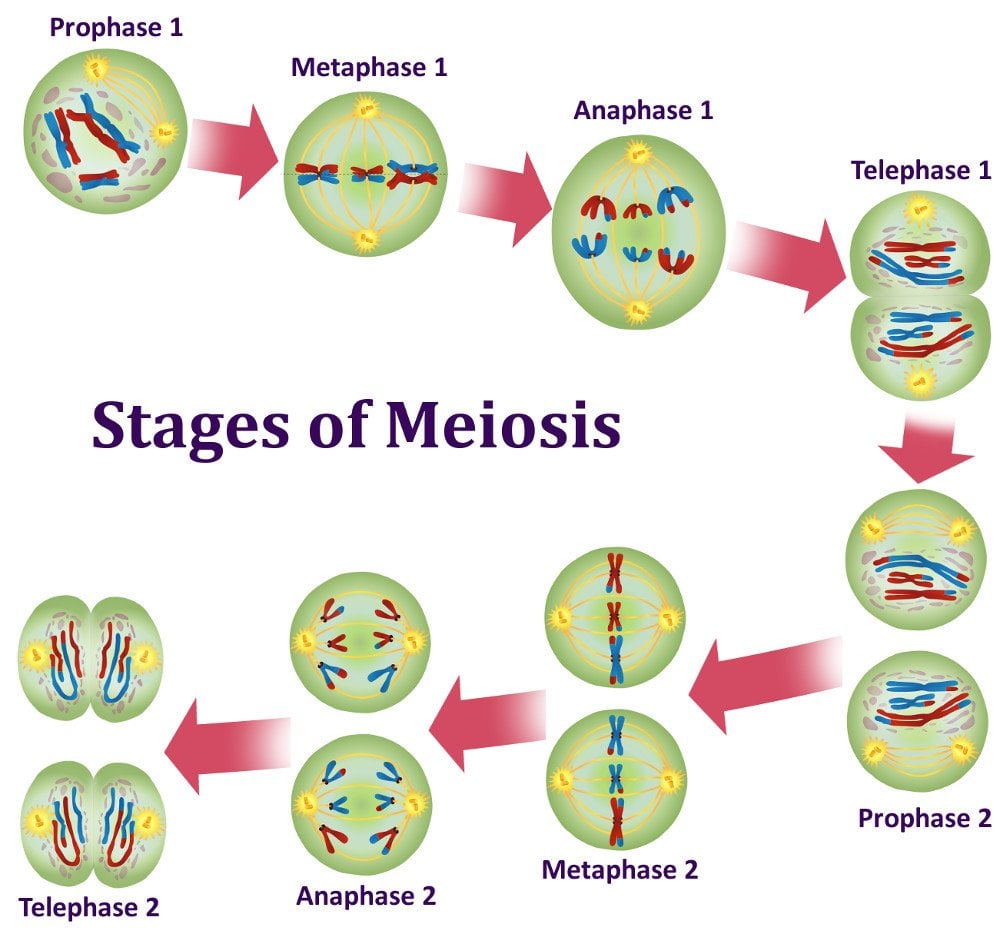 In meiosis two, there is no S phase i.e. no duplication of chromosomes. The process is similar to mitosis as the two sister chromatids are separated and the two haploid daughter cells form four haploid (23 chromosomes) cells with single chromatid. This reduction in the number of chromosome number is the reason for naming meiosis as ‘reductional’ division.