Cytokinesis is the final stage in the cell cycle, when a new generation of daughter cells is formed through the splitting of the cytoplasm and the separation of the two identical cells. This signals the start of a new cellular generation.

For any organism to grow and survive, it requires new cells to be formed. A human embryo—a single cell—replicates itself thousands and thousands of times, diversifying and specializing along the way, to reach our adult state, represented by more than 30 trillion cells in the body! This ongoing process of cell division is commonly known as the cell cycle, and the final stage of this cycle—in which the cell actually splits into two daughter cells—is formally known as cytokinesis.

Cytokinesis is the final stage in the cell cycle, when a new generation of daughter cells is formed through the splitting of the cytoplasm and the separation of the two identical cells. This signals the start of a new cellular generation. The intricacies of the cell cycle that precede cytokinesis are beyond the scope of this article, but can be found in other articles on this site (e.g., XXXXX). There is some overlap between the final stages of nuclear division in mitosis and meiosis and the beginning of cytokinesis, but it is generally the last step before the cells are fully developed and separated.

In simple terms, a contractile ring begins to form and will tighten a band around the middle of the cell, like a cinch being pulled around the opening of a pouch, or a belt being tightened around a large belly. This contractile ring will be formed by actin filaments that narrow the band, forming a cleavage furrow. This furrow eventually deepens until it reaches a single point. At this point the cell membranes separate and refuse together, closing off the two individual cells. This is the rather simple description of a more complex process that will be explained in stages below.

There are four main stages in the process of cytokinesis, each of which must be timed perfectly, and executed once other stages and processes of cellular division have already happened. As mentioned above, some of the final steps of nuclear division may overlap with the beginning of cytokinesis, so there are key markers and signals in the cell that ensure that these steps take place in the right order and at the correct time.

Stage 1 –This first step focuses on establishing the location of the cleavage furrow—namely, where the actin filaments will begin to tighten the “noose” around the cell. The structure responsible for defining this area is the spindle, the same structure that ensure the chromosomes are divided evenly between the two nuclei. The spindle functions as a kind of infrastructure within the cell, and is connected to the nuclei and plasma membrane. The spindle also possesses small structures called astral microtubules that communicate with the cell membrane and guide the alignment of the actin filaments along the future cleavage furrow. Stage 2 – Once the area for the cleavage furrow is defined, it is time for the actin filaments to gather. There are also a number of different proteins, such as myosin, that will be drawn to the same area, which facilitates the pulling of the actin filaments, as the contractile ring begins to form.

Stage 3 – The protein mentioned above, myosin, is also called a molecular motor, as it is a motor protein. While the protein is critical for muscle movement in the body, in the context of individual cells, with the help of ATP, it is able to contract the contractile ring, deepening the cleavage furrow, causing the cell to narrow in the middle as two daughter cells form. The myosin forces the actin strands to move against one another, as though a muscle were being flexed, and also drop off certain sections, known as subunits, which allows the contractile ring to shrink and the cleavage furrow to pinch. 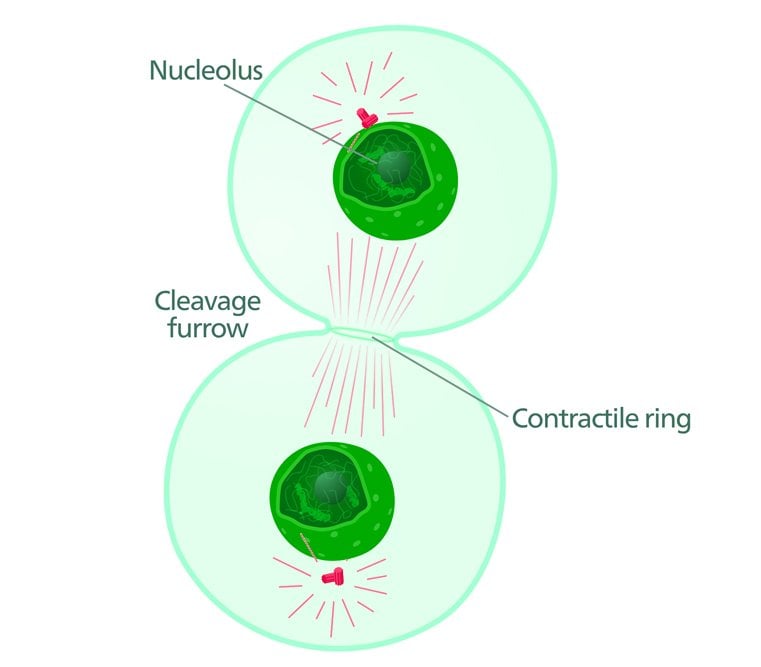 Stage 4 – The last step in this process is the actual breaking of the cell membrane once it has reached its smallest point. The membrane quickly refuses at the broken point, leaving two independent and identical daughter cells, each of which can operate autonomously.

This essential process is slightly different between plant and animal cells, and the stages described above primarily relate to cytokinesis in animal cells. In plant cells, however, the rigid cell wall (not present in animal cells) demands a different form of cytokinesis. The cleavage furrow mentioned above will not form, as the cell cannot be “pinched” quite so easily. Instead, a cell plate begins to form in the center of the cell once the nuclei have replicated and divided. This cell plate will gradually thicken to form a new cell wall that divides the daughter cells. 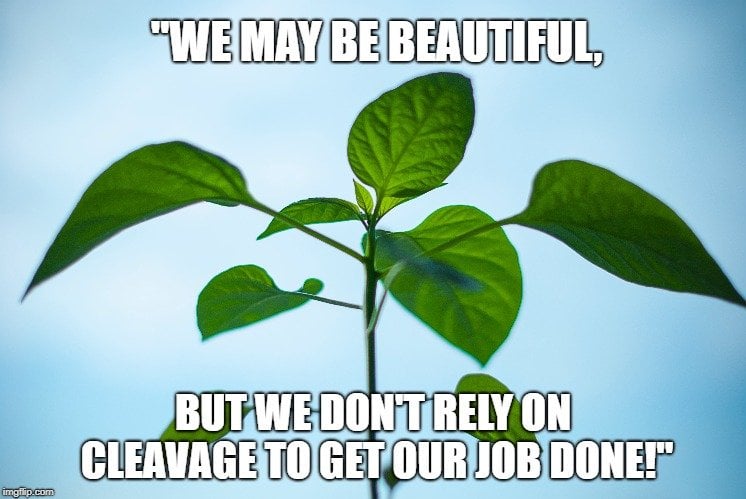 Aside from this difference in the final stage of cellular division, plant cells and animal cells follow the same pattern of mitotic division.

Why is Cytokinesis So Important?

The importance of cytokinesis should be obvious by now, as it is the final step in replicating both animal and plant cells. Without this key step—and its precise execution—organisms wouldn’t be able to grow in size and complexity. Without cellular division and cytokinesis, life as we know it would be impossible. Without the billions of cellular divisions that occur throughout the course of our lifetime, we would not be the endlessly complex and long-lived beings that we are!