Space is black for two primary reasons — the finite number of stars in the universe and because our ability to see is limited to the visible spectrum of light.

Staring up into a night sky full of stars is one of the most humbling and powerful experiences we have as humans; it is a sight that has inspired us for tens of thousands of years. While the naked eye can see fewer than 4,500 stars at any given point on Earth, we know that there are at least 100 billion stars in the Milky Way (our galaxy) alone.

If that hasn’t completely fried your sense of perspective, consider this—it is estimated that there are more than 170 billion galaxies in our universe, many of which are far larger than our home galaxy. 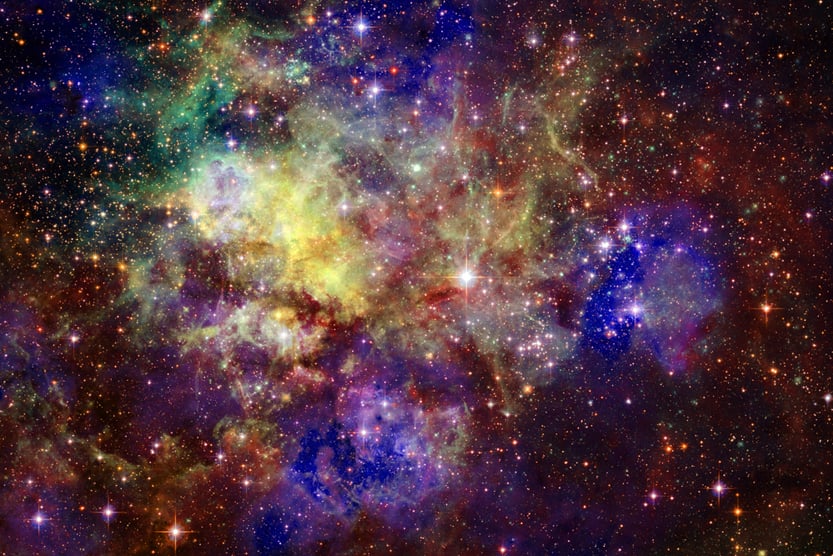 Billions of galaxies in the universe (Photo Credit : Outer Space/Shutterstock)

This means that there are trillions of stars in the universe, each one a pulsing, radiation machine that can illuminate the space around it for millions of miles.

Given those incalculably large numbers, it comes as no surprise that a common question throughout history has been about the apparent lack of light in the sky. More specifically, why does space appear to be black?

When the most powerful telescopes every made gaze out into the vastness of space, they are essentially looking back in time. We are able to see 46 billion light-years in every direction, while any light source beyond that distance has not had enough time to reach us.

Even when we focus those incredibly powerful telescopes at a tiny point in space, one that appears to be completely black, light still reaches our observation equipment, and we find even more stars and galaxies. The numbers of stars and galaxies is staggering, and difficult for our brains to even comprehend. Galactic distances are almost inconceivable, so for all intents and purposes, the universe often seems infinite. 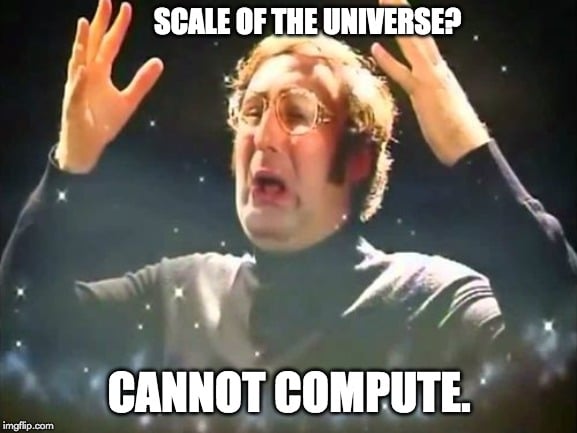 However, as many experts have noted, and as thought experiments have revealed, if our universe was truly infinite, then if you looked far and long enough at any single point in space, eventually you would land upon a light source, even if it was on the other “side” of the universe. Yet, we see that this isn’t the case, and given our understanding of the Big Bang, accelerating expansion, and the Cosmic Microwave Background, the prevailing belief is that the universe is, in fact, finite. If the universe were infinite, then we would never see empty space (the color black) between galaxies and stars. Every point of darkness would be filled with stars or galaxies, at an infinite range of distances and depths.

In the case of an infinite universe, our night sky would be permanently illuminated, which we know is not the case. Again, based on the massive, ungainly proportions of the universe, even though it is filled with trillions of stars and hundreds of billions of galaxies, the vast majority is completely empty. Although this may be hard to conceptualize, some experts believe that the density of matter in the universe is roughly one hydrogen atom per cubic meter! If we imagine the entire universe in a cube the size of a cardboard box, and all of the stars, galaxies, planets, asteroids and moons would be equivalent to a single hydrogen atom in that box, you can begin to understand just how empty space is, and thus, “lightless”.

While there is undoubtedly “more” universe out beyond the edge of what we can currently observe, there hasn’t been enough time for the light from those celestial bodies to reach us since the Big Bang. More interestingly, due to the accelerating expansion of the universe, not only are celestial bodies and galaxies moving away from us at nearly the speed of light (at the furthest edges of the universe), but the space between those bodies is also expanding at a rapid rate. What this means is that the edge of the universe is perpetually getting further away from us, and is, in fact, moving faster than the speed of light! What this means is that, even billions of years from now, the night sky will still be black, as our sight will never be able to catch up with the furthest points in the universe.

Aside from the physical aspects of the universe (e.g., density of matter, speed of expansion) that affect the general blackness of space, there are also the limitations of our vision. For example, human beings can only see light in the visible spectrum. On the electromagnetic spectrum, however, the visible spectrum is a narrow band, bordered on one side by gamma rays, X-rays, and ultraviolet rays, and bordered on the other by infrared, radar, microwaves, and radio waves.

These different types of radiation (forms of light) are created throughout the universe and pumped out among the stars, but we are unable to physically see that light without specialized sensors. More importantly, at the very start of the universe—the Big Bang—the entirety of the mass now present was contained at nearly infinite density and temperature, before it rapidly began expanding outward. Initially, the universe was so unstable that atoms weren’t even able to form. All of that radiation, heat and energy, in theory, would therefore be distributed evenly throughout the universe as it expanded, meaning that we should be experiencing and witnessing it from every direction, all the time. 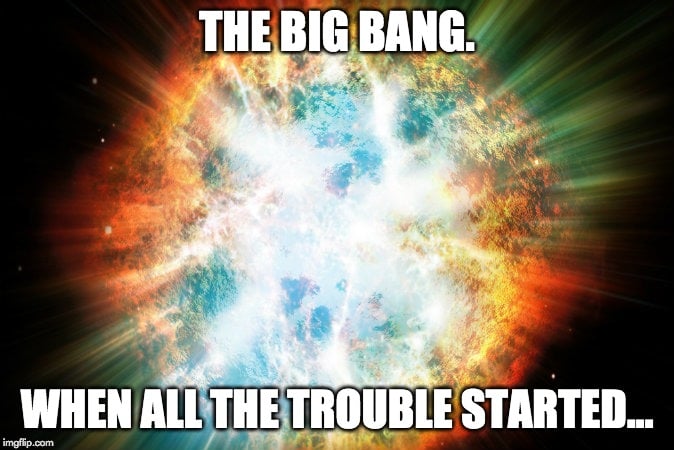 As it turns out, in the past 13.8 billion years, much of that radiation has “cooled off”, but it hasn’t disappeared. As mentioned earlier, there is something called the Cosmic Microwave Background, which is essentially the afterglow of the Big Bang, and it is almost uniformly present throughout the universe. This radiation is very cold, with low amounts of energy, and therefore not in the visible spectrum of light. If humans were able to see radio waves of such low intensity in the same way that we see visible light, the sky would be endlessly illuminated for us. However, the way our powers of sight have adapted, based on the quality of light generated by our star, doesn’t allow us to see that particular type or range of radiation.

The seemingly endless black of space can feel isolating, but remember that what you can see with the naked eye is only an infinitesimal fraction of the stars and galaxies that lie in the far reaches of outer space. Even so, the vast majority of space is a vacuum, bereft of any object that would generate visible light for us to witness. Finally, if the dark empty void brings you down, remember that it is, in fact, filled with light… just the kind we can’t see!