While gazing at the sky, it’s unlikely to see a star that has already experienced extinction. The lifespan of a given star is much longer than the time is takes for the light to reach us.

“It shows you exactly how a star is formed, nothing else can be so pretty. A cluster of vapor, the cream of the milky way, a sort of celestial cheese, churned into light.”

Stargazing is a beloved and consistent experience. Stars are very much mortal, just like humans, but we live on a far shorter time scale. They are born, they live for a specific amount of time, and ultimately they die. All of this has induced a modern and succinct anecdote that goes something like this:

When gazing at the sparkling stars in the night sky, you’re actually looking into the past. There is a possibility that the stars you are watching might have already died.

Are The Stars Really Long Gone?

Well, this shouldn’t be too hard to understand. If you go beyond our Solar System, the distances to the stars are measured in light-years. Thus, it’s correct that when you look at the stars, you are perceiving them as they once were.

Light is famously known to be the fastest thing traveling in the universe, moving along at a lively pace of 300,000 kilometers per second (186,000 miles per second), yet it takes years for light to cross even relatively “small” distances in space.

Scientists have calculated that it takes approximately 8 minutes and 20 seconds for light to reach Earth’s surface from the Sun. 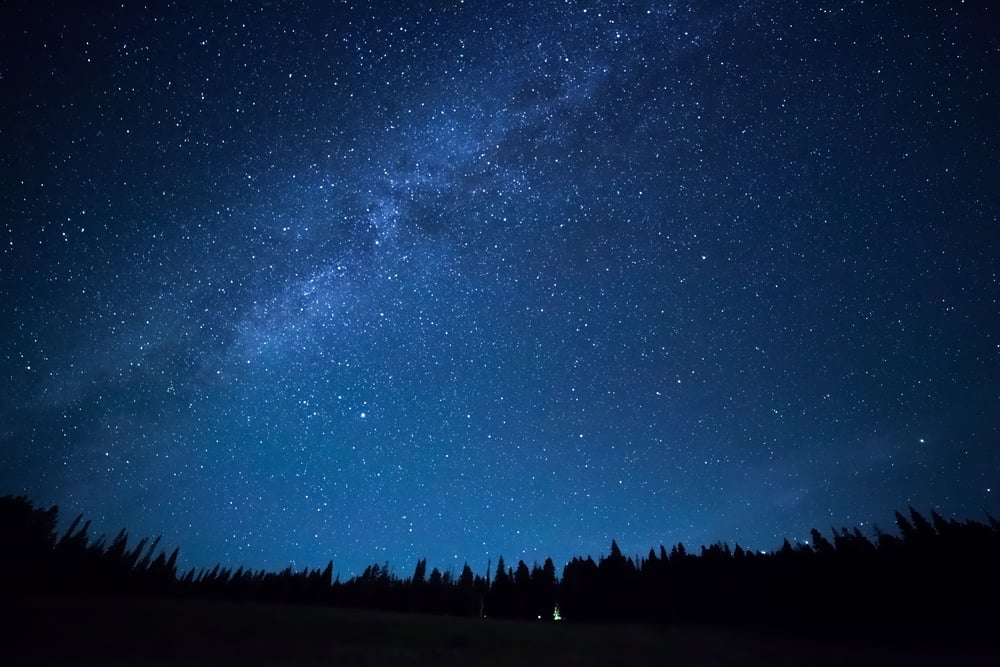 The night sky as seen from the Yellowstone park, similar to what the human eye could see ideally (Photo Credit : Pozdeyev Vitaly/Shutterstock)

There are a total of about 9,000 stars that the naked human eye can discern under ideal conditions — no light pollution, full sky viewing, complete darkness etc. Every single of these stars resides in our own galaxy—the Milky Way. None of these are millions of light-years away; in fact, the majority of them are 1,000 light-years away or less.

As the distance from the earth increases, the stars tend to dim quickly. Deneb (approximately 2,600 light-years away) and Eta Carinae (7,500 light-years away) are among the dozen of luminous stars that are visible from greater distances. They use up their core fuel more quickly, but can still live for one million years or more.

A ‘stellar death’ is a rare occurrence, as a star must undergo various important phases on the path towards its eventual demise.

In particular, it has to: 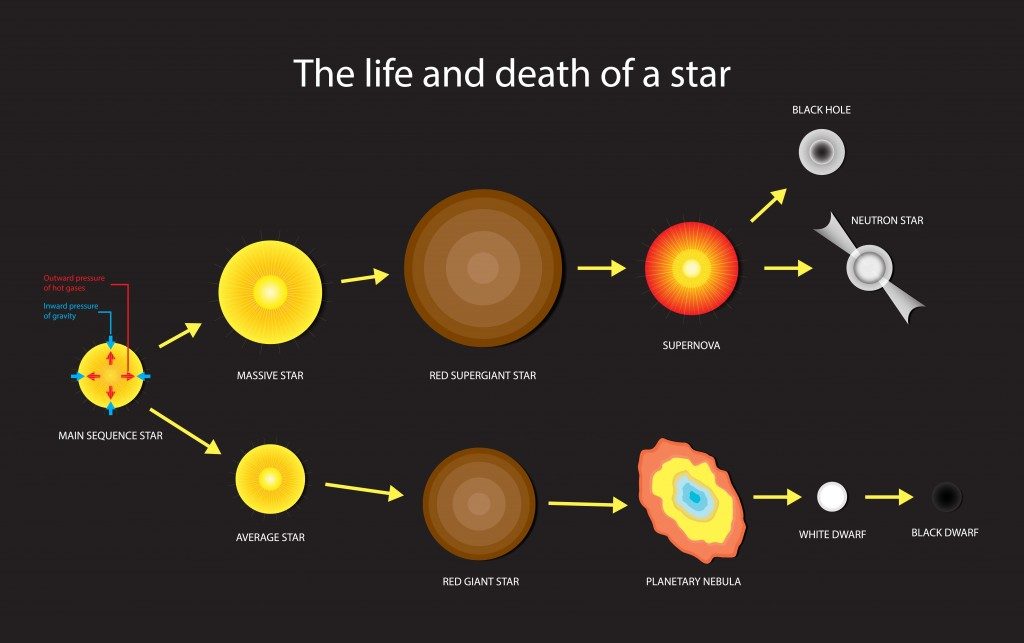 Only one in a hundred stars actually die suddenly, the rest all blow away their outer layers and contract down to become white dwarves, lasting hundreds of billions of years.

How Many Stars That We See Are Already Dead?

Light is just another cosmic machine. The most distant object visible to the unaided eye is the Andromeda Galaxy, which is about 2.5 million light-years away. When the earliest version of our species on Earth was just establishing its fragile foothold, the light that reaches us today had just left the Andromeda Galaxy, a whopping 2.5 million years ago. Large telescopes allow you to look into the past, meaning that you are seeing the Andromeda Galaxy as it was before the existence of modern human beings.

If a bright star, such as Betelgeuse in the Orion constellation, explodes (and it will one day), we wouldn’t know about it for centuries. In fact, it may have already exploded and we simply haven’t seen it yet! 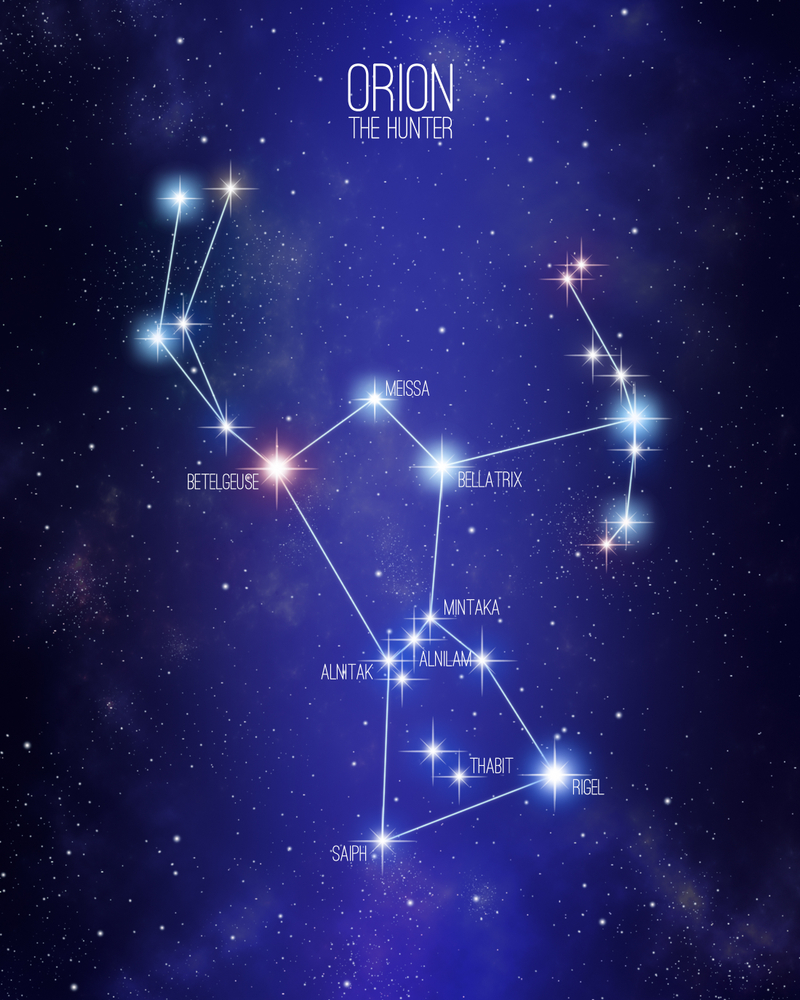 Even if we use a telescope to gaze at the night sky, it would not be foolish to guess that there are actually no stars still emitting their light. The last supernova known to have occurred in human history was 400 years ago. Appearing in 1604, Kepler’s Star or Kepler’s Nova is the most recent supernova in the Milky Way Galaxy to have been observed by the naked eye. This infers that one or two supernovae may have already occurred and the remnant light of their stars is still approaching or reaching us right now.

A possible candidate star for supernova that is visible to the naked eye may be roughly 4,000 light-years away. Hypothetically, there are 25 of them in the entire sky, so the odds that one of the stars we can see isn’t there anymore, is only 1-10%. But what about newly forming stars? Remember, it takes tens of millions of years for a protostar to actually become a bonafide sequence star. 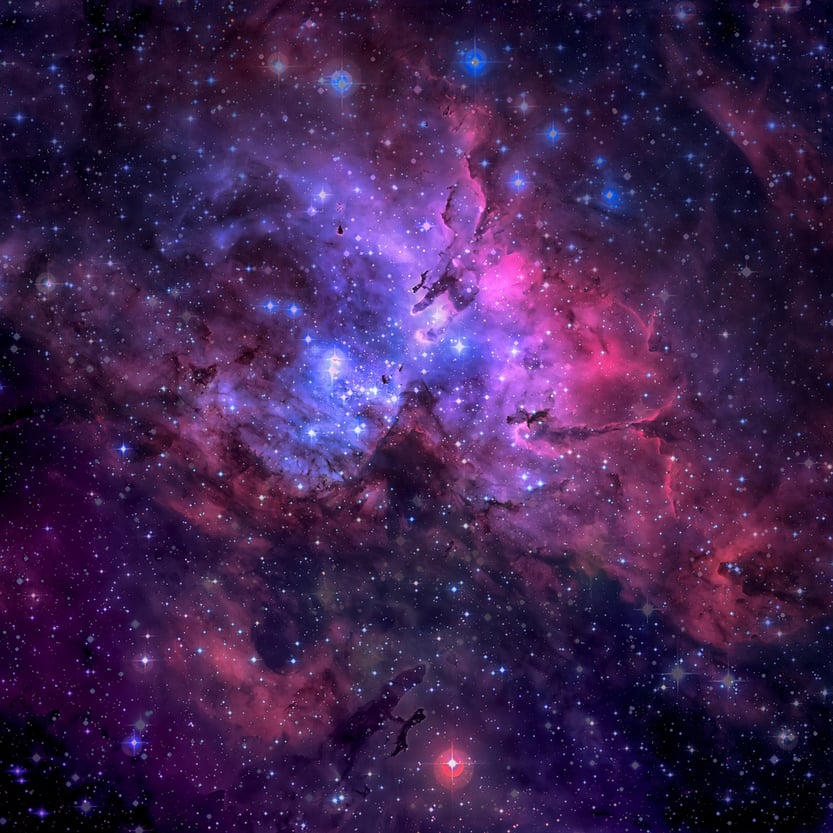 The eagle Nebula or Messier 16; the pillars of creation can be seen at the centre. (Photo Credit : NASA images/Shutterstock)

It is simply incorrect to think that all, or even a lot of the stars in the night sky are already dead. The light travels very fast, so it is unlikely for any of them to have already died while their light was still in transit towards us. Smaller stars live longer than larger stars, and they’re the ones still shining in our galaxy. The odds of spotting a dead star is unlikely, but not astronomical. Basically, when you look up at the sky, you can be confident and relaxed that the vast majority of the stars you see are actually still there.