If you are lying on your terrace, staring into the beautiful night sky and wondering how this beautiful universe began, you’ve come to the right place. This is the “first cause” that Aristotle was talking about. The earliest explanations tell us how the almighty God created the cosmos with his omnipotence out of sheer nothingness. Surely, the majority of people don’t believe this, right? 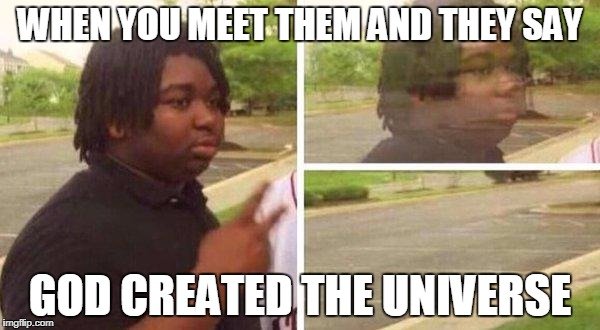 Fortunately, there is another story, a much more scientific and thus, more convincing one: The Big Bang Theory.

Whereas cosmologists and physicists have written entire books about it, explaining the phenomenon in under a thousand words can be a difficult task, so I will tackle it by answering a series of common questions.

What is The Big Bang Theory?

The Big Bang Theory is the leading explanation about how the Universe came into existence. However absurd it might sound, as you will find out, it is widely accepted because it best fits the data. It was contested by a few other theories, but prevailed as the most widely accepted view of cosmology. And no, it’s not a reference to the sitcom. 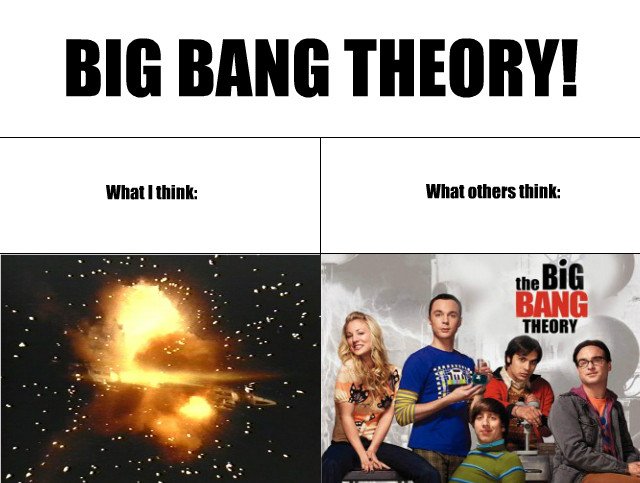 The Belgian Roman Catholic priest Georges Lemaitre first put forward this idea when astronomer Edwin Hubble, in 1924, contrary to Einstein’s belief in a static universe, discovered that galaxies were flying apart from one another, implying that the Universe was continually expanding. 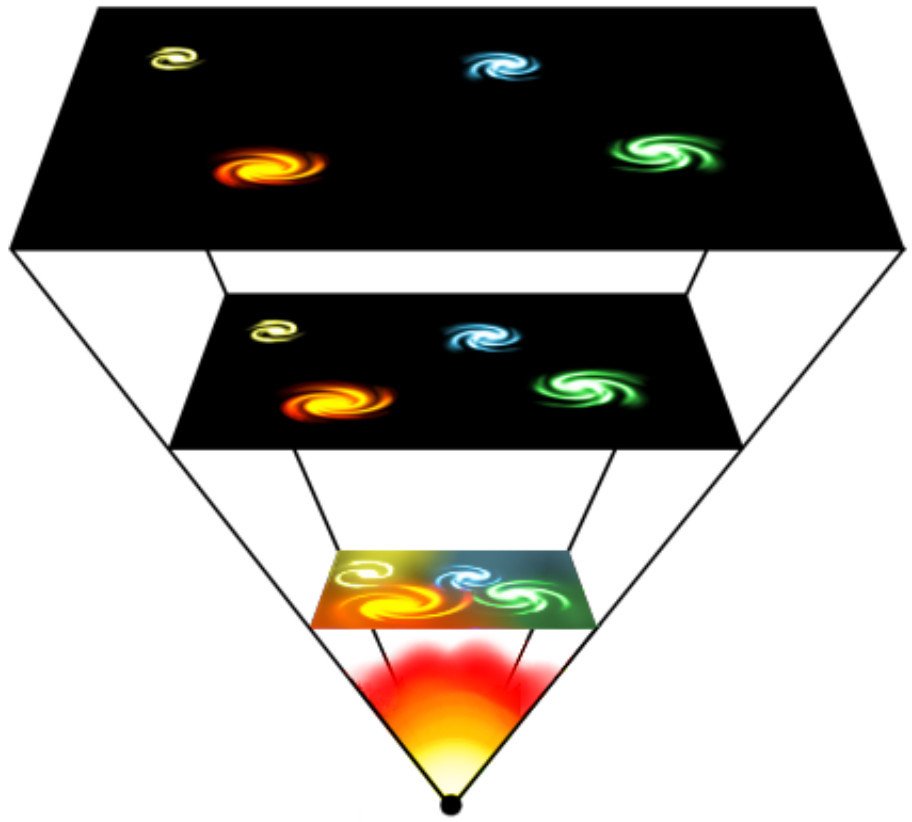 Rewinding the whole scenario, Georges realized that at a certain time, the universe was much smaller and its subsequent expansion could therefore be traced back to a single point from which the universe exploded into existence. At that time, all of the mass in the universe was concentrated at this single point, approximately 14 billion years ago.

How do we know The Big Bang occurred?

The CMBR is an almost uniform background of electromagnetic waves that can be seen across the Universe. It is the leftover heat from the Big Bang and paints the whole sky. It is also the oldest light we can see. However, it’s invisible to our eyes, as the light has traveled for billions of years, which has elongated its wavelength or “red shifted” it from UV and visible light to the microwave band.

Left: The electromagnetic spectrum. Right: The CMBR, ever present above us, yet invisible to the naked eye.

Its discovery was a part of an experiment conducted to determine the shape or “geometry” of the Universe, and was measured by the Wilkinson Microwave Anisotropy Probe (WMAP), a space-based telescope measuring microwave radiation.

WMAP in action, measuring microwaves in every direction in space, without any environmental interference on the surface of the Earth.

The CMBR provides us with a picture of the infant universe, almost 100,000 years after its birth. Initially, due to the excessive amount of heat, the Universe was in a state of plasma, filled with an ionized gas, scattering photons and making it opaque. This was the case until it cooled down, which allowed electrons to gather together and form the basic elements. The picture is therefore comprised of “spots” that are more or less dense.

The CMBR tells us how and why galaxies were formed.

What studying the CMBR tells us about the Big Bang

Let’s examine the CMBR by asking a few more questions:

What are those spots?

The red spots are lumps of tiny masses that aggregated due to gravity, and thus represent lower energies, as they attracted light towards them too, soaking up some of its energy. On the other hand, the blue spots are comparatively less dense parts that represent higher energies, as they let the light pass through due to a lack of mass.

Tiny spots indicating tiny variations in temperature on the small scale of the CMBR map.

With that in mind, how did these tiny lumps form out of absolutely nothing?

Quantum Fluctuations! Quantum mechanics dictate the dynamics of elementary particles at a minuscule scale and tells us that, contrary to popular belief, vacuum is not “empty”, but instead harbors a magnitude of potential energy in a form that is called quantum fluctuations. 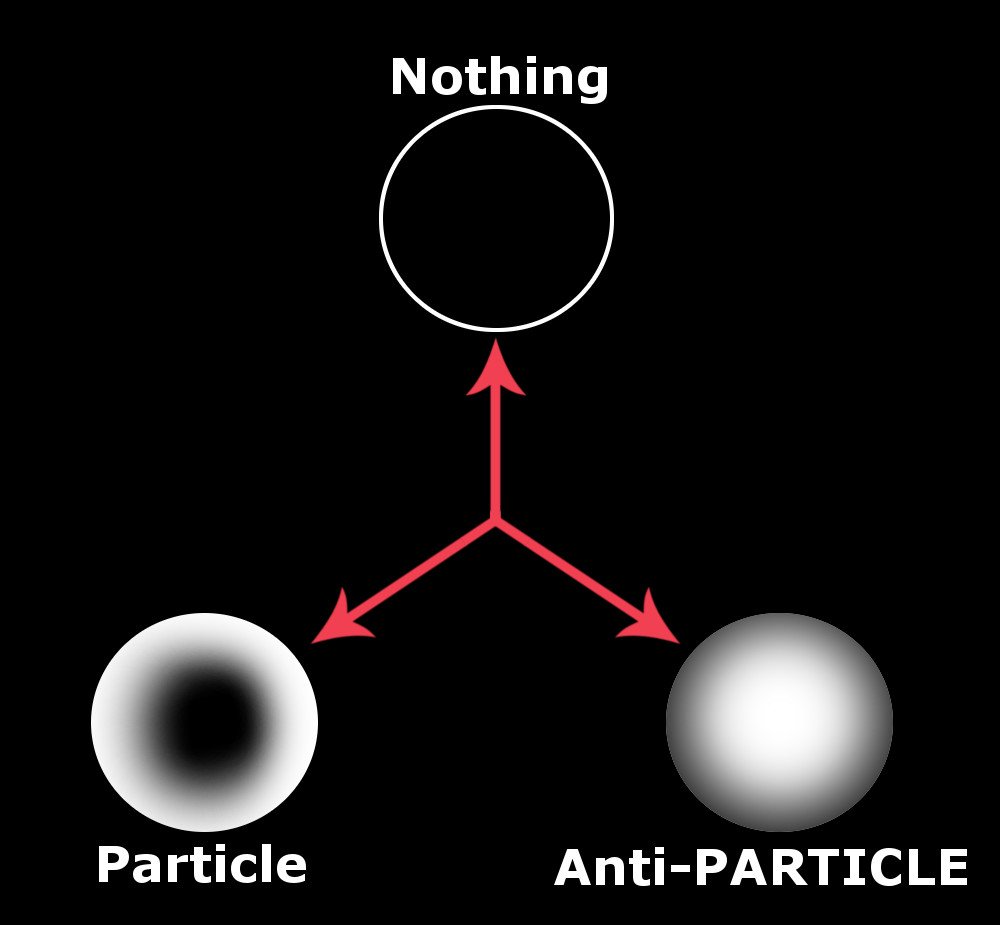 These are virtual particle-antiparticle pairs, like a couple of soap bubbles, forming out of nothing and then annihilating each other back into nothingness.

Yes, however strange that sounds, it is mathematically possible and backed up by Heisenberg’s Uncertainty Principle. 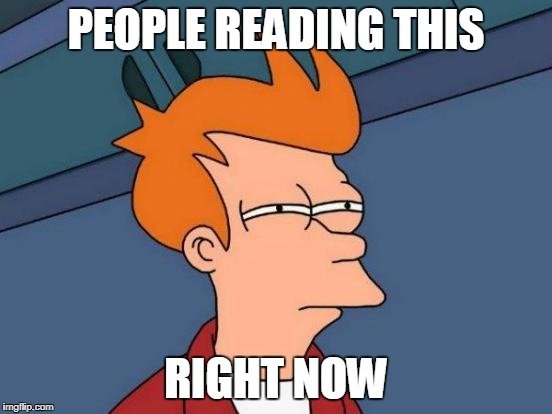 And hold on, there’s more.

Also, why is the map so homogeneous?

Even more strange is the map’s homogeneity on the large scale. To put that another way, considering the gigantic area the map encompasses, how did these lumps distribute their temperature amongst all the other lumps – even the ones in the corners of the Universe – so rapidly? Even faster than the speed of light?

The homogeneity bothered cosmologists for a while until Alan Guth suggested that the universe expanded rapidly, faster than the speed of light, just after it popped into existence. He called this expansion, “inflation”. 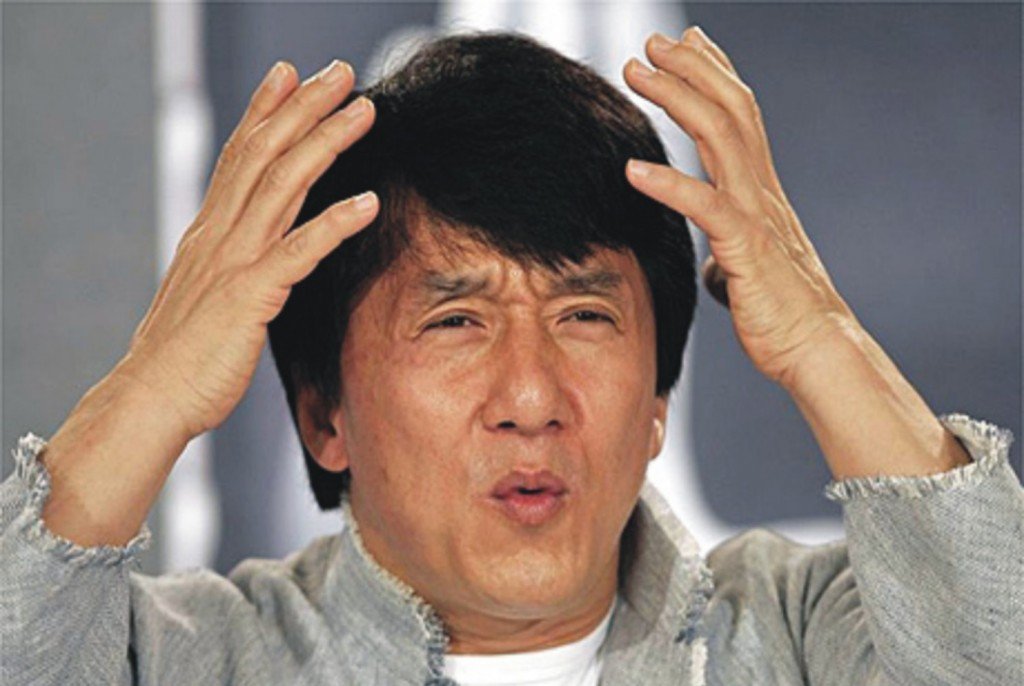 The highly accelerated expansion occurred after 10^-36 seconds and ended at 10^-32 seconds. after expanding by a factor of 10^30. Inflation expanded space faster than the speed of light! 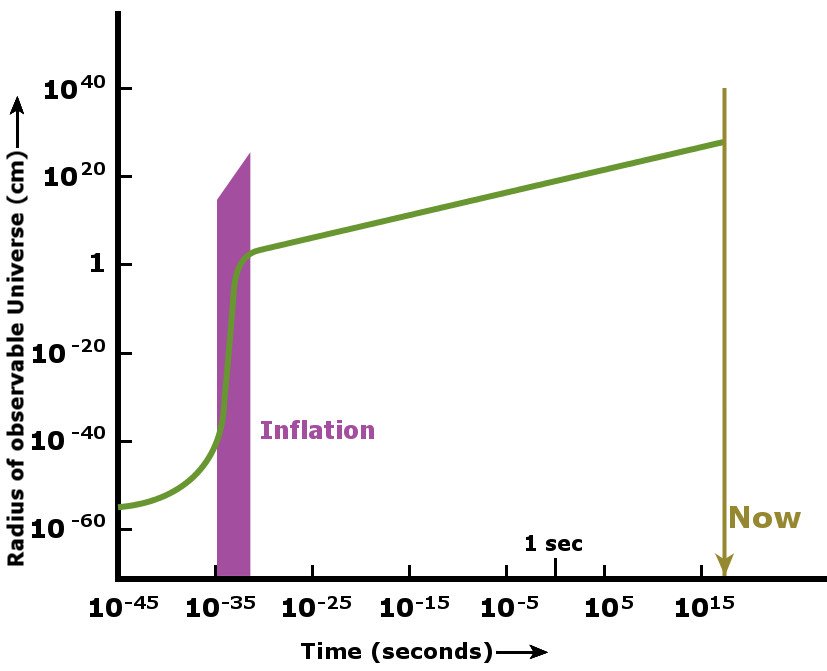 The graph shows the scale of expansion caused by inflation and its duration.

This was enough time to permit the lumps to go through the mundane process of dispensing their heat and reach a uniform temperature, like a cup of coffee on your office desk. The inflation model proposes that the minuscule region was stretched to the larger one, the one we observe now, after the uniform temperature was established.

Thus, the Universe was able to preserve its uniformity and give us the image that the CMBR paints. The phase transition provided some sort of repulsive force that won the battle against gravity and separated objects, regardless of their mass.

But nothing can travel faster than the speed of light, right?

Well, there’s a loophole; nothing can travel faster than the speed of light through space. The law does not account for space itself, which inflation expands, thereby separating two objects without violating Special Relativity.

What caused inflation is still unclear and the range of proposed theories are beyond the scope of this article. Although, a popular theory is that the universe underwent a phase transition, converting its randomness to order, releasing an incredible amount of energy in the process, just as a refrigerator freezes water by releasing heat into its surroundings.

This energy is utilized by doing work on space and expanding it exponentially. Thus, the Bang is inflation itself.

Renowned cosmologists Stephen Hawking and Lawrence Krauss have advocated this view of small bubbles popping in and out of existence randomly and blowing up into the incomprehensible universe we see around us through inflation.

Connecting the dots, the whole phenomenon can be summarized by this illustration: 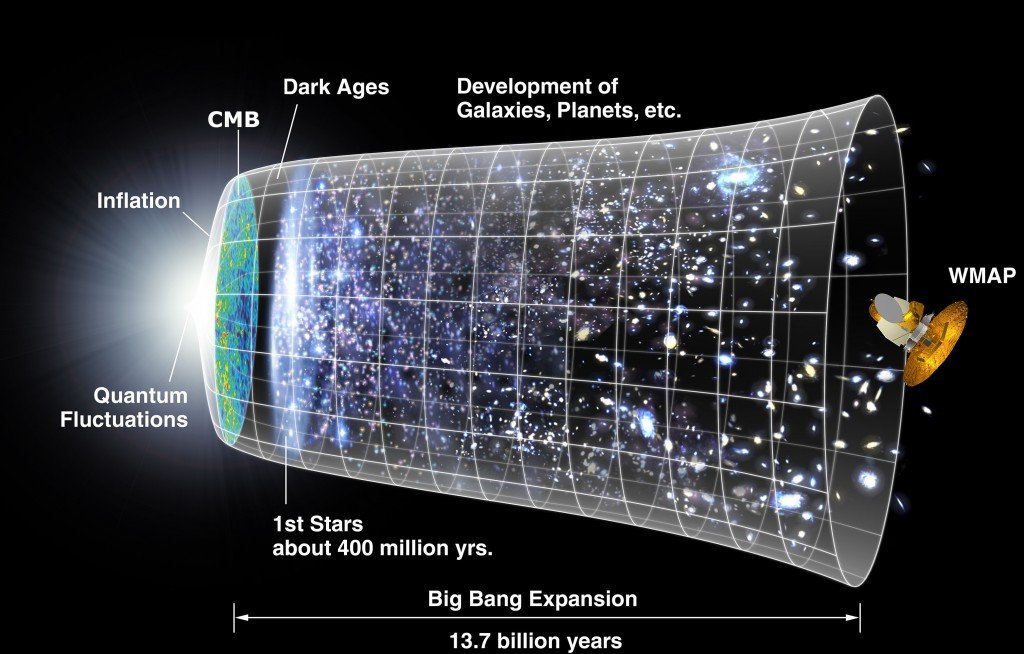 Illustration summarizing the birth and evolution of the universe according to The Big Bang Theory. (Photo Credit : NASA/WMAP Science Team / Wikimedia Commons)

Like an annoying yet genuinely curious five-year-old, one can just skip right to the start and ask, why is there something rather than nothing? In fact…

The question, regardless of how metaphysical it sounds, is a scientific problem. However, it is too complex to answer yet. Quantum fluctuations allow for particles to pop in and out of nothingness randomly, but only in the crucible of a vacuum.

But again, where did this vacuum come from? (This is the last one, I promise) 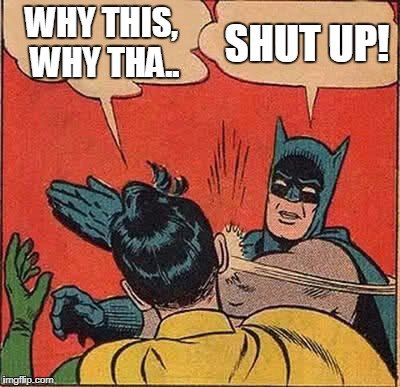 Even thinking about nothing makes us uncomfortable. The answer, at least right now, to this perplexing question is… we simply don’t know. What we can say is, apparently, there is something rather than nothing because, as Lawrence Krauss says, “nothing is simply… unstable”.