When Edwin Hubble declared that the Universe was continually expanding, Einstein was so perturbed that he reportedly called his inclusion of the Cosmological Constant in the Theory of General Relativity the “biggest blunder” of his life. The blunder was his assumption that the Universe was a static, unchanging place. The expansion of our Universe implies that its diverging inhabitants, like the diverged rivulets from a pinched hose, can be traced back to a single point. The Universe was then determined to have been conceived from a stellar explosion, the first cosmological event, a Big Bang.

If the Universe was infinite and everlasting, then every line of sight would end up on the surface of a star, such that the night sky would be as radiant as the surface of the Sun. This is, of course, not the case, to account for which, stars mustn’t shine before a certain time. The discovery that the Universe has a beginning, nearly 14 billion years ago, is so profound that it led Stephen Hawking to claim it to be “probably the most remarkable discovery of modern cosmology.”

An artistic representation of the Big Bang.

However, one cannot help but wonder what caused this Bang itself? Which is another way to ask what existed before it?

That question, however, is too vague. Physicists narrow it down by scrutinizing only certain aspects of it, such as speculating what prior phenomenon would cause our Universe to exhibit the properties it currently has. One perplexing peculiarity is the Universe’s astonishing order. The Universe, for some mysterious reason, exhibits very low entropy or disorder, and since entropy increases with time, the Universe must have logically begun with an even lesser entropy. A pre-Big Bang theory must account for why it started out this way.

Amongst all the theories, I have enumerated only two of the most important ones. However, these are speculations, not verified facts, but the genius and rigor behind them nonetheless illustrate nature’s acquiescence to outrageous and downright weird possibilities, if, of course, the math allows.

A universe with a beginning implies that it must have an end. Cosmologists refer to this as the Big Crunch, an apocalyptic event where the Universe becomes too crowded and crumbles under its own mass. In the scenario, at some point, gravitational contraction triumphs spacial expansion and pulls every mass toward one single point, developing into a monstrous black hole.

The theory called Big Bounce predicts that our universe sprouted from the collapse of a previous Universe when it collapsed into a singularity and then “bounced back” to produce ours.(Photo Credit: Andrea Danti / Shutterstock)

The single point powering this black hole is known as a singularity. It is a region of zero volume and infinite density, and thus infinite gravity. A few cosmologists believe that it was such a catastrophe that bred our Universe. The theory called the Big Bounce predicts that our universe sprouted from the collapse of a previous Universe when it collapsed into a singularity before “bouncing back” to produce ours.

Singularities are extremely notorious cosmological phenomena. Currently, no branch of physics can explain their behavior. Not only does Einstein’s General Relativity break down at such an infinitesimal scale, but particle physics at an infinite density is also beyond the understanding of the Standard Model of quantum physics. The Big Bounce especially violates General Relativity, as there seems to be no apparent reason why a black hole would abruptly transmute into a white hole. Some believe that our reasoning is incomplete and there must be a new, undiscovered field that converts contraction into expansion.

A unified theory, however, could be of some help. The entailed physics, which is highly esoteric, is a combination of classical and quantum physics called quantum cosmology. It has slyly found a way to predict the “bounce” without encountering a singularity.

Quantum cosmologists speculate that the Big Crunch did not contract into a singularity but to a slightly larger, primitive point of finite volume and density where the quantum effects of gravity reached their zenith and became so extremely repulsive than an entirely novel Universe bounced back from the dead as this repulsive force thrust everything hither and thither.

The theory was coined in the 1960s and gained a fair amount of traction in the 80s and early 90s. Despite its inability to explain how the Universe began with a low entropy, the theory can explain how it assumed a flat and uniform structure. In fact, it requires forward-moving time with decreasing entropy, which I’ve already mentioned is not possible.

Supporters of the Big Bounce theory predict that the birth of our Universe is a part of a recurrent cycle of Crunches and Bangs. However, a Big Crunch seems unlikely, as Dark Energy is expanding the Universe at exorbitant rates. A Heat Death seems to be more plausible.

The Cosmic Microwave Background Radiation (CMBR) recorded in the 1960s was indelible proof of the occurrence of the Big Bang. It was the residual heat, the first rays of light emanating from that explosion, whose wavelength was now stretched to microwaves. However, cosmologists were baffled by how uniform the map was. The isotropy gives a hint as to why the Universe is so ordered.

The CMBR is a sumptuous map that represents indelible proof of the occurrence of the Big Bang. One can quite easily observe the map’s uniformity implying the isotropy of the primordial Universe. (Photo Credit: AirBa~commonswiki / Wikimedia Commons)

Objects reach a temperature equilibrium by distributing their heat to a nearby object or their surroundings until their lowered temperature and the recipient’s elevated temperature become equal. However, the map’s uniformity seems impossible, since accomplishing an equilibrium between astronomical distances is constrained by the speed of light — it cannot be achieved instantaneously.

Alan Guth proposed that an equilibrium was quickly achieved just moments after the Big Bang when the atomic entities were in close proximity. According to him, the equilibrium was promptly succeeded by an exponential expansion of the Universe. It bloated in less than a fraction of a second, assuming the structure we now see. He called this phenomenon inflation. 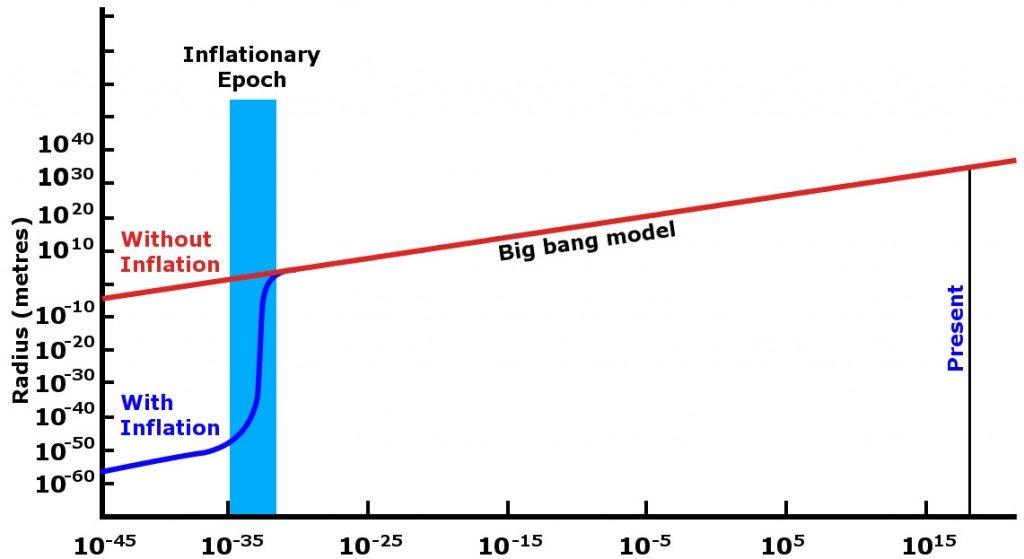 Inflation caused primordial space to expand at a rate more than the speed of light! This is allowed because Special Relativity imposes a limit on objects traveling in space, but not the expansion of space itself.

Inflation doesn’t just beautifully explain how the Big Bang might have occurred, but it can also explain what might have caused it. According to inflation, empty space continually experiences tiny random quantum fluctuations where energized pairs of particles and anti-particles can pop into existence, as long as they exist for an infinitesimal time until before annihilating themselves instantaneously. Inflation separates these entities before they are effaced.

However, researchers in the 1980s discovered that inflation is eternal – the greater-than-light-speed expansion stops in some regions but continues in others. This hints at the formation of a grid of universes or a multiverse that mimics concatenated soap bubbles, where our Universe is one amongst them, isolated from our neighbors, who elude any detection. 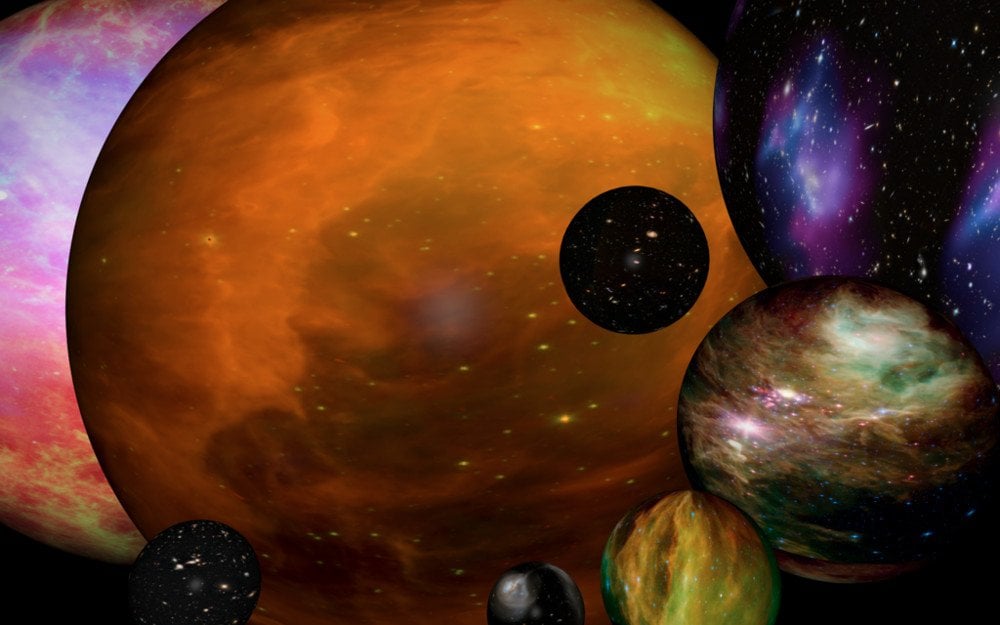 The Multiverse presents a convincing argument for how a low entropy universe like ours could squeeze through a high entropy universe. The isolated bubbles also explain the rigid numbers that universal constants have assumed, a problem that perturbed physicists for a long time.

A multiverse implies that inflation creates infinite universes, each illustrating different properties, all of which can be traced to mere chance. Why then are the laws of nature so generously suspended in our favor? A little dab of misfortune and the constants would have assumed a different value, debarring our existence!

Hitherto, the scientific community has reached a consensus that the Big Bang erupted from a singularity, a point where all the laws of physics break down, rendering only crude accounts of possibilities beyond it. Right now, without a Theory of Everything, a theory that would hopefully unite classical and particle physics, science can only beat around the bush; it cannot predict without any uncertainty how our Universe began. 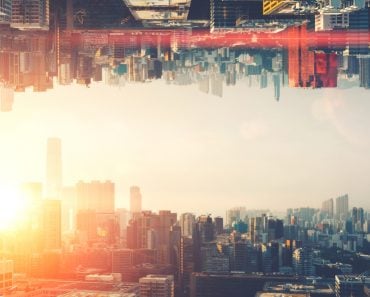