Multiverse theory suggests that our universe, which consists of billions and billions of planets, stars and galaxies, and extends out tens of billions of light-years, may not be the only universe that exists.

Well, if such an idea makes you feel any of these emotions, get ready for an incredibly insane ride, and one of the most hotly debated ideas in the scientific community—the multiverse!

What Is A Universe?

What comes to mind when you think of the word “universe”?

An all-encompassing entity that houses all the galaxies, solar systems, stars, planets, humans, animals, plants, compounds, molecules, atoms, protons and electrons—in short, EVERYTHING in our reality.

Everything that we know and see. (Photo Credit : Antares_StarExplorer/Shutterstock)

If you look at the night sky with the naked eye, you will see thousands of stars and other celestial bodies, sometimes even a galaxy or a cluster. If you toss a powerful telescope into the mix, you can see celestial objects that are millions of kilometers away from our planet. If you continue to search and reach the end of what you are able to observe with even the most powerful instruments of observation, you will come across the earliest stars in the OBSERVABLE universe, and even the leftover remnants of the Big Bang!

Where Does The Big Bang Fit In All This?

In the world of astronomy, the Big Bang is considered the point in the universe’s timeline where it all began: according to the Big Bang theory, our universe began as a single point and then expanded out further, becoming as colossal as it is today—and it’s still expanding!

When we think of our universe, we generally assume that its starting point is the Big Bang—an event that occurred nearly 13.8 billion years ago. 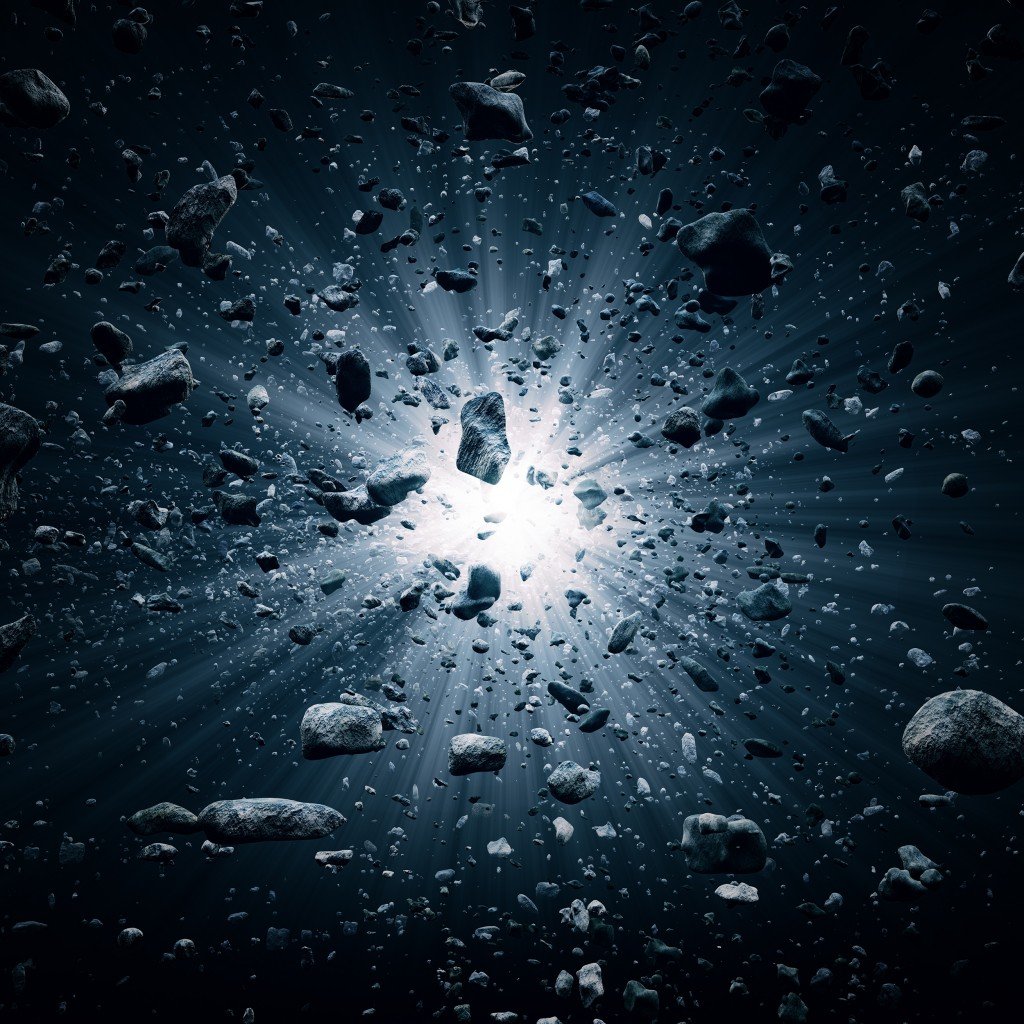 An artist’s representation of the Big Bang

What Is The Multiverse?

This is where the idea of the multiverse comes in. Multiverse theory suggests that our universe, which consists of billions and billions of planets, stars and galaxies and extends out tens of billions of light-years, may not be the only universe in existence.

There could be another universe that is completely different from ours with its own natural laws. Even more maddeningly, there may not be just one, but an infinite number of such universes, all of which differ from one another and harbor millions of celestial bodies and even intelligent life forms, just like our own universe.

Multiverse theory assumes that our universe is only a small member of an enormous multitude of universes.

The idea of the multiverse arose from a now widely popular theory—the inflation theory. It was developed in 1980 and filled in some information gaps where the Big Bang theory was lacking. Although the Big Bang theory offers a valid explanation for the origin of the universe, it has three significant problems. First of all, it doesn’t explain the flat geometry of our universe.

In addition, it also doesn’t account for the monopole problem and the horizon problem associated with our universe. In other words, the Big Bang theory fails to explain why there is so much homogeneity in the universe’s structure.

What Is Inflation Theory?

The Big Bang was a huge explosion, and explosions cause chaos, yet the universe contains a fantastic hierarchy of planets, stars, galaxies and galaxy clusters.

The Inflation theory is therefore often seen as an extension of the Big Bang Theory, suggesting that the universe, which was as small as an atom, expanded to cosmic proportions in a fraction of a second. In other words, it went through a period of rapid expansion and inflated to reach an incredibly large size. Simply put, the universe became massive in a very short time.

This is where it gets interesting: This rapid expansion ended almost 13.8 billion years ago—right when the Big Bang happened.

But again, perhaps that only applies to OUR UNIVERSE.

Many cosmologists believe that this rapid inflation doesn’t end everywhere at the same time; it may end in some regions and continue in others. So, while this expansion ended for our universe 13.8 billion years ago, there may be regions where inflation continued—and may still be continuing—creating a multitude of other universes.

This would give rise to eternal inflation, which creates an ocean of individual universes.

In this scenario, it would be possible for each individual universe to emerge with its own laws of existence—unique physical forces, natural phenomena, values of fundamental constants, and even the laws governing it could be completely different from our universe.

Interestingly, this could also explain why some attributes of our universe, such as dark matter and dark energy, are so difficult to explain with only the laws of fundamental physics.

Controversy Around The Multiverse Theory

The multiverse theory is a hotly debated topic in the scientific world. Some believe that it is merely a fascinating proposition straight out of science fiction, while others support the legitimacy of the multiverse idea. Scientists are trying to find evidence of the existence of multiple universes by observing distortions in electromagnetic radiation left over from an early stage of the universe. Certain special types of black holes can also provide clues to the existence of the multiverse.

The idea of multiple universes is so astounding that it has been hypothesized not only in cosmology and astronomy, but also in philosophy, music, literature, science fiction, and even religion. Because of the universality of this idea, these “other” universes are called by different names, including parallel universes, alternate universes, parallel realities, quantum realities, alternative realities, and more.

Science fiction creators and popular culture as a whole love multiverse theory, and for a very good reason. You may have read novels and seen films in which characters rely on the existence of the multiverse to get out of difficult situations. However, in some cases, the same idea of multiple or parallel realities poses a huge challenge, since the events in a so-called “alternative reality” can neither be predicted nor controlled. 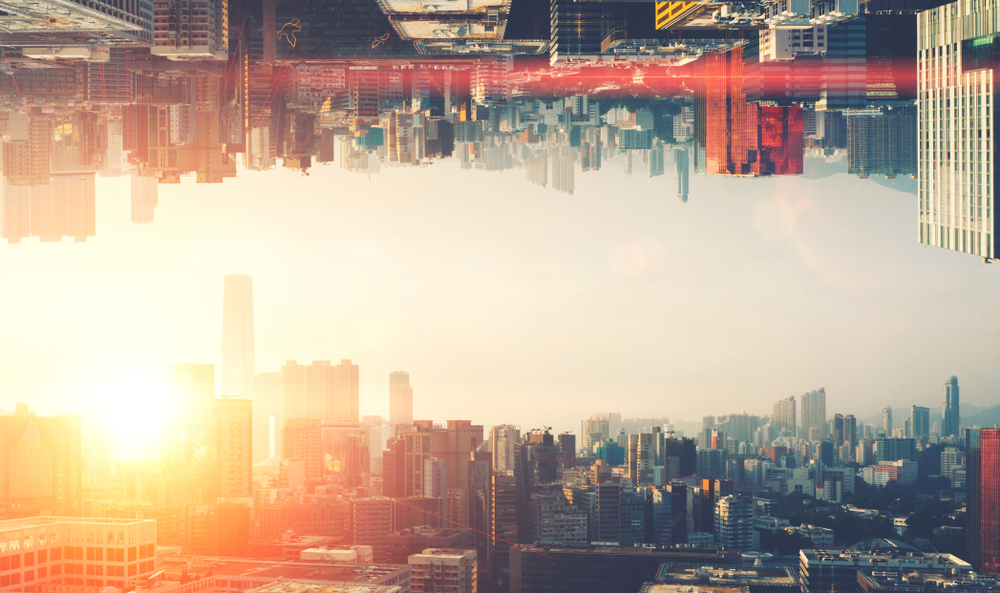 We all love a movie dealing with multiple realities, don’t we? (Photo Credit : GaudiLab/Shutterstock)

Although multiverse theory currently lacks solid scientific evidence, further technological developments in our means of observing the universe could conclusively prove the existence of parallel universes in the years to come.

Who knows, perhaps someday you will talk to another “copy” of yourself and see their shocked face when you tell them that in your world, instead of flying off into the sky, fallen apples land on the ground!