We may have many differences among us; different classes, beliefs, countries, occupations, and even tastes, but one thing that all of us have in common is our microscopic blueprint… we are all made of atoms. This isn’t just shared among fellow humans; rather, it is the case for every form of matter that exists, from bacteria and butterflies to lions, continents and even colossal stars.

Everything with a mass is an arrangement of atoms, as they are the building blocks of matter. The number of atoms in the observable universe is finite, so the atoms keep changing their arrangement to form new things. If they are finite, then we can calculate the number of total atoms in the universe, or at least reach a ballpark figure. To do that, however, we need to understand the origins of matter and the universe itself.

The universe is an extremely vast place, but according to the Big Bang Theory, it expanded from an infinitesimal point. This conclusion came by backwards extrapolation of the observable expansion of the universe through time using general relativity. This extrapolation leads back to an infinitesimal point where there is infinite density and temperature, where no form of matter could possibly exist. 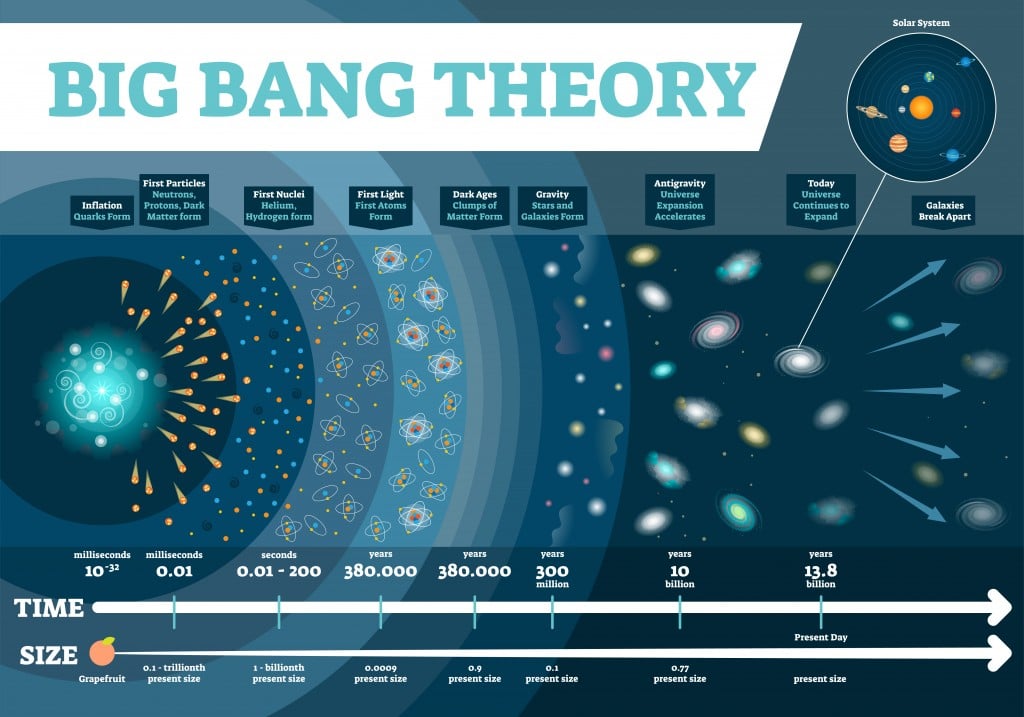 This Big Bang is traced back to a finite time – 13.8 billion years ago, the known age of our universe. The first atoms to form were hydrogen and helium, which started forming about 380,000 years after the Big Bang. 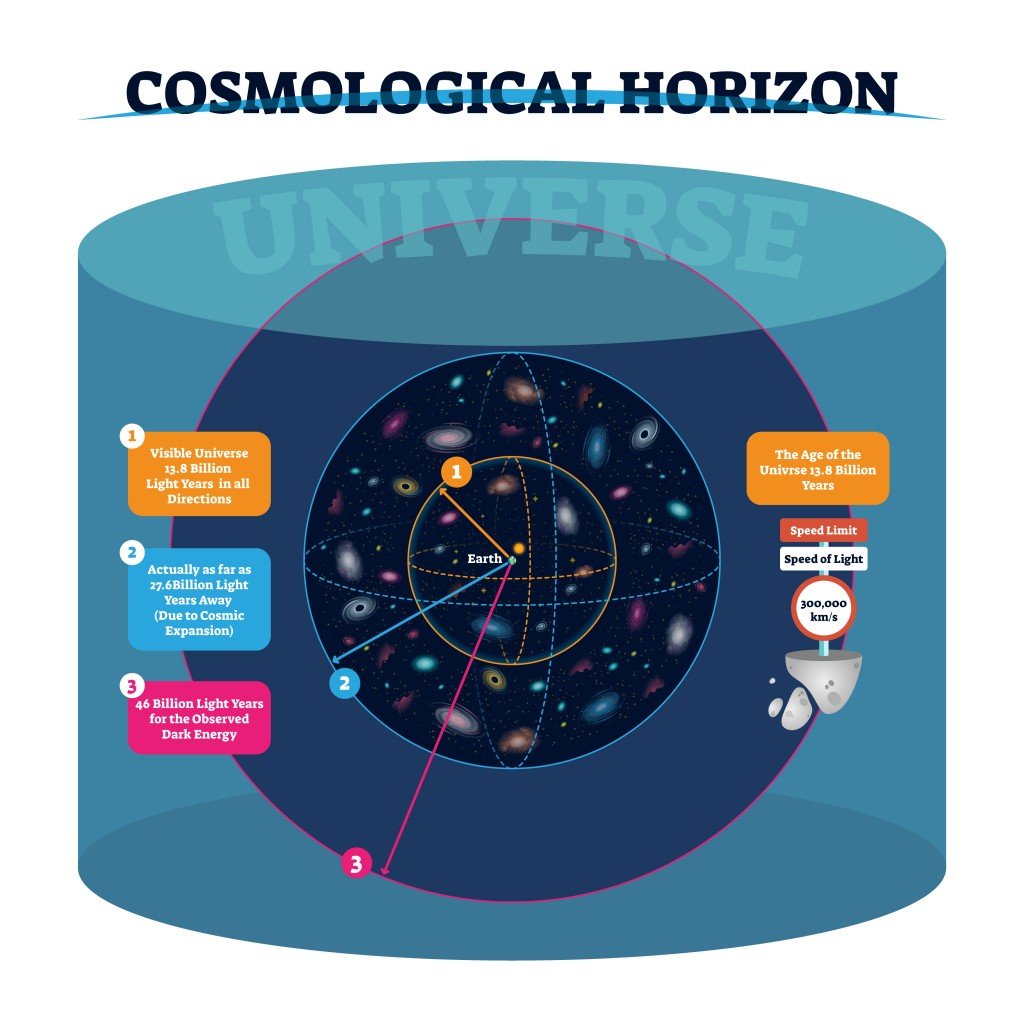 Another thing to consider is the density and distribution of matter in the universe. Based on the cosmological principle, the universe is homogeneous and isotropic when viewed on a large scale. This means that physical laws act uniformly across the universe as a whole and should not have any observable irregularities in large-scale structures. This holds true for matter as well, which is uniformly distributed throughout the universe. This helps in estimating the number of galaxies and stars in the universe, on average. This principle also states that heavier elements were not produced by the Big Bang, but were later formed in giant stars.

Simply put, the universe looks the same for every observer from anywhere it is being looked at; the matter density is the same across large scales.

The Number Of Atoms In The Observable Universe 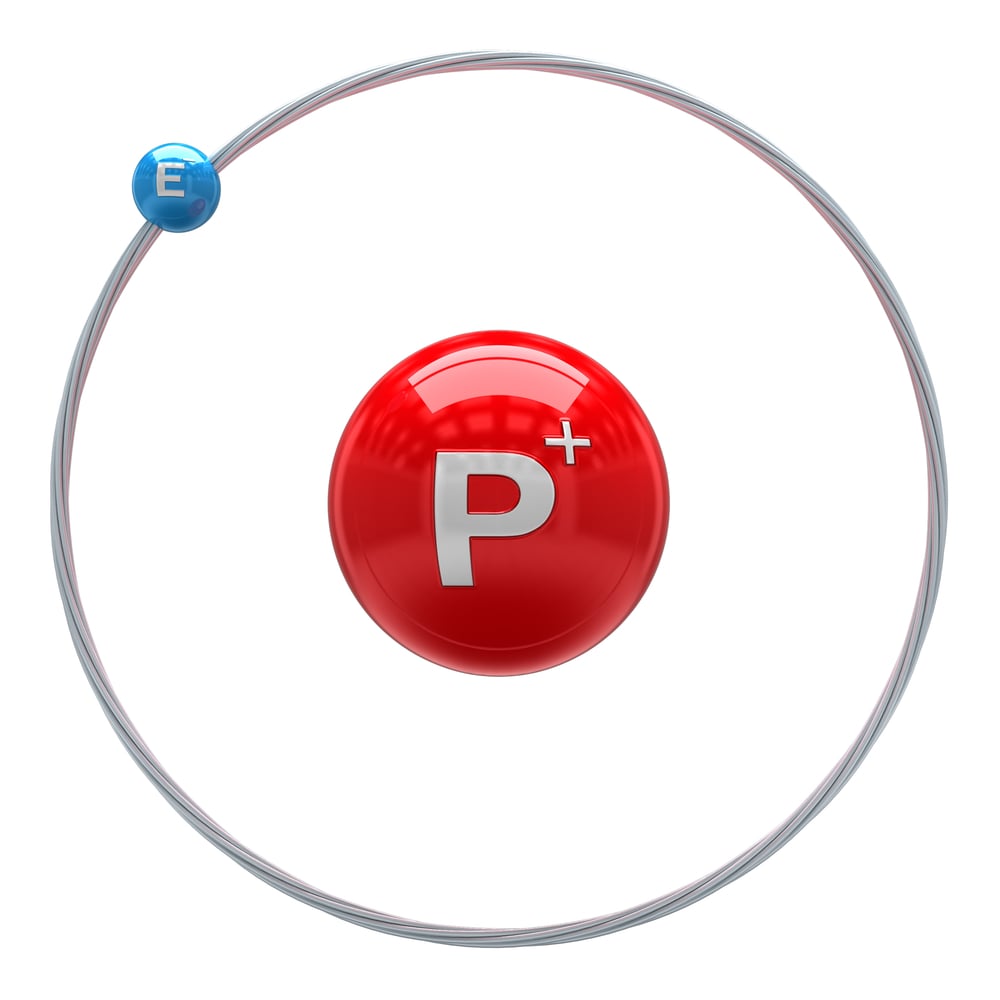 Assuming that the universe is made up of only hydrogen atoms simplifies the calculation so every atom only has one proton. (Photo Credit : general-fmv/ Shutterstock)

Another way to do this calculation is by calculating the mass of the universe. We know on average that there are about 400 billion galaxies in the observable universe, which comes to around 1.2 x 1023 stars or over 100 sextillion. On average, a star weighs around 1035 grams, which makes the total mass of the universe 1058 or 1.2 x 1052 metric tons. Each gram of matter contains about 1024 protons, which is the same if we assume all the atoms are hydrogen, as a hydrogen atom contains only one proton. The total number of hydrogen atoms will then total 1086 or one-hundred thousand quadrillion vigintillion. 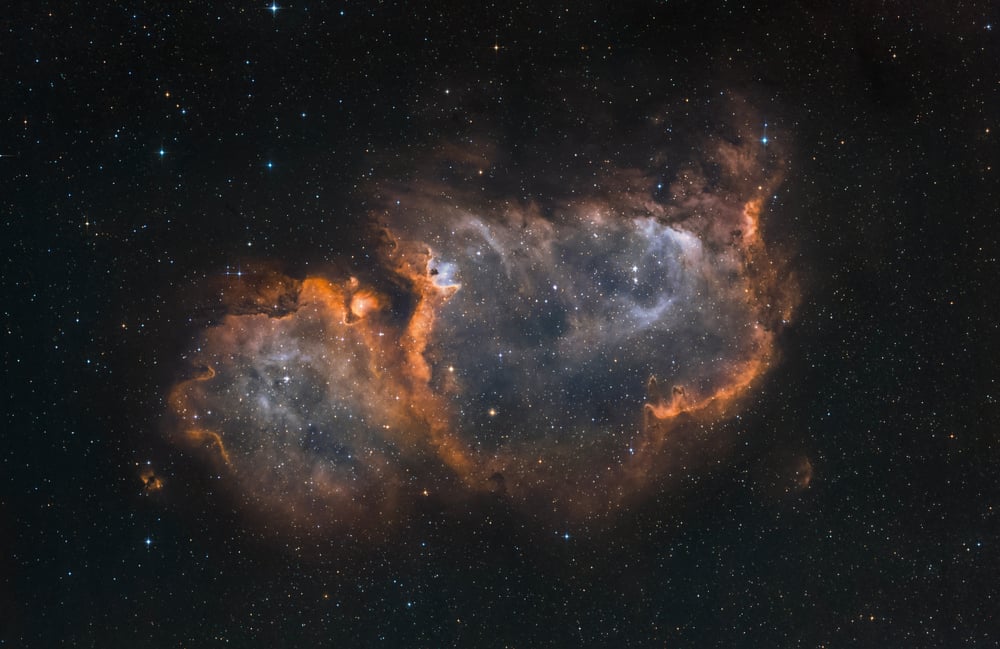 Matter consists of only 4.9% of the observable universe. (Photo Credit : Marcel Drechsler/ Shutterstock)

Even though that number of atoms seems like a lot, matter only comprises 4.9% of the observable universe. The rest is made up of 68.3% dark energy and 26.8% dark matter. Dark energy and dark matter are also postulated to be uniformly distributed or organized in clumps, just like normal matter, throughout the universe. Their properties are largely unknown, but it is agreed upon that they help in the expansion of the universe.

We must note that these are rough estimates based on many broad assumptions. As science progresses further, we will devise even better ways to make more accurate estimates, namely by simulating the universe in computers.

In any case, the atoms will keep transforming into different arrangements of other things, just like the atoms that were once in a star now make up you and me. With all of this in mind, it will be hard to ever forget that you’re made of star-stuff!