Dark matter is an invisible form of matter that has mass. It does not emit or absorb heat, light, or any other electromagnetic waves. Also, it “weakly” interacts with ordinary matter, making it even more stealthy.

Of all the branches of science, one of the most popular is astronomy, and for good reason. Who on Earth has ever wondered about twinkling stars, the shining Moon, and the occasional meteors that light up our night sky! Since the invention of the telescope, our curiosity about the world beyond our planet has only ever increased.

With advanced space telescopes like Hubble, we can now peer deep into the cosmos and detect even those ancient galaxies that formed right after the Big Bang. In fact, it was by looking at one of these pristine galaxies that one of the biggest mysteries of the Universe was first conceived—dark matter!

In the early 1600s, Johannes Kepler figured out that the further a planets was from the Sun, the slower it revolved around the Sun. Some decades later, Newton came along and laid down the fundamental laws of gravity, which allowed us to measure this incredibly important force. 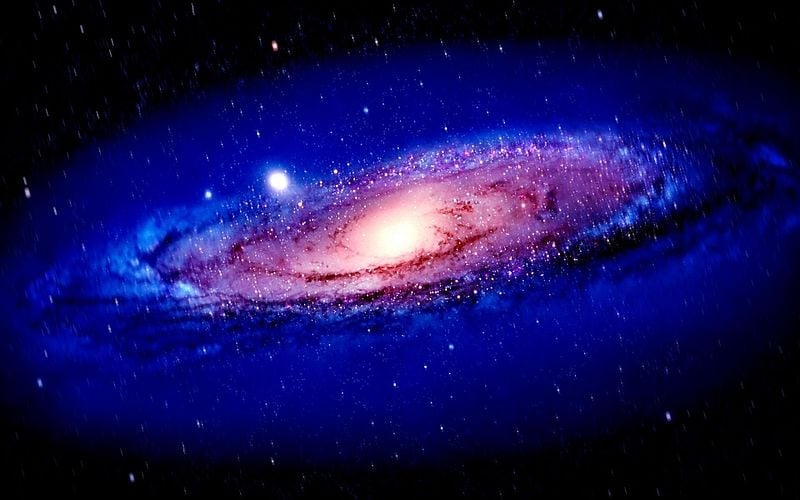 In the 1930s, a Swiss astronomer named Fritz Zwicky, while studying galaxies in the Coma cluster, noticed that a few galaxies were moving at a very high speed. In fact, they were so quick that Zwicky felt that they could no longer remain gravitationally bound and would inevitably rip off.

He surmised that around 100x more matter would be needed to justify the exorbitant pace of these receding galaxies. He was suspicious of this mysterious matter, but was sure that it was not visible like ordinary matter. Thus, he called it dark matter. Unsurprisingly, the scientific community at the time wasn’t convinced by Fritz’s idea. 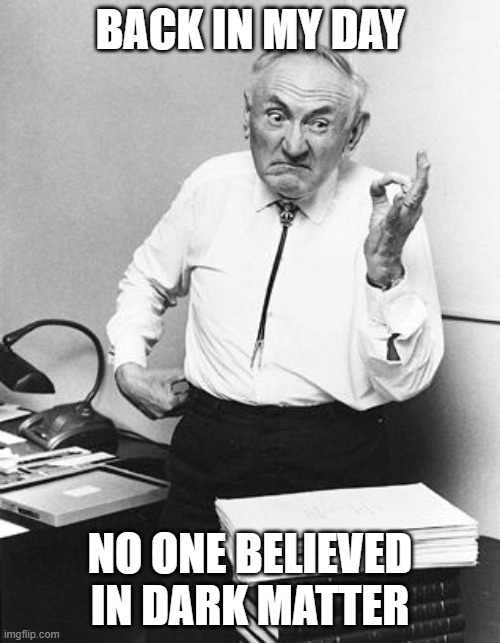 It took another 40 years for his idea to be taken seriously. In the 1970s, another astronomer named Vera Rubin was studying spiral galaxies. Just like Zwicky, she also expected to see that farther out from the center of the galaxy, the gas clouds should be moving slower, according to the laws of gravity laid down by Newton.

What she observed, however, was the opposite. She saw that for many galaxies in the cluster, the further out from the center they were, the faster they were moving. For others, moving further away from the center did not affect their speed, i.e., there was no slow-down in their rate. This observation implied that instead of being concentrated at the center, the mass of the galaxy would have been distributed throughout the disk to justify such speeds. Despite the numbers, there was not enough VISIBLE matter to account for this speed.

The only explanation that could justify this anomaly was some “unseen” matter that had “mass”. This mysterious matter was proposed to be invisible, as it was not detectable like stars, gas, dust, and other known celestial bodies. Furthermore, this matter had to be distributed throughout the disk to get the rotation right. Rubin reckoned that this invisible dark matter was approximately 5-6 times more massive than all the remaining mass of the ordinary matter.

After Rubin’s observation, many more studies were undertaken to discover the secrets of dark matter. 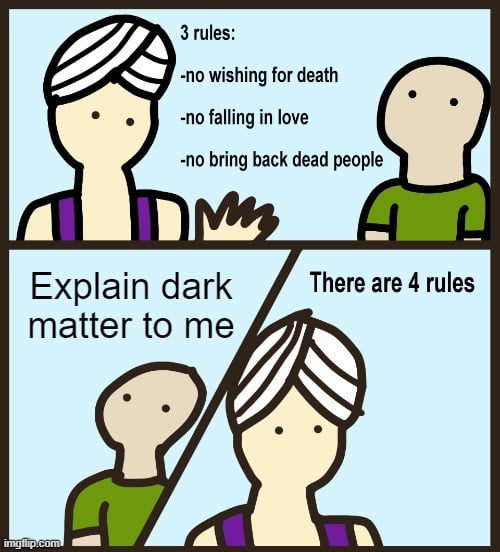 Ironically, the most notable thing about dark matter is that we barely know anything about it! From our studies, we have confirmed that dark matter has mass, but unlike ordinary matter, it doesn’t emit or absorb heat, light, or any other electromagnetic waves.

The material that we are familiar with in the cosmos is fundamentally made of baryonic matter, i.e., composed of protons, neutrons, and electrons. However, most scientists reckon that it’s unlikely for dark matter to be baryonic, as it does not exhibit properties of ordinary matter. Most likely, dark matter is non-baryonic.

The question therefore arises… if it’s non-baryonic, then what is dark matter made of? Several studies are working to answer that question, but thus far, we have had little success. That being said, there are a few hypotheses that attempt to speculate; the first is a hypothesized subatomic particle called the axion.

An axion is a proposed particle that has its roots in quantum mechanics theory. Its existence hasn’t been directly verified, but the properties of axions are quite similar to what dark matter exhibits. Axions have mass, and they don’t seem to emit much light. As a result, their physical structure will be bereft of luminescence and thus “dark”. Studies are underway to confirm their presence, but axions continue to remain elusive.

Another proposed particle that could be the basic building block of dark matter is WIMP. WIMP stands for weakly-interacting massive particles. It is also a hypothesized idea, i.e., it is not empirically verified. This proposed particle has no electrical charge. They are called “weak” because they faintly interact with ordinary matter. Their interaction is so weak that many scientists posit it could pass through us without us knowing or sensing!

Using WIMP, astrophysicists tried to explain a few mysteries of the cosmos, including why some galaxies outer edges rotate faster than the center. In fact, in the scientific community, the WIMP idea is preferred to other competing ideas. Although WIMP helps in solving quite a few mysteries in the cosmos, it doesn’t solve all of them.

For example, when scientists tried to apply the WIMP model and make computational simulations of galaxies like the Milky Way, the simulation predicted the presence of a few hundred small satellite galaxies around the outer periphery of the Milky Way. However, when astronomers tried to ascertain this empirically, they could only detect about twenty of them. These anomalies have exposed the weakness in the WIMP theory; astrophysicists across the globe are trying to come up with an improved model of WIMP theory that could eliminate these discrepancies.

Now, let’s look at some of the larger ongoing efforts to uncover the mysteries of dark matter.

In Search Of Dark Matter

One of the most famous efforts related to dark matter is going on at the Sanford Underground Research Facility under the banner of a large underground xenon dark experiment or LUX. To study WIMP, dark matter experiments are being conducted in a lab located a few thousand feet beneath the Earth’s surface.

It is located underground because an isolated environment is needed to detect dark matter; there cannot be much influence by external noise or other radiation that is typically present in Earth’s atmosphere. Thousands of feet of rock is used as a virtual shield to protect the underground research lab from external interference as much as possible.

At the heart of the LUX dark matter project is an 80,000-gallon isolated water tank that contains highly purified water to detect the presence of WIMP.

Inside this tank is another tank filled with supercooled liquid Xenon. Now, the idea is that if any dark matter passes through this tank and strikes the Xenon atom in this isolated environment, the sensors embedded in the tank would detect/measure the mysterious dark matter. Despite this massive effort, we have yet to come across WIMP. Many scientists posit that because WIMP is inherently so deceptive and weak, it is almost impossible to detect them using sensors made of ordinary matter. 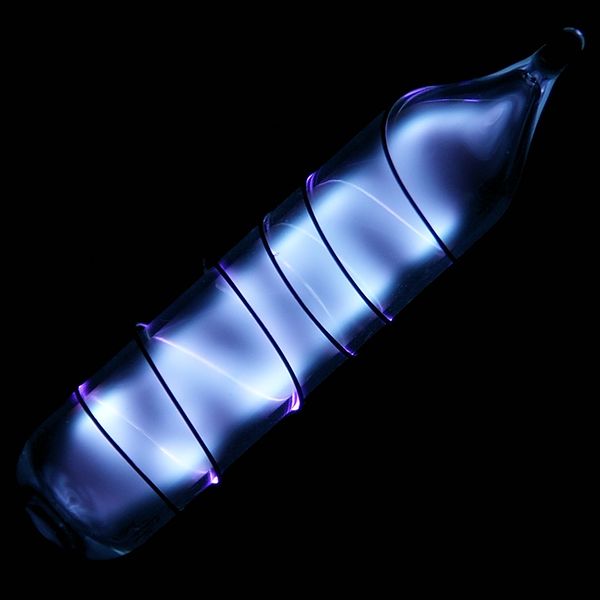 Xenon, one of the heaviest noble gases and a very rare chemical element on Earth, is used as a WIMP detector at LUX (Photo Credit : Chemical Elements/Wikimedia Commons)

Since we can’t capture/detect these mysterious particles, how about creating them in a lab? At CERN in Switzerland, a project is ongoing to create dark matter by recreating the Big Bang. At CERN, there is a vast network of pipes/tunnels that intersect at some points along miles and miles of track.

The basic idea behind this project is to fire a beam of protons from one direction through one of these long pipes, and then fire another beam of protons from the opposite end. The design of this setup is such that there are four points where these two photon-carrying pipes intersect.

Efforts are ongoing to see these beams collide with the right velocity such that it will cause an explosion, wherein a mess of particles will be scattered all around. Researchers expect dark matter to be among them. In short, one of the biggest machines in the world is being utilized to uncover one of the tiniest particles ever theorized by trying to recreate the Big Bang! 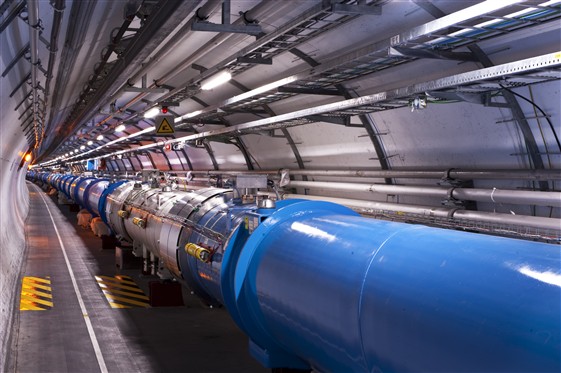 Despite our efforts in uncovering dark matter, anything that could be considered success has been very limited. However, if we can manage to solve this puzzle of dark matter, it would fundamentally transform physics as we know it—the same way Isaac Newton’s laws of motion or Albert Einstein’s theories of relativity changed everything. Perhaps then we would have a better answer to certain fundamental questions, including—what kind of universe are we living in?! 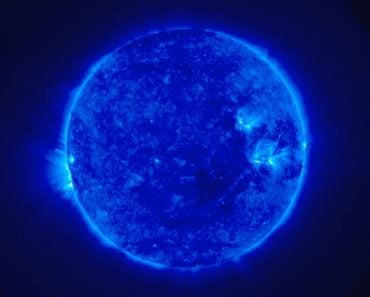