The most important astronomical discoveries to date are the existence of extrasolar planets and the cosmic microwave background radiation.

The nitrogen in the air, the calcium in our bones, the carbon in our flesh… everything we know as “matter” was born inside of a star. As romantics like to accurately comment, we are made of stardust! Understanding the universe has been the goal of man since the dawn of time, and more often than not, this search leads us to the realization that the universe is inconceivably bigger than we ever imagined it to be. The study of the heavens has increased in determination and energy following every great discovery, each one more revolutionary as the one before. Now, let’s see how some of those big discoveries brought us closer to understanding the cosmos over time. 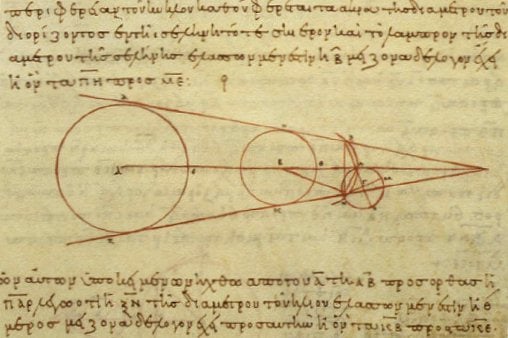 Humans have been looking up at the sky and making observations since the earliest ancient civilizations, and likely before that too! The simple power of pattern recognition is considered the separation point between sentient and non-sentient beings. Maybe if those civilizations hadn’t failed or died out, they might established an even better understanding of the Universe than we have, but the most important conclusion that each of them agree on is that stars and planets have fixed paths and predictable trajectories. This is a fundamental concept of astronomy. 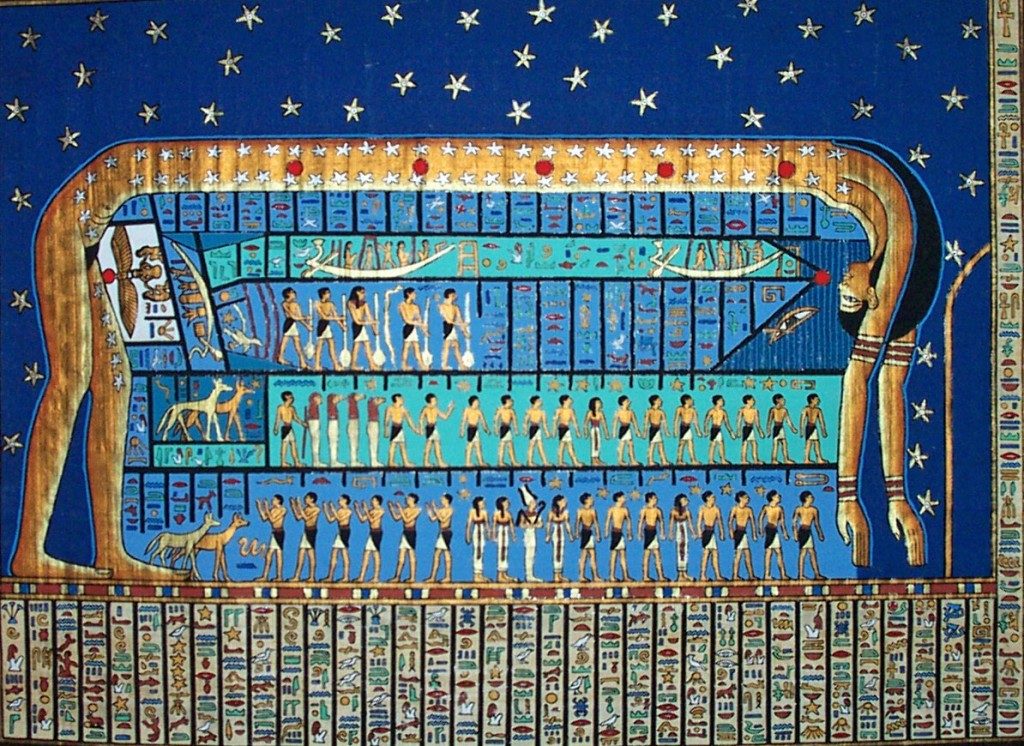 In 1543 AD, when Copernicus became the first person to demonstrate the math behind such an INSANE idea, he was universally ridiculed. In fact, the “heliocentric model” was so revolutionary that Copernicus was actually afraid to publicize it. However, once the idea was finally accepted, it eliminated many problems with older astronomical studies and is considered the first major realization of our place in the Universe. We realized that the Sun is a star, not a God, and that we aren’t located at the center of the universe. 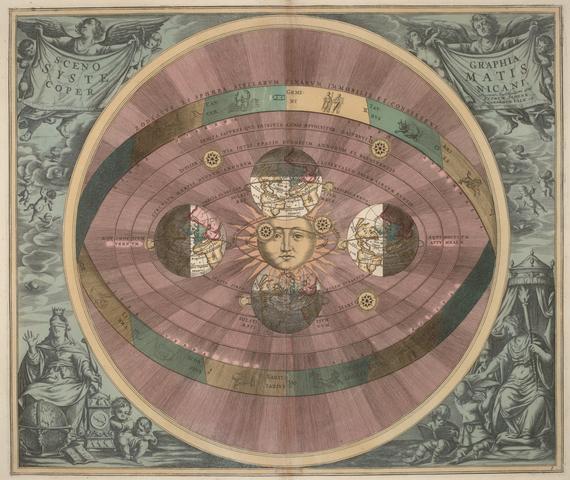 Johannes Kepler proved that the planets moved around the Sun in elliptical orbits, rather than perfect circles. In 1609, this was revolutionary, because it meant that the distance between the planets and the Sun changed over time. Finally, the world understood the reason behind seasons and the apparent motion of planets. Without these discoveries, astronomers would have had a much more difficult time trying to explain why the Sun’s influence on Earth ‘changes’ and why the speeds of other planets seem to vary over time. 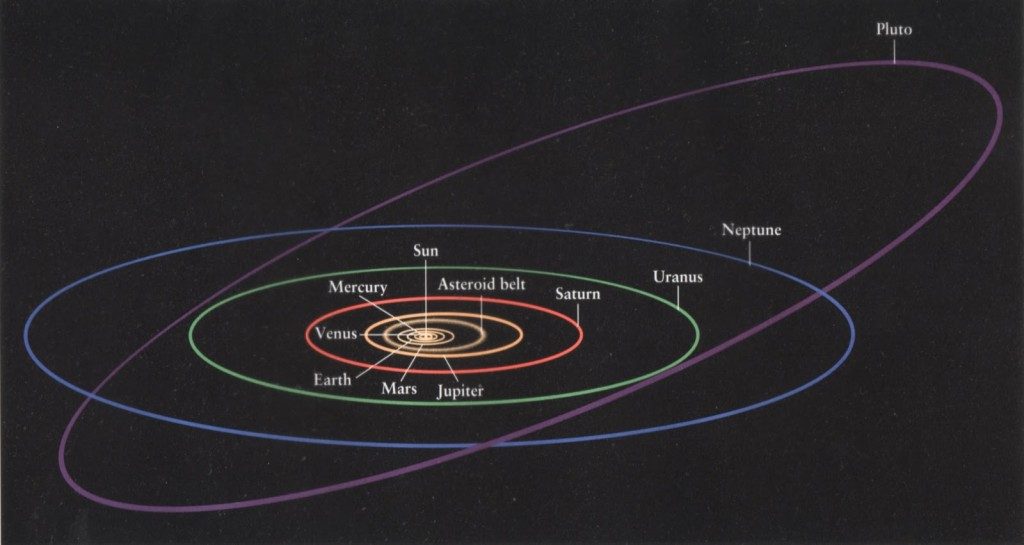 Elliptical orbits of Planets around the Sun

Galileo discovered four moons of Jupiter in 1610 using a telescope that he designed and created himself. They were the first moons discovered that didn’t orbit Earth, making them the most important piece of evidence for Copernicus’ model of heliocentrism. This was tangible proof that planets other than Earth had moons and that we weren’t as unique as we thought. The universe, if anything, teaches us humility! 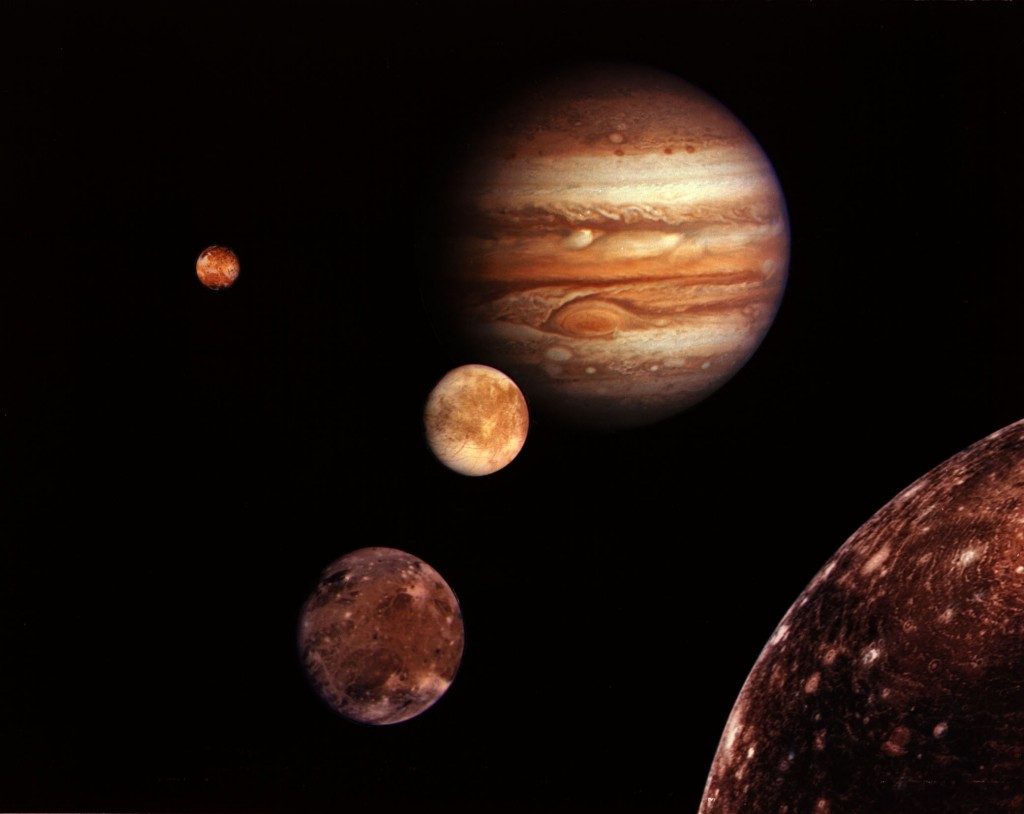 Astronomer William Herschel and his sister Caroline systematically mapped the night sky, listing thousands of stars and nebulae in an almost five-decade process. Published in 1834, this map revealed the shape and size of the Milky Way, which turned out to be disc-shaped, rather than a sphere. It also made us feel even more inconsequential to learn that the Sun was located nowhere near the center. We finally began to accept that we were just happy little people in our own corner of the universe. He also discovered Uranus, and proposed to name it ‘Georgium Sidus’, which would have been so much better than Uranus. Seriously, people, it’s been over 150 years… give the jokes a rest. 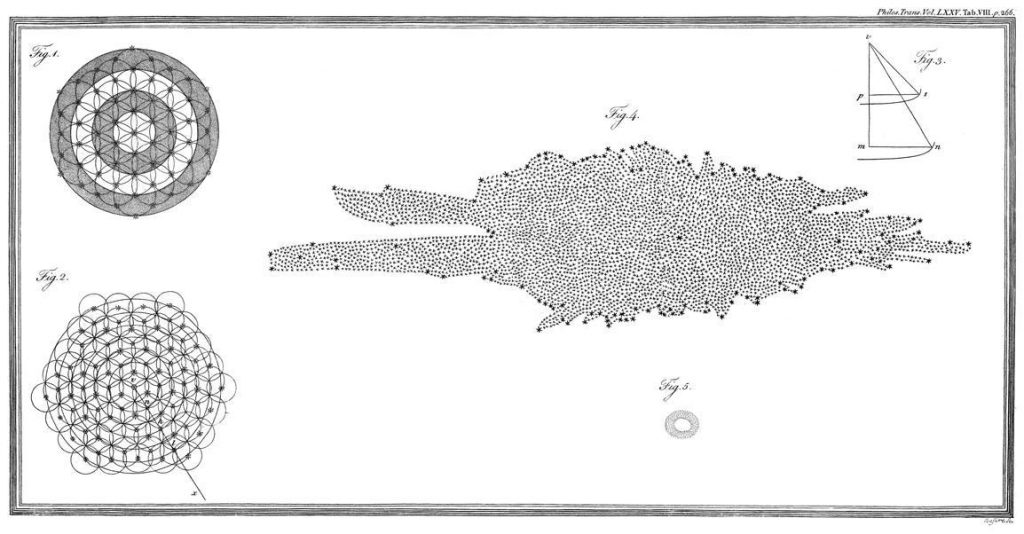 The Milky Way as mapped by Herschel

Before Einstein knocked it out of the park with his Theory of Relativity, the world of astronomy strictly obeyed Newton’s three laws of motion. Everything changed when Einstein argued that motion was relative and that light could be affected by gravity. The possibility that mass could warp space-time and that large enough masses could even bend light shook the scientific community, because light was considered an absolute constant. This theory revolutionized astronomy and solved many problems that had been deemed impossible within Newton’s confining laws. 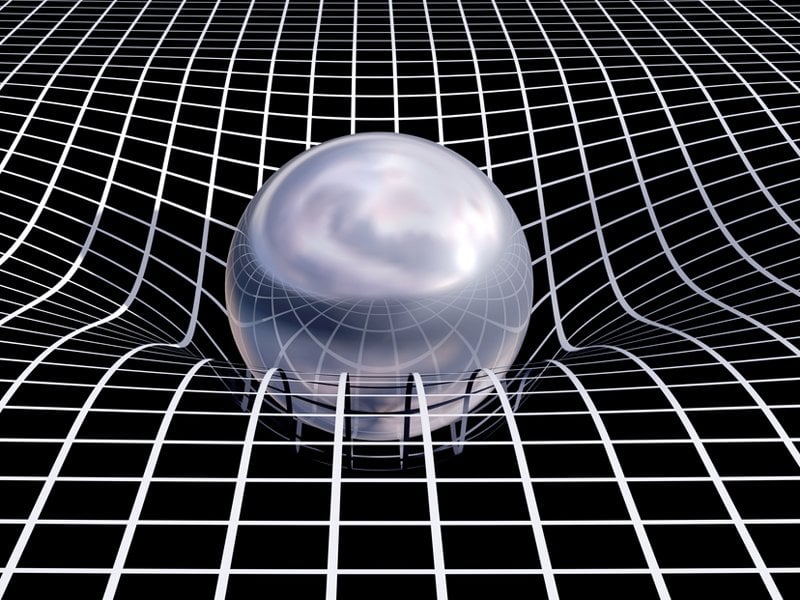 When Edwin Hubble told the world that the Universe is expanding, it was ground-breaking, to say the least. After tracking the movement of other galaxies (which he was also the first to discover), he concluded that they are moving away from us, while also constantly accelerating. He also concluded that most of the nebulae visible in the night sky were actually galaxies. This provided further evidence to support the theory of the Big Bang and changed our conception of the Universe. If that doesn’t get a giant telescope in space named after you, what will? 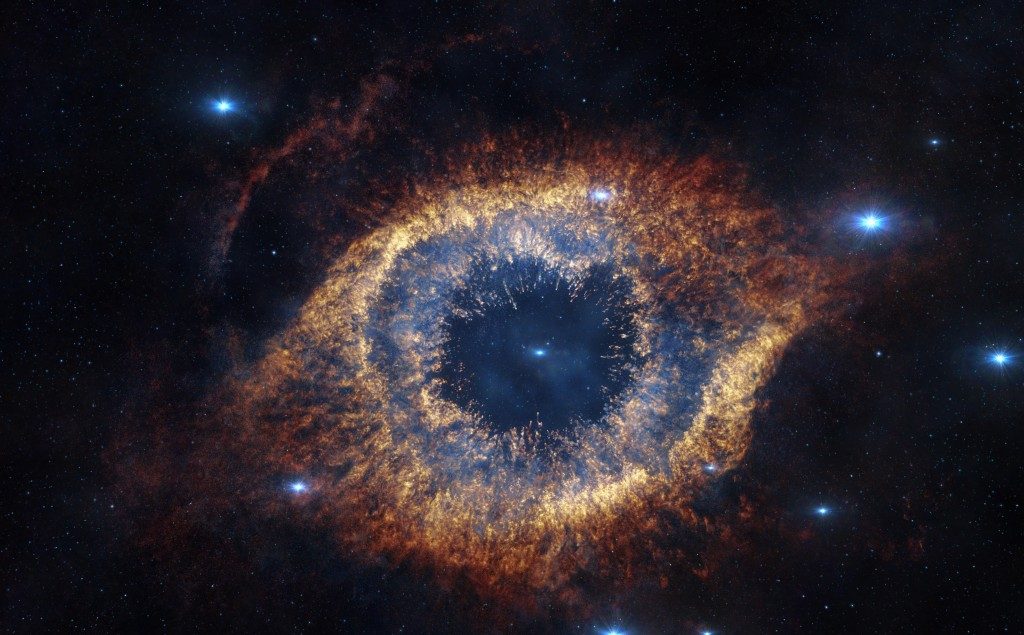 Update on the Universe… Still expanding

Uniformly defined radiation that fills the Universe was discovered quite accidentally by two Bell Telephone employees in 1964 while working on satellite communications. Since light from an object one light-year away takes one year to reach us, the CMB functions like a snapshot of the Universe. The implications of this discovery were profound, since the uniformity of the radiation appears to confirm the notion that the Universe originated in a single event from which everything else flows. This fact supports the theory of an expanding universe, and therefore, The Big Bang. 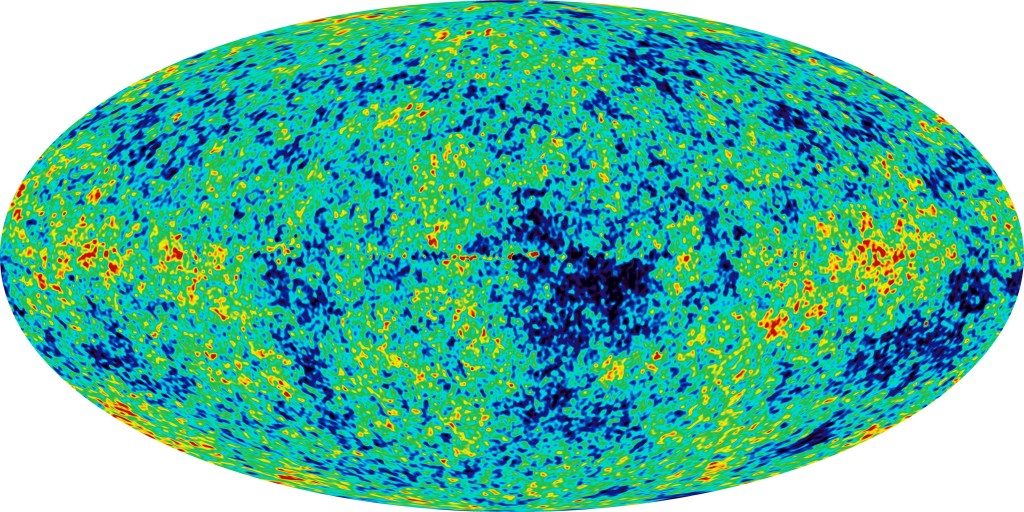 CBM in the Universe

An extrasolar planet, also known as an exoplanet, is a planet found outside our Solar System. The existence of exoplanets was not all that surprising, but the method by which they were discovered has changed the course of astronomy. Nearly 3000 exoplanets have been discovered since 1988. Roughly 1 in 5 Sun-like stars have an Earth-sized planet within the habitable distance from the star. Assuming there are 200 billion stars in the Milky Way, that would mean 11 billion habitable Earth like-planets in the Milky Way alone. Most scientists believe that it’s only a matter of time before we find a planet full of extra-terrestrial life just waiting to be contacted. Also, many of these habitable planets could harbor human life as well, after interstellar travel is perfected. 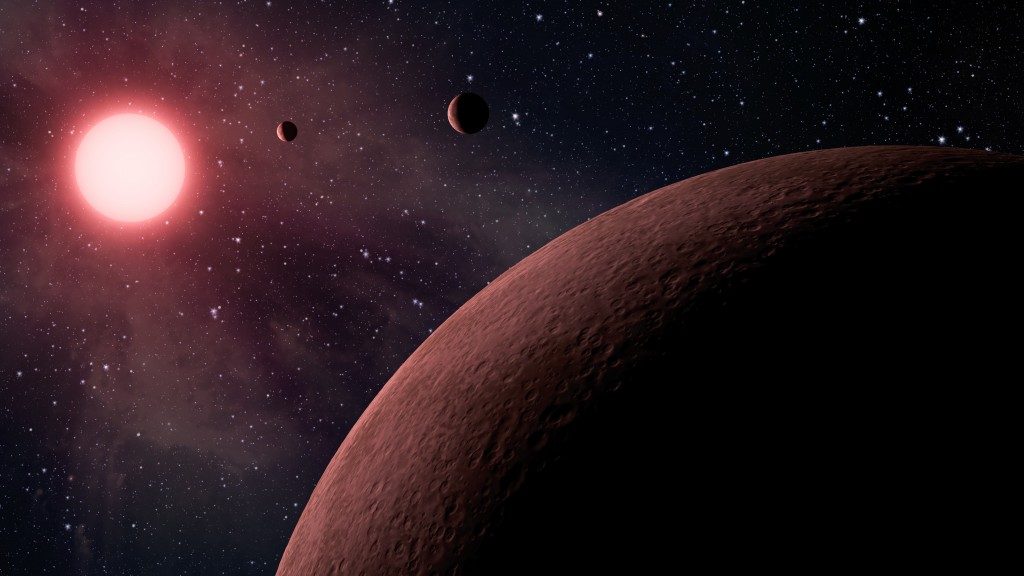 Astronomy might remain the most underdeveloped branch of science, even after so many breakthroughs over the centuries, but in order to better understand ourselves, we need to understand our place amongst the stars. A famous quote by Edwin Hubble goes: “Equipped with his five senses, man explores the universe around him and calls the adventure science”.

Don’t forget… somewhere, there is always something incredible waiting to be known!