There might be clusters of antimatter stars residing in our galaxy, producing a large amount of the high-energy antimatter that we have detected in space.

Let’s talk about antimatter for a bit, as it remains a mysterious subject for most people.

Antimatter is like the alter ego of matter. It is exactly the same as its matter counterpart, except for having the opposite sign of charge. And like any dramatic alter ego, the matter-antimatter combination leads to the annihilation of both, releasing a massive amount of energy. 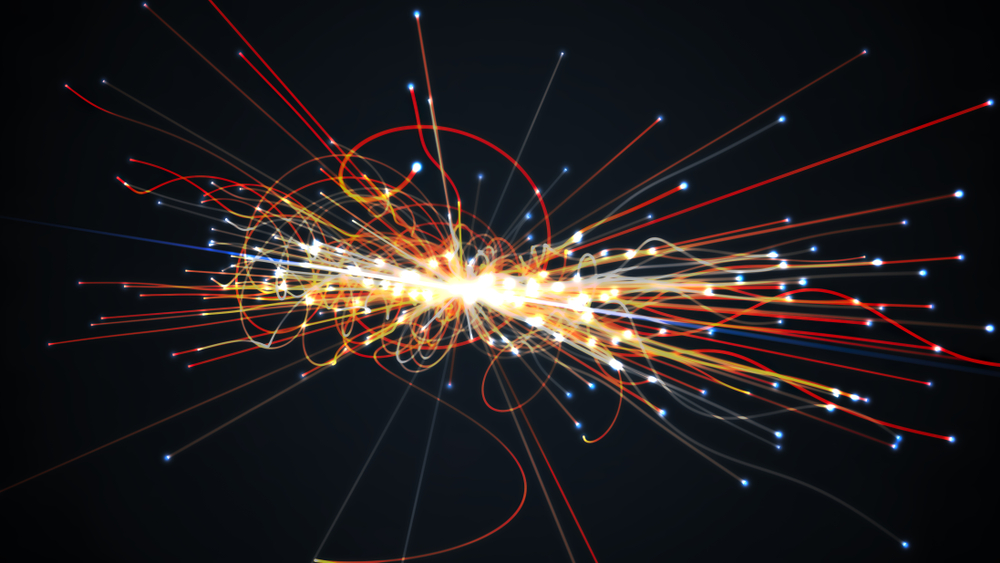 The mere fact that matter is dominant in the universe is enough for the existence of its alter ego to be… difficult.

If that is the case, however, then where is such high-energy antimatter coming from?

The detected number of positrons (antiparticles of electrons) and antihelium has rattled scientists in recent years. These antimatter particles were detected by the Alpha Magnetic Spectrometer (AMS) attached to the International Space Station (ISS). It was launched in 2011 with the purpose of detecting particles and measuring their mass and spin.

The brains behind this detector, Sam Ting, was also eagerly awaiting the day when it detected a substantial amount of antimatter. When that happened, it left everyone speechless. 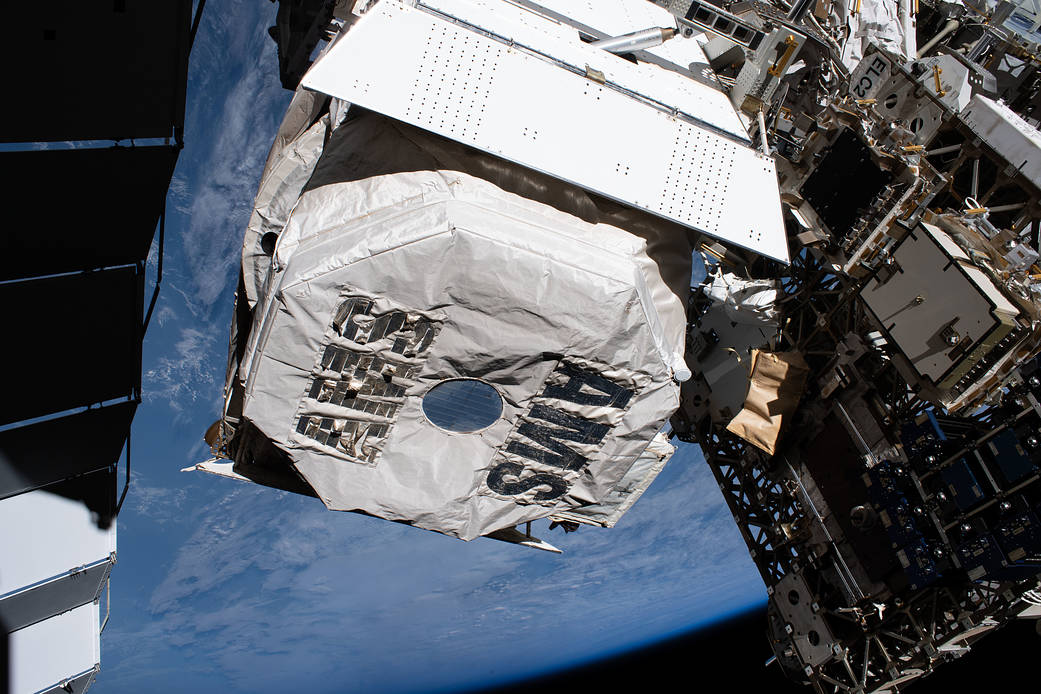 In the few years since its launch, AMS has detected billions of particles coming from space, but it was launched with the hope of catching antimatter, a goal that was initially deemed impossible. (Credit: NASA)

The first surprise was when the AMS detected an unusually high number of positrons. It was even more surprising that these positrons were highly energetic. Positrons have reasons for being in space, but such a large number with such high energy does not have an obvious explanation. Their high energy level meant that they were being produced by some high-energy source.

This is the surprising part of the story… because there is no high-energy source of antimatter, as far as we know.

An even more baffling surprise was when the AMS detected antihelium nuclei.

You see, the production of antihelium requires an excessively large amount of energy and the subsequent particles are extremely unstable. So even the handful that was detected meant that something somewhere was producing it on a large scale.

The question is, what are these sources of antimatter?

To answer this, scientists came up with many theories, ranging from dark matter to primordial black holes. Of course, not all of these were entertained as viable explanations. Let’s take a look at some of the most interesting ideas that didn’t make the cut.

Some theorists suggest that the decay and annihilation of dark matter leads to the formation of antiparticles.

However, this theory is unconvincing because not much is known about dark matter, let alone its manner of decay. The theory about primordial black holes (the OGs of black holes) is more convincing.

As Stephen Hawking explained, there is particle-antiparticle radiation beyond the event horizon of a black hole. Thus, primordial black holes could be perceived as the sources of positrons and antiprotons, but this theory is insufficient in explaining the source of high-energy antihelium. 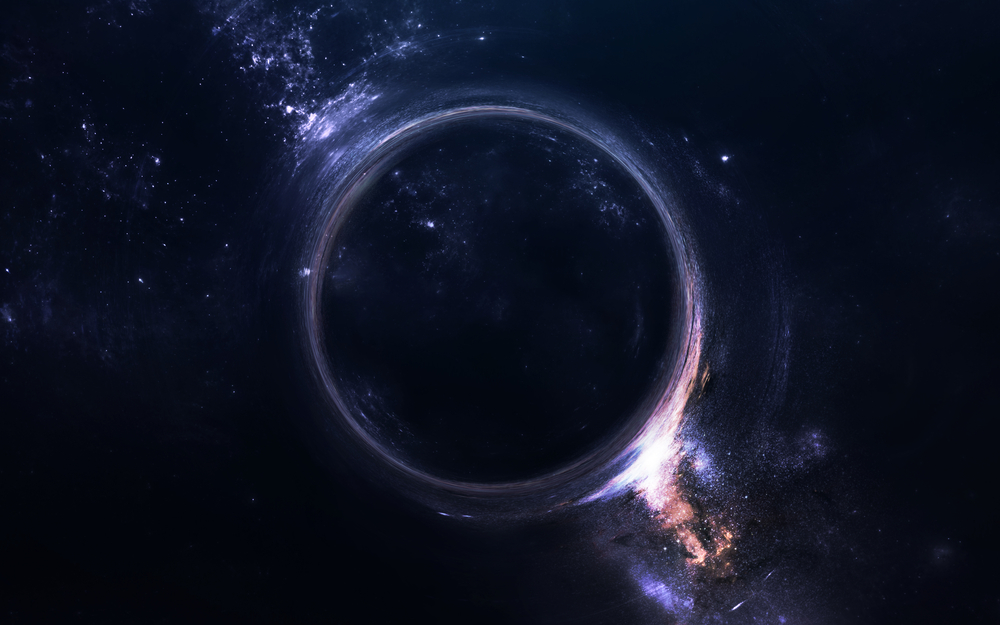 There is another theory that has been making the rounds since 2021, and it has been rather well-accepted. This is the theory of globular clusters that consist of antimatter stars!

There is a simple reason why antimatter stars serve as the best candidate for sources of antihelium, namely, these are the only large-scale “labs” where antihelium could be cooked up in large amounts. 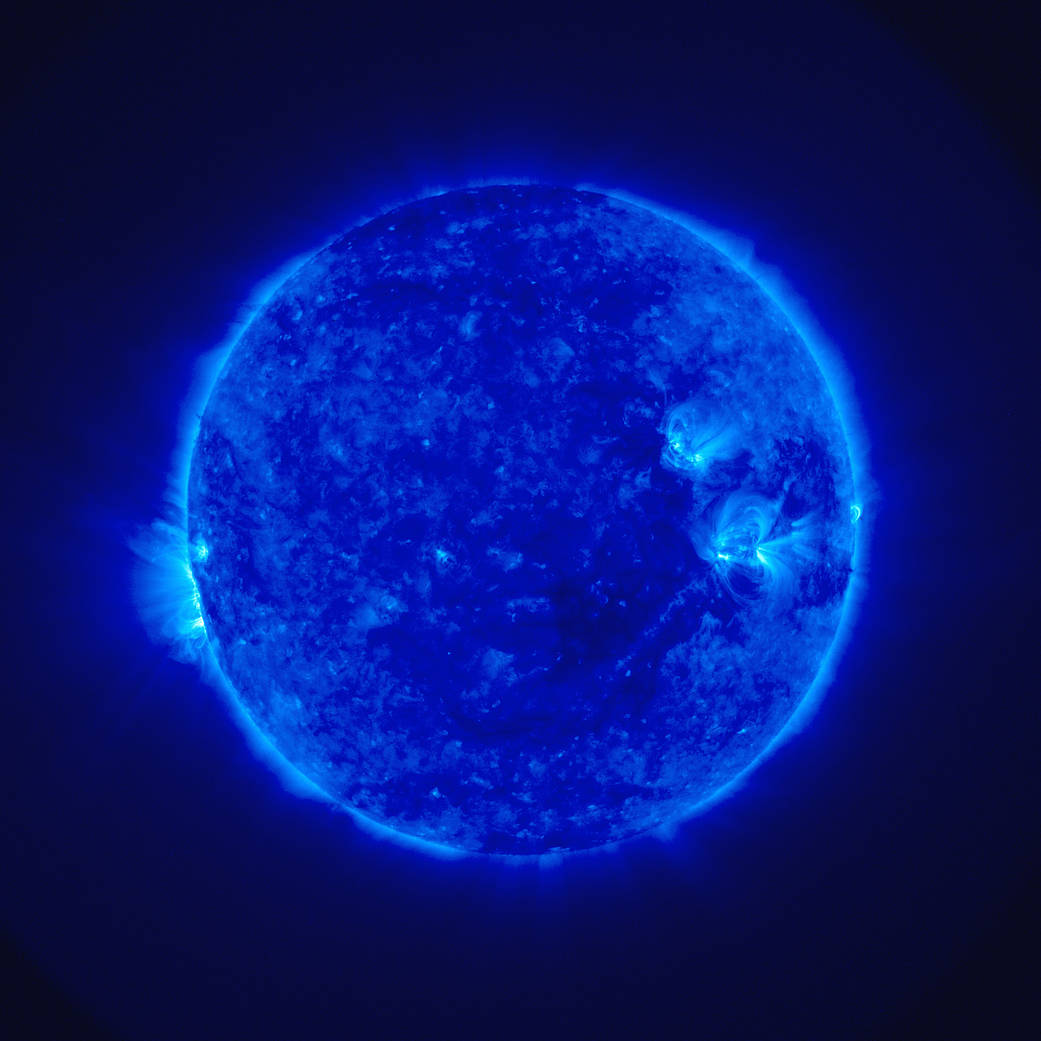 The planets surrounding them are composed of antimatter too, and if there is life on one of those planets, the creatures would be made of antimatter, and would consume antimatter. Just remember, it would be their version of matter, while we would be “antimatter” to them. 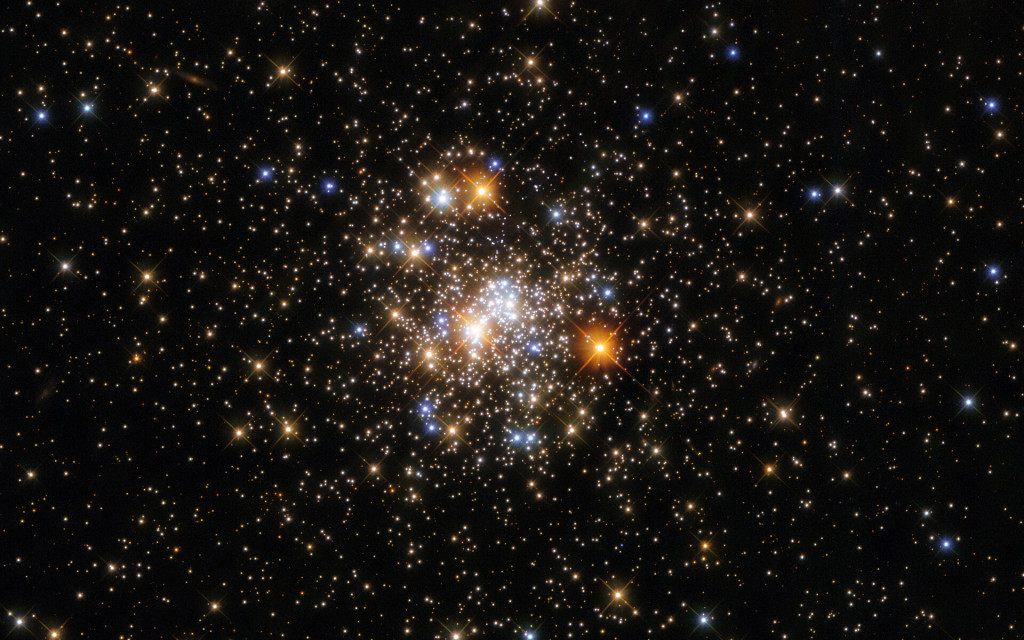 The theory suggests that the source of antimatter is the remainder of primordial antimatter, i.e., antimatter of the early universe. No theory has been successful in explaining what happened during the time of birth of the universe that led to matter-antimatter asymmetry.

However, it was shown that in the process of the formation of matter, large domains of antimatter persisted. These domains must have remained beyond the antimatter annihilation, with their size kept in check by gamma radiation. Gamma rays are the most energetic waves and can act as barriers, shielding different domains.

These domains are what might have evolved into globular clusters. These clusters could have formed during galaxy formation and remained in the halo of the galaxy.

The question that persists is how did the antimatter from these distant halos end up in our detector? Keep in mind that our solar system is in the galactic disk, far away from the galactic halo.

How did antiparticles end up here?

There are a few ways this could have happened. One is through the outflow of mass from the stars, and Solar flares. Throughout their lifetime, stars consistently lose chunks of their mass via these mechanisms. Antimatter stars are no different, and could have lost some mass that propagated out of the clusters. Then, upon crossing the galactic disk, it could have entered the solar system.

That may sound good, but there are problems with these mechanisms. One is that most of the particle energies would be low and the galaxy’s magnetic field wouldn’t allow them in. In other words, the high-energy antimatter detected by the AMS was probably not because of these mechanisms. 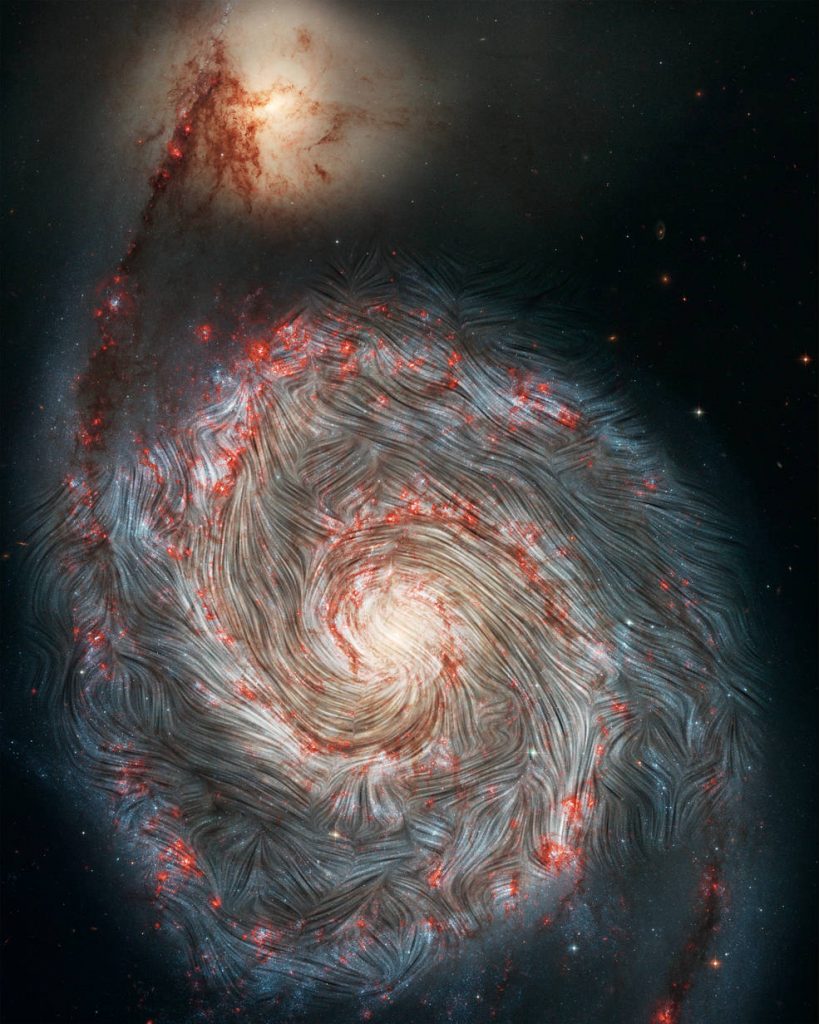 Another exciting explanation comes in the form of supernovae. These are exploding stars that have reached the end of their lifetime. In this case, the explosions would be of antimatter stars. Antihelium present deep inside the stars is purged out into the interstellar medium when the star explodes. The energy of the explosion is so high that the antimatter would have enough to overcome the magnetic barrier of the galactic disk and reach the Solar system. 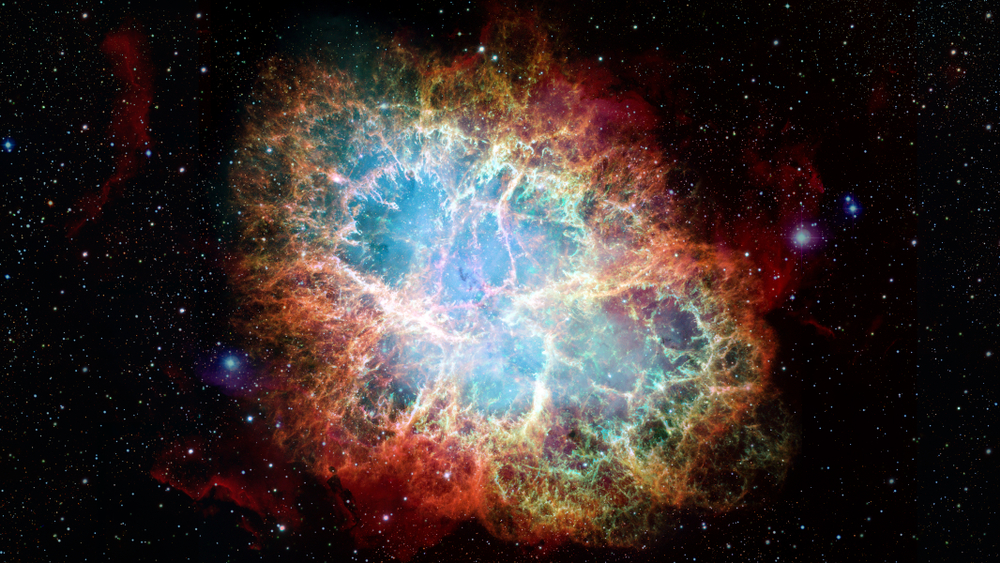 So how do we know if this theory is possible? For confirmation, scientists performed simulations and concluded that there really might be globular clusters of antimatter stars hanging out in our Milky Way galaxy. It’s insane to think such things exist, but now that we have detected the emissions from these antimatter stars, researchers are eager to detect the stars themselves. Considering the way this theory is garnering more and more attention, there will be telescopes looking out for them soon enough!