It is extremely rare to find antimatter in the universe, but surprisingly, the very matter we are made of is hiding antimatter inside!

At some point, all of us have digested some matter-antimatter facts and fiction. For example, there is the fact that we are made of matter; the soil, the plants, the Sun, the planets, and everything else that we see is made of matter.

There is also the fact that antimatter is exactly like matter, but with opposite charges, and their collision can release a large amount of energy.

We also know that antimatter is not found very freely anywhere in the known universe. In fact, 99% of the visible universe is made of matter! Note that I said visible because we don’t yet know what dark matter is made of!

Now, what is less widely known is that matter and antimatter don’t necessarily have to come together and destroy each other. Strangely, their combination can actually produces matter! 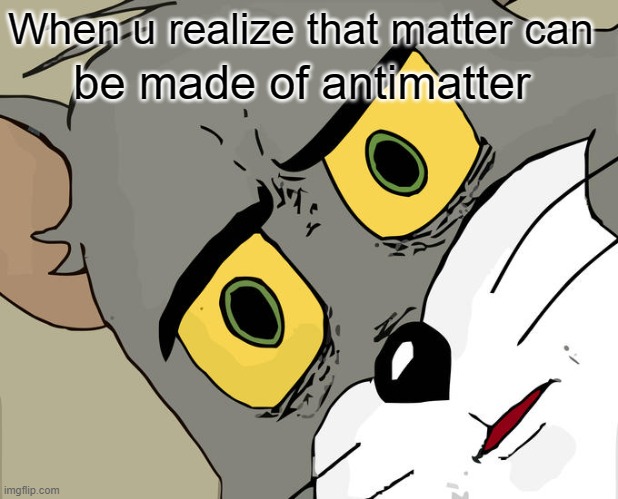 An excellent example of this are pions. Pions are subatomic particles made of a quark and an antiquark (its antiparticle). And did you notice that I said subatomic?

Yes, these particles are found inside our atoms, specifically inside the nucleus, getting bounced between protons and neutrons like ping-pong balls.

However, are pions the only matter particles made of antimatter? What about the neutrons and protons, which are responsible for the largest portion of visible matter in the universe?

For that, we might have to gear up and dive into the Proton Sea to find out!

What Is The Proton Sea?

That doesn’t mean what we were told in high school was incorrect, just incomplete.

In the same way, the three-particle picture of protons is incomplete. 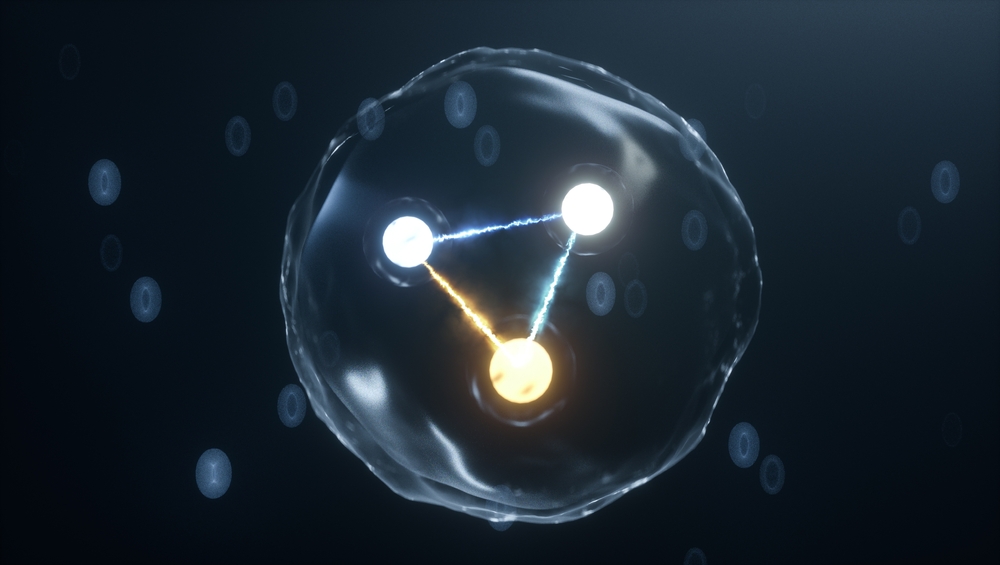 The fact is that protons are some of the most complicated and complex particles we have ever tried to understand.

A proton is actually made of a large number of particles called quarks and gluons—not just three quarks like we were taught. We can actually find all the types of quarks inside a proton.

But first, let me introduce you to these particles. There are six types of quarks, also known as flavors of quarks. Each of them has a fractional electric charge and all are found inside a proton. 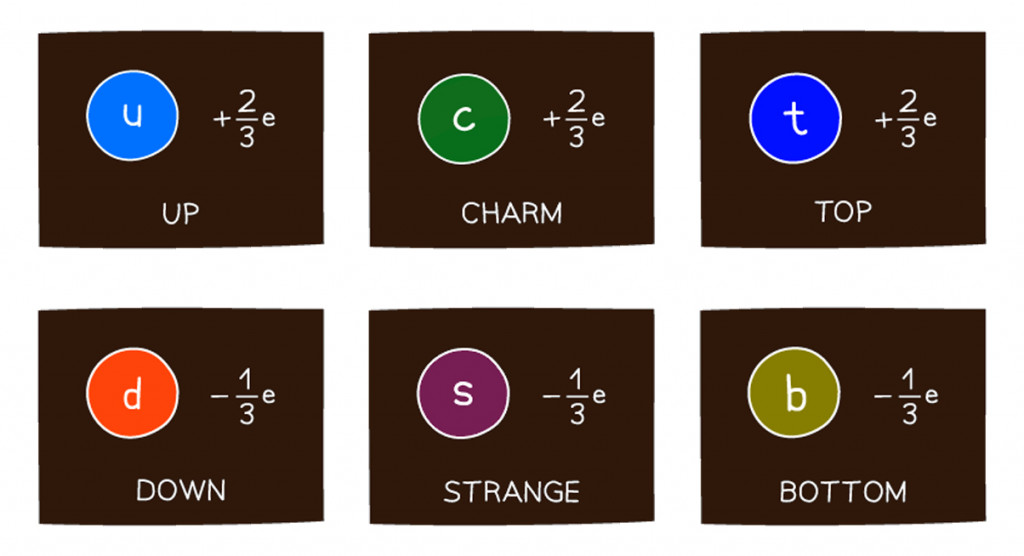 Flavors of quarks and their electric charges

Regarding gluons, they are basically keeping the quarks “glued” together, while also acting as messengers between them.

But that’s not where a gluon’s job ends.

A gluon is one of the strangest elementary particles you will ever learn about. For instance, consider the fact that a gluon not only helps a quark interact with another quark, but it can also interact with other gluons too! Not only that, but a gluon can readily shapeshift into a quark-antiquark pair and then shift back. Given its tendency to multiply, there is a whole sea of quarks-antiquarks coming in and out of existence inside a proton! No doubt it should be called a Proton Sea! 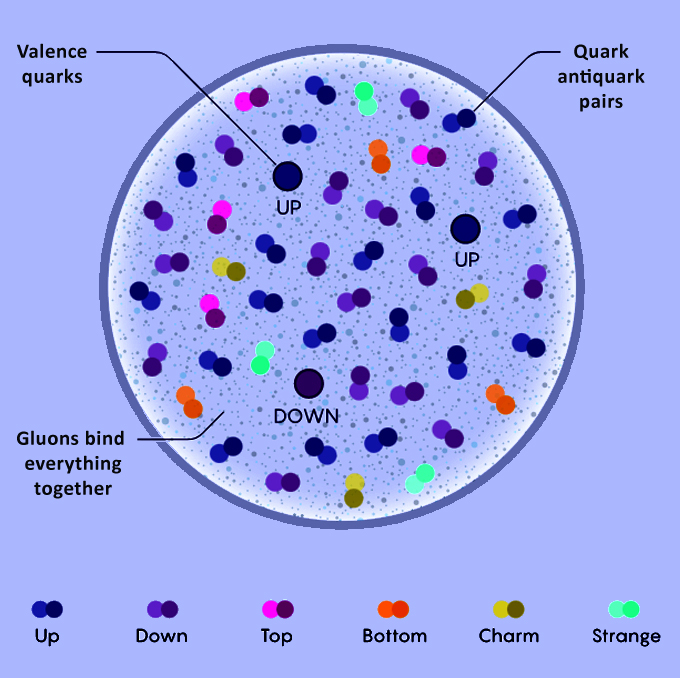 So… why are three quarks given more importance?

The answer is pretty simple—the other quarks all come in pairs with their antiquark counterparts. Basically, their charges get nullified. These other quarks and their antiquarks are called sea quarks. The remaining (or valence) quarks that do not get negated are exactly 3 in number (up, up, and down) and are responsible for the positive charge on the proton.

In other words, when books say that the proton is made of three quarks, they aren’t lying, but they aren’t telling the full set of facts either.

That also does not mean that the sea quarks should be overlooked. These matter-antimatter pairs are responsible for much of the proton’s mass! Also, the mysterious antimatter won’t allow itself to be neglected…

Historically, scientists first discovered the proton, and then they discovered that the inside of the proton is made of three quarks. Later, they realized there was a sea of quarks and gluons inside.

Now technically, since sea quarks exist because of gluons, scientists believed that up and down antiquarks would be the same in number, since they have almost the same mass. However, after 20+ years of experiments, it was finally concluded in 2021 that there are more down antiquarks than up. The reason for that remains unknown!