X-Rays are a super-powered form of ordinary light— waves that travel in straight lines at the speed of light, but have very high energy. When high-energy electrons in the cathode tube hit a metal component, they are either impeded and release extra energy or kick off electrons from the atoms they hit, triggering a reshuffling, which also releases energy. In both cases, the emitted energy is in the form of X-rays, a type of electromagnetic radiation with more energy than visible light.

If our eyes could see forms of electromagnetic radiation, such as X-rays, looking into the body of people or animals would be an altogether phantasmagorical experience. We would be able to look directly inside the skin and right into the bones. Perhaps it’s good that we don’t have this ability, yet we still reap the benefits of X-rays. They are of immense importance in medical diagnosis, useful in scientific research, and suitable in a number of industrial applications. Before we go into detail of what exactly X-rays are and how they’re used, let’s first look into the riveting history behind the discovery of X-rays.

In 1895, German physicist Wilhelm Roentgen was doing an experiment with a cathode tube—a glass container in which a beam of electrons lights up a fluorescent surface. Roentgen then wrapped cardboard around the tube to prevent the fluorescent light from escaping. After a while, he noticed something strange… another screen outside the tube was glowing! 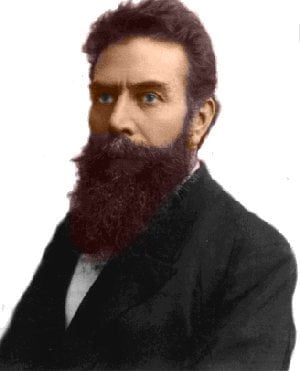 In other words, invisible rays leaked through the glass, bypassed the cardboard, and reached a screen outside. Roentgen was not able to figure out what these light rays were, so due to their unknown nature, he called them X-rays. In fact, for his discovery of X-rays, Roentgen was awarded the first-ever Nobel prize in 1901.

Today, we know what was happening in his lab all those years ago.

When high-energy electrons in the cathode tube hit a metal component, they are either impeded and release extra energy or kick off electrons from the atoms they hit, triggering a reshuffling, which also releases energy. In both cases, the emitted energy is in the form of X-rays, a type of electromagnetic radiation with more energy than visible light.

To put this more simply, X-rays are a super-powered form of ordinary light—waves that travel in straight lines at the speed of light, but have very high energy.

If you could pin down X-rays on a piece of paper and measure them, you would discover that the wavelength of an X-ray was thousands of times shorter than the wavelengths of ordinary light. This implies that their frequency (how often they wiggle about) is correspondingly higher. The energy of electromagnetic waves is directly related to the frequency of those waves; X-rays, being high-frequency waves (in a range of 3×1016 Hz to 3×1019 Hz) are highly energetic and thus more penetrative than ordinary light waves. As a result, light waves have a restricted ability to traverse; upon being hit by a solid (opaque) material, it ceases to travel further. However, X-rays can travel places much more profoundly than ordinary light, thanks to their energetic nature; although they can be stopped by a material with a very high number of electrons (a higher atomic number).

Also Read: How Do X-Rays Penetrate A Sheet Of Steel?

Now, let’s take a detailed look at the penetrating powers and limitations of X-rays.

When it comes to ordinary light, we know that some (transparent) materials, such as glass or plastic, allow light waves to pass through them easily. Yet some other (opaque) materials, such as wood and metal, absorb light rays, preventing them from going further. In much the same manner, there are materials that allow X-ray to pass through them, while others make it difficult for X-rays to disperse through them. There are even a few materials that completely stop X-rays dead in their tracks. Why does this happen?

Well, when X-rays enter any material, they need to force their way through a crowd of atoms in order to emerge from the other side of the material. It’s the electrons that pose the biggest challenge for X-rays to pass through the material. The more the electrons, the tougher it becomes for X-rays to travel, as more and more energy is absorbed by the colliding electrons of the material. However, X-rays are strong enough to pass through material with fewer electrons. Our skin, made of carbon-based molecules, is a very good example of a material that allows X-rays to bypass. On the contrary, when X-rays encounter a strong material with many electrons (higher atomic number), they are blocked. Lead (Pb), a heavy metal with 82 electrons, is particularly effective in stopping X-rays. That’s why you’ll often see X-ray lab technicians wearing lead aprons or standing behind lead screens.

Now that we understand the scientific basis of this form of electromagnetic radiation, let’s look into some of the most useful applications of X-rays. 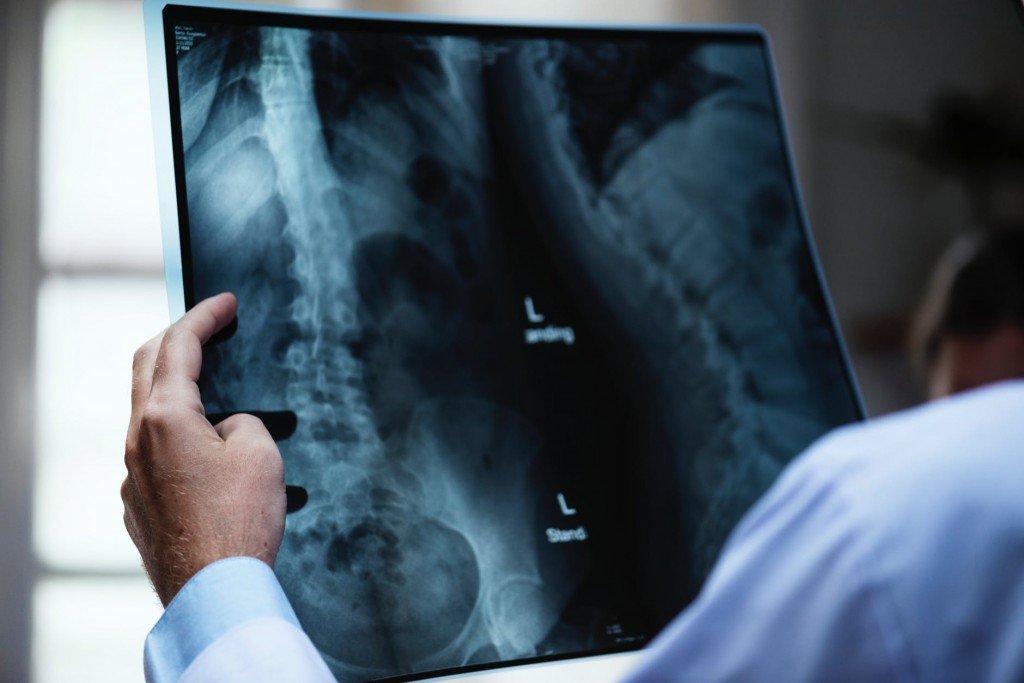 X-rays first found their application in medicines a century ago; today, millions of X-ray scans are conducted every year across the globe. They are one of the most useful tools in medical science for both diagnosis and treatment. Bones and teeth, made primarily from calcium, are very hard and do not permit X-rays to pass through them. However, our skin and muscle are made of soft tissues, composed of organic material like carbon, hydrogen, oxygen etc., all of which have a lower atomic number, meaning that it’s easier for X-rays to bypass them. This is why, when looking at an X-ray report, it looks like shadows of various things inside your body, but this is actually very useful in medical diagnosis. X-rays can detect fractures in bones, tumors in cells, and certain lung conditions like emphysema and tuberculosis. Dentists use X-rays to understand what’s going on inside your mouth, allowing them to assess the health and condition of your teeth and gums, which they would be unable to see with other instruments/tools. 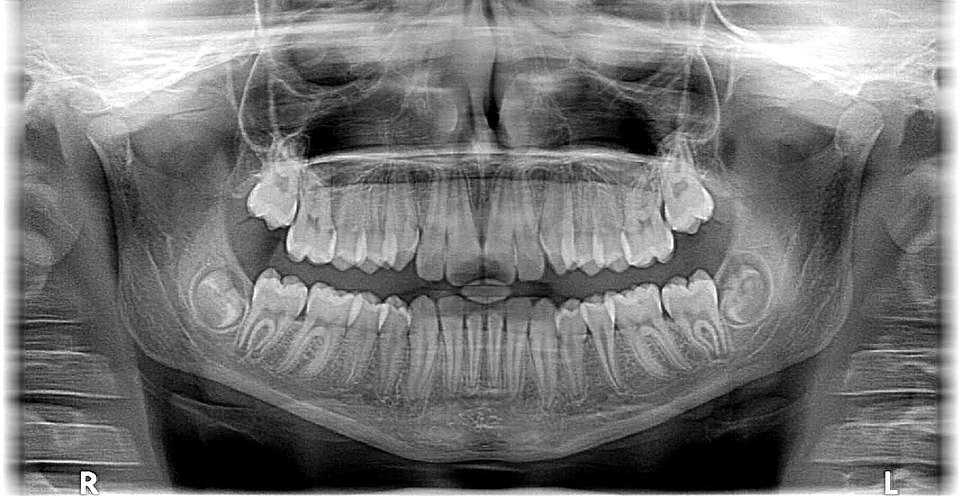 Just as X-rays can help to scan key areas inside our body, they can also be useful in checking what’s inside our bags at security checkpoints at airports. X-rays can flow through soft materials, like plastic or leather, but are absorbed by heavy materials, which are often used in arms and ammunition, including knives, guns and other weapons. Generally, security officials have a monitoring computer screen, which telecasts the inside of suitcases and bags in real time so the officer can watch for any suspected/prohibited material. 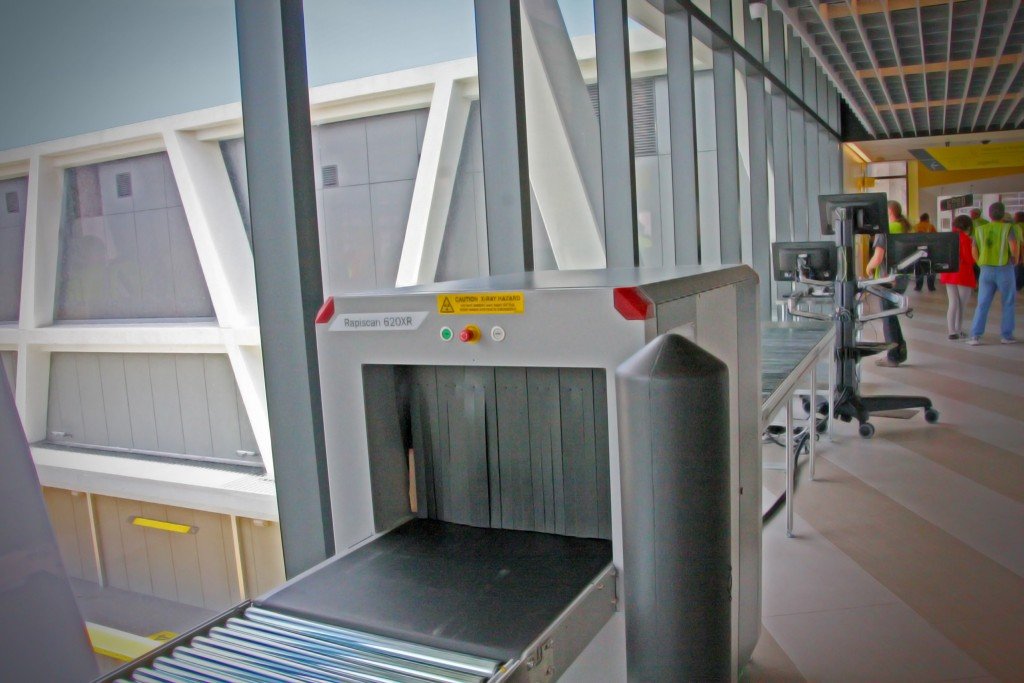 Aside from medicine, one of the earliest uses for X-rays was in studying the inner structure of materials. When a beam of X-rays is fired at a crystal, atoms scatter the beam in a precise manner, casting a virtual shadow of the crystal’s interior pattern. In this way, researchers can measure the distance between atoms. This is called Xray crystallography or Xray diffraction. This technique played a crucial role in the discovery of DNA structure in the 1950s.