Radiation, simply put, is the release of energy. The common electromagnetic and particle radiation we’re familiar with can damage our cells and the DNA inside our cells by creating toxic chemicals within the cell.

The harmful effects of radiation exposure were fully established in 1926-27 by Hermann Joseph Muller, who showed that X-ray radiation could mutate genes. His experiment involved exposing fruit flies to X-rays and then allowing them to mate. He observed that the offspring of the flies exposed to radiation had several body defects.

When he further investigated the effect of radiation at a genetic level by studying the irradiated flies’ chromosomes, a structure that consists of DNA and is present in the nucleus of the cell, he observed mutations in their genetic material. Radiation exposure produces mutations in the DNA of the cells. (Photo Credit : nobeastsofierce/Shutterstock)

In 1947, Muller was awarded the Nobel Prize for his discovery. The field of study about the effect of radiation on living cells is known as Radiobiology.

Radiation, simply put, is the release of energy. It occurs in two forms, waves and particles. There are two types of radiation based on the effects they produce:

This kind of radiation is the most harmful to us. Of these, gamma rays are the most penetrative and capable of causing the most damage to living cells.

They do not have the capacity to remove electrons from other atoms. These forms of radiation can heat things, like the microwaves used to cook food by microwave ovens.

What Happens When Living Cells Come In Contact With Ionizing Radiation?

As mentioned earlier, ionizing radiation has the power to strip atoms of their electrons and convert them into ions. A stable atom has a net charge of zero, with equal numbers of electrons (negative charge) and protons (positive charge). 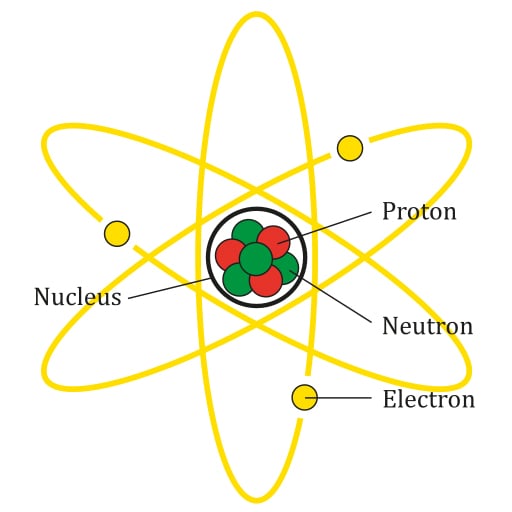 Radioactive atoms (that form radioactive substances) have either too many protons or neutrons (neutral charge, but with a higher mass than protons).  To reach a stable stage, radioactive atoms undergo what is known as “decay,” which is responsible for giving off ionizing radiation.

When this radiation encounters other atoms, it knocks off their electrons, consequently making them charged.

At the biological level, damage also occurs due to the interaction of ionizing radiation with the atoms of DNA and other substances present in our cells, such as water (H2O).

Radiation is a type of energy, and any kind of energy produces heat. When molecules like H2O are exposed to radiation, this heat is responsible for breaking the chemical bonds holding these atoms together, producing OH- and H+ ions. They are free charged ions, also known as free radicals, as they are not bound to other atoms in the form of molecules.

Hence, they have a very high tendency to react with other such free ions formed as a result of radiation exposure.

For example, OH- and H+, instead of forming water again, could form a much more damaging substance: hydrogen peroxide (H2O2), which can destroy cells. After radiation exposure, the formation of H2O2 occurs in one-twelfth of a second.

H2O2 is part of a group of highly reactive substances that have oxygen in their composition, known as Reactive Oxygen Species (ROS). The formation of ROS and Reactive Nitrogen Species (RNS) brings about all the damaging effects of radiation. Reactive Oxygen Species that are responsible for causing damage to cells in the incidence of radiation exposure. (Photo Credit : StudioMolekuul/Shutterstock)

Radiation is measured using two classes of units. One class measures the dosage of radiation a person has received. The units of this class are Rad and Gray (Gy).

The other class measures the risk of biological damage that can occur in a person as a result of radiation exposure. The units in this class are Sieverts (Sv) and Rem.

What Are The Biological Effects Of Ionizing Radiation?

Several factors determine the extent of the harmful effects of radiation exposure. They are:

Exposure to a high dose of radiation (>70 rads) over a short period causes Acute Radiation Syndrome (ARS). This is the condition that most of the Chernobyl plant workers and firefighters suffered from in the Chernobyl Nuclear Disaster of 1986 in Ukraine.

The safest limit of radiation exposure for an adult radiation worker is 5000 millirems. The people affected by ARS in the Chernobyl disaster were exposed to 70,000 to 1,340,000 millirems. This level of radiation usually kills or severely damages all cells of the bodies beyond repair, leading to the death of those affected. An abandoned classroom in the town of Pripyat in Chernobyl. The residents were evacuated following the Chernobyl Nuclear Plant accident.  (Photo Credit : Tomasz Jocz/Shutterstock)

The immediate symptoms of ARS include skin burns or blisters, loss of hair, sterility, and the formation of cataracts. Other side effects are nausea, vomiting, loss of appetite, and fatigue.

The primary cells affected by radiation are the ones that very actively multiply, as they are in contact with the most amount of oxygen (required for cell multiplication).

They are mostly white blood cells that fight against infection in our body and are created in the bone marrow, germ cells that go on to form eggs and sperm, and the cells that form the lining of our gastrointestinal tract and stomach. 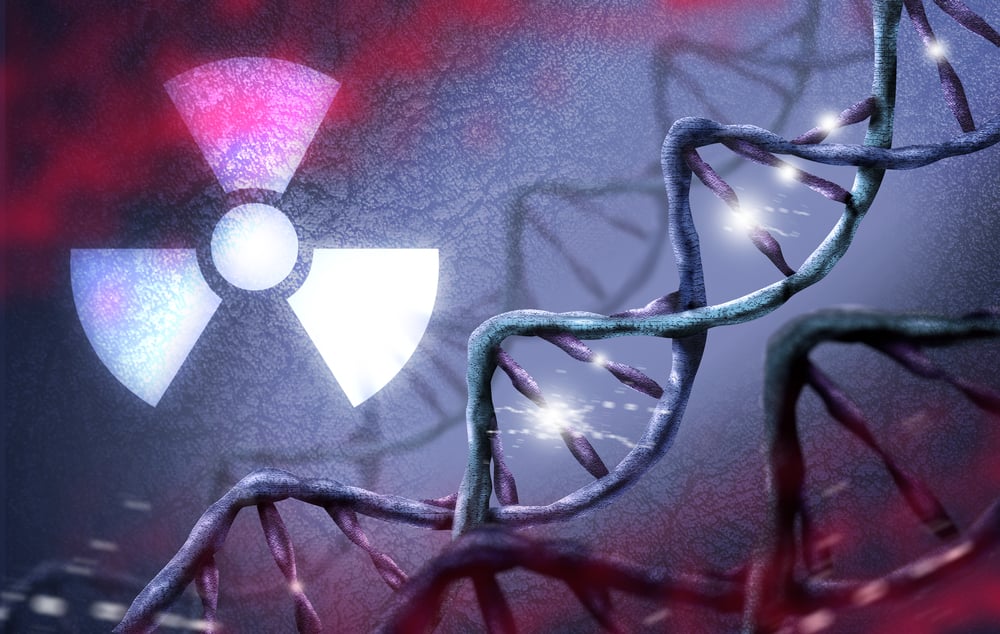 With high levels of radiation exposure, these cells die and are unable to be reproduced. Therefore, the body can no longer fight against infections, as they cannot produce the white blood cells, sterility ensues due to the death of germ cells, and the irradiated person is unable to digest food or work up an appetite, due to the loss of their stomach lining.

Eventually, these conditions lead to death.

Exposure to extreme radiation over a short period leads to the death of cells, making it difficult for the person to survive. The treatment options include antibiotics to help fight against infections and bone marrow transfusions.

On the other hand, exposure to low levels of radiation over a long period mostly leads to damage to the DNA of the cells. This can lead to the birth of offspring with genetic defects, cancer, or other serious conditions.