In the last quarter of the 19th century, a diligent Heinrich Hertz demonstrated that James Clerk Maxwell was, in fact, right. He demonstrated, as Maxwell theorized in his theory of electromagnetism, that there do exist mysterious waves of energy permeating our Universe that, unlike light, cannot be detected by the naked eye. These were called electromagnetic waves and visible light itself was found to be one.

In his series of eccentric experiments, he also demonstrated that these waves can be reflected by objects that conduct electricity, like metals. When asked about the applications of his discoveries, Hertz dismally replied: “Nothing, I guess.” However, little did he know that his discoveries would ultimately underlie all of modern technology. RADAR is one of those technologies.

Radar is an acronym for Radio Detection and Ranging or Radio Direction and Ranging; however, the word is now used as a noun and is therefore seldom written in uppercase. Radar, as the name suggests, is a wireless technology that uses radio waves to detect the direction, speed, shape, range, and other characteristics of distant objects. 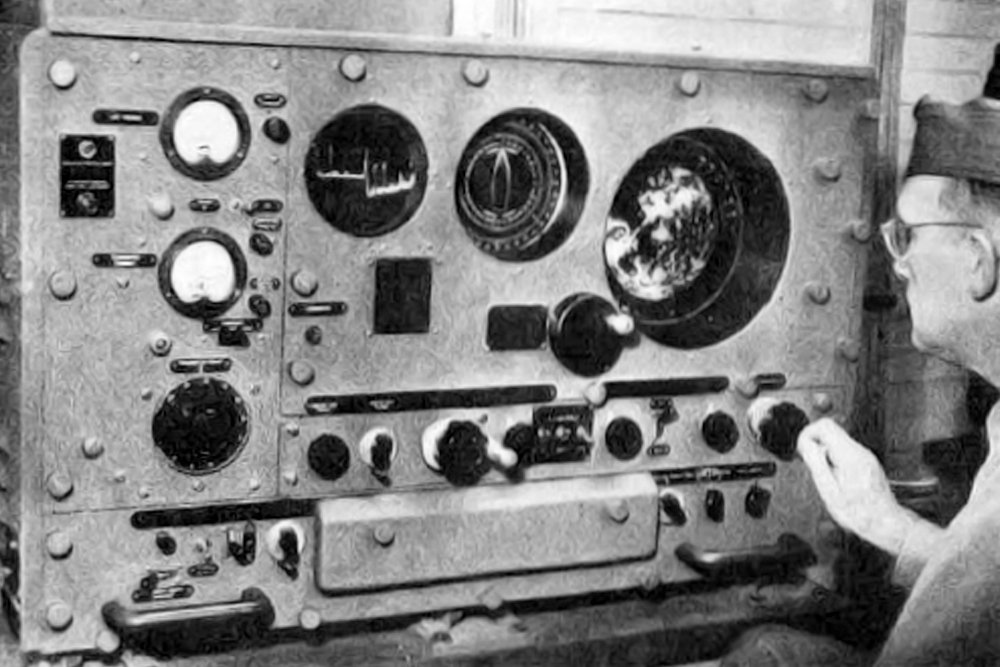 The earliest use of radio waves to detect an object can be traced to the start of the 20th century when physicist Alexander Popov observed that radio waves transmitted between two ships for the purpose of communication would be interrupted by the passage of another ship between them. People realized how the waves could then be used to detect a ship obscured by dense fog. But that is all the technology could then do: its utility was only limited to detecting the presence of an object, but not its distance from the transmitter.

Today, the technology is so advanced that we can not only detect an object’s presence, but also its distance, shape, size, velocity and range. The mechanism, at least to determine the distance, is very simple: the transmitter emits radio waves in either short or long pulses towards the object. The object absorbs some radio energy and reflects the rest of it back.

A receiver, usually but not always in the same direction as the transmitter, receives the energy and measures the time elapsed since its transmission. The distance is calculated by multiplying the speed of the waves, which we already know, by half of the time elapsed. We divide the time by two simply because the waves take two journeys (to and from). 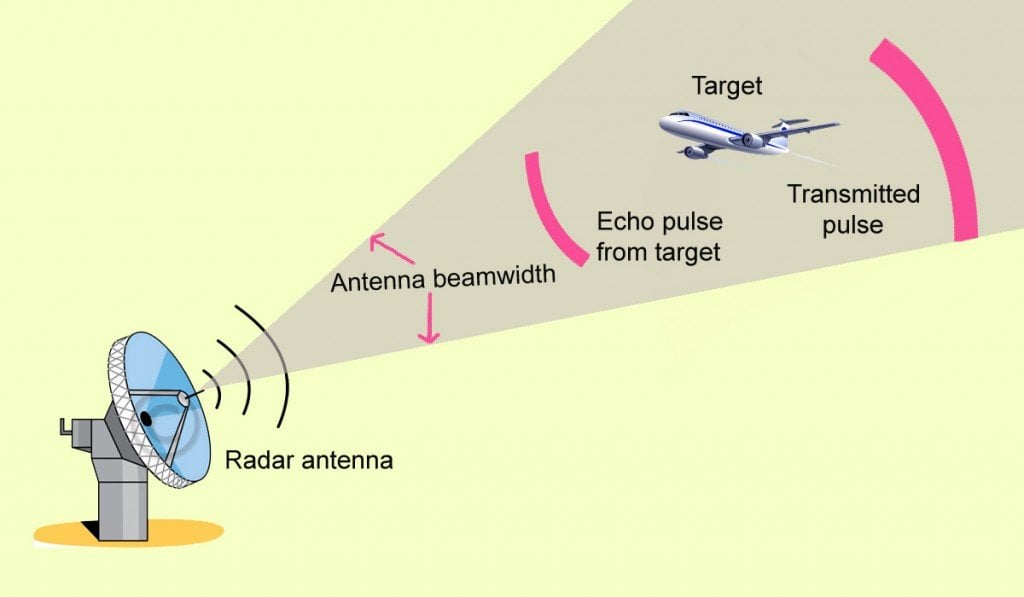 Determining other characteristics of the object, say, its shape, however, is slightly more complicated. Take, for instance, determining the object’s velocity. It is difficult because the frequency reflected by a moving object varies depending on whether it is moving towards us or away from us. We must, in other words, account for the Doppler effect, the same effect that causes a siren to ring louder as it approaches us and wane as it goes away. Nevertheless, the resolution is now so tremendous that radar can identify something as small and elusive as a flying loaf of bread from kilometers away.

However, such outrageous resolution comes at the cost of attenuation. Resolution increases with a decrease in wavelength. This is because a wave can only reflect from an object and therefore detect it if the object’s size is comparable to the wave’s wavelength. A wave of a larger wavelength will simply overlook a small object.

On the other hand, during its journey, a low wavelength or high-frequency electromagnetic wave tends to lose its strength at a greater rate than a high wavelength or low-frequency wave would. In other words, attenuation and wavelength share an inverse relationship, which means that a compromise must be achieved between attenuation and resolution. So, either, to minimize the loss of power, we can generate vague identifications, or we can identify a loaf of bread with a staggering loss of power. 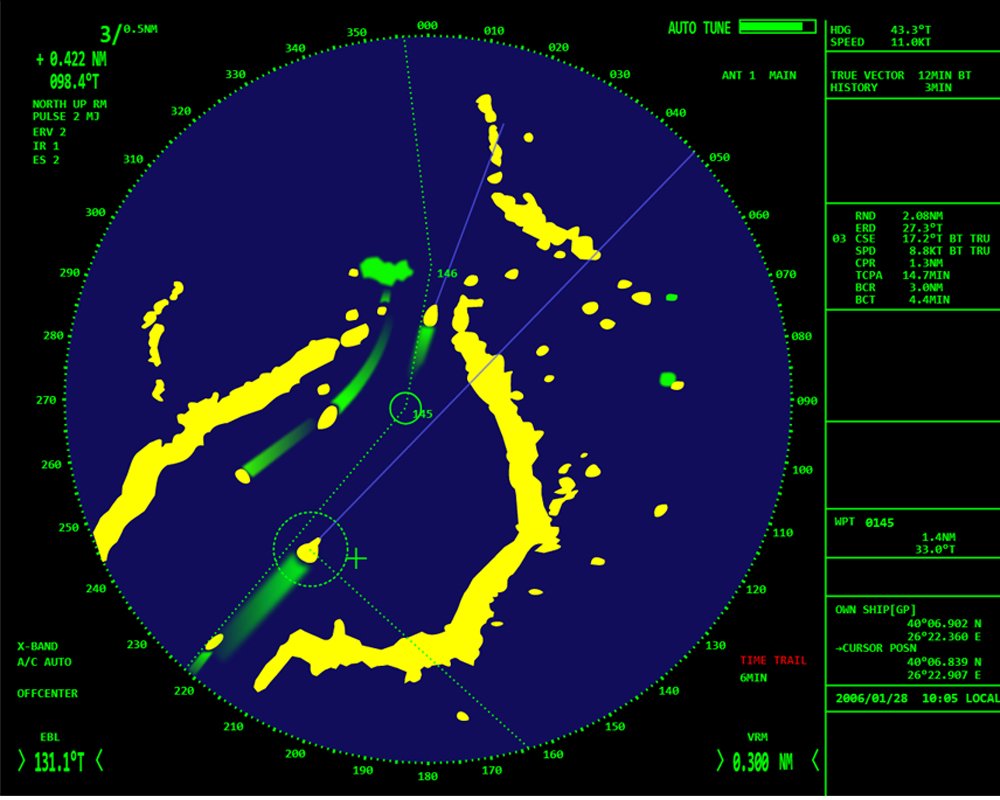 It is due to the same inverse relationship that we use radio waves to communicate wirelessly. Radio waves exhibit the lowest frequencies in the entire electromagnetic spectrum, which means that they are the least attenuated and can therefore travel the longest distances. This cannot be achieved with high-frequency waves, such as ultraviolet or X-rays.

Another compromise must be made between power and range. To increase the radar’s range, the power mustn’t be increased by the same factor, but by the same factor raised to the power of 4! So, to merely double the range, we must increase the power by sixteen times! Engineers then negotiate between these qualities and design a particular type of radar for a particluar type of application.

Most people know radar by the iconic green dial installed on the dashboard of every aircraft without occasionally showing which no modern war drama can be complete. The dial displays thick white, usually blinking dots, called blips, falling towards the center, signaling that a missile or an enemy is edging closer. 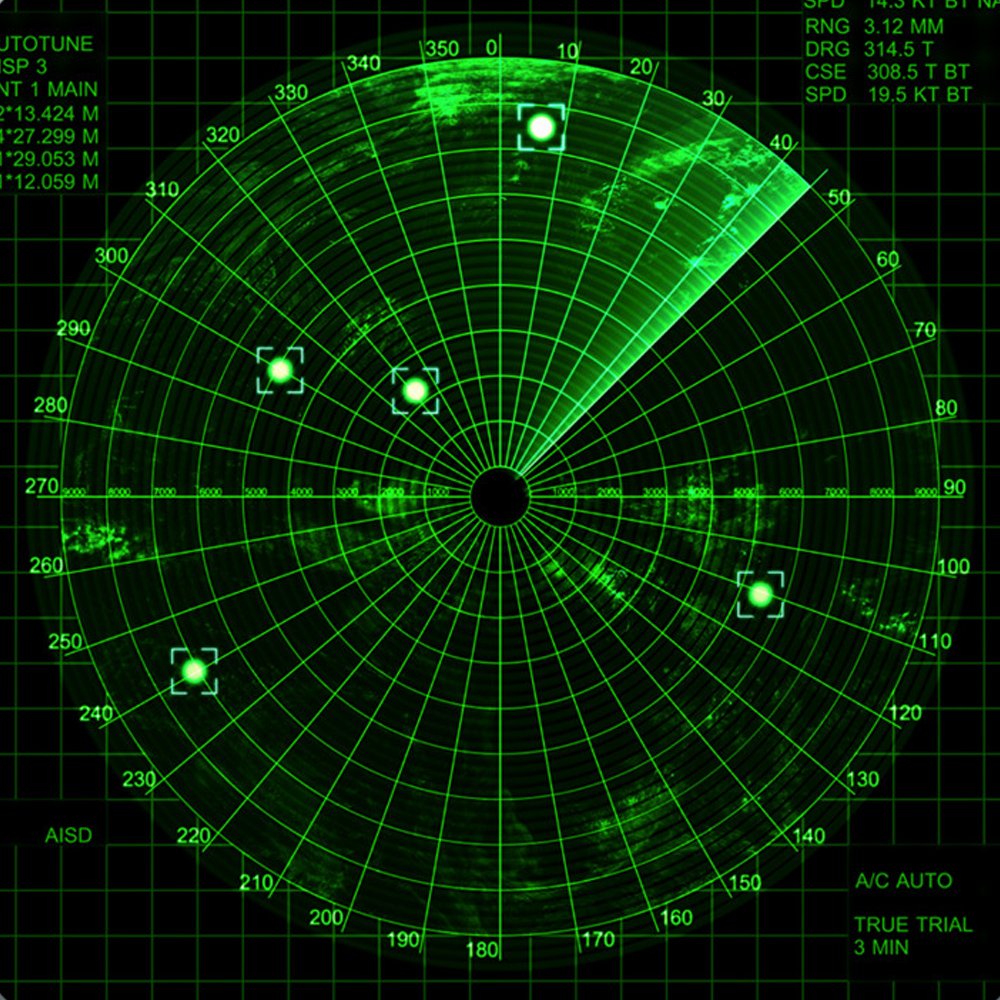 Radar was developed to find ships lost in dense fog, but its profound aptitude for detection, due to the exigencies of the two Wars, was eventually leveraged to detect ‘targets’ in all realms – land, sea and air. Naturally, these targets soon began to find new ways to operate stealthily.

An object will only reflect radio waves if, as Hertz demonstrated, it conducts electricity. This is why planes made of aluminum are much easier to find by both enemies and, in the case of non-military planes, traffic control units. What one can then do to operate stealthily is to fly in non-metallic planes. This includes planes made of wood, as they were made in the 1930s, or carbon fiber, as many are now. 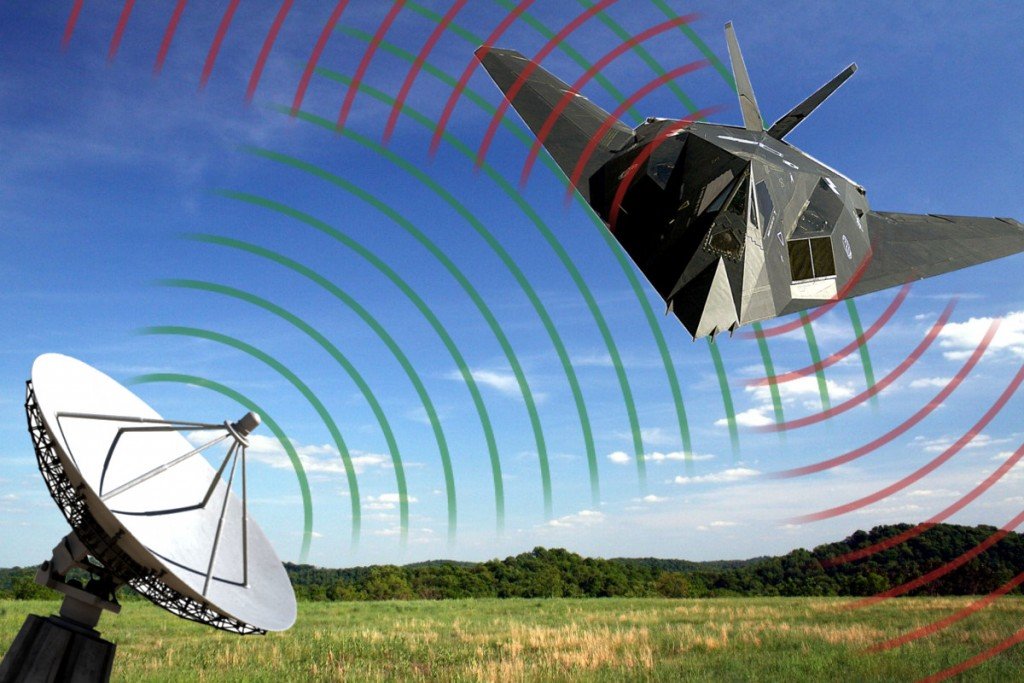 Engineers also construct these stealth vehicles in novel, ingenious ways. They either give it a geometry that reflects the radio waves haphazardly, or at least outside the receiver’s scope, or they build an aircraft with a material or composite of materials that absorbs most of the transmitted radio energy, thus reflecting much less than is needed for adequate detection. Then one can also fly “under the radar”.

Radar is a line-of-sight technology; the transmitter draws a cone of radio waves and detected are those objects that happen to lie in it. However, the earth is round, and the sides of the cone are inflexible, meaning that they can’t trace the earth’s curved surface properly. An aircraft can therefore fly undetected by flying below this cone or under the radar, near the horizon! The stringent sides of the cone can’t trace sudden slumps in terrain either, so an aircraft can fly stealthily under the shadows of mountains as well.

Of course, warfare is not only what radar is used for. While it is still used to detect ships, it also helps with navigation and collision aversion, geologists use it to map the earth’s crust, the police use it to track vehicles, it underlies mobile or the majority of wireless communication technologies, and it is indispensable to one of mankind’s most important inventions: the automatic door. “Nothing, I guess”, had Hertz dismally responded.