Most automatic doors use motion detection sensors or optical sensors, which are installed on the sides of the door, to trigger the opening/closing of doors.

Imagine that you’re in a supermarket. You’ve loaded your trolley with all the groceries you wanted. You check out at the counter, making your payment and taking the bags filled with groceries in both hands. You walk towards the exit door, but there’s a small problem. How are you expected to open the door with both hands full? Fortunately, just as you get a bit closer to the exit, the sliding glass doors glide magically open for you to pass!

So, what just happened? Was it something supernatural? Not at all. It’s pure science and technology.

Sensors are the key part of this advanced technology. Sensors do exactly what their names imply, they sense the stuff in their surroundings. Most of the automatic doors you see use sensors installed on the sides of the door to trigger the opening/closing of doors.

Although we often associate automated doors with technological advancements in recent decades, the concept of automatic door opening has been around for millennia. In fact, in the first century AD, a Greek mathematician famously known as Heron of Alexandria was probably the first to come up with the concept of automatic doors. He called it machine number 37 at the time.

His designs and ideas behind this machine number 37 were simple but brilliant. The setup was like this: As the priest with his congregation of followers would approach the temple, the giant doors would magically open by themselves! 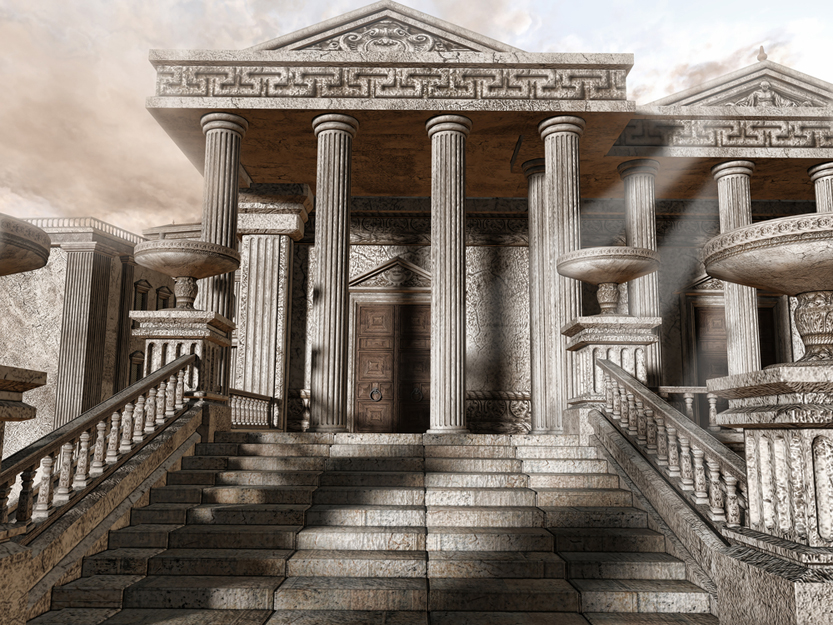 Actually, he developed a clever mechanical arrangement beneath the altar placed in front of the giant temple door. When the priest would step forward and light the fire on the altar, the heat generated would kick the counterweights and pulley arrangement beneath it into action, which would subsequently open the door. Such an arrangement in those times was seen as a miracle. As a sign of the Gods being pleased with the priest and then opening the door in acknowledgment of his service! 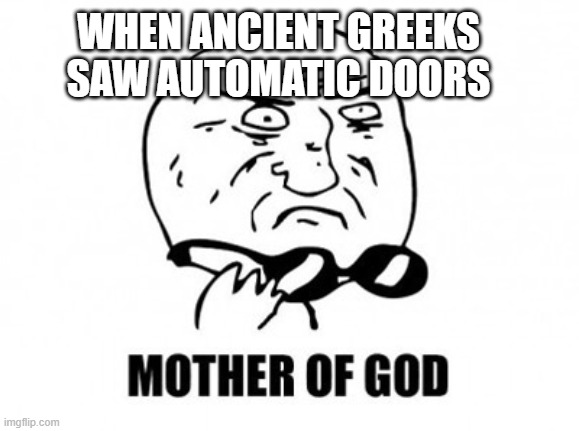 Impressed by this mechanism, Heron of Alexandria wanted to apply this technique of door opening beyond temples, but wasn’t really successful.

It was many centuries later, in 1931, when engineers Raymond and Roby came up with the idea for an automated door for general purposes. They got their design patented and installed the first automatic door-opening system in a restaurant in Connecticut in the US. The hotel staff was thoroughly impressed with this marvel of engineering. Waiters could now move around despite their hands being engaged with plates and cups and no longer needed to awkwardly maneuver door handles!

Now, coming to modern-day automated door systems, most of them consist of sensors that help trigger the opening/closing of doors when required. Let’s look at the various kinds of sensors used in automatic doors.

In the 1960s, ‘control mats’ were used as sensors to detect the approach of pedestrians. These mats detected changes in the weight/pressure on a specific area of the ground in front and behind the gates. If the weight that a particular area experienced was more than the set limit (the ‘trigger limit’ was set lower than the average human weight), then the doors would open. 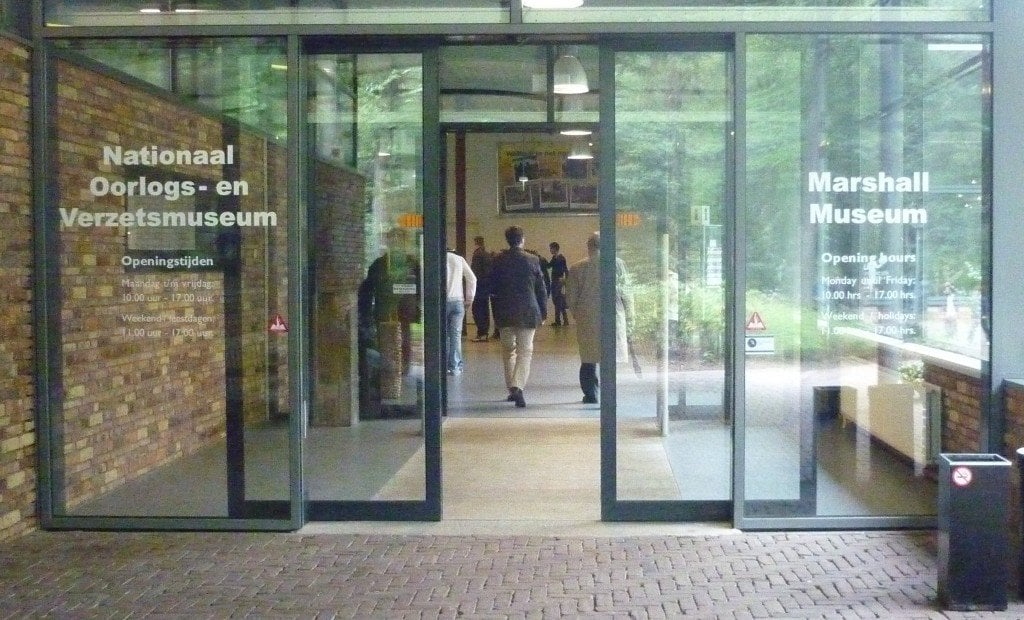 A person would have to stand or walk over the pressure-sensitive area due to its strategic placement (Image Source: Wikipedia)

The advantage of using this kind of system was, and still is, that the doors remain open so long as there is pressure on the mat. In other words, if there is a person standing/walking near the doors, it remains open. This not only makes it easy for swift entry/exit, but also prevents the doors from ‘closing in’ on an individual.

Many advanced automated door systems employ pressure sensors as a secondary or backup sensor. Thus, in case the primary sensor malfunctions, the pressure sensor gets triggered. This pressure sensor would detect the presence of people in the area based on weight and facilitate the automatic opening and closing of the door.

These days, most automatic doors use motion detection sensors or optical sensors, which are installed on the sides of the door, to trigger the opening/closing of doors. These sensors, as their names imply, detect or ‘look for’ motion in front of the gate. In these sensors, motion is detected by a microwave beam (10.5 GHz) produced by an antenna that is installed on the door header and generally points in the downward and outward direction. 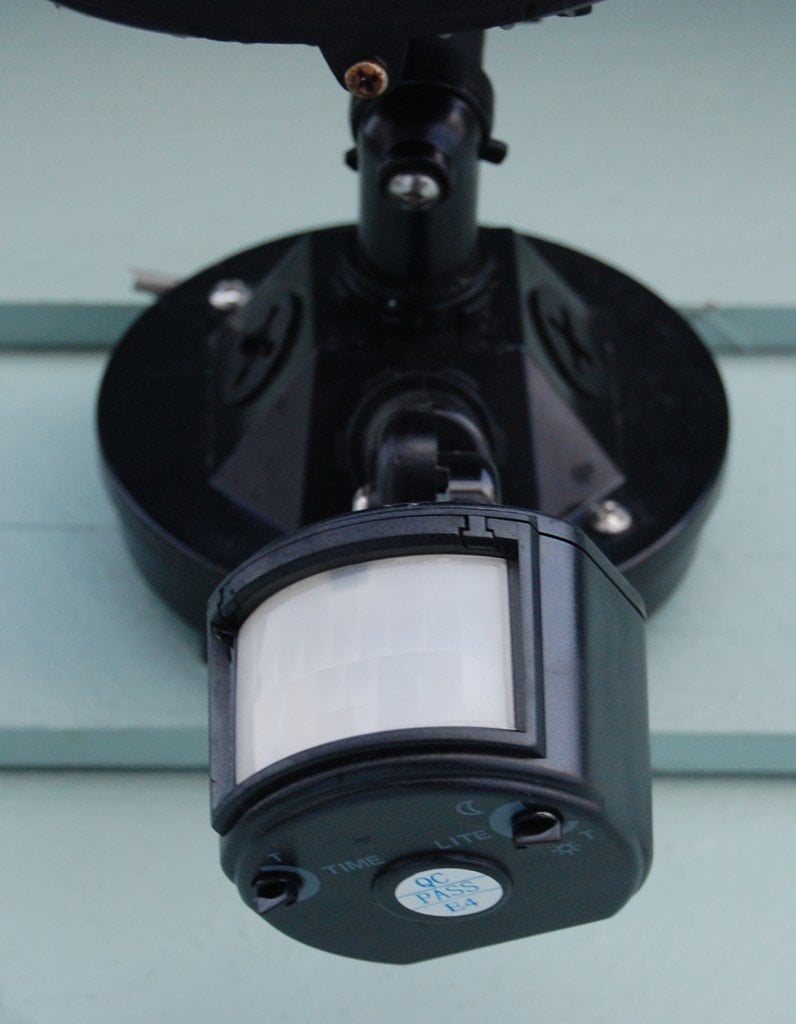 These sensors are quite effective, but have one major shortcoming: they can only detect motion. Therefore, a person who is standing still or walking very slowly (like senior citizens) might not be detected, which can lead to accidents or struggles to get the door to open.

These specialized sensors use infrared technology to trigger the opening/closing of doors. These sensors detect changes in temperature in the area surrounding the doors, so when an individual approaches the doors, their heat signature is detected by the sensors, which causes the doors to fly open! 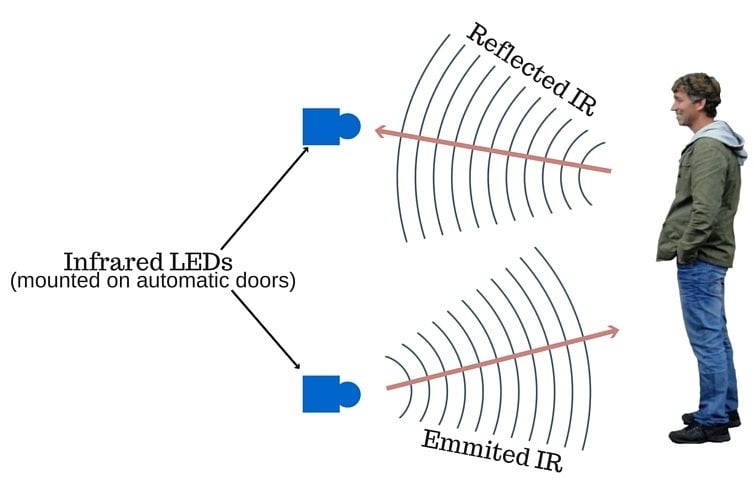 Note that these sensors work efficiently by themselves, but different sensors are often used in combination within a single system to prevent any hiccups or oversight. For example, motion sensors do their job of triggering the opening mechanism as soon as they sense or ‘see’ motion in front of the doors, but if the individual is moving too slowly or standing still near the doors, the pressure sensors can detect the weight of the individual and prevent the doors from closing until the weight is relieved, i.e., the person moves away from it or passes through the doorway.

How do the doors actually open?

After the sensors detect the presence of an individual, the job of actually opening/closing the doors must be completed. Sensors are connected to an electronic drive train, which is attached to the panels of the door through an auxiliary drive or cog wheel. The auxiliary drive is connected by rubber belts that regulate the opening and closing motions of the doors. At the bottoms of these doors are rollers that allow the doors to slide smoothly.

Advancement in automated door systems and their rapid adoption has resulted in unique solutions to impending industrial problems, especially those pertaining to the hospitality and healthcare sectors. Let’s look at some of the significant advantages of having automatic doors in this day and age.

The installation of automatic doors provides substantial economic benefits in a commercial setup, as they help in saving energy, thus reducing bills. This is because doors are the point through which air passes and if left open for long periods of time, it increases the workload on the heating or cooling system, which translates into more power consumption. Automatic doors close automatically and preserve the automated temperature inside the shop whenever there is no movement around the door. This also helps, to some extent, in limiting the flow of dust and debris from outside. 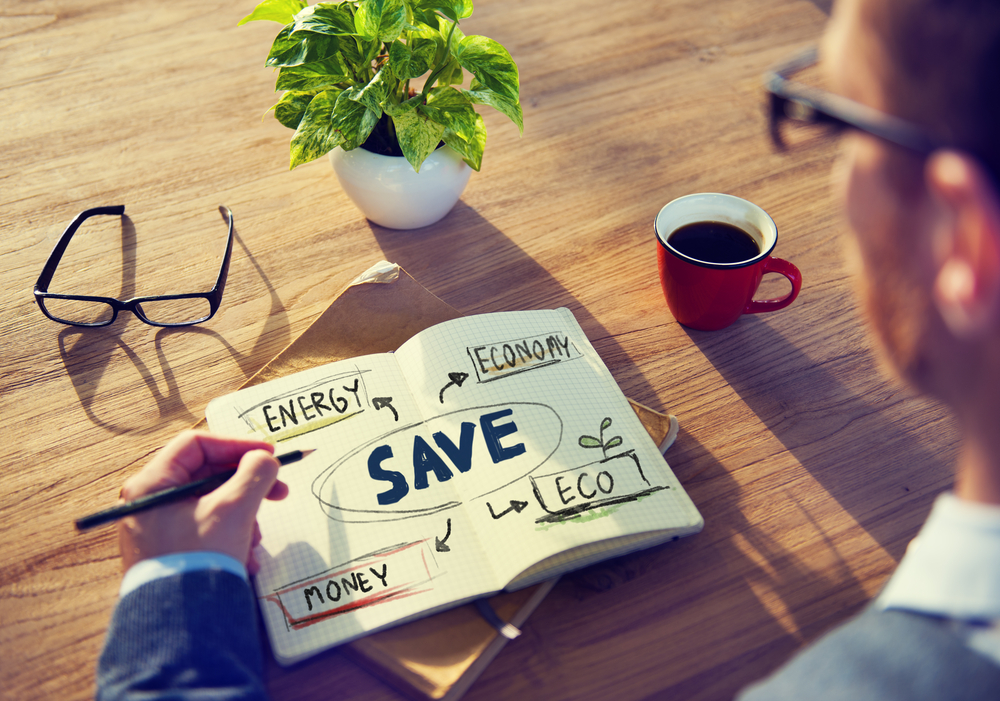 Another area where automated doors provide a substantial benefit is in the health and hospitality industry. The Covid-19 pandemic has demonstrated the dire need for contact-free engineering and alternatives to minimize the spread of viruses and keep hygiene standards high. This is where automatic doors provide the perfect solution for contact-free functionality, which is highly beneficial in hospitals and the healthcare sector. Similarly, improved hygiene through contact-free transportation also serves the food industry very well.

Automatic doors are incredibly convenient and quite safe these days, yet work is always being done to discover better and smarter designs. Automatic doors provide a perfect contact-less solution, which is going to be very beneficial in the post-Covid era. Tech companies, in collaboration with hardware companies, are working to design automatic doors that open and close with a snap of the finger, or simply by voice command! That’s the kind of future I’ve always wanted to live in, and it might soon become a reality!

How well do you know automatic doors?