Satellites use antennas to transmit and receive electromagnetic waves. These waves can be either radio waves or lasers. When a space probe, like Voyager 1, takes a picture, it converts the image into 1’s and 0’s. These numbers are then placed on radio waves and transmitted into space. Once the waves reach Earth, they are detected by powerful antennae called the Deep Space Network. The DSN relays the information to computers, which decode it into useful information.

Effective communication is one of the most fundamental requirements of any space mission. Astronauts on space missions need to be able to get in touch with the ground units at all times in order to perform all sorts of mission requirements, maneuvers and contingency measures. 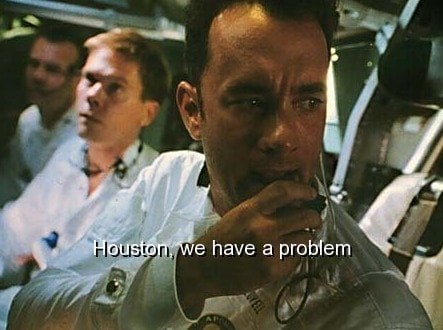 How do you think the crew of Apollo 13 managed to let Houston know that there was a ‘problem’? (Image Courtesy: Apollo 13, the movie)

Even unmanned objects, like artificial satellites and space probes, have to communicate with the ground station consistently in order to exchange information. So, how do these objects, which are hundreds, thousands, or even millions of kilometers away from the home planet, manage to get in touch with Earth-bound folks?

As you can see in this image, visible light, i.e., the light we see and perceive, is also a kind of electromagnetic wave. Similarly, radio waves are also a type of EM wave. These radio waves play an instrumental role in communication with satellites, space probes or any other man-made object in space.

However, with the dramatic advancements in communication technology over the last fifty years, the efficiency of radio waves in transmitting and receiving information has been challenged by a a new method of communication, known as Laser Communications Relay Demonstration mission or LCRD, which has gained immense popularity. 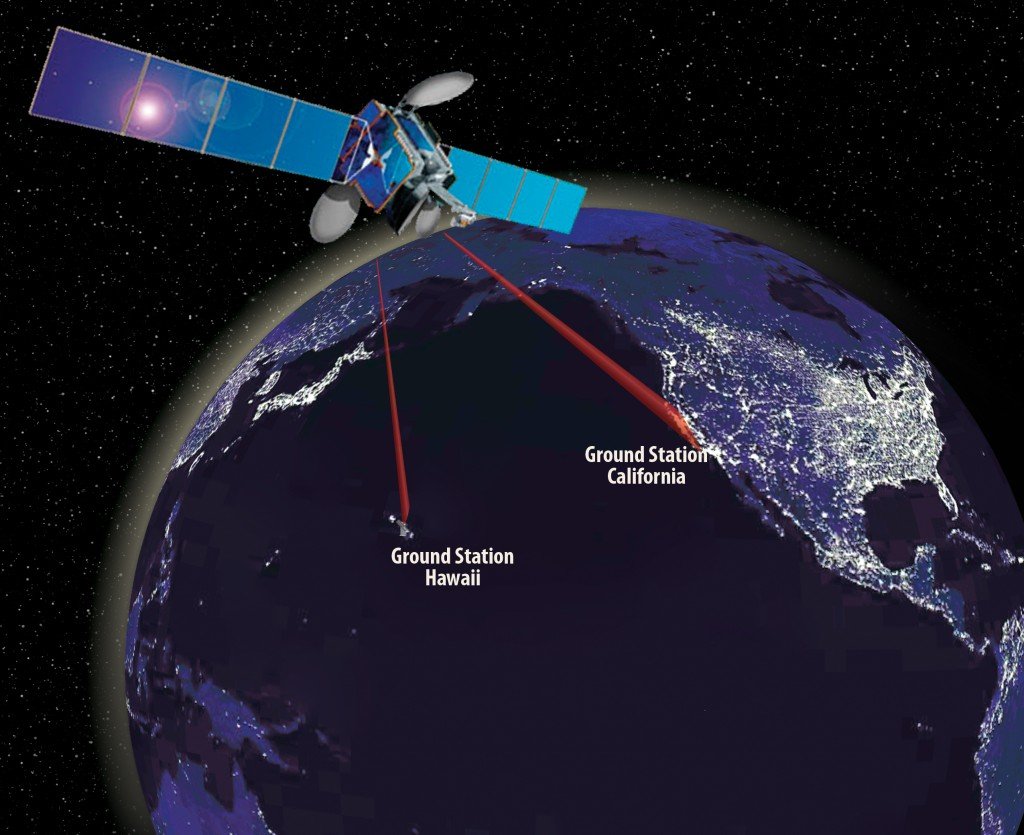 A conceptual image of LCRD. Using this technology, NASA would like to reduce the time it takes to transmit HD images from Mars, i.e., a hour and a half, to just a few minutes. (Image Source: http://www.nasa.gov/topics/technology/features)

Using lasers instead of radio waves, it encodes and transmits data at rates that are 10 to 100 times faster than the best RF radios operating today. The other benefit of using lasers for communication is that, since they can have lower wavelengths than radio waves, less energy is dissipated when they travel through space in comparison to radio waves.

However, this is just one part of the answer; we also want to know about the actual method through which a distant space probe like Voyager 1 sends incredible pictures to Earth, or how an astronaut can talk to his family from space.

How do space probes communicate with Earth using radio waves?

Now that we have established that every man-made object in space uses radio waves (or lasers) to communicate with people back on Earth, we should move on to the actual process through which these electromagnetic waves receive and deliver the intended messages. 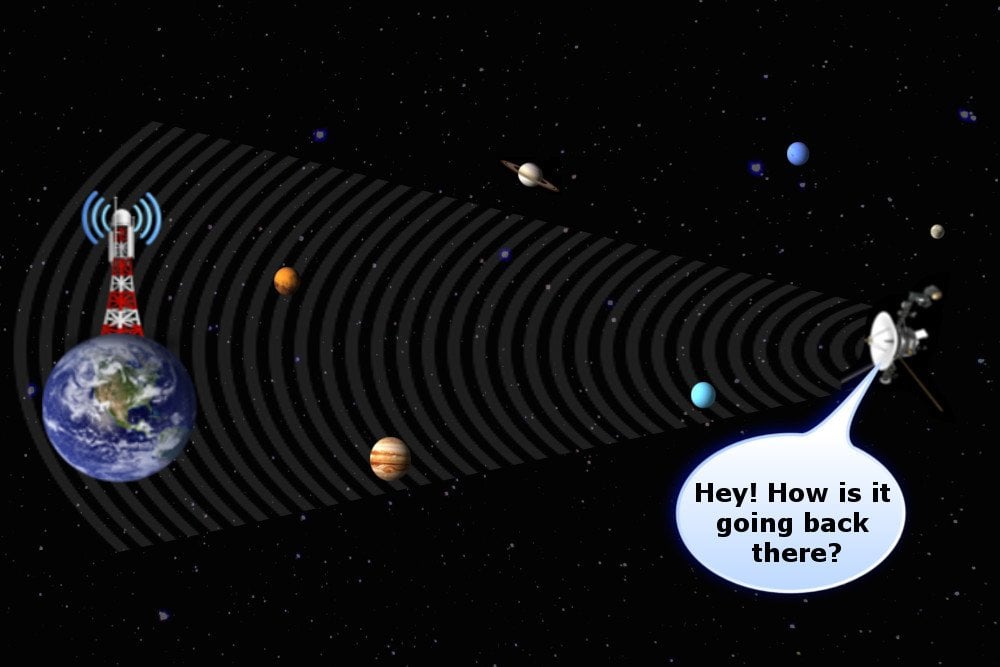 Every satellite or space probe is equipped with a transceiver – a dish antenna (pretty much like the ones you see on rooftops, only many times more powerful) that emits radio signals with as much power as it can afford within its power budget. These signals are then detected by extremely powerful and sensitive antennae, which then feed these signals to high-tech computers to do a lot of calculations and extract useful information from these signals.

Let me elaborate a bit more: space probes contain a bunch of high-tech stuff on board that enables them to sustain their flight and, more importantly, transmit information to Earth. When a space probe, say Voyager 1, clicks a picture of a planet or a celestial body with its camera, it converts it into a bunch of 1’s and 0’s with the help of the computer onboard. Yes, a high-definition image, or any other sort of data, can be encoded using nothing more than 1’s and 0’s! 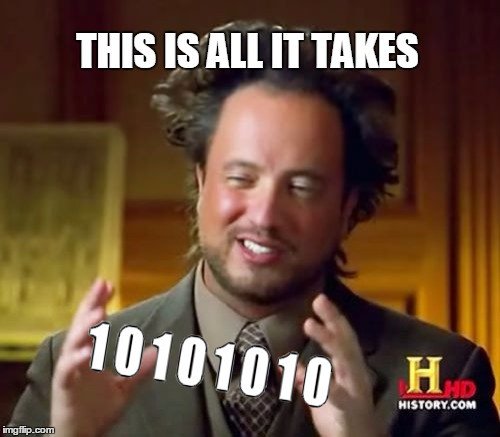 The computer then relays these 1’s and 0’s onto something known as a transponder, which ‘places’ these numbers on radio waves and transmits these radio waves through space. Once transmitted, these waves travel for a very long distance and, quite predictably, take quite a long time before reaching Earth. 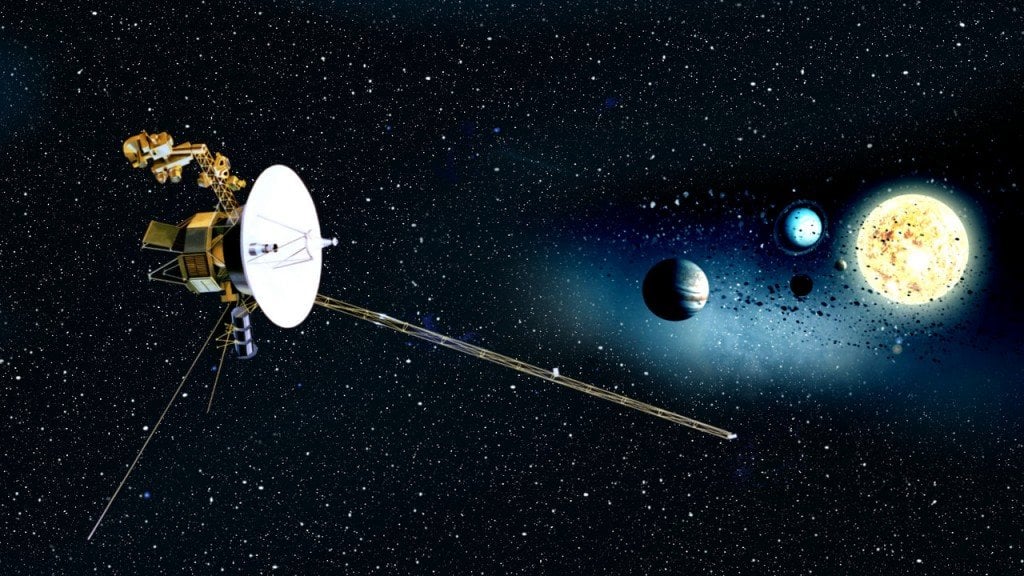 As of October 2014, it takes 18 hours for a Voyager 1 transmission to reach Earth!

Back on Earth, we have an array of very powerful radio antennae called the Deep Space Network or DSN, which is responsible for the ‘reception’ part of the transmission. The DSN consists of three facilities (in Goldstone, near Barstow, California; near Madrid, Spain; and near Canberra, Australia) spaced 120 degrees apart in longitude, which helps to maintain a constant stream of dialogue when Earth rotates. As the most sensitive telecommunications system in the entire world, it supports interplanetary missions and a number of satellites that orbit Earth.

These antennae detect the signals (which contain information pertaining to the current location of the probe and its health, along with the required scientific data, i.e., pictures and audio files) transmitted by the probe and relay them to computers, which decode them into sensible, useful information. 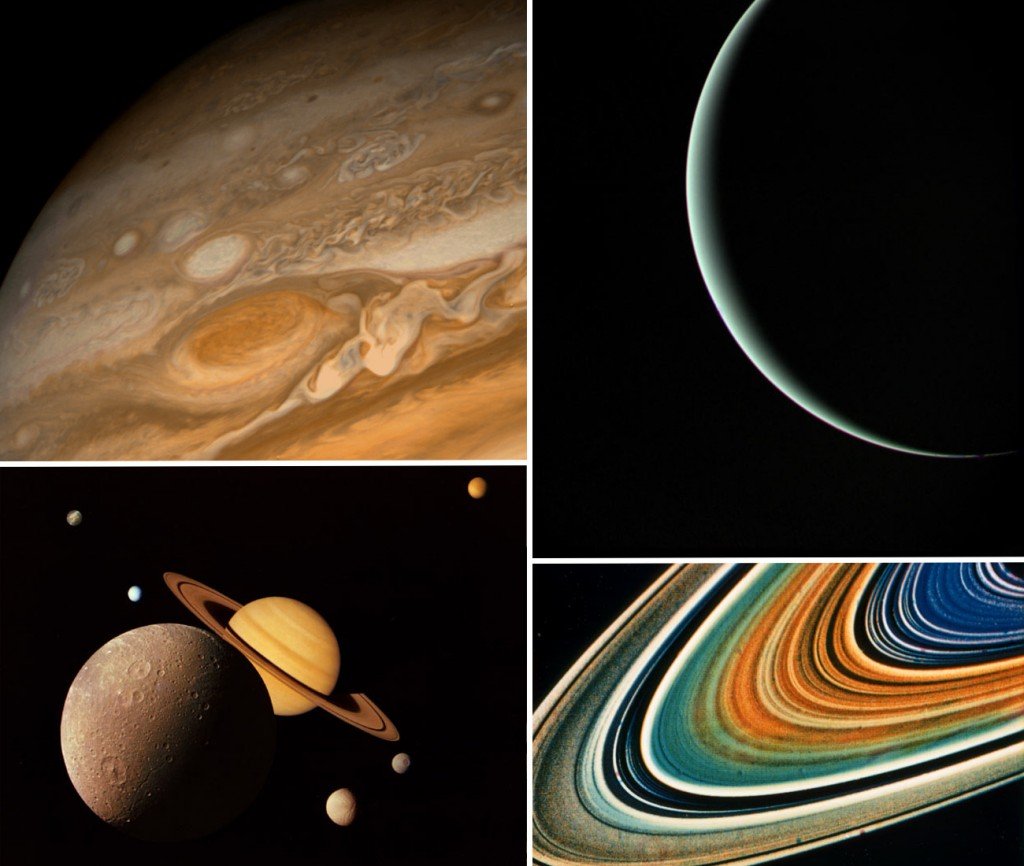 Images of various planets sent by Voyager 1 during the course of its journey (Photo Credit : Voyager.jpl.nasa.gov)

To put this whole concept of transmission and reception into perspective, consider this daily-life example: when you post a selfie on a social network, it gets delivered to all of your friends (connected to the Internet) instantly. This is because your smartphone acts as a transmitter of the radio waves; it transmits your selfie into electrical signals that ‘ride’ on radio waves (hello, modulation!) and are subsequently received by an antenna in your friend’s smartphone. The same thing happens (only in the opposite direction) when your friend posts a picture and you are able to download it on your smartphone.

As the name signifies, DSN is typically used for detecting signals coming from distant objects in space. Communication with space ships like the ISS can also be maintained using other, less powerful antennae. Regardless of the electromagnetic waves being used (either radio waves or lasers), the basic mechanism of communication with probes and artificial satellites remains the same. If not for this simple, yet incredibly effective technique of communication, we could never explore the vastness of space. Recruiting astronauts would also be much more difficult. 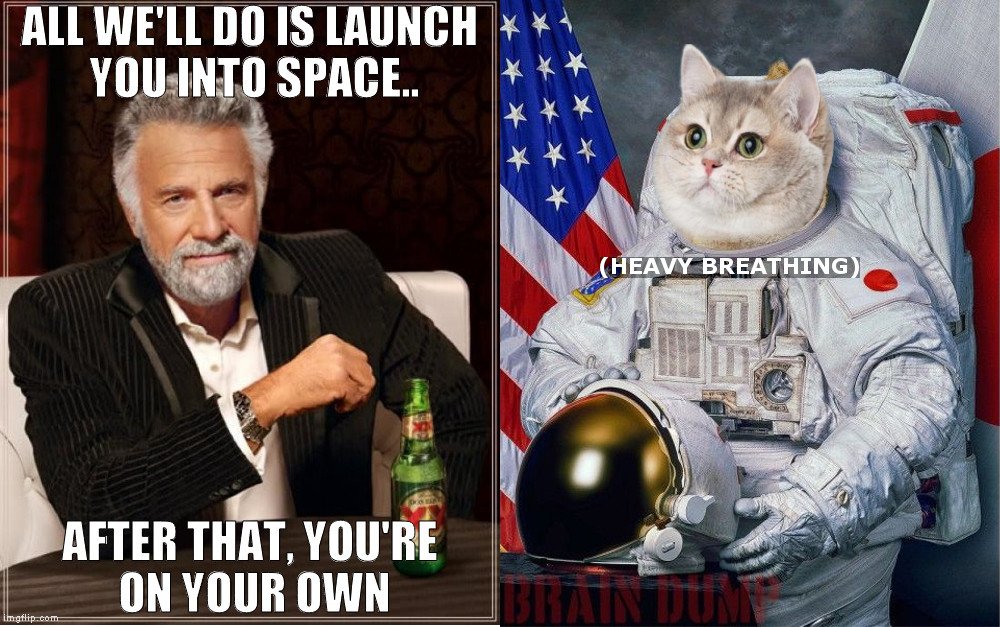