Back when people still used radios (instead of smartphones and tablets) to tune in to the latest news and music on their AM radios, the introduction of FM radio for commercial broadcasting was a big deal. It was so important, in fact, that the term ‘FM’ became synonymous with something that plays music; people still sometimes confuse the term “FM” with a device that plays music via radio waves.

Although both AM and FM are two very popular methods of transmitting information through radio signals, there are a few key differences that result in distinct advantages and drawbacks to both of them. However, before we get to that, let’s work on understanding a few basics.

In radio communication, a radio signal is ‘modulated’ so that it can be transmitted over long distances. In the simplest terms, this means that the radio signal (or input signal), i.e. the signal carrying audio information, is added with a carrier signal.

Unlike a radio signal (which usually has a very low frequency), a carrier signal has a constant amplitude and frequency, i.e. a constant waveform, which helps to carry the radio signal over long distances. The process of ‘mounting’ the original signal to a carrier wave is called modulation. 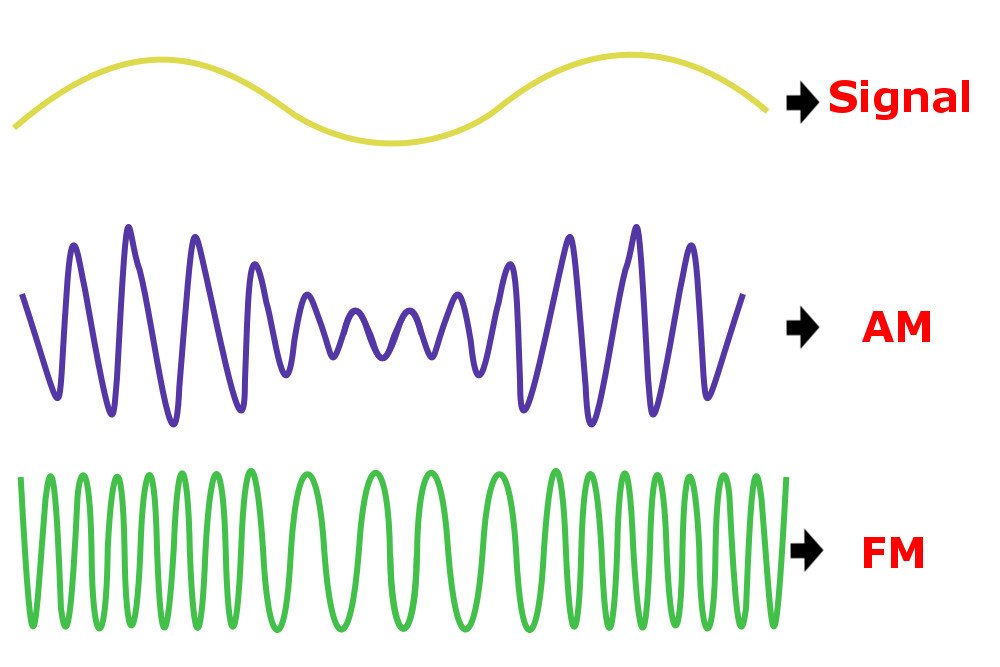 The two main types of modulation of an information signal

Analog modulation comes in three types: amplitude modulation, frequency modulation and phase modulation. In this article, we’re going to talk about the former two, due to their immense popularity in radio communication.

Amplitude Modulation, commonly abbreviated as AM, is a common method of broadcasting radio signals. This method dates back to the 1870s, i.e. the time when we first discovered that information in the form of audio production can be broadcast over long distances through radio waves.

In AM, the amplitude of the carrier wave is modified in order to transmit the input signal (the one that carries information). 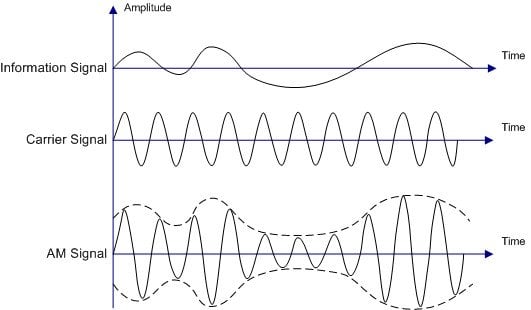 Also Read: How Do Radio Stations Transmit The Name Of The Song That’s Currently Playing? 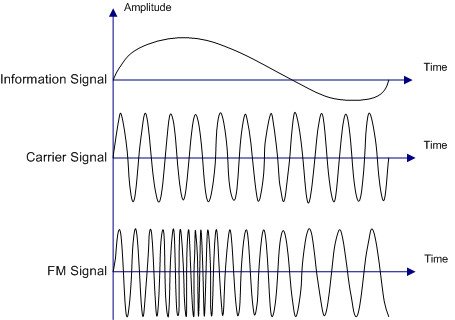 In FM, the frequency of the carrier wave is modified proportionally according to the amplitude of the input signal (Photo Credit : Wikimedia.org)

Due to the much better transmission quality, most music radio stations prefer FM over AM to transmit information (mostly, songs) to their listeners.

Have you ever wondered why you can’t listen to some of your favorite music stations after you leave the city’s boundaries? 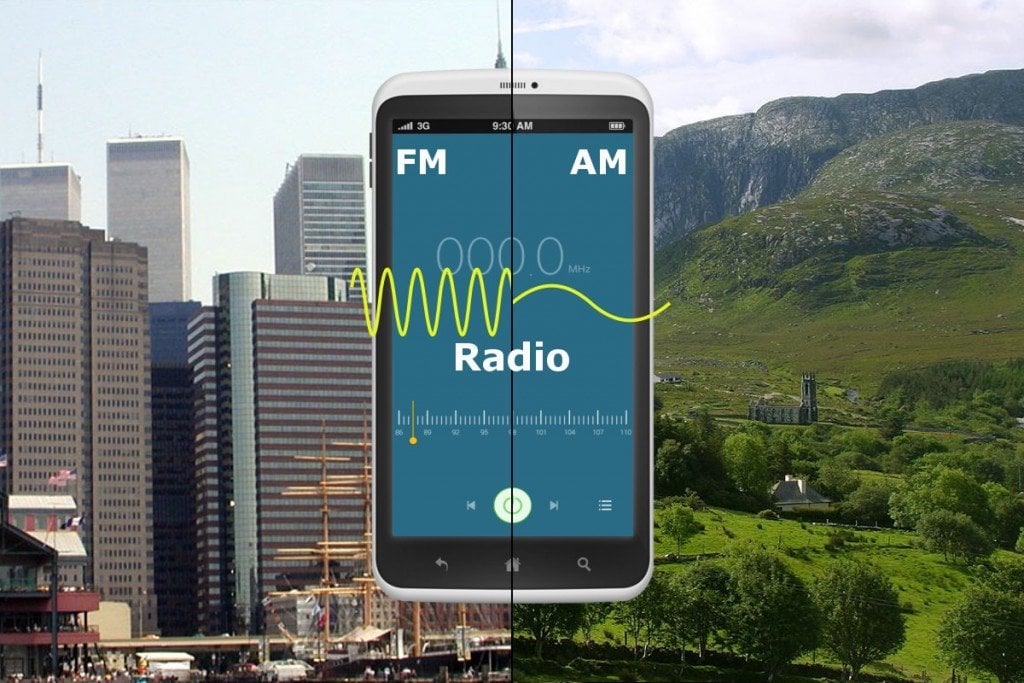 Unlike AM, FM signals can’t travel over long distances; therefore, FM signals have good reception in cities, whereas AM signals (usually used for broadcasting news) have a lower sound quality, but can be transmitted to more remote places.

This is because FM waves have a small range in terms of the geographical regions they can cover, whereas AM waves have a much larger range and can therefore be received even in hinterlands! This is the reason most news stations use AM over FM, because they want the information to reach as many people as possible, even if the sound quality isn’t top-notch, which brings us to the next point.

The equipment requirements of an FM system are costly, whereas AM, with its relatively older technology, relies on less complex and thus cheaper equipment to transmit signals.

Also Read: Why Can’t You Use FM Radio Without Headphones?

The one aspect that’s undoubtedly the most relevant to users, i.e. the sound quality of the transmission, is where FM clearly trumps AM. You see, noise affects amplitude more readily, and since information is stored in the amplitude itself, AM becomes vulnerable to interference. FM, on other hand, relies on changing frequency, and is therefore less susceptible to noise, allowing it to provide a superior quality of sound. It’s no wonder all music stations count on FM to run their business!

Given the fact that both AM and FM are commonly used for broadcasting information these days, it’s evident that there’s no winner in this debate. Whether you use AM or FM while broadcasting something depends entirely on how many people you want to reach out to. And how clearly you want your information to be heard!