Satellites communicate by exchanging electromagnetic waves, either on the Earth’s surface or in space, hovering above a pole or orbiting us everyday. Communication doesn’t necessarily have to occur in the Radio spectrum. Your TV remote communicates with its set top box with infrared waves, while phones communicate with microwaves.

Google Earth provides you the opportunity to visit any place on Earth, yet what do most people do? Look at their own house. In fact, Google Earth doesn’t just show you high-resolution pictures; like Scrooge on one of his ghosts, you are practically tossed there, as you can witness walking pedestrians and live traffic! But how does Google Earth achieve this feat?

What is a Satellite?

The word satellite doesn’t necessarily describe a mechanical box floating through space with solar panels attached to either sides. In more general terms, a satellite is any space-based object that orbits a planet. For instance, the moon is a natural satellite, whereas satellites launched to propagate communication and navigate are artificial, man-made satellites.

To place a satellite in a stable orbit around Earth, it needs to overcome Earth’s gravitational pull and air resistance in its lower atmosphere. The velocity at which it escapes this pull is the escape velocity, which is around 7 miles per second. Even after escaping Earth, a satellite’s tendency to remain in its orbit is contested by the Earth’s constant pull of gravity.

Its linear velocity pushes it outward, while gravity pulls it inward towards the planet. The satellite eventually settles in an orbit when these forces are balanced. 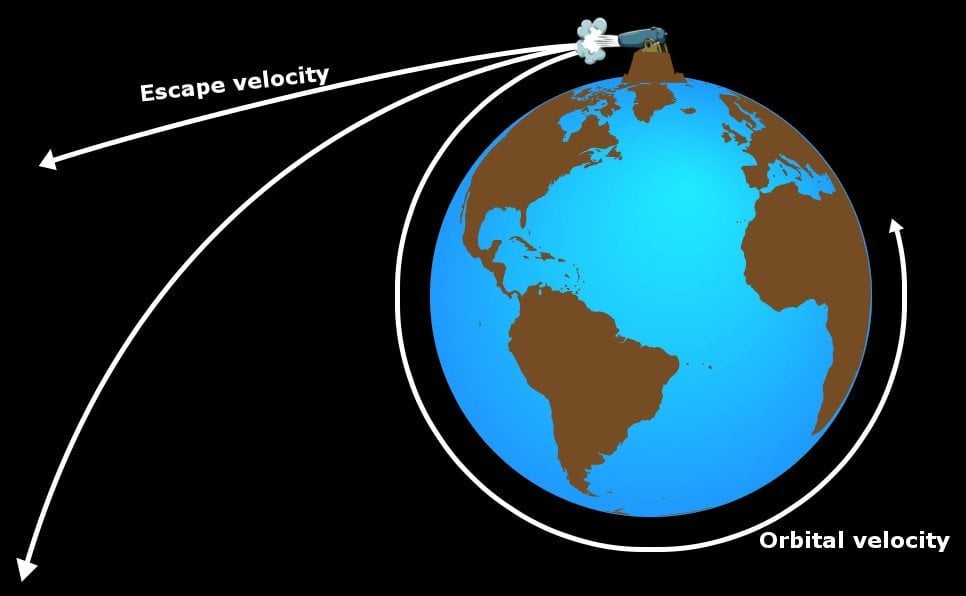 The velocity to keep a satellite in orbit is much higher, and is known as the orbital speed, which is around 17,000 miles per hour. 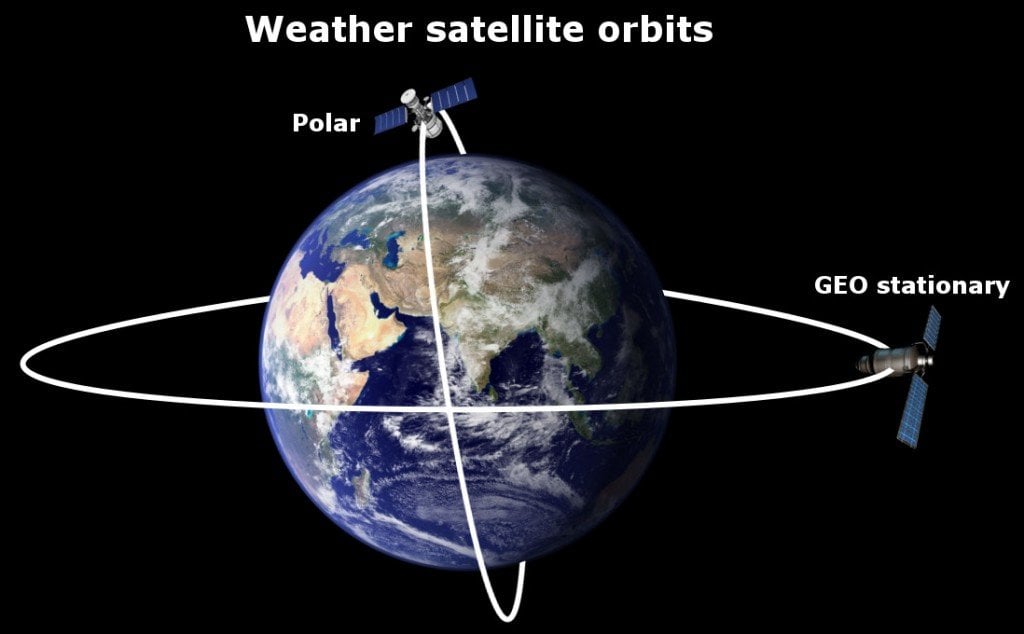 Anatomy of a satellite 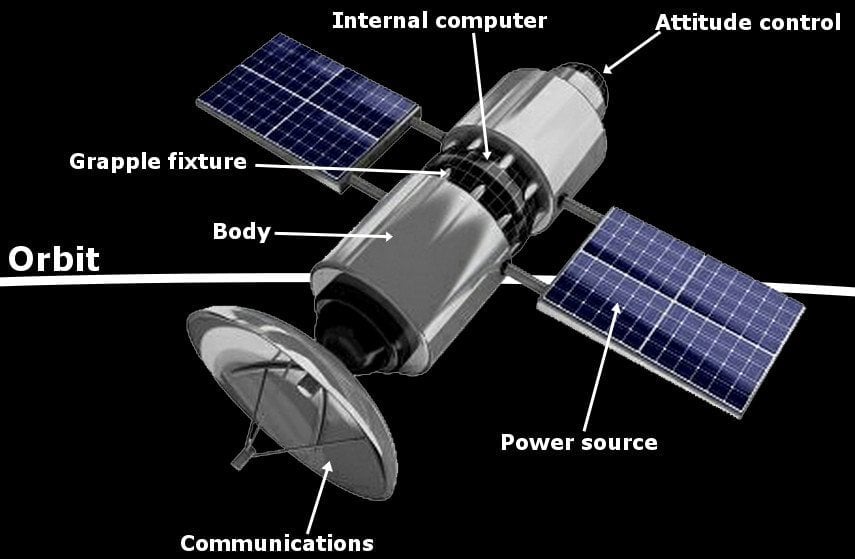 The body of a satellite houses the necessary scientific equipment it possesses. It is designed specifically to carry them safely into space. Engineers must consider a number of different objectives while designing and developing the body.

The circuits responsible for communication are known as the satellite’s transponders. A satellite communicates by either transmitting or receiving signals.

The transmitter is a combination of many individual circuits.

The receiver intercepts the transmitted EM wave and extracts the information inside it to be used. The receiver consists of circuits that mirror a transmitter’s individual circuits. 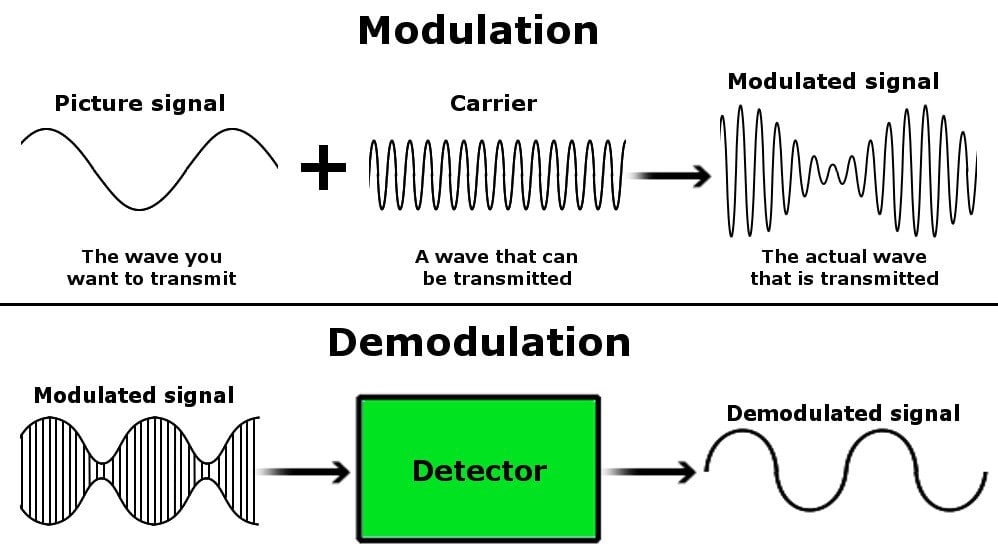 A satellite needs to operate 365 days a year, 24/7, revolving and collecting data. The most readily available source for power is the Sun, but even the Sun is screened by the Earth during eclipses. This is why solar cells are accompanied by high-performance batteries.

This is the brain of the satellite, and includes the Tracking, Telemetry and Control (TT&C) system, which monitors and controls all of the satellite’s parameters, stores and analyses all the data, and governs its communication with one or more satellites.

The data consists of scientific information or telecommunication signals, as well as the satellite’s position and health information.

How does a satellite communicate?

Communication doesn’t necessarily have to occur in the Radio spectrum. Your TV remote communicates with its set top box with infrared waves, while phones communicate with microwaves. The selection of a particular portion of the electromagnetic spectrum depends on many factors, such as the size of antennae, distance between the two participating devices and the obstacles between them.

Waves undergo a phenomenon called diffraction, which makes them deviate and travel around an obstacle. Diffraction can only take place if a wave’s wavelength is comparable to the obstacle’s size. The large wavelengths of radio waves allow them to be easily diffracted around buildings and mountains.

Radio waves transmitted by satellites are also reflected by the charged particles of the ionosphere. This is extremely useful when two satellites on Earth need to communicate, but are not directly in line due to the Earth’s curvature. The transmitting antenna projects the waves at particular angles of incidence such that they are reflected by the ionosphere in the direction of the receiver. 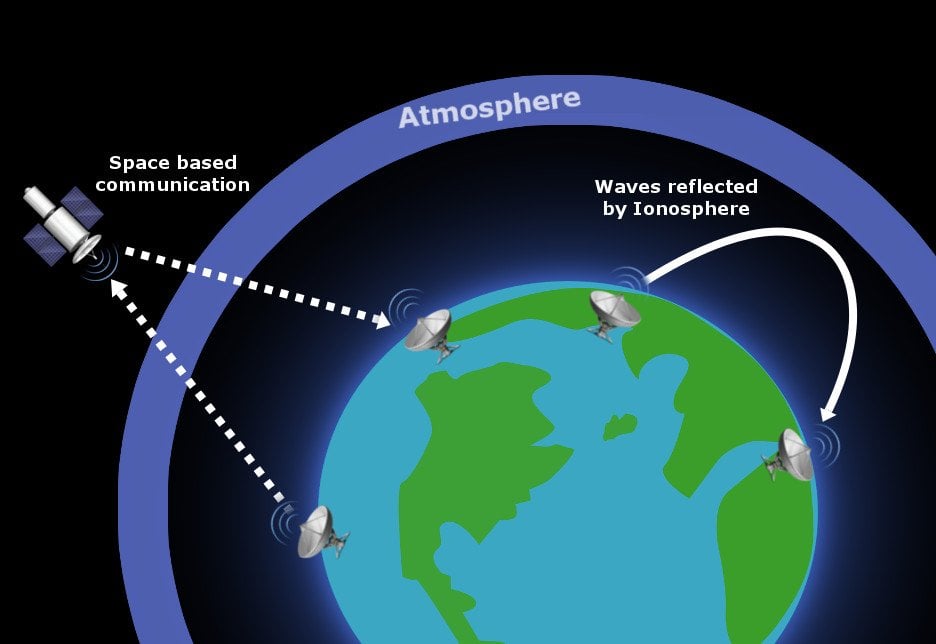 Satellites can also communicate with the help of a space satellite. Satellites hanging in space behave like a mirror, deflecting signals in the direction of the satellite receiving it. Space satellites not only reflect signals, but amplify and re-transmit them, as they are weakened due to constant dissipation in the medium and absorption by the atmosphere. 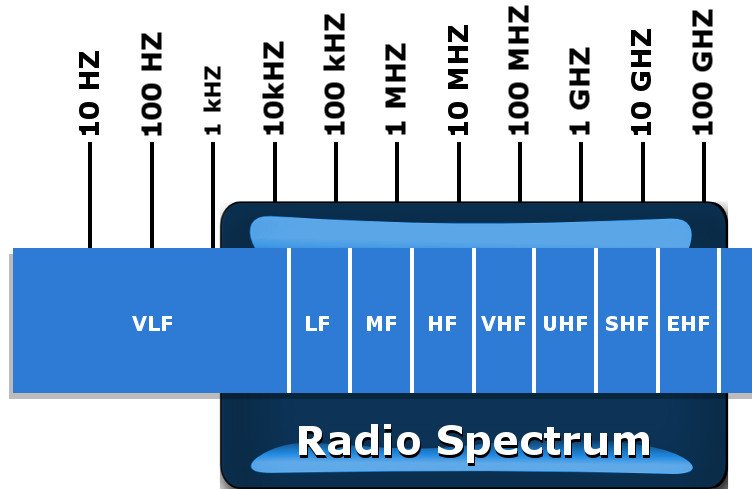 Transmission from a station on Earth to a satellite in space is called an uplink. The satellite then amplifies it and reroutes this signal – on a different frequency – back to the Earth to one or more receivers. This is called a downlink. The area covered by the radiation on Earth is called its footprint. 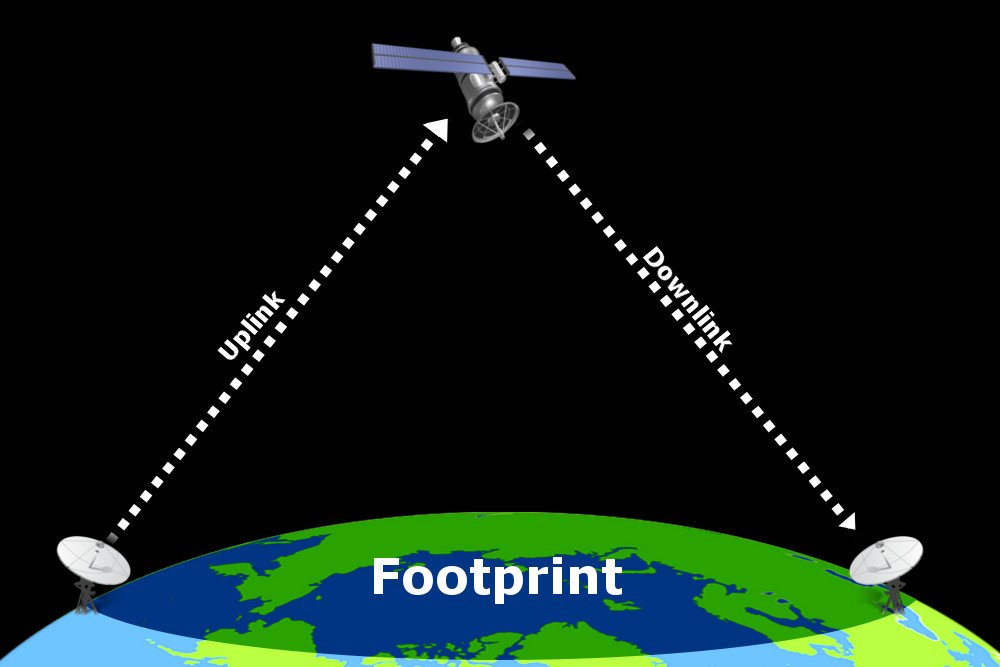 Satellites are extremely useful devices that help us comprehend the incomprehensible geography of our planet. Although satellites have lately gotten a bad reputation, as they allow nosy tech-giant advertising corporations and security organizations to keep us under constant surveillance and disrespect our privacy, they still connect us to people across the globe through our phone or computer screens, and help us reach those people by navigating us one turn at a time.