The space segment of GPS consists of more than 30 satellites that orbit the Earth at a height of 20,000 kilometers. Each of these satellites continuously emits microwave signals that are captured by millions of receivers that operate all over the globe. Any GPS receiver is constantly ‘visible’ to at least four satellites at any given instant.

Gone are the days when, if you lost your way, the only way to salvation would be to get some help from local folks or look for patterns of stars to find directions, if you had that particular skill set. However, what if you’re stranded in a place where you can’t see any sign of life for miles and it’s the middle of the day? 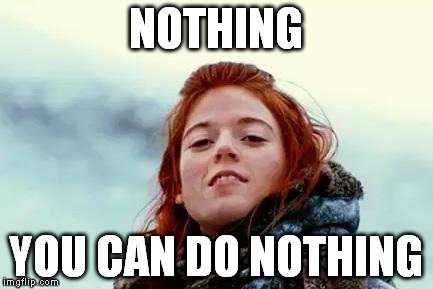 Yes, it must have been a pretty desperate situation in the past. Fast forward to the present, however, and all you have to do to ascertain your whereabouts is whip out your smartphone or some other GPS-enabled device and voila! You’re back in the exploration game without a second thought.

Given our dependence on such technologies, have you ever wondered how a small, wireless device is able to pinpoint your location with such shocking accuracy? In other words, how does GPS work? 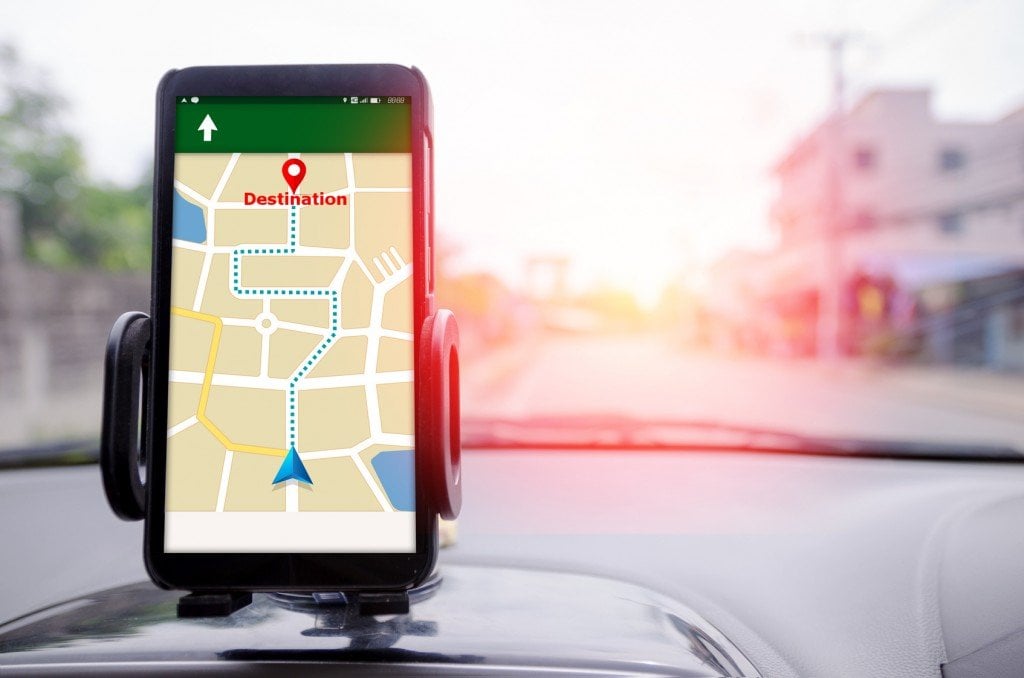 Commonly used these days, the term GPS is used to refer to a feature that comes with a number of electronic devices, including mobile phones, tablets, a hand-held GPS unit and many others. GPS, which is short for Global Positioning System, is a technology that helps to pinpoint someone’s location and provides information about a given point on Earth. GPS consists of three segments: space segment, ground segment and receivers.

– An animation showing 24 satellite GPS constellations in motion with the Earth rotating. Notice how the number of satellites in view from a given point on Earth changes over time (Image Credit: Paulsava / Wikipedia.org)

The space segment of GPS consists of a network of more than 30 satellites that orbit the Earth at a height of 20,000 kilometers. These satellites contain ultra-accurate atomic clocks (accurate to one-billionth of a second!) that, in addition to being synchronized with each other, are also synced up with ground clocks. Each of these satellites continuously emits microwave signals that are captured by millions of receivers that operate all over the globe. 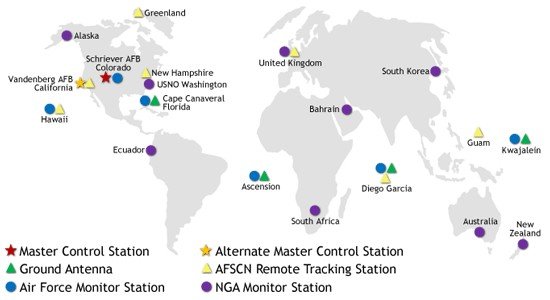 The various components of the control segment work collectively to track satellites, consistently monitor their transmissions, perform analyses, and send data and commands to these satellites. In short, they use tons of machinery to ensure that the information transmitted from the satellites remains accurate and efficient to the highest possible degree.

These are electronic devices that consist of a highly stable clock, receiver-processors and an antenna that is tuned to the frequencies of the signals being transmitted by satellites. 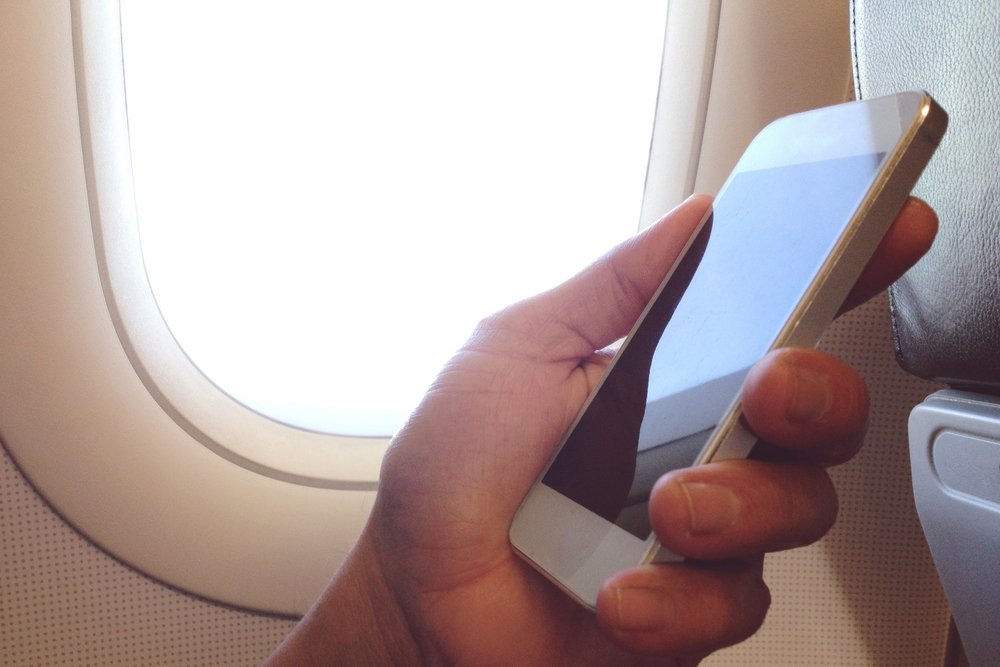 As you can imagine, in addition to hundreds of thousands of military GPS receivers, millions upon millions of GPS receivers currently operate all over the world for civil, commercial and scientific uses. In fact, if you have a smartphone, it’s highly likely that you also tote around a tiny GPS receiver wherever you go.

Now that you know about the three main components of GPS technology, let’s understand how it actually works.

How does GPS work?

Any GPS receiver (say, your smartphone) is constantly ‘visible’ to at least four satellites at any given instant. Each of these satellites transmits a signal that contains information about where the satellite was and what time it was when the signal was transmitted. This signal is then received by your smartphone, which uses the information contained in the signal to calculate its distance from each of the four satellites by using a basic formula.

Once the GPS receiver (i.e. your smartphone) calculates how far it is from these satellites, it can pinpoint its exact location on Earth through a process called trilateration and display it on the screen in the form of coordinates involving latitude and longitude. 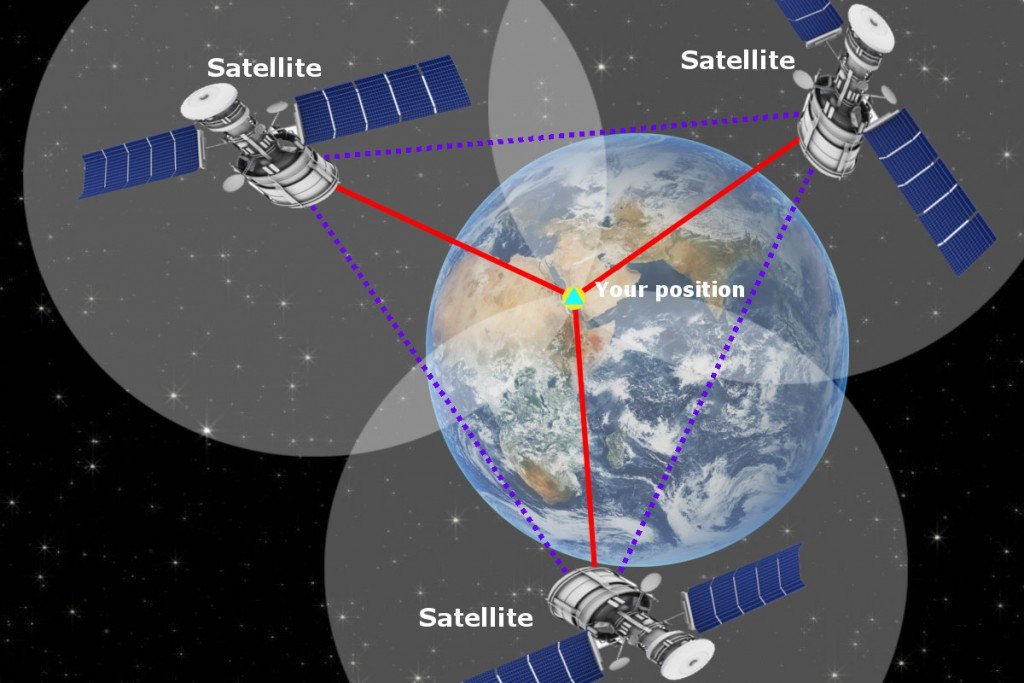 Although distances from at least four satellites is calculated, the receiver only uses the distances from three satellites to pinpoint location; the fourth is used to confirm the results obtained from the first three.

There are obviously innumerable applications of GPS that we can’t live without, but as an avid traveller, the most important is the fact that, if not for GPS, we would probably still be getting lost every time we adventured out into the wilderness!