A DVD is an optical disc that uses light to read and write the stored data on a flat disc. Data is stored on a thin and long spiral track running around the disc. In a read-only DVD, the data is encoded in the spiral track during manufacturing. In a re-writeable DVD, the data is encoded in a phase-change material that alters its molecular structure (phase) at different temperatures.

Until the last decade of the twentieth century, movies, songs and other information were largely stored on VHS tapes and other analog tools, which were based on 1930s magnetic tape technology. However, in the late 1990s, DVDs entered the market, and played an influential role for youngsters growing up in the 2000s. DVDs became synonymous with new movies, computer games and songs.

Tech giants like Sony, Microsoft and Sega quickly adopted the technology and created flagship gaming consoles PlayStation and Xbox, all of which were DVD-based.

There’s hardly anyone from the millennial generation who hasn’t waited with bated breath to see the DVD logo strike the screen corner when the DVD player is turned on. 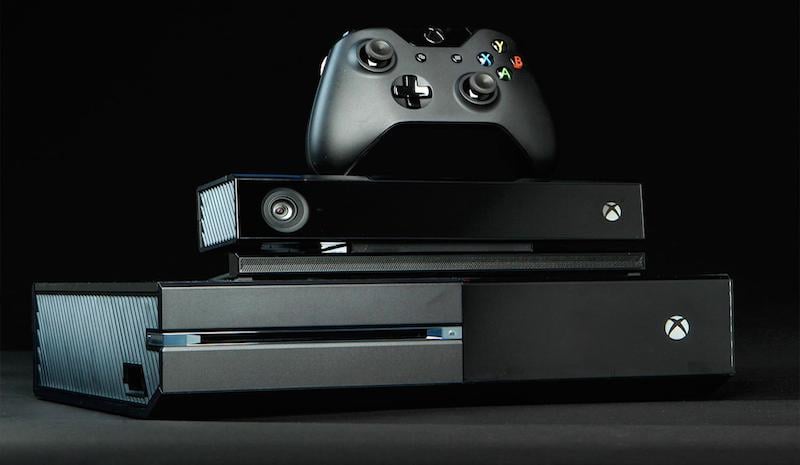 A Brief Overview Of DVDs

DVD is an abbreviation for Digital Versatile Disk. A DVD is an optical disc that uses light to read and write the stored data on a flat disc. Digital data is a sequence of 0’s and 1’s (binary numbers).

A DVD stores data in a binary format. This data is then converted into its original analog counterpart using conversion algorithms.

A DVD is essentially an upgrade to a CD (Compact-Disc), as the underlying technology is the same in both, but a DVD is tweaked such that far more data can be stored within the same physical volume.

DVDs can be classified into two categories based on functionality: Read-Only and Re-Writeable.

The majority of the physical volume of a DVD consists of a rigid, temperature-resistant and transparent plastic layer made up of polycarbonate (PC), a thermoplastic polymer. Behind the PC layer is a reflecting layer. These two layers make up the data storage layer and are the functional aspects of the disc. Without them, a DVD would not work.

DVDs store data on a thin and long spiral track running around the disc.

In this type of DVD, the bottom layer consists of a transparent polycarbonate (PC) layer. One side of the PC remains flat, and on the other side, a spiral cavity is imprinted (called a ‘track’). The cavity is not continuous, as there are small obstructions (absence of cavities) along the length of the spiral, resulting in a spiral track with breaks, as shown below.

Areas containing a cavity are called ‘pits‘ and areas devoid of a cavity are called ‘lands‘ (think of it as a long single-lane road with speed-breakers placed intermittently). A reflective sheet made of aluminum is placed behind this side of the PC layer. The sheet is shaped such that it perfectly covers the pits and lands (think of the interface between two joined Lego bricks; one brick is PC and the other brick is aluminum). 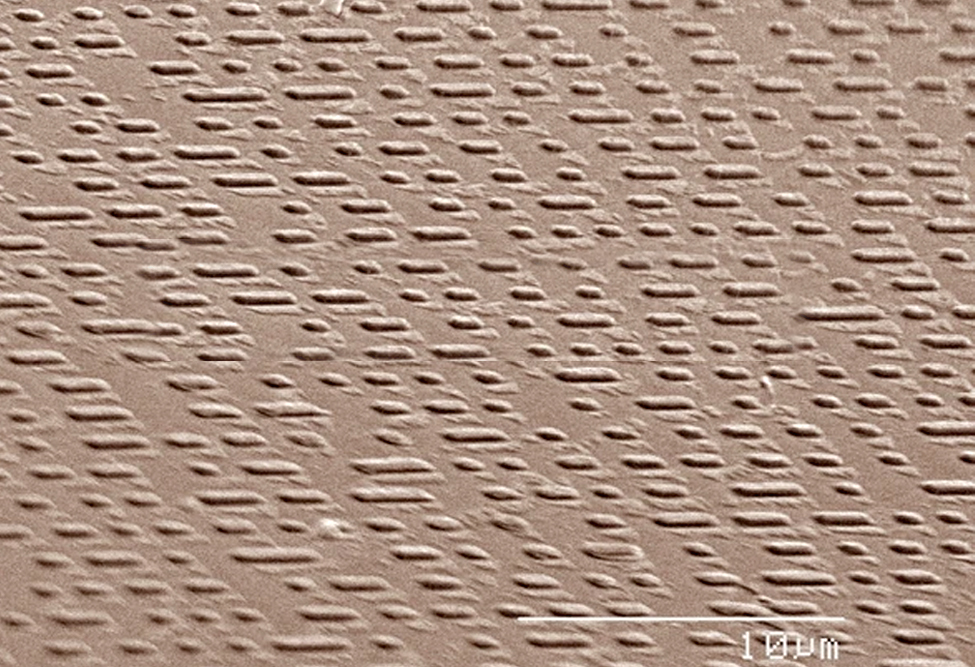 A low-power laser is shone on the flat side of the PC when in use. Since the PC layer is transparent, the light ray travels though it and reaches the other side containing the imprint (pits and lands). The aluminum sheet reflects the ray back and a sensor detects the reflected ray.

Since the disc keeps rotating, the laser strikes the pits and lands in the sequence in which they are imprinted. Whenever a transition occurs from a pit to a land or vice-versa, the intensity of reflected light reaching the sensor changes. Higher intensity light is given logic 1, and lower intensity is given logic 0.

Thus, the sensor detects the data as a sequence of 0’s and 1’s by detecting every change in light intensity. 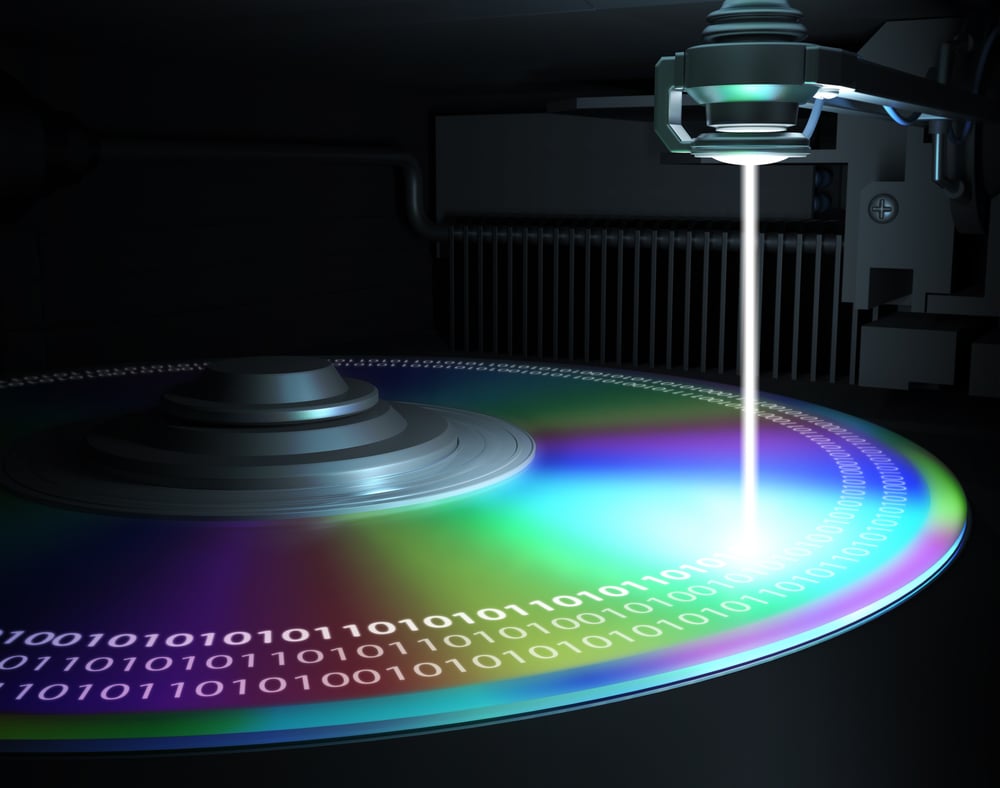 Re-Writeable DVDs also have a thick PC layer at the bottom, boasting the same properties as read-only discs. However, the reflecting layer is made up of a phase-change solid that alters its molecular structure (phase) at different temperatures. The two phases are crystalline and amorphous. At low temperatures, the molecular structure of the solid remains crystalline, and at higher temperatures, the structure changes to an amorphous configuration. The reflectivity of the material depends on its phase.

When a red laser (650 nm) is shone on a DVD-RW, light travels through the PC layer and reaches the phase-change material. The temperature of the illuminated area rises and a phase change occurs from crystalline to amorphous, and a new molecular structure is attained. Due to the rotation of the disc, the previously illuminated area moves away and its temperature falls. This fall in temperature crystallizes the new structure. Areas with different molecular structures correspond to the illumination of the region by the write-laser. When a low-powered read laser is shone, the reflected ray intensity at the detector changes according to the region being illuminated. 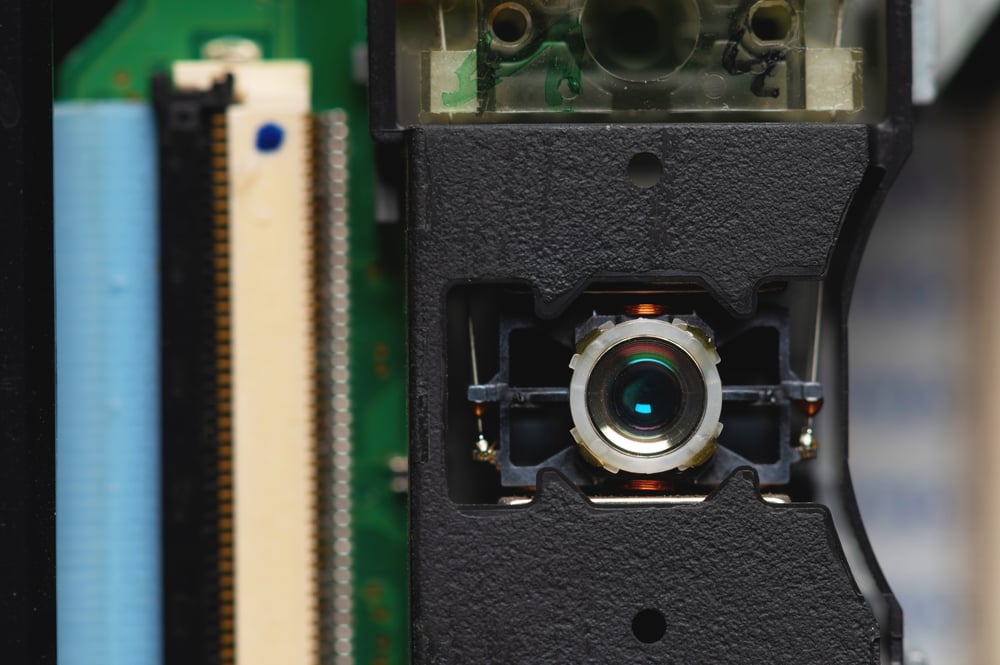 Close-up view of a laser lens from a DVD drive (Photo Credit : yanik88/Shutterstock)

The above discussion pertains to single-sided (SS) and single-layered (SL) DVDs. This means that data can only be read/written from one side (SS) and can only be stored in a single layer (SL). There are dual-layered (DL) and dual-sided (DS) DVDs too, but the mechanism of storage is the same in all DVDs.

Also, what we have described are all official DVD variants, viz. DVD-R, DVD-RAM, DVD-RW and DVD-ROM. An unofficial group of formats also exists, designated as DVD+ formats, including DVD+R, DVD+RAM, DVD+RW and DVD+ROM. The underlying technology is the same in all DVDs, so the only difference between (-) and (+) variants are technical specifications, such as spiral length, spiral width, wobble frequency (amount of deviation from a perfect spiral), etc. The official DVD variants are all DVD- and carry the official DVD logo. DVD+ variants do not carry the official logo.