Yes, the digital data on your hard disk has mass.

In today’s world, data is king. Everywhere you look, data is being stored in some form or another. In the olden days, when any kind of data was stored in the form of paper, it was easily quantifiable as to how many kilograms of paper (or data) was being used or stored. However, in today’s world, such a comparison is rather foolish, as even enormous amounts of data can be saved on a hard disk, which was completely inconceivable in the past. The question remains, however… does all this stored data have mass? Before we answer that, let’s take a closer look at how we store and view data on a hard disk.

How a Hard Disk work

A hard disk has a few parts that help it read and write data. The first primary part of a hard disk is the platter, which is a circular plate made from magnetic material. The platter is divided into billions of tiny areas. Each area on the platter can be magnetized (to a 1) or demagnetized (to a 0). The reason why this form of memory is magnetized is because even if the power supply is absent, this form of memory remains secure. 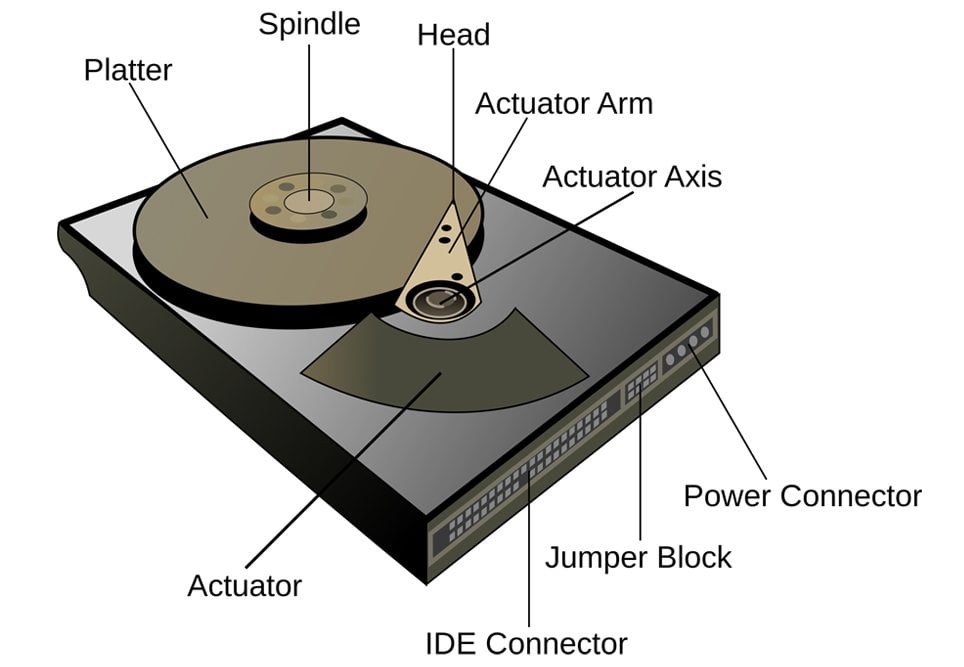 The data stored on a hard disk is not something haphazard, where magnetization and demagnetization can occur just anywhere. The computer carries the storage of data in an orderly fashion so that it can find the data later. Bits of data are stored on circular paths present on the platter known as tracks. Each track is further divided into smaller sections known as sectors. The computer has a detailed map as to which sectors of the hard drive have data in them and which do not. So, whenever it needs to write or access the data, it looks on the map and carries out the appropriate action.

There’s an arm mechanism that moves a tiny magnet called a read-write head back and forth over the platters to record or store information. There is also an electronic circuit that controls everything and acts as a link between the hard drive and the rest of your computer.

Now, ask almost anyone you know about whether there is a “weight” yo data, and the answer they will probably give you is no. However, if you know someone who is a physicist or a person involved in science, their answer might be a bit different. For all practical reasons, we can state that the weight of a hard disk does not increase, but that statement can be questioned depending on what scale of measurement you are considering this “weight”. From a purely precise and scientific perspective, the weight does change by 10-14 grams, and you will see how this is calculated below.

Every atom has a certain property known as the magnetic dipole moment. The magnetic dipole moment theory states that every atom acts like a tiny bar magnet with a north and a south pole. The magnetic material the platter is made from is a ferromagnetic material. The magnetization process in a ferromagnetic material, when data is written on it, is that all the north poles tend to align in one direction. This leads to the formation of magnetic domains where a particular group of atoms all become magnetically aligned in one direction. If this magnetic domain of atoms aligns themselves towards the reading head, it represents a set bit (1); if it faces away from the reading head, it is called an unset bit (0).

It is also important to understand that each atom acting like a magnet has a certain amount of energy it gives out, depending on whether the atoms are aligned or anti-aligned. According to the laws of physics, the amount of energy that the pair of a magnetic dipole is:

Now that we know the amount of energy two magnetic dipoles create, we must bring one more equation into the picture — a famous equation from an equally famous scientist. It is none other than Albert Einstein’s infamous equation E=mc2. Now, how does this equation play a role in finding out the digital mass of data? The reason why the above equation is introduced is to show that, just as mass interacts with gravity to produce the effect of an object having weight, so too does energy couple with gravity to give it weight. Thus, by taking the energy differences between the two possible magnetic alignments and dividing the resulting answer with c2, we get the equivalent mass of digital data. 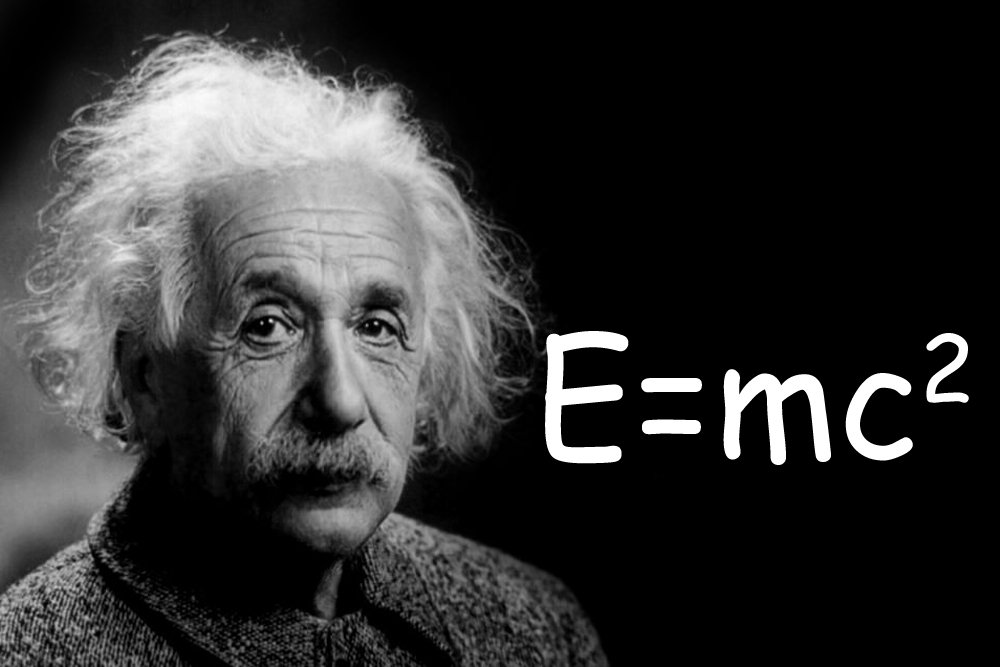 You still may be wondering how we got around to the approximate change in mass of the hard drive as digital data fills it. Suppose we take 10 grams of cobalt as our choice of material into which we want to store data. The magnetic dipole moment contributed by each atom is provided through a single free electron. The magnetic dipole moment added from a single electron is equal to the Bohr Magnetron. The Bohr Magnetron is a physical constant in atomic physics – a natural unit for expressing the magnetic moment of an electron caused by either its orbital or spin angular momentum (hang in there, things get easier from here). 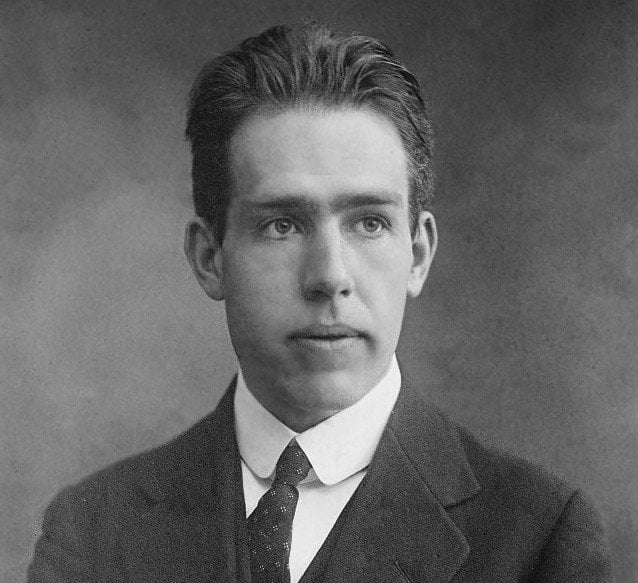 That would mean there are 1023 electrons (I’ll save you guys the calculations). A 1TB hard disk has close to 1012 domains present on approximately 400cm2. Assuming each domain has four neighboring domains, it would get -5J if all were aligned in the same direction and +5J if all were anti-aligned. If we plug these values into the above equation and divide it by c2, we get an effective mass difference of 10-14 grams. That is how we prove that digital data does have mass, even if it’s an incredibly tiny amount!