The primary purpose of memory, whether it be human or machine, is to keep a record of information for a specific period of time. One thing about human memory, however, in comparison to machine memory, is the ability of human memory to forget. This might sound like a drawback for us humans, but we must consider the fact that there are only so many things that we can possibly remember. Computers don’t forget or remember things the way we humans do. They store information in the form of binary code.  This means they either know something or not (excluding the failure of hardware or the corruption of data). Now, let’s take a look at how a computer stores information in different types of memory. 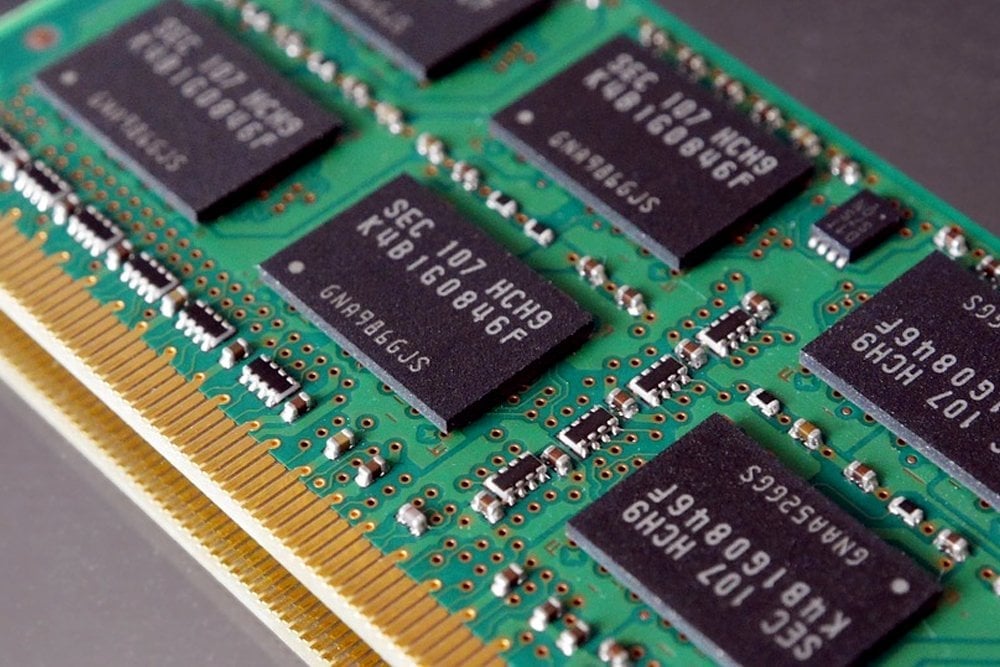 Behavior Of Memory When Power Is Turned Off

The fundamental similarity between human and computer memory is the fact that both have two types of memory. For humans, there are short-term memory and long-term memory. Short-term memories are activities you have recently seen that required processing. Long-term memory is composed of the facts we have learned, events we have experienced and things we need to remember for an extended period. Now, when it comes to computer memory, the first type of memory is built-in memory (or main memory). This memory is usually known to be volatile, which means that as soon as the power is turned off, the computer tends to forget this data stored in it. The kind of memory that is volatile is the RAM (Random Access Memory). This is where the secondary type of memory comes in, known as Auxiliary Memory. We can consider a hard drive to be a prime example of Auxiliary memory. This memory, unlike volatile memory, does not get erased when the power to the computer is turned off. Now, let’s take a look and try and understand how built-in RAM and hard drives work.

When it comes to internal memory, there are two types: RAM (Random Access Memory) and ROM (Read Only Memory). RAM chips only keep things in their memory until the power is turned off. Therefore, it is used only for short-term memory storage. ROM chips, on the other hand, remember things whether or not the power is turned off. The ROM is programmed with a set of instructions that can only be read by the computer. In the factory, the ROM is used to store things like computer BIOS. The BIOS operates the fundamental systems’ programs, such as the input/output functions, computer screen, and keyboard.

Also Read: What’s The Difference Between RAM And ROM?

When it comes to RAM, there are two kinds—DRAM and SRAM. DRAM stands for Dynamic Random Access Memory, and SRAM stands for Static Random Access Memory. The DRAM is less expensive, in comparison to the SRAM. It has a higher density than SRAM, with respect to the amount of memory it can pack in the same size, so it’s used for most of the internal memory you find in PCs, games consoles, and similar devices. SRAM is faster and uses less power than DRAM and, given its greater cost and lower density, is more likely to be used in the smaller, temporary, “working memories” (caches) that form part of a computer’s internal or external memories. SRAM is widely used in cellphones, where power consumption is of prime importance.

When it comes to ROM, there are two kinds—EPROM and EEPROM (Electrically Erasable Programmable ROM). Today’s devices primarily have EEPROM in them. The EEPROM can store data indefinitely, but the data can be erased by passing an electric current through it.  EPROM was only used in the past, but it is no longer used in today’s devices. The reason for this is that, to erase the memory on the EPROM, it must be painstakingly removed from its circuitry, and then a strong UltraViolet must be shone on it to remove the memory. 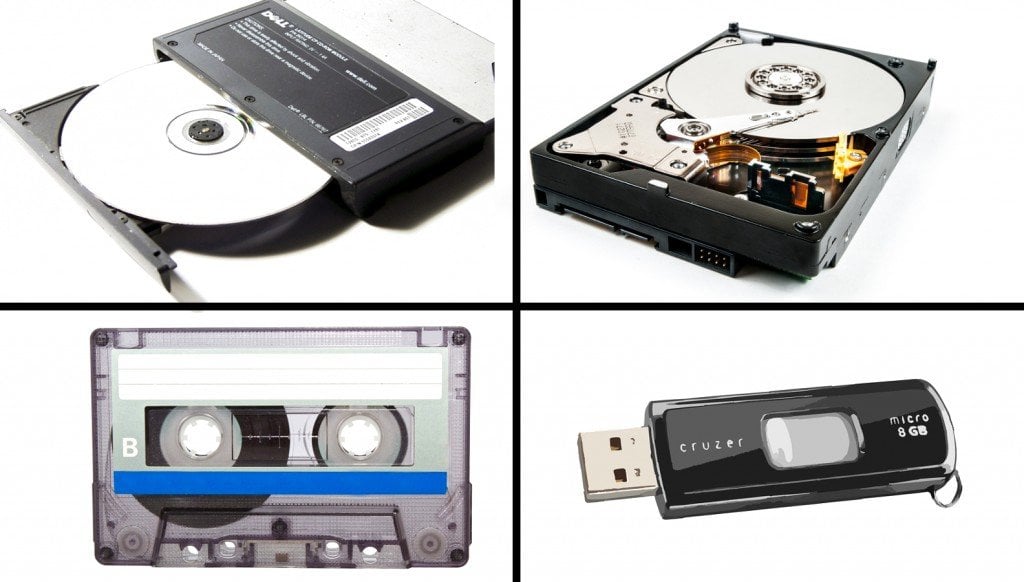 Auxiliary memories are all static memories, which means that even after the power is turned off, the memory is still intact. The most common kind of Auxiliary Memory is hard drives and CD-ROM. However, looking at the long, fascinating history of computer memory devices, the first kind of Auxiliary Drives was actually the floppy disk. It was used from the late ’70s to the mid-’90s.  These were small, thin circles of plastic, coated with magnetic material, spinning inside durable plastic cases, which were gradually reduced in size from about 8 inches, through 5.25 inches, down to the final, most popular size of about 3.5 inches.

The next kind of memory devices were Zip Drives. Zip drives were similar to floppy disks, but stored much more information in a highly compressed form inside chunky cartridges. In the 1970s and 1980s, microcomputers —which are the ancestor of today’s computers—often stored information using cassette tapes, exactly like the ones people used back then for playing music. You might be surprised to hear that big computer departments still widely use tapes to back up data today, largely because this method is so simple and inexpensive. It doesn’t matter that tapes work slowly and sequentially when you’re using them for backups because generally, you want to copy and restore your data in a very systematic way—and time isn’t necessarily that critical.

Also Read: Where Do Deleted Files Go In A Computer?

Therefore, to conclude, different memory storage techniques work in different ways when the power is turned off; some wipe out the data stored in them, while others store them indefinitely!

How well do you know about computer memories?