The primary reason why it feels so good when you sneeze is because a sneeze stimulates the body to release endorphins, which produce a “feel good” effect.

Have you ever felt that irritating tickle in your nose? You know the feeling, it’s like an itch under the bridge of your nose, that tingles your sinuses in a very uncomfortable manner, but then suddenly, with a loud and satisfying blast, a sneeze takes it all away. It’s a feeling of gnawing discomfort until you finally expel the air. You instantly feel relieved. Free from the wretched sensation of that itch. Life is great again!

What is that irritating tickle you feel before you sneeze? 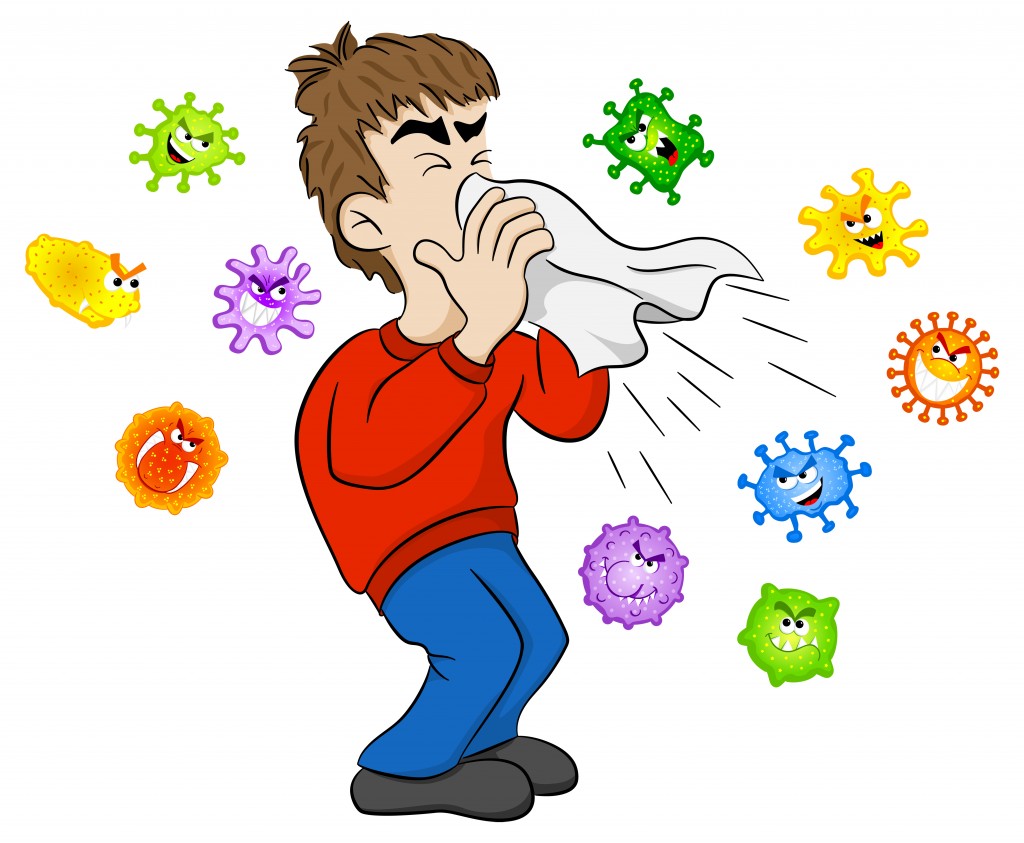 Flu germs spread via sneezing; too bad they don’t glow green like in the image above, so we could see them and get out of their way! (Photo Credit : AntiMartina/ Shutterstock)

Sneezing occurs because of foreign irritants in your nasal passage. As a natural response, your body expels this air, thus protecting your body from foreign entities like dirt, mold and bacteria. The signaling of this irritation occurs inside the nerves, which communicate the information to the brain.

It should be noted that people who are sensitive to sunlight may also sneeze when there is bright sunlight present. Such sneezers are referred to as ‘photics’. This sensitivity, however, is just an inherited trait from the genes of their parents. It just goes to show how whatever the body is sensitive towards, be it dirt, microbes or even sunlight, it will work to expel the irritant through sneezing.

At times, sneezing can help remove the fluid in your nose when you’re experiencing a cold. In this way, it aids you in clearing out the excess fluid in your nasal passage. Sneezing propels around 100,000 germs at up to 100 miles per hour. At the end of the day, it’s just a hygienic bodily reflex doing exactly what it should!

Why do you feel amazing just after you sneeze?

Sneezing causes the release of endorphins, which are hormones that trigger the brain’s pleasure center, thus giving us a brief “feel good” effect. As these hormones come in a very speedy rush, the pleasure follows accordingly. As a result of this occurrence, sneezing has often been compared to achieving an orgasm, given how, in both cases, endorphins are released in a similar manner.

Physically speaking, sneezing causes muscle tension that develops in the chest, causing pressure. Upon sneezing, this pressure is released, causing the muscles to relax. This relaxation, in conjunction with releasing pressure, causes physical relief and also makes you feel good/better. It’s similar to the high a person may get upon completion of an intense workout; however, whilst sneezing, chemical reactions also take place. You go into a mild adrenaline rush when you sneeze, causing excitement and adding to that “feel good” factor.

Ancient people seemed to have reaped the benefits of cleaning through sneezing by purposely causing this expulsion by the use of feathers and grass to trigger the lining of the nose. It obviously cleans you and gives you a feeling of euphoria when you’re done. Think of it as the anticipation one may have when they’re going through something difficult, and after it’s over, you feel relieved and happy. It is similar with a sneeze; you suddenly feel the whiff of irritation in your nose, but after you’re done sneezing, you’re instantly satisfied. 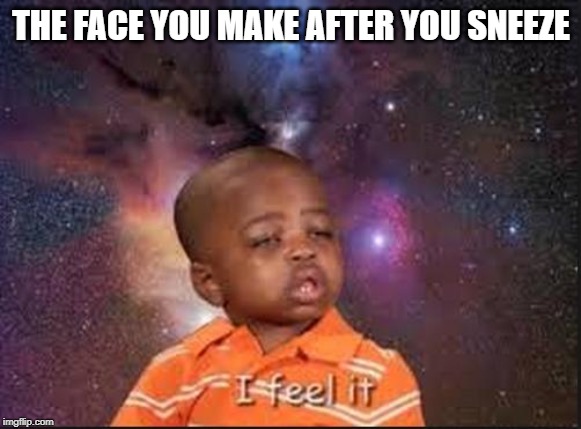 Social tendencies and superstitions are closely linked to making you feel emotionally better; for example, sneezing is commonly associated with positive events, such as “someone thinking of you”.

Does your heart stop when you sneeze?

However, going down into the actual facts of why you feel better from a sneeze stems from the anatomical process that occurs. The social behavior is filled with myths, some of which are superstitions, while others are simply false. A commonly known myth is that the body skips a heartbeat upon sneezing, but that doesn’t actually happen. Instead, there is a temporary change in the heart rate.

Besides the relief you feel, some people also believe that all their worries end with a sneeze. Every time you go Achoo!, someone “blesses you”, which has its own merit in many cultures. 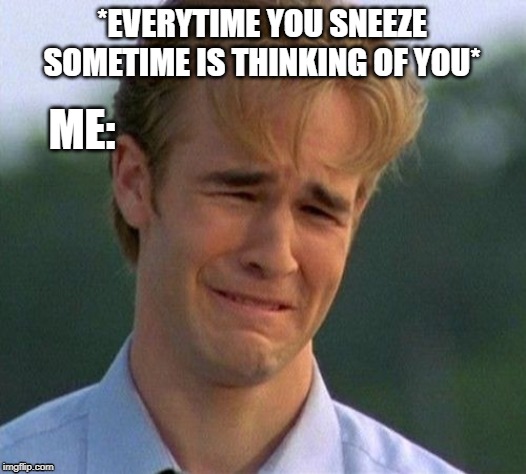 Thanks to constantly giving our noses a reset with our sneezes, we can protect our bodies from dirt and other foreign entities. The body is very protective of the contents that enter it, and through this process of sneezing, it also allows for the expulsion of said entities with a mix of pleasure and contentment. Beautiful, isn’t it? A win-win situation either way, as our bodies remain hygienic and do so in a pleasing process.

That being said, we mustn’t forget that each sneeze expels these microbes and bacteria that cause illnesses, and in doing so, we must be aware of our surroundings. When other people are exposed to the same bacteria, they may fall sick! Therefore, it is your responsibility to cover your nose and mouth with a tissue, or at least the crook of your arm. Happy sneezing!

Test how well you understand a sneeze

Richa is currently a first-year student of Food Technology at UCSC Italy. She is very adventurous and loves to travel; there’s never a dull moment with this one. She also enjoys trying new cuisines – a true gourmand, one may say.