Coughing is a natural reflex that is meant to protect us from pollutants, irritants, and mucus. When we cough, the vocal chords open wider than usual, the epiglottis closes over the windpipe, and the rib muscles and abdominal muscles contract. This process expels the irritant from the body at a high rate of speed. The sound of a cough is caused by the fast-moving air rushing past the vocal chords.

Every person reading this article has coughed at least a few times in their lives. More likely, it has been a few hundred or thousand. Sure, if you have a spectacular immune system and have lived in a bubble your entire life, then perhaps you’ve never coughed, but for most normal humans, coughing is a natural part of life. However, have you ever thought about why we cough? Or how the process occurs in our body?

A cough is a natural reflex, but when you think about it, coughs are violent, wracking events that can often be painful, and yet our body seems to perform them naturally – almost unconsciously.

Before we properly dig into the “how” of the matter, perhaps we should outline “why” we cough at all! 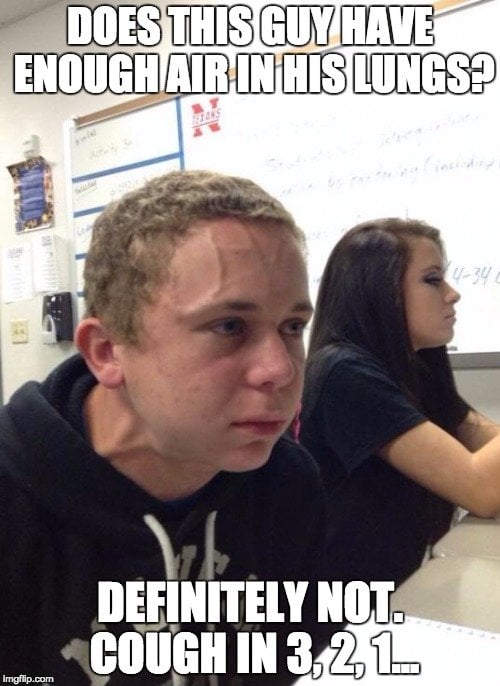 Causes: Why do we cough?

Firstly, it’s important to know that there is not a single cause of a cough, but all coughs are meant to protect us in some way. If you inhale pollutants or irritants from the air, it affects the lungs and respiratory tracts, so a cough is meant to expel them quickly from the body. The same thing is true of coughs associated with viruses and illness; if you have a cold or the flu, your coughing is the body’s attempt to expel the mucus or phlegm, which is where the germs are living and thriving.

Similarly, if you suffer from postnasal drip, the gathering of phlegm and mucus running back from your nose can cause you to cough and expel that unwanted substance. The reflex can also simply be caused by a piece of food obstructing your windpipe, causing a chain reaction in your epiglottis, trachea, ribs and abdominal muscles.

There are a number of other causes for coughing, including smoking, acid reflux disease and sleep apnea, but in every case, a cough is meant to expel an irritant, even if we are intentionally putting it inside of us. Dry coughs are often the result of inflammation in the lungs or respiratory pathways, which is often caused by coughing in the first place. This situation can cause a vicious cycle of coughing and inflammation, which can be soothed by various natural remedies (fluids, aloe vera juice, etc.).

Now that we know the why of a cough, it’s time to delve into the “how”.

How do we cough?

When a foreign irritant enters the trachea, it can interrupt our breath and cause the cough reflex. The irritant could be anything, including mucus, smoke, excess water or a piece of food. When anything obstructs the flow of air or irritates the respiratory tract, the vocal chords will open wider than usual, which will increase the amount of air being drawn into the lungs. 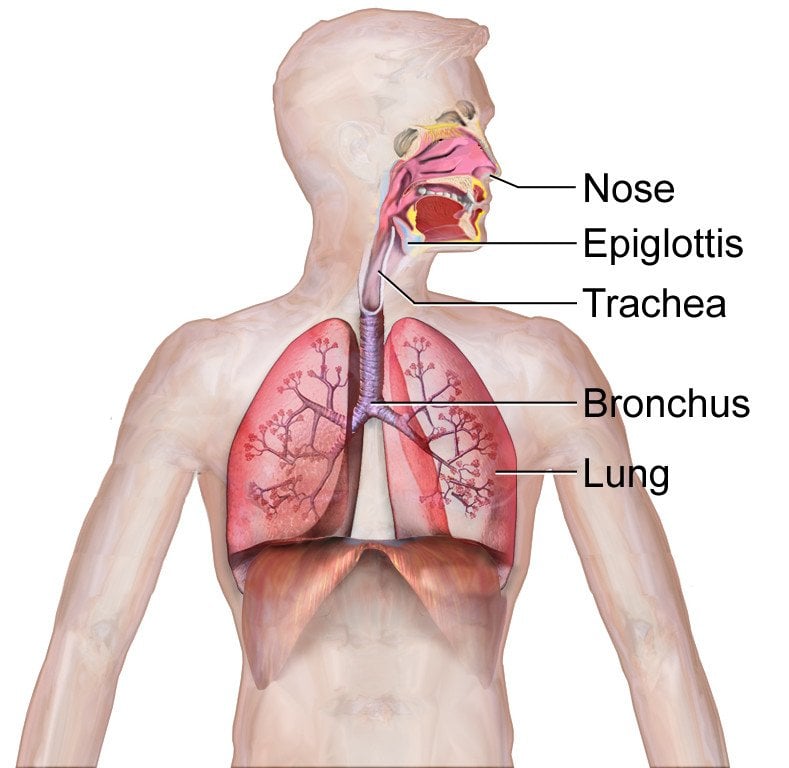 Then, the epiglottis closes over the windpipe effectively shutting off the flow of air. The rib muscles and the abdominal muscles then contract, which causes the pressure to increase behind the epiglottis, which has closed. That pressure eventually causes the air to burst through and be expelled at a very high rate of speed, up to 100 mph! That’s faster than most major league baseball players can throw!

The entire process can happen in less than a second, particularly when caused by very harsh or acute irritants, or a severely obstructed windpipe. The sound of a cough, believe it or not, is caused by the fast-moving air rushing past the vocal chords. Aside from making the well known “coughing” sound, the fast-moving air also dislodges whatever irritant or obstruction caused the cough reflex. When breathing is restored to normal levels, and all the irritants are expelled, the coughing reflex will stop.

Therefore, the next time you’re wracked by an intense coughing fit, don’t be mad at your body for having an overreaction; you should thank your body’s reflexes for once again protecting you from something that means to do you harm!