Antimatter is a substance that is composed of particles with the opposite charge and spin of regular matter particles. It is produced by smashing smaller particles together at high speeds. If an entire galaxy of antimatter were to collide with a regular galaxy, the resulting annihilation would be colossal.

The most obvious definition: a substance that occupies space and has mass is defined as matter.

Everything around us is matter, whether it is the monstrous body of the WWE wrestler Big Show or the microscopic amoebas in every lake and pond across the world. If it can be weighed, then it is matter. 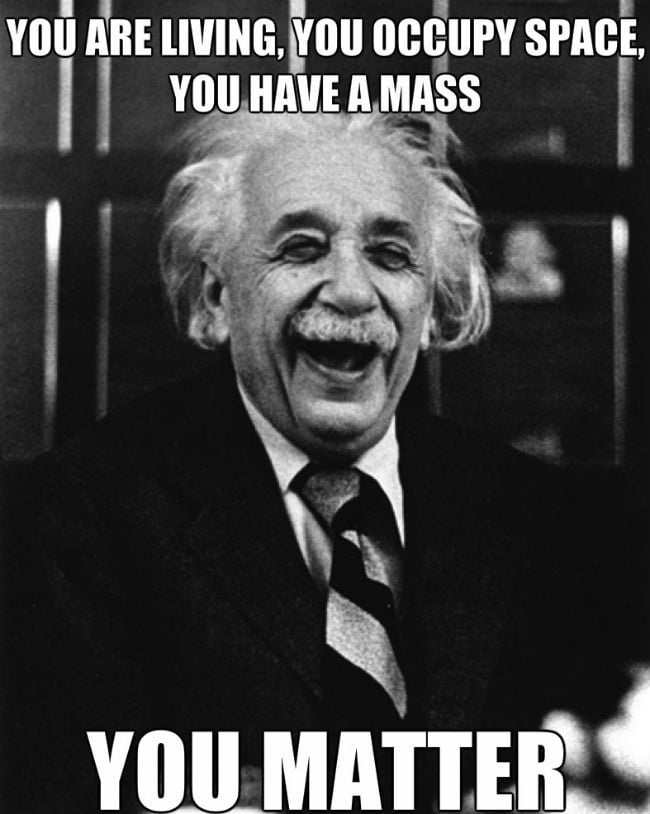 So, is antimatter like a protest campaign against matter? Definitely not. It’s far more strange that that.

If you’ve read the book or watched the film Angels and Demons, you’d be familiar with the term, since Professor Langdon is desperately trying to save Vatican City from an antimatter bomb. Also, Star Trek’s Starship Enterprise uses matter-antimatter annihilation (fusing them together) propulsion for faster than light travel.

For those who haven’t come across this term, don’t worry, the antimatter concept doesn’t involve flashy equations and complex diagrams. The concept is actually pretty basic and easy to understand.

Antimatter is material that has the same composition as matter, but with an opposite charge and spin. These materials are made up of anti-particles (the opposite of particles in terms of charge and spin) .

So, basically, matter and antimatter are identical to each other, but with an opposite charge and spin. 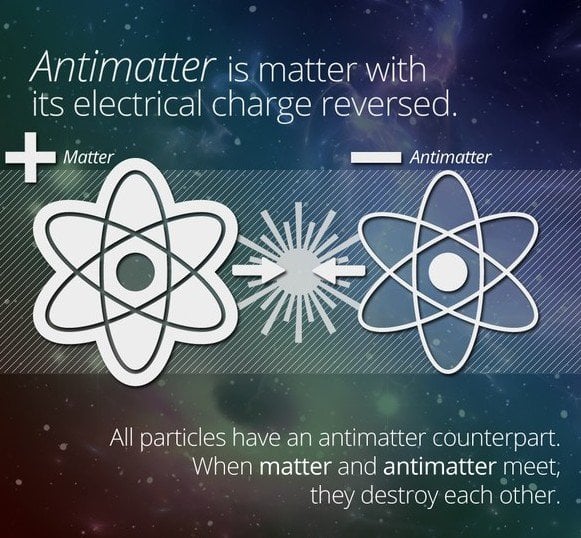 We can compare this to a simple mathematical operation…

Similarly, if matter is the positive part, then antimatter will be negative and vice versa.

If matter and antimatter meet, it immediately leads to annihilation, thus releasing lots of energy.

How Is It Produced?

I can tell you one thing, antimatter is not something that you can just whip up in a chemistry lab by combining random reagents from the shelves.

The technique of creating antimatter involves accelerating particles smaller than the atom (i.e., subatomic particles) to high speeds and smashing them against a metal block or against one another. Some of the energy released in the crash transforms into matter and antimatter.

However, in order to achieve this effect, the subatomic particles (usually protons) have to move at speeds very close to the speed of light. This is achieved in  machines called Particle Accelerators. These are enormous devices that accelerate particles to high speeds by means of electric fields. CERN, the European Organization for Nuclear Physics, hosts the largest and most powerful accelerator in the world. It is the Large Hadron Collider (LHC), an underground ring that is 10 km in diameter and 27 km in length at a depth of 100 meters underground near Geneva, Switzerland. In other words, the production part isn’t exactly a cakewalk.

If That’s The Case, Then Why Don’t We See Tons Of Antimatter Just Lying Around? Theoretically, if the Big Bang produced equal quantities of matter and antimatter, then the universe should’ve been destroyed the moment that the two met.

Yet, here we are, as are the planets, stars, galaxies and everything else that we can see. All of it is made exclusively out of matter. So, I guess… Reality: 1, Theory: 0

However, there are two theories that might explain this:

1) Subtle differences in the physics of matter and antimatter. In theory, an antimatter world is a perfect reflection of our own world, and experiments have found certain anomalies in this theory. For instance, one particular exotic particle, the kaon, turns into its antiparticle slightly more often than the reverse happened, thereby creating a tiny imbalance between the two (matter and antimatter).

2) Partial annihilation in the first few seconds of the Big Bang. Somehow, matter and antimatter managed to escape each other’s fatal grasp, i.e., failed to annihilate each other. Somewhere out there, in some mirror region of the cosmos, antimatter is lurking and has fused into anti-stars, anti-galaxies, and maybe even anti-life.

These antimatter domains, if they exist, are certainly nowhere close. Annihilation at the borders between areas of stars and anti-stars would produce immense magnitudes of high-energy gamma rays.

Some Interesting Facts About Antimatter

1) Humans have only been able to create negligible amounts. 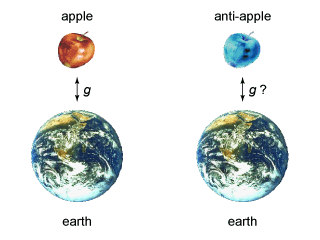 Given that antimatter possesses an opposite charge and spin, it might not be affected by gravity. However, this has yet to be found. It is more difficult than observing an apple falling down from a tree.

3) It is closer to you than you think. Small amounts of antimatter constantly rain down on Earth in the form of cosmic rays and energetic particles from space. Our bodies  contain potassium-40, which means that positrons are being emitted from you, too. Antimatter annihilates immediately on contact with matter, so these antimatter particles have a very short life.

4) It is used in the medical field. 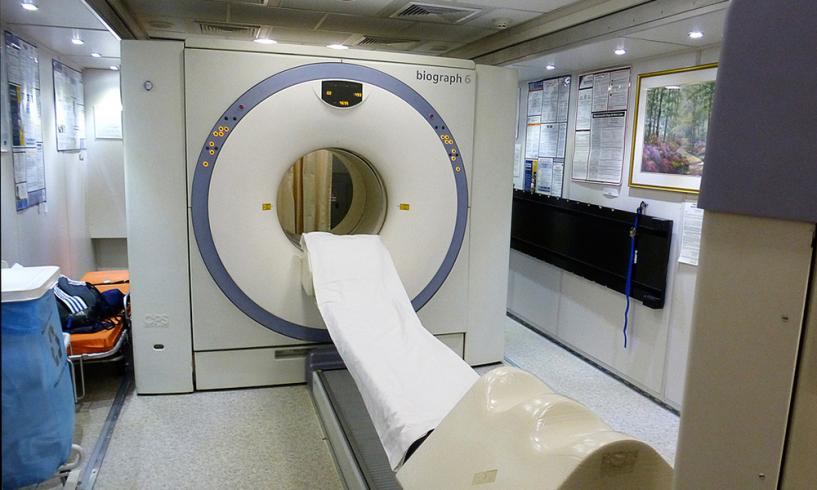 5)The costliest substance known to man

One gram of anti-hydrogen is estimated to cost $62.5 billion. 5) Antimatter can still destroy us.

Also Read: Is The Matter In Our Universe Hiding Antimatter? If a whole anti-galaxy were to collide with a regular galaxy, the resulting annihilation would be of unimaginably colossal proportions. We haven’t seen such signs, but then again, the universe is so vast that we still have a great deal left to explore.

It’s possible that an exact anti-version of you exists somewhere out there in the universe. Who knows!