Elephants have such great memory because they have a very large brain. They have a highly developed hippocampus and cerebral cortex, which is responsible for willpower and problem-solving. It is due to these brain qualities of elephants that grants them such amazing memories.

One of the most well-behaved creatures of the wild, elephants, make a powerful impression on anyone that encounters one. Enormous in size and amusing in appearance, elephants have been loved by people from all walks of life for generations. And why shouldn’t they be? They are extremely smart animals, as we’ll explain shortly.

It is often said that elephants never forget a thing. Although this is not entirely true (it’s certainly not true for humans), it is true that elephants have superb memories. However, let me tell you, having a great memory is just one part of the many exciting attributes of elephants.

An elephant has a very large brain. In fact, out of all land mammals, an elephant’s brain is the biggest. To add to this, elephants have a great encephalization quotient. Encephalization is defined as the amount of brain mass related to an animal’s total body mass. In 335 B.C. Aristotle claimed that, “of all the animals, man has the largest brain in proportion to his size”, which is accurate. Humans have an EQ of 7.44, dolphins have 5.31 and elephants have an EQ of 1.87, which is pretty impressive.

An elephants’ EQ is close to that of chimpanzees, and since humans are close relatives of the latter, the brains of humans and elephants are remarkably similar in many aspects. They have a highly developed hippocampus and cerebral cortex, which is responsible for willpower and problem-solving. It is due to these brain qualities of elephants that grants them such amazing memories. 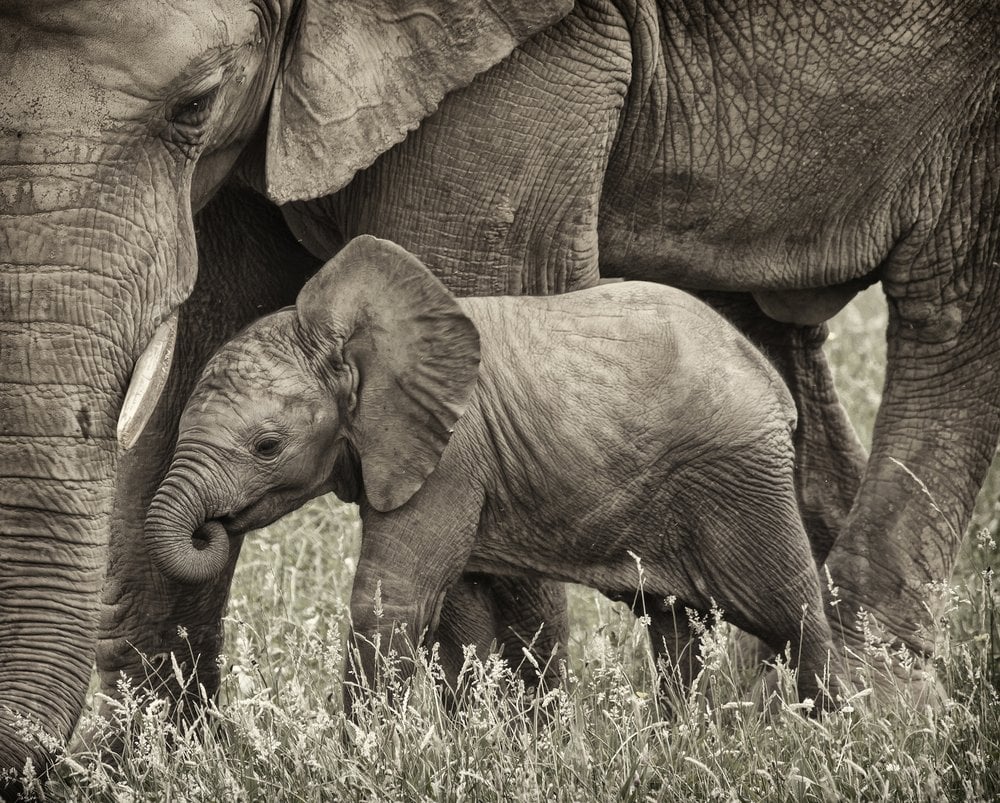 An Impressive Power Of Recollection

By using experiences that are stored in its brain as memories, an elephant is able to handle many dangerous situations that might appear in future. For instance, if they survived a drought in childhood, then they would be able to sense the danger of drought in a particular area (basically making a mental connection with the childhood memory ingrained in its brain). This is the reason why clans of elephants that have a high number of old members have higher survival rates.

Elephants are also able to recognize all the members of their own clan. This helps them avoid getting lost in unknown herds. They can recall important places (like potential sources of food and water), even if they had not been there for many years – even decades. Elephants not only remember their clan members, but also other creatures who have left a strong impression on them. For instance, a pair of elephants who had performed in a circus together were able to recognize each other when they met more than 20 years later! (Source). Their recognition skill is not only limited to other elephants; they are also found to bond with humans whom they had briefly met decades earlier!

Apart from possessing a superb memory, elephants also boast some other amazing skills. Believe it or not, elephants are able to make sense out of basic arithmetic. For example, if you put a bunch of 10 bananas in front of an elephant and take out 2 bananas five minutes later, the elephant will sense that something mischievous has occurred.

Furthermore, elephants have astonishing means of communication. They use different body postures and vocalizations, as well as subsonic rumbles that can be heard kilometers away by other elephants.

Elephants have tremendous sensitivity to color and music. Elephants in captivity have been found to show special interest in certain types of art and painting. Therefore, the fact that there is actually an elephant band out there shouldn’t surprise you too much.

Elephants are gentlemen (and ladies) among the animals of the wild. Unfortunately, we continue to make their lives difficult through deforestation and poaching. They definitely deserve better from us, and remember, they won’t forget the way we’ve treated them.