Humans have evolved at a tremendous rate for centuries, and the brain has played a vital role in this development. In the process, the control centre of our body has managed to grow bigger.

Humans are getting smarter and more advanced by the day. Our ancestors must be incredibly proud of the advancements we’ve made. From living in caves or beneath trees to building settlements on Mars, we’ve a come a very long way. Much of the credit for such achievements goes to this big beautiful brain of ours, which has led to scientific innovation and exploration for centuries and has driven the extraordinary story of our evolution.

However, looking back at these achievements today, we have to ask ourselves, how did we get here? How did we manage to surpass millions of other species and emerge as the pinnacle of life on this planet? Are we more intelligent than all these other species? Do we have larger brains? Let’s take a closer look at the answers to these critical questions.

There is no agreed-upon definition of intelligence accepted throughout the world. According to the Collins English Dictionary, intelligence is “the ability to think, reason, and understand instead of doing things automatically or by instinct”. For generations, humans have linked intelligence to the size of our brains. 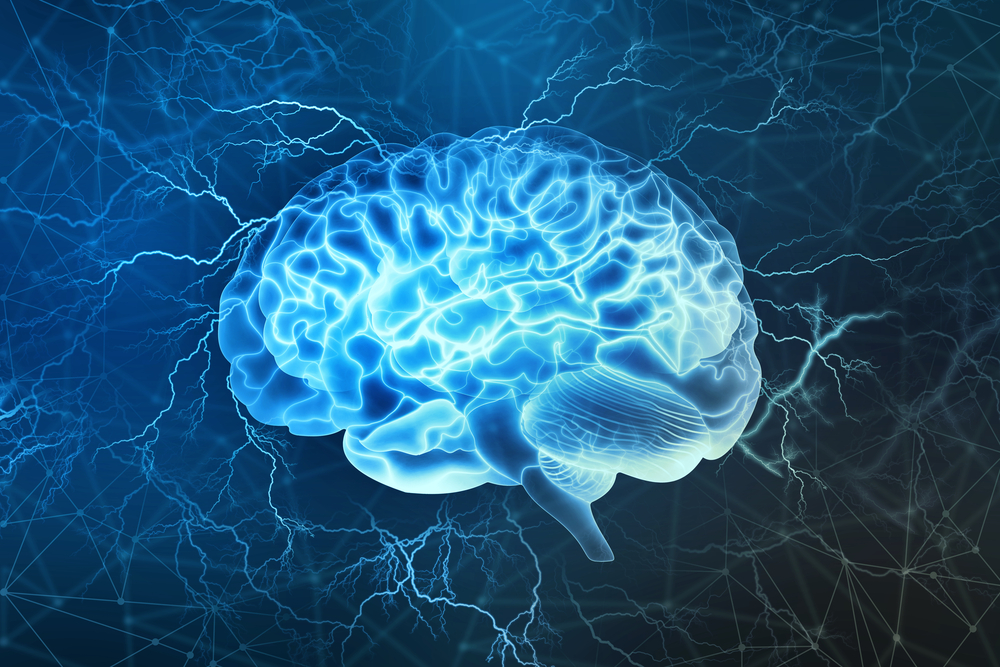 Aristotle once said, “Of all animals, man has the largest brain in proportion to his size”, and for a large part of early human civilization, we believed that we had the largest brains, until scientific research proved us wrong. Recent findings suggest that dolphins have the highest brain-to-body mass ratio, while humans come in second. So, was Aristotle wrong, and if so, why are dolphins not smarter than people?

Well, some researchers claim that we might have misunderstood Aristotle, arguing that he might have been trying to point out something known as the Encephalization Quotient.

What Is The Encephalization Quotient?

The Encephalization Quotient is the ratio between the actual or measured brain size of a species to the size predicted in reference to its body mass. Naturally, the next question is, how do they predict the sizes of brains? Well, scientists use something called linear regression (a technique similar to taking an average, but involving a few more parameters) on the data obtained from multiple species of the same type (mammals, for instance) and then use this to form a reference table. For example, if the table suggests that a species weighing 30 kg should have a brain weighing 1 kg, while a 50 kg species should have a brain of 3 kg, then the predicted brain mass of a species weighing 40 kilograms would be 2 kg.

The encephalization quotient has therefore drawn an imaginary line, and its values correspond to the distance above or below this line. An EQ value of 1 implies that the brain mass is as expected for this group. Modern humans (Homo sapiens) have an EQ between 6 and 7, meaning that our brain mass is typically 6 times greater than that of a typical mammal. 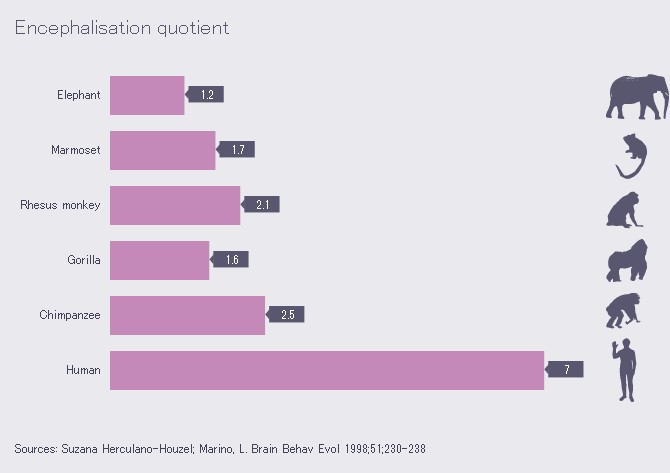 This method of comparing brain size and its relation to intelligence is more precise, as it takes into account the size and mass of a given animal’s body. The brain has many important involuntary tasks that it performs discreetly. Pumping blood, the production of several different hormones, and fighting antigens that attack the body are just a few of the brain’s tasks on its massive daily To Do List. A significant part of the brain is utilized in performing these functions. As a result, the part of our brain that forms our consciousness and so-called intelligence is relatively small and differs for different types of species. Due to all of this, brain size must be measured relative to the species’ body mass.

Is The Human Brain Growing?

In the past seven million years, the human brain has tripled in size, and most of this growth has occurred in the past two million years. Measuring these changes is a difficult task, as we don’t have any “reference brains” for comparison. The human brain is made up of tissues and neurons that decompose within 30 days. The only way to estimate the size of ancient brains is to look at early skulls and various other fossils that have survived the forces of nature. 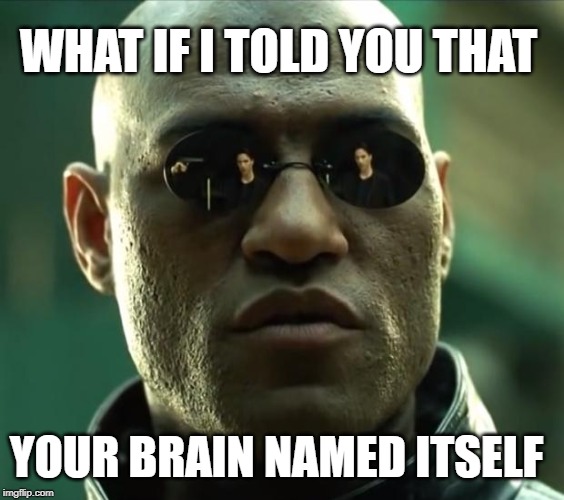 However, this argument is not valid for the last 10,000 years of human existence. During this period, the human brain has actually decreased in size, possibly due to a reduction in nutrition and an increase in disease. Some scientists also blame rising temperatures for this gradual decrease in brain size. A bulky body is better at conserving heat, and as the climate changed, natural selection may have favored leaner bodies, so the brain might have become smaller in the process.

Did Someone Say 32 Brains?

You heard that correctly. Leeches have 32 brains. The inside of a leech is divided into 32 different segments, each with its own independent functions. As a result, each of these segments possesses a brain of its own. The leeches also have a small yet complex system of neurons and ganglions (a group of neurons) that aid the brains in their many functions.

Leeches are not the only type of organism with more than one brain. An octopus has one central brain and eight smaller ganglia—one in each of its arms. These smaller brains are called “sub-brains” and allow the arms to perform many complicated actions on their own, such as reaching, grasping and even maintaining a short-term memory.

Many people believe that we use only 10% of our brain, but neurologists have recently debunked these claims, stating that most of our brain is always active and performing various functions.  The percentage of the brain in an active state at any given time varies from person to person, depending on what a person is doing or thinking about.

Having said this, most neurological researchers also believe that we have yet to witness the full potential of the human brain on display. Like any other organ in our body, the brain is heavily affected by a person’s diet, lifestyle, and the amount that they exercise. In other words, maintain a healthy lifestyle and who knows… we may find the next Einstein in you!