There are a number of things that make us human and separate us from animals. One is our ability to self-analyze and engage in mental time travel. We can also imagine different scenarios and reason abstractly. Additionally, we have established cultures with rules and moral codes. Finally, our brain functions allow us to learn rapidly and make decisions based on more than just survival instincts.

Philosophers, scientists, politicians, scholars, and every other human being on the planet has, at one point or another, looked at the world around them and asked the “Big Questions”. Why are we here? Is there an afterlife? Are we alone in the universe? And of course, the big one… What makes us human?

It sounds like a rather broad question, and it can be taken in a number of ways. Fortunately, with over 7 billion humans on the planet, we have plenty of “brainpower” to tackle these tough questions of existence. 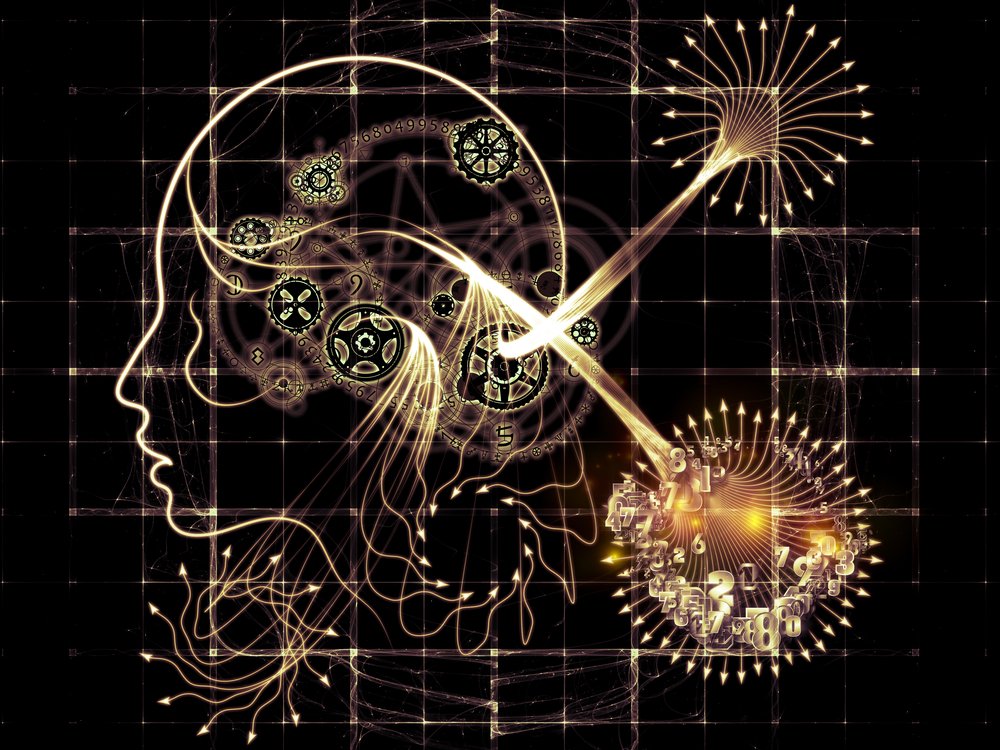 What separates us from the animals? What characteristics (physical, emotional, philosophical) actually define us as another species on this planet? Is there some secret spark that makes us special?

Let’s put our brains to the test and take a closer look.

The Only Human Species Left

When we talk about humanity, we are referring to Homo sapiens, the latest in a long string of hominid species, and definitely the most advanced. While there is only one species of humanoids left on Earth, that was not always the case. Granted, it has been more than 30,000 years since there were more than one species of humans, but that is a blink of an eye on the geologic and evolutionary time scale.

About 1,000,000 years ago, a group of our ancestors decided to leave Africa and move into Europe. Over the course of thousands of years, they evolved into Neanderthals, while the population who remained behind in Africa evolved into modern humans. Archaeological findings show that Neanderthals were present and active in Europe until approximately 30,000 years ago, but then something happened. We don’t know exactly how or why, but they vanished.

We have discovered many things about Neanderthals, namely that they were very similar to us in every way, except above the neck. The shapes of our skulls are quite different, and researchers believe that impacted the development of the brain. In other words, our skull gave us a cognitive edge, which could have helped with many things, such as the development of tools, language creation, and higher-level thinking. 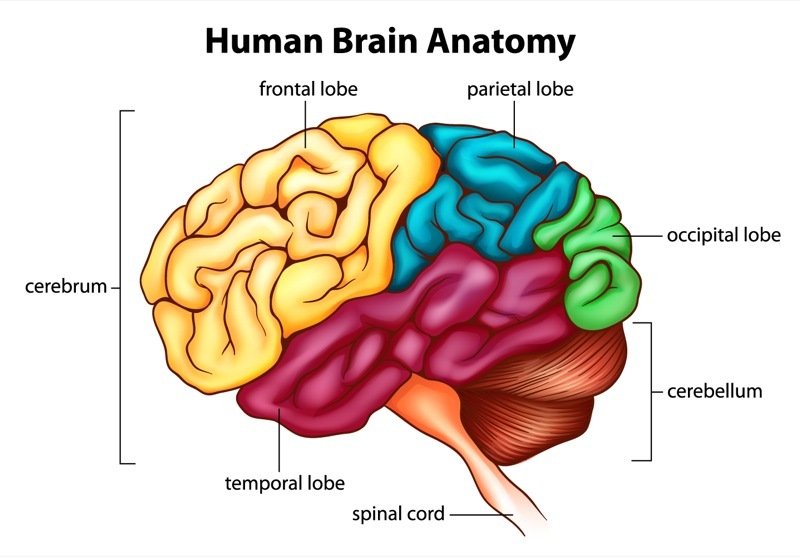 In the harsh, unsettled environment of our planet back then, these skills were essential for survival. This new shape of our skull had more room for the temporal and parietal lobes, which hold our centers for hearing, language, and speech, as well as our abilities related to spatial understanding. Getting that brain boost helped modern humans thrive and spread across the planet as the only human species!

However, don’t get too cocky, because at some point in history, Neanderthals and those humans who eventually left Africa crossed paths (and had sex). Most modern humans have between 1% and 4% of Neanderthal genes!

Are We That Different from the Animals?

Now, what separates us from other human species is one question, but what about our separation from other animals? We understand most of our evolutionary progression from chimpanzees, and based on our behaviors and activities, it seems like humans are extremely different from our tree-climbing ancestors. However, and you may want to sit down for this, our genome is only 4% different most chimpanzees, according to a 2005 study. 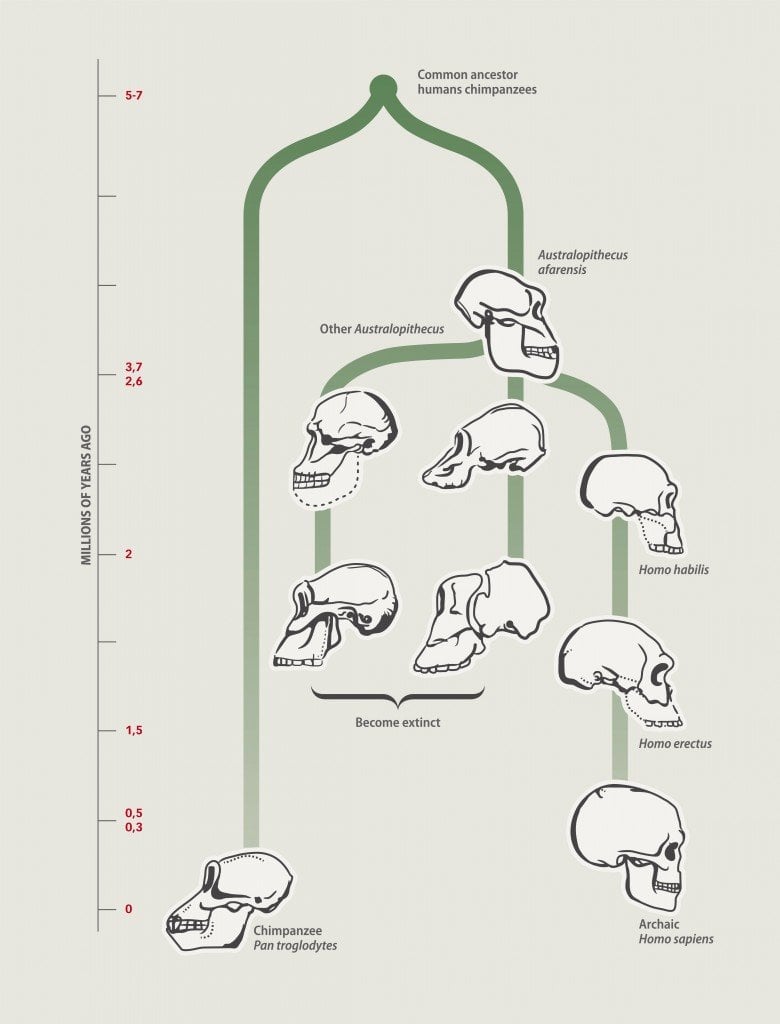 While earlier research has argued a 99% similarity between chimpanzees and humans, it appears that we shared a common ancestor between 4 and 7 million years ago. Therefore, our genomic differences aren’t that significant, so it must have something to do with how we behave.

People are quick to point towards agriculture, language, the use of tools, and various other “differentiating points”, but that theory falls short, as we are not the only species with these abilities. Various insects, birds, and small rodents use some form of agriculture or harvesting, chimpanzees use tools, and it could be said that birds use language to communicate. 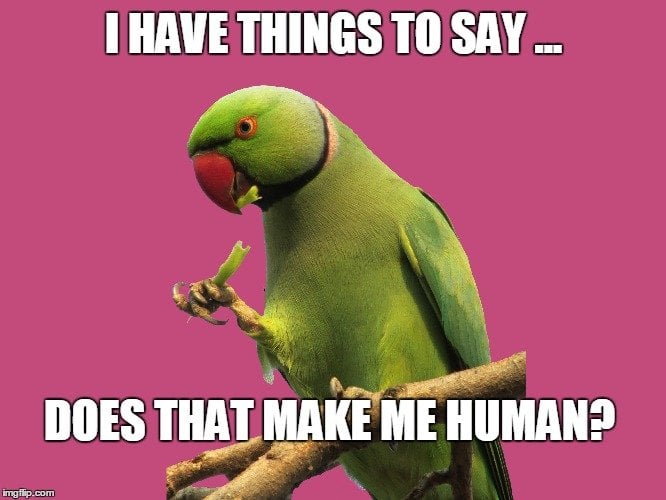 So, if we can poke holes in those explanations, what does that leave us? Once again, we must return to the brain, and higher level thinking – just like what separated us from other hominid species.

The Brainpower of Humanity

The general consensus at this time, across the board of researchers, is that self-awareness is the most fundamental difference between us and the animals. Human beings are capable of self-analysis, mental time travel, imagination, abstract reasoning, cultural establishment, and morality. These higher level skills separate us from the beasts, and form the basis of our global culture as a species.

As children, once we pass the age of 2 or 3, our ability to create different mental scenarios increases exponentially. Most great apes and chimpanzees have the mental acuity of a toddler, but as we continue to grow in the world and test the limits of human experience, we quickly surpass our primate cousins. Being raised within a culture that promotes and stimulates high-level cognition is crucial to this development, unlike being “raised by wolves” and embracing a more primal or unstructured existence. 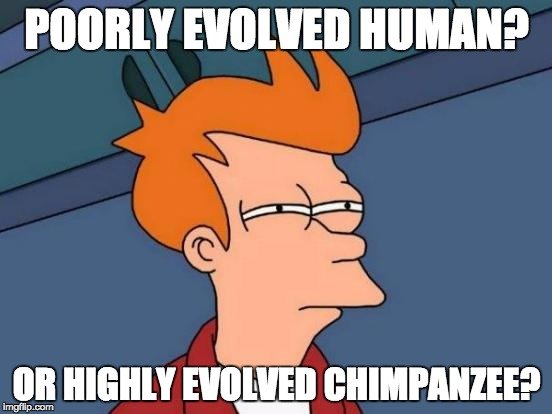 We have the capacity to learn rapidly, a trait shared by other species, but our skills are so much greater than those of any other species. We can formulate vast narratives, consider the effects of dozens of scenarios in our decision-making, and analyze our situations well enough to draw from previous experience and avoid earlier mistakes. Our actions are based on far more than base desires for food, shelter, and survival. We consider moral doctrines and societal rules before acting, which is something that truly puts a gap between man and beast.

So, while we may look differently, our superiority over beasts of the earth, sea, and sky has much more to do with the way our brain functions within this dynamic and complex world.