Humans are the only species on this planet which have the ability to “talk”. So what is the reason that other animals don’t have this capability?

My mother often tells me that if my dog could talk, my secrets would be revealed. She is, in fact, absolutely correct. He is, after all, my biggest confidante. However, this often makes me think. Why can’t animals talk like us?

A number of movies depict or are based on such scenarios, where animals are talking not just to each other, but to humans too. So why isn’t this actually possible? Or rather, what confers on us the ability to communicate in this way?

Communication And Talking: What Do They Mean?

Communication and talking can be quite ambiguous, so let me clarify what I mean. Every species communicates. It is their key to survival. Even single-celled organisms have the ability to communicate. This communication doesn’t have to be in the form of the spoken word. It could be done through actions, gesticulations, chemicals, sounds, or even dances!

When I say ‘talking’, I’m referring to the ability that humans have to not just say when they’re hungry, but also to discuss their upcoming weekend plans.

Communication is usually inbuilt. A young creature doesn’t need to learn how to communicate from its parents. For instance, a cat doesn’t teach her kitten how to purr when its happy or hiss when its angry. A dog doesn’t need training to wag its tail when it’s happy, or to bark. Similarly, in humans, we shout out in pain or fear. This is innate behavior and doesn’t require teaching. However, our talking is something we do learn. We learn different languages from our parents, or from other humans. 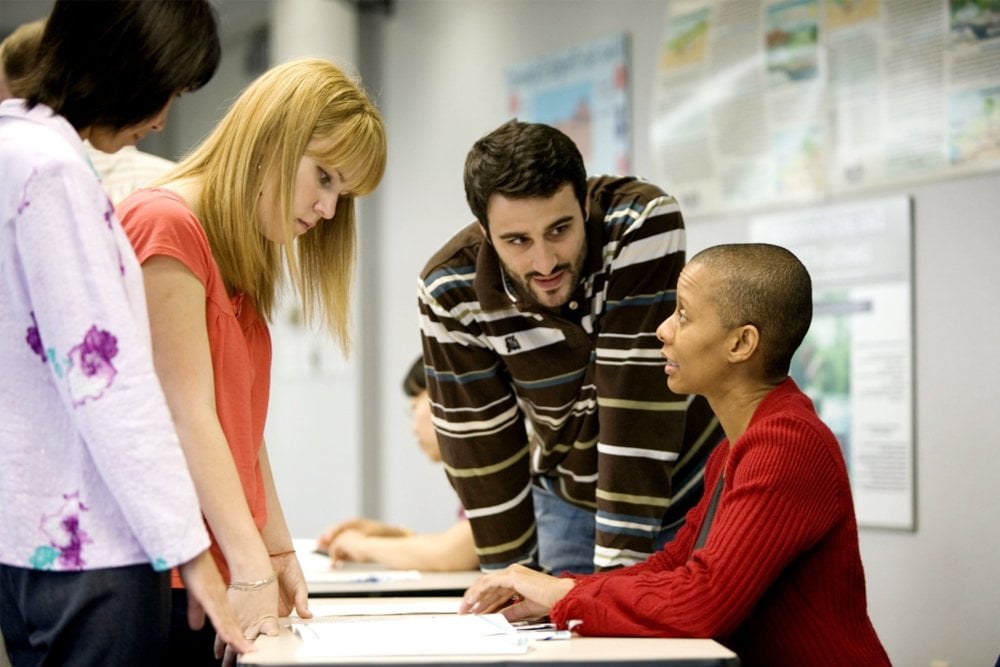 Talking is a unique thing. It is a combination of sounds and syllables arranged in various combinations and lengths to express various thoughts, emotions, ideas, etc. Apart from the basic production of the sound, a major component is the meaning behind the word. The words “dog” or “apple” have no meaning apart from the one decided upon by English speakers. The same sound may have different meanings in different languages; similarly, the same object may have different names in different languages. My point is that when we speak of talking, it involves both the production of the sound and the meaning behind it.

Now that we have broken down, or simplified, the act of talking, it will be easier to answer the above question. When we think about why animals cannot talk, we need to figure out why they cannot perform the two comprising actions simultaneously. The word ‘simultaneously’ is essential, as there have been animals known to perform either one of the 2 functions, but that cannot be considered “talking”. For instance, parrots can mimic the sounds made by humans. Alternatively, there are animals, like whales, which teach their young ones their songs. However, these have no specific meaning behind them. 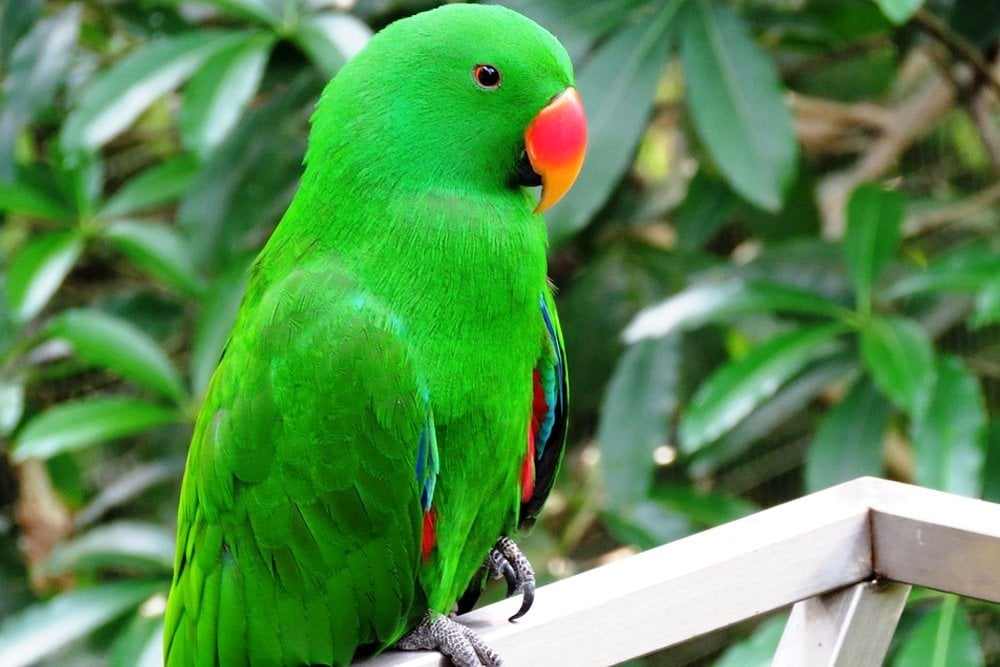 Parrots can mimic the sound made by humans (Photo credit : Pixabay)

In humans, there are a number of reasons that can be attributed to our ability to speak. As with a lot of biological functions, the extent and accuracy of these factors isn’t completely understood.

The first and most obvious conclusions researchers jumped to was that our body is simply structured differently. More specifically, we possess a jaw, tongue, larynx or voice box, etc. However, this claim was unsubstantiated. For instance, it was believed that our predecessors, the apes, couldn’t talk like us because their voice box didn’t descend down as far as ours did. Eventually, however, researchers found that it does descend down in young chimpanzees. So, obviously, the structure couldn’t play a major role, if at all, in this ability of ours.

The Broca’s area in the cerebrum of our brain is closely associated with speech comprehension. This part of the brain is less developed, or absent, in other animals. Therefore, it is said to confer upon us the ability to talk. There is also the presence of certain pathways found only in some animals, humans among them. These pathways are supposed to be instrumental in our vocal abilities. The other groups of animals who are said to possess these pathways are birds, like hummingbirds, songbirds and parrots, as well as mammals like bats and cetaceans.

Another theory, presented by Elaine Morgan, says that our ability to talk is also partially due to our evolutionary path. She says that we evolved from aquatic apes, rather than directly from the tree climbers. Due to the phase of the aquatic apes, we learnt to consciously control our breathing, which enables us to make the sounds required for talking. 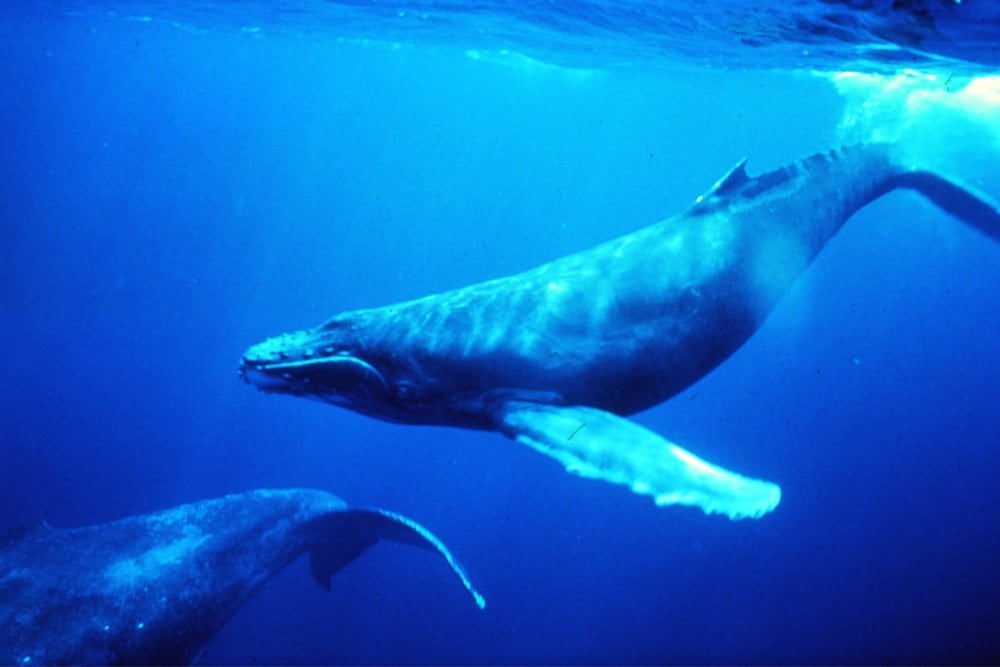 There are animals, like parrots, and even some elephants, that can mimic our words. However, as we established earlier, these animals do not understand the meaning of these words.

In a nutshell, talking is a unique ability possessed by humans. From what we know, the only answer I can decipher is that our evolution has given us this ability, and has therefore played a role in making humans a superior species. Although other animals do show the ability to mimic the sounds made by us, or have their own methods of internal communication, to date, no other animals have shown the same capability as humans. However, maybe the real question we should be asking is how these other animals communicate. Maybe a less anthropocentric view will lead us to asking the right questions and thus finding better answers.

Do you know why animals can’t talk like humans?