Yes, scientists have found a way to communicate with dolphins using a hydrophone, which is a microphone designed to be used under water. Dolphins communicate using high-frequency sound, which can be sensed in water by humans due to acoustic impedance.

If humans ever hope to speak with animals, especially aquatic ones, dolphins would easily be our best bet. Dolphins are very intelligent—they have a sophisticated form of communication and an extremely interesting attribute—they are empathetic with other creatures. Thus, after decades of research, have scientists really been able to find a way to communicate with dolphins? Let’s delve deep into the ocean (of information) to find out—just like dolphins do when hunting!

Human-animal interaction is the method of achieving communication between humans and animals—usually in the form of non-verbal cues and vocalizations. One scientific anthropological study has found that 29 mammal species and 30 bird species share the same pattern of pitch that humans use in their speech So, theoretically, humans and those 59 species can understand each other when they express varied emotions, including affection, aggression, appeasement, hostility, approachability, dominance and fear.

In the very earliest studies, primates like chimpanzees, gorillas and orangutans are known to comfortably communicate with humans using sign language and physical tokens. Then, with the dawn of the electronics age, keyboards and touchscreens made communication with them far more fruitful. 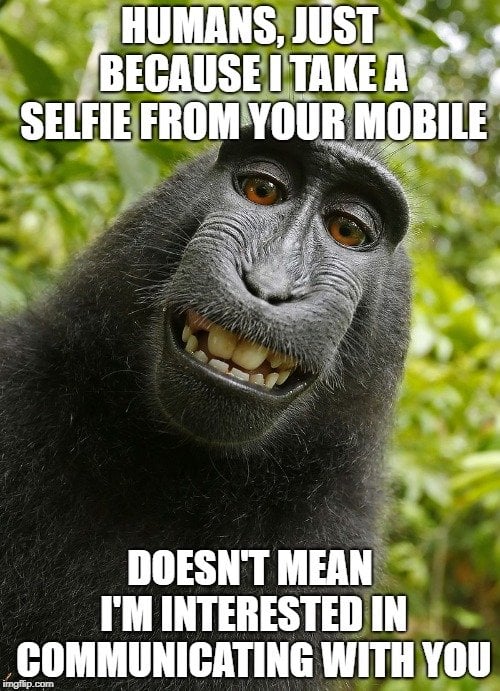 You may feel that because chimpanzees, gorillas and orangutans happen to be our closest ancestor, it’s easier to establish communication with them. Therefore, why should we talk to an apparently exotic aquatic creature like a dolphin, you may ask. Well, dolphins are interesting creatures. They are cetaceans; whales, porpoises and several other similar species are part of this group.

Anthropologically speaking, the first land animals were cetaceans. They entered the sea 55 million years ago in the quest for food. Cetaceans are actually mammals with sharp teeth that started getting used to aquatic life too—just like amphibians, such as crocodiles, who can crawl on land and swim in the sea. However, close to 35 million years ago, there was a drastic shift in temperature, which resulted in a substantial reduction in the availability of prey—something that cetaceans needed to survive.

Now, one group of cetaceans that skillfully survived this crisis was odontocetes. The odontocetes (species who later became modern-day dolphins) adapted to the change by increasing their teeth size and trimming their sharpness. This change wasn’t spontaneous; it appeared in a slow, gradual way across generations. During this adaptation process, their brains became larger and more complex.

As a result, researchers are interested in the large brains that dolphins have. This would make the idea of establishing communication with them more pragmatic. In fact, dolphins have a very high encephalization quotient—a physical measurement of intelligence based on brain size. You might be surprised to know that the brain-to-body ratio of dolphins is second only to humans. This is astonishing because even apes, like chimpanzees and orangutans, are not on par with dolphins in this parameter of intelligence. Scientists believe they might even understand artificially created languages. In fact, they are one of the only creatures to successfully pass the mirror test—a test in which a creature can recognize itself in the mirror. Moreover, they are even known to use tools like sponges to hunt—just like early humans used to do for survival. The most convincing reason to establish communication with dolphins is the fact that the vast majority of dolphin communication is non-verbal, just like us! This implies that we both (humans and dolphins) largely convey thoughts and emotions through body language, eye contact, gestures and other forms of communication that don’t involve words.

US Navy’s Attempt To Communicate With Dolphins

One of the first recorded attempts by a human to establish communication with dolphins was in the 1960s. The US Navy, along with researchers in Hawaii, devised an acoustic communication interface for that exact purpose. Given that this was in the 60s, when computer systems were large and bulky, that study was still pretty advanced for its time.

The system they used was mapped to match the dolphin whistle contour with a human vowel. A computer was used to translate the combinations of human vowels to generate sinusoidal dolphin whistles. Eventually, the dolphins learned to respond to 30+ command strings given to them by humans using five-word sentence structures. The dolphins also learned to emulate and reiterate whistles on command. Despite the system being acoustic, with dolphins mimicking the whistles and even learning to understand them as streams of commands, no functional or combinatorial understanding was evident. However, this early attempt served as a species-appropriate signal design for future work in this area.

Denise Herzing, a renowned behavioral biologist, along with a team of researchers, are trying to crack the code to communicate with dolphins as a part of the Wild Dolphin Project. For almost three decades, they have been studying dolphins and trying to establish communication with them in the shallow sandbanks of the Bahamas, just east of Florida.

Hydrophone is one of their important apparatus, which helps them in understanding and communicating with dolphins. This hydrophone is basically a microphone designed to be used under water. Moreover, the hydrophone that Herzing’s team uses is pretty advanced and works on the high frequencies that dolphins use to communicate. For starters, dolphins use frequencies 10 times as high as those used by humans; these high frequencies are inaudible to human ears. Besides this high-frequency communication, dolphins also use body posture, taste and touch to communicate. In fact, the high-frequency sound used by dolphins to communicate can be sensed in water by humans due to acoustic impedance. Just like electrical impedance, which measures/describes how electrons flow when exposed to the voltage of an electric field, acoustic impedance describes how an acoustic medium flows when exposed to the pressure of a sound wave. Dolphins actually buzz and tickle each other across distances!

In their study, Herzing identified four sounds by which dolphins communicate and decoded their meaning: 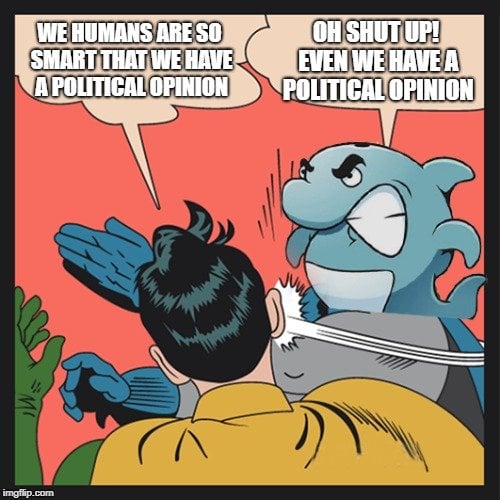 After studying and classifying the internal communication methods of dolphins, Herzing’s team went on a quest to design and develop an interface to communicate and monitor communication with dolphins in real time. Herzing’s team was not the first to embark on such a mission to develop an interface to bridge the gap between humans and dolphins using advanced technology. Historically, scientists have used a keyboard as a way to establish basic communication with dolphins. Although this keyboard interface works well on monkeys or similar species, it was difficult to make dolphins hang around the boat using the keyboard. While dolphins might be responsive to a keyboard setup in captivity, in the wild, this technique didn’t bring good results.

After decades of research and study, Herzing and her colleagues understood that dolphins can easily mimic whistles, even in the wild.  They also understood that they needed a sophisticated system – other than the keyboard-based interface – to establish human-dolphin communication. As a result, with the help of Dr. Thad Starner and his team working on wearable technologies at Georgia Tech, an advanced system called CHAT was developed for this purpose.

CHAT stands for Cetacean Hearing and Telemetry. So, instead of pushing a keyboard into the water, with the CHAT system, the diver (who wishes to communicate with the dolphins) wears the complete computer system, which is acoustic by design. So, basically, the diver activates the sounds on a keypad on their forearm. These sounds go out through an underwater speaker. When a dolphin mimics a whistle or a human (diver) plays the whistle, the sound comes in and is localized by two hydrophones. These sounds are processed by the computer, which can then localize the origins of the sound, i.e., which dolphin requested a particular toy, if there is a word match. Dolphins are known to be playful and tend to mimic humans, or even play games with them, such as passing the sargassum or playing with a scarf. In fact, while conducting research on dolphins, one of the scientists in the boat wore a crown of seawood just to playfully pretend to be Poseidon—the Greek god of the sea. When he threw this seawood crown in the water, he was surprised to see one dolphin wearing the crown as if she too was mimicking that scientist’s playfulness!

Also Read: How Do Fish Communicate With Each Other?

The real power of the CHAT system is that it operates in real-time, i.e., it instantly processes the whistles and locates the dolphin that would like to communicate with humans. This helps in delivering a quick response to the dolphins, i.e., providing them a toy with which they would like play. The typical toy being a scarf, sargassum, or even a piece of rope.

It is important to note that the CHAT system is just a baby step on the path of establishing communication with smart aquatic creatures like dolphins. CHAT design philosophy revolves around empowering dolphins to make a request to humans to give them what they need or desire. Even so, we still have a long way to go to decode all the whistles and other high-frequency sounds that dolphins use for their internal communications. When we decode and start using them functionally, humanity might witness much better dolphin-human synchrony—something we often find with our pets at home!