Just like humans, fish can also communicate with one another. The most common ways they achieve this are through sound, color, bioluminescence, motion, electrical impulses and smell. These forms of communication are usually used to help navigate, call for spawning, alert predators to keep away, and while fighting.

Remember the last time you were itching to tell your friend something silly that you saw while walking around town? Remember how easy it was to do that? When you think about it, it is extremely easy for humans to communicate with one another! We have telephones to text or call our friends, we have computers that we can use to Skype, or we can simply meet face to face and have an old-fashioned conversation. It’s that simple!

However, is the same thing true for other creatures, like fish? Is it just as easy for them to communicate with one another? Perhaps more importantly, can they communicate with each other at all?

Well, just like us humans, fish can communicate with one another, and they do so using sound, smell, coloration, motion, bioluminescence and electric impulses.

As you know, sound travels slower than light, but sound can travel further under the right conditions. Light travels only a short distance before it is scattered or absorbed underwater. In deeper areas, it is even more difficult to see the light, further limiting vision for many marine animals. On the other hand, sound travels much greater distances underwater. Strong echoes emitted by different animals are almost always present underwater, as very little noise is lost. 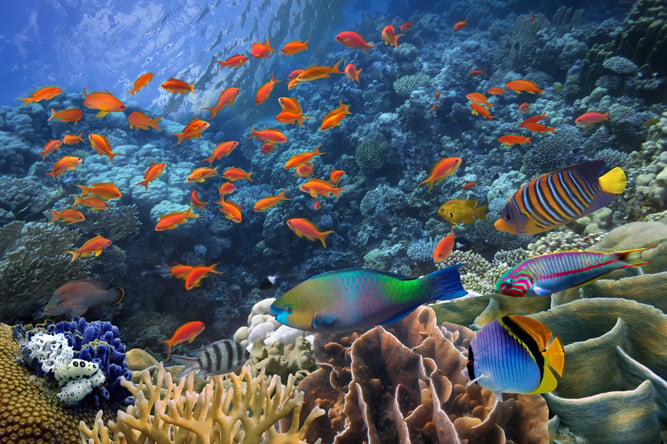 Do fish ever get confused by the number of sounds being emitted by different individuals underwater? Fun fact… they don’t! (Photo Credit : Vlad61/Shutterstock)

Three types of sounds are generally used by fish to communicate with one another—purr, crock and pop. Most of these sounds are inaudible to humans and are used during spawning, breeding and fighting. Sound is also used to navigate from one place to another and to identify the presence of predators and prey.

For instance, Petrocephalus ballayi and Pollimyrus isidori make hooting and popping sound with frequencies below 1 kHz during aggressive interactions with others.

Plainfin midshipman (Porichthys notatus) hum to lure females to their den and grunt and growl while protecting their territories. (Photo Credit : USGS/Wikimedia Commons) 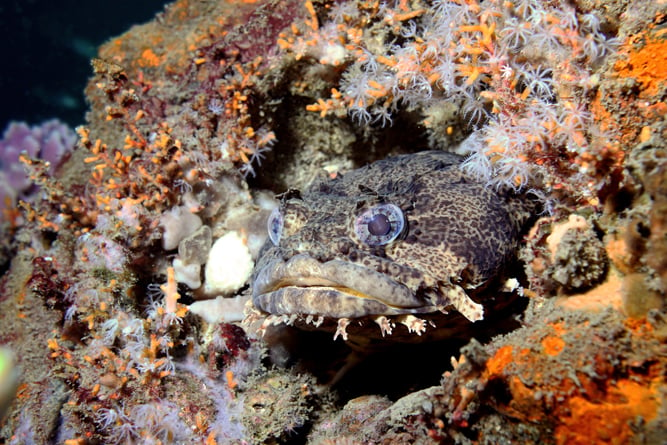 An oyster toadfish in its den (Photo Credit : Joe Quinn/Shutterstock)

Damselfish, on the other hand, use sound to protect their territories from predators. Whenever these fish sense an intruder, they spontaneously produce sounds.

How is this sound produced? 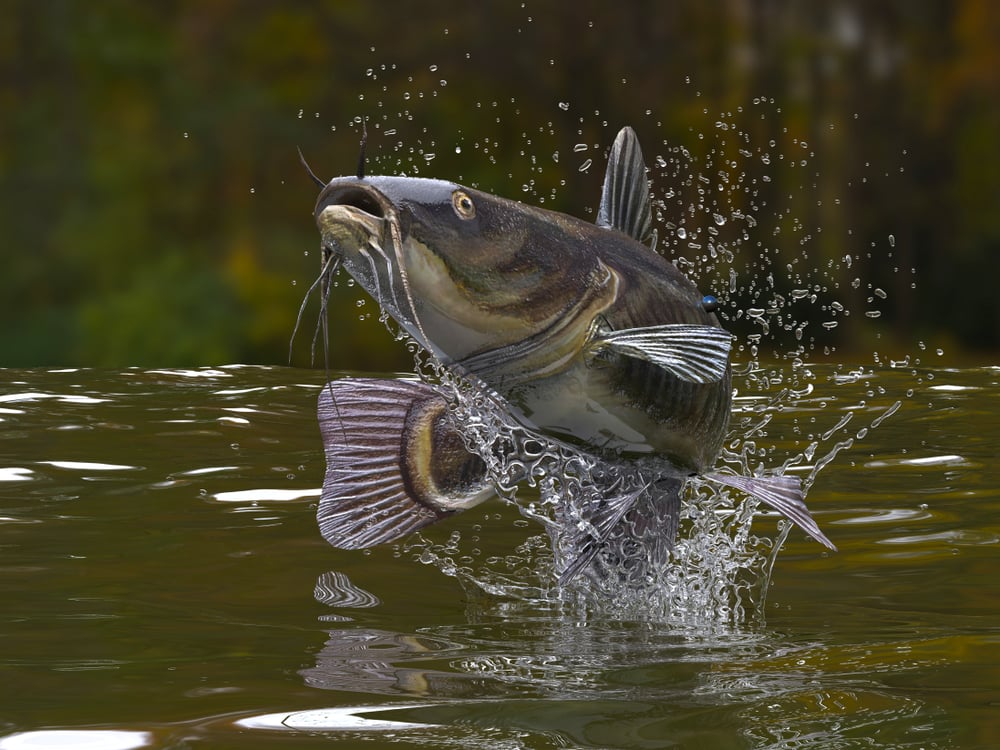 Catfish move the vertebrae in their spines to create sound in order to communicate with each other. (Photo Credit : bekirevren/Shutterstock)

There is still a lot we don’t know about how fish communicate through scent. However, a recent study reports that certain cichlids use urine as a medium to send chemical signals to rivals during aggressive displays. These fish urinate to get their scented message across!

Female zebrafish are known to secrete pheromones that function as sexual and social signaling molecules. Male zebrafish use their sense of smell to swim towards females that are secreting such pheromones. 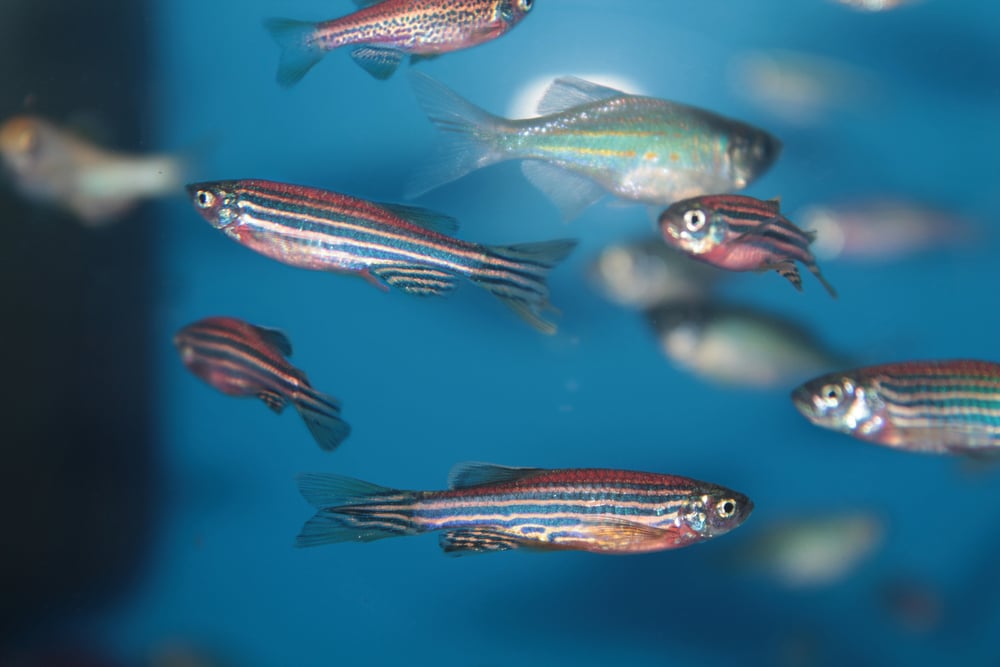 Urine in Zebrafish is an important tool for communication. (Photo Credit : Kazakov Maksim/Shutterstock)

This is definitely the most developed form of communication in fish. Many fish are capable of brightening or darkening their skin, while some can glow or even change their colors to mimic other fish. Bright colors are also used by fish who aren’t excellent swimmers to tell other fish to stay away. These fish use color as a warning sign to predators.

For instance, groupers are known to alter their colors to communicate that that they’re willing to spawn. 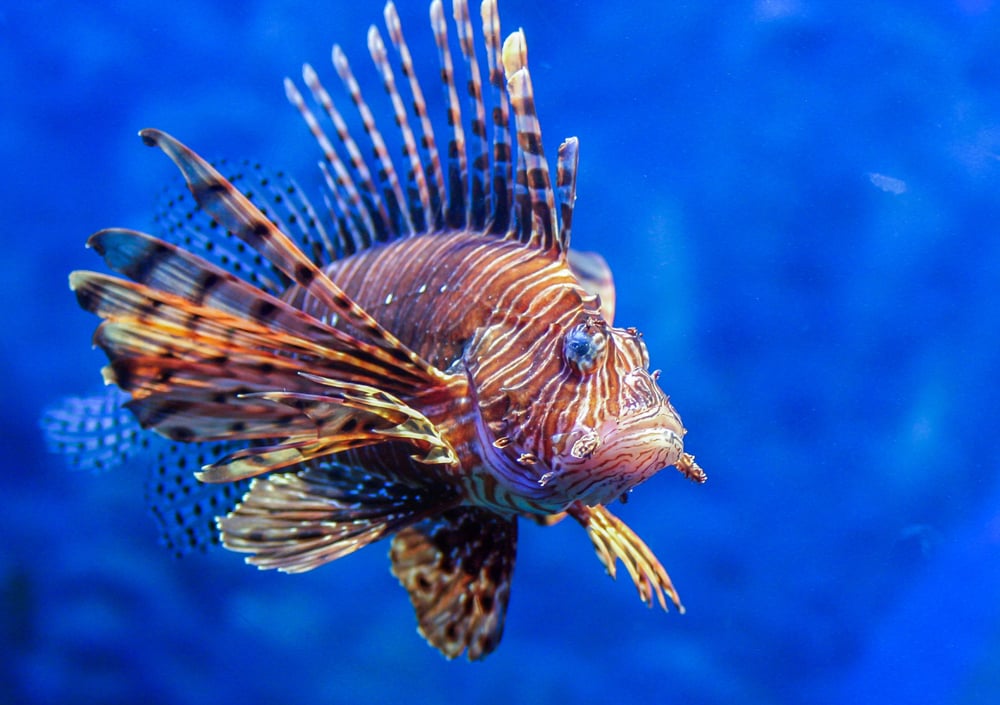 Lionfish use bright colors as a form of communication for predators. (Photo Credit : dimakig/Shutterstock)

Not all fish can produce sound to communicate, so under these circumstances, body language or movement is used instead. For instance, fish can create sound by vibrating their swim bladders.

Some fish that live in deep waters generate light from their organs through a chemical reaction. As it is difficult to see in the deep parts of the world’s oceans, bioluminescence helps in fish recognition and communication with other creatures who are similarly hard to see!

Many fish use organs known as photophores to emit light that appears as luminous spots on their bodies. For instance, photophores are present along the belly of lantern fish. Some fish have photophores on the sides of their body, which can be used to help identify different individuals and for interspecific communication.

Some fish have electrical organs that enable them to transmit electrical impulses. These impulses are usually directed at predators, warning them to stay away. 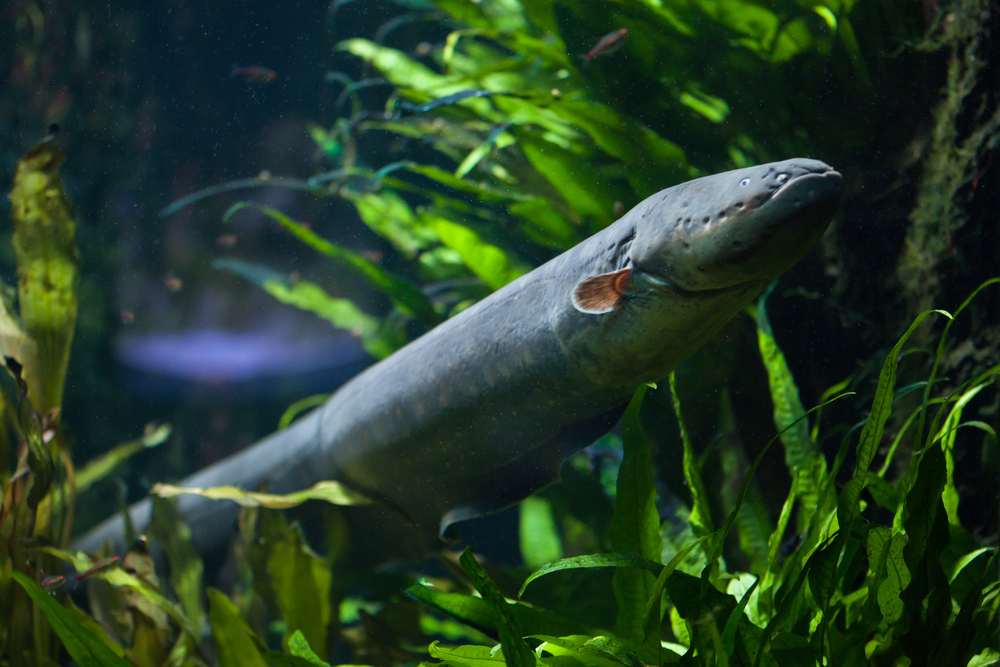 Electric eels are an excellent example of fish that use electrical impulses to communicate. (Photo Credit : Vladimir Wrangel/Shutterstock)

Electric eels have three specialized organs – the main electrical organ, the hunter’s organ and the Sach’s organ. These organs make up 80% of the electric eel’s body, while the other organs are all packed together tightly. These organs create both strong and weak electrical charges that can be used for hunting, navigating, defense and communication. For communication, electric eels use low electric discharges generated in short pulses. Electric eels can detect and identify these signals underwater and can gather information about other individuals nearby. Using electrical signals, they can convey messages. 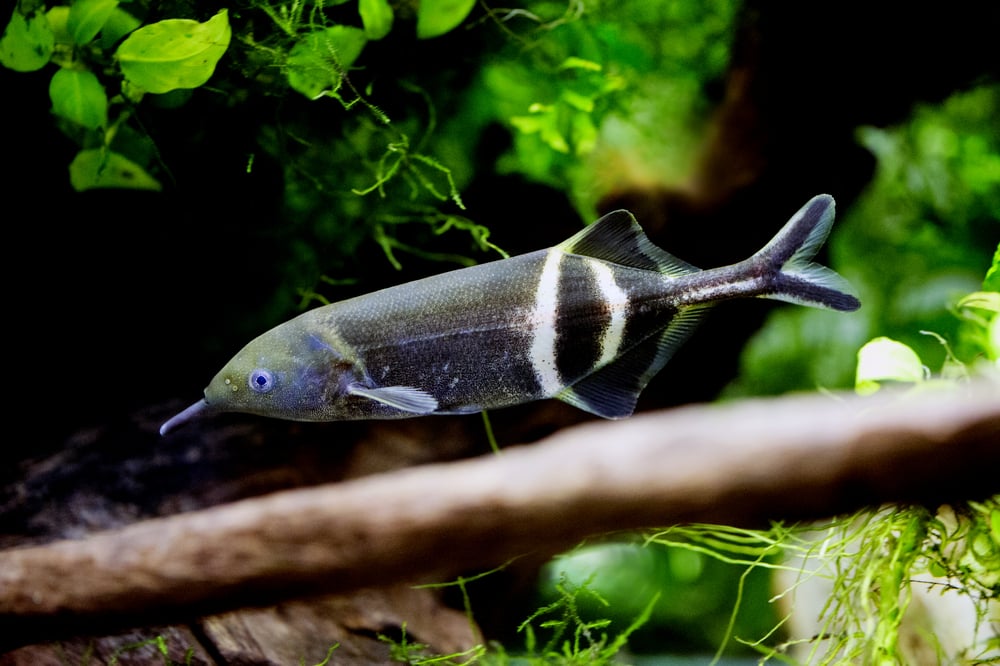 In conclusion, while humans can communicate with each other in many ways, fish can too, and often in even more innovative ways!

How much do you know about fish communication?