Fish sleep with their eyes open, unlike humans who sleep with them closed. There are a number of factors that can be looked at to determine a fish’s sleep. These include prolonged inactivity, a particular resting posture, alternation with activity in 24 hours and high arousal thresholds.

Sleep constitutes a major portion of our lives – more than we’d like to admit! In fact, if statistics are to be believed, it is seen that an average human being sleeps for almost one-third of their entire life (a man who is 75 years old will have slept for almost 25 years!). Sleep is also seen as the solution to nearly every problem in life (at least for some). Just find a bed and crash on it; after a few hours, all your worries seem to vanish in a puff of smoke.

This leads me to think, however, that although we find a bed (usually) and fall asleep, what do aquatic animals do? It’s not like other creatures don’t need sleep… Who likes to have their sleep disturbed by a bucket of cold water being thrown at them in bed? Just imagine being a creature of sea, who has to constantly live in water. How do they manage to grab a nap?

The Idea of Sleep

Before we get to that slumbering topic, you should first understand that the idea of ‘sleep’ varies between different species. According to dictionaries, sleep means “a condition of body and mind which typically recurs for several hours every night, in which the nervous system is inactive, the eyes closed, the postural muscles relaxed, and consciousness practically suspended.”

Simply put, it’s the time when we… well, are asleep! Obviously, we all know what sleep is.

The way we sleep is quite different from fish. More specifically, we sleep for many purposes, but the major reason is to get rest and feel more charged up for our day. For fish, sleep means a period of lowered activity. Given that they dwell in the sea, they must move constantly. That’s a lot of swimming (or exercise) for a fish. 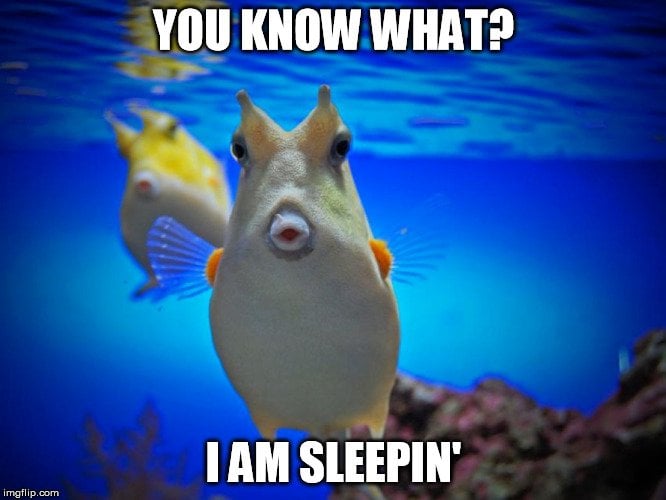 Sleep With Their Eyes Open

As weird and impossible as this might seem to us humans, whose sleep is directly and entirely associated with closing one’s eyes (or eyelids), fish don’t close their eyes. The reason is simple: they don’t have eyelids (except sharks).Therefore, they sleep with their eyes open!

This has led many to believe that fish don’t ever sleep. This is simply not true. Just because you never see them closing their eyes, it doesn’t necessarily mean that they never rest.

As we discussed earlier, the way fish sleep or rest is different from humans. There are a number of factors that can be looked at to determine a fish’s sleep. These include: prolonged inactivity, a particular resting posture (in some sort of a shelter), alternation with activity in 24 hours and high arousal thresholds.

Basically, it means that while a fish rests, it may hover around a particular place for a long time. It is important to note that they keep moving continuously in order to pass water through their gills (which may remove dissolved oxygen from water). Therefore, you wouldn’t find that (most) fish lie absolutely still taking a rest or ‘sleeping.’ 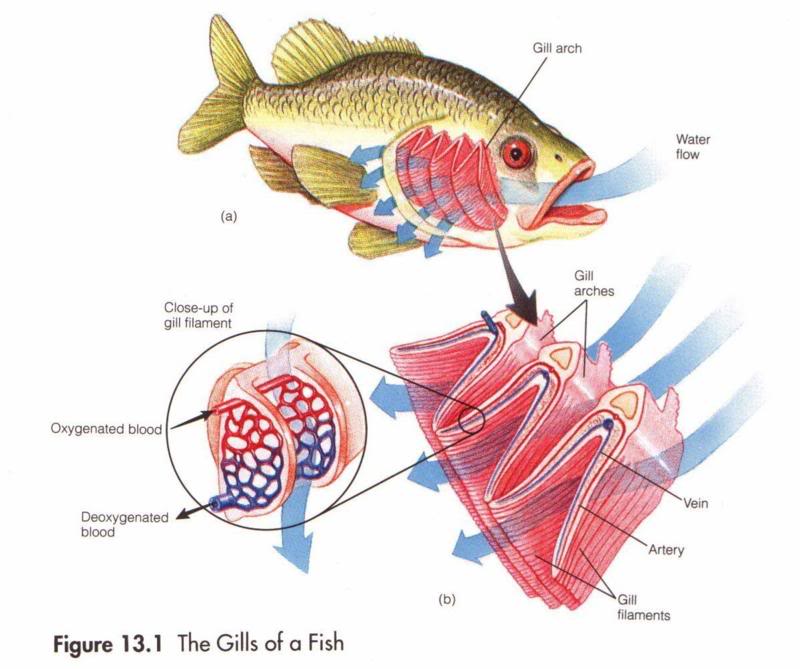 Also, sleeping fish remain in a particular posture, so you would see them in one position continuously when they are taking rest (like in Mozambique tilapia). Certain fish also choose specific spots to sleep in order to avoid predators. There are some typical shelters, such as holes and crevices, underneath ledges, amidst vegetation, inside sponges, or buried in sand.

Like humans, when they are asleep, fish have a high threshold to arousal or reaction to an external stimulus, which means that they do not easily react to external stimuli (for example Spanish hogfish, bluehead wrasse, the cunner Tautogolabrus adspersus, and requiem sharks).

Dolphins are considered to be the most intelligent marine animals out there in the sea. And why not, their sleep style is simply amazing!

Dolphins shut off one hemisphere of their brain to provide it with rest and enter a state of sleep called hemispheric slow wave sleep. The active half of their brains makes sure that they are swimming continuously and keeps track of things around them, while the inactive half sleeps. After a period of time, the roles are reversed. Dolphins are just as smart as everyone thinks they are, apparently.

This not only proves that fish do sleep, but also establishes that they don’t need a pillow, sheets and a warm bed to catch some shut eye. It isn’t easy, nor does it seem normal, but every animal has to adapt to survive, even if that means never really being asleep!