Pheromones are chemical substances secreted outside the body of an animal. They function in signaling and communication between members of the same species.

Do you think that animal calls are the only way that creatures can communicate with each other? In the case of humans, mobile phones, wifi, the postal service, and a plethora of other technical tools help in communication, but most people think that animals are generally deprived of such tools. They are, in some ways, but in this post, you will discover another cool and relatively uncommon way that animals signal and communicate amongst themselves—pheromones! 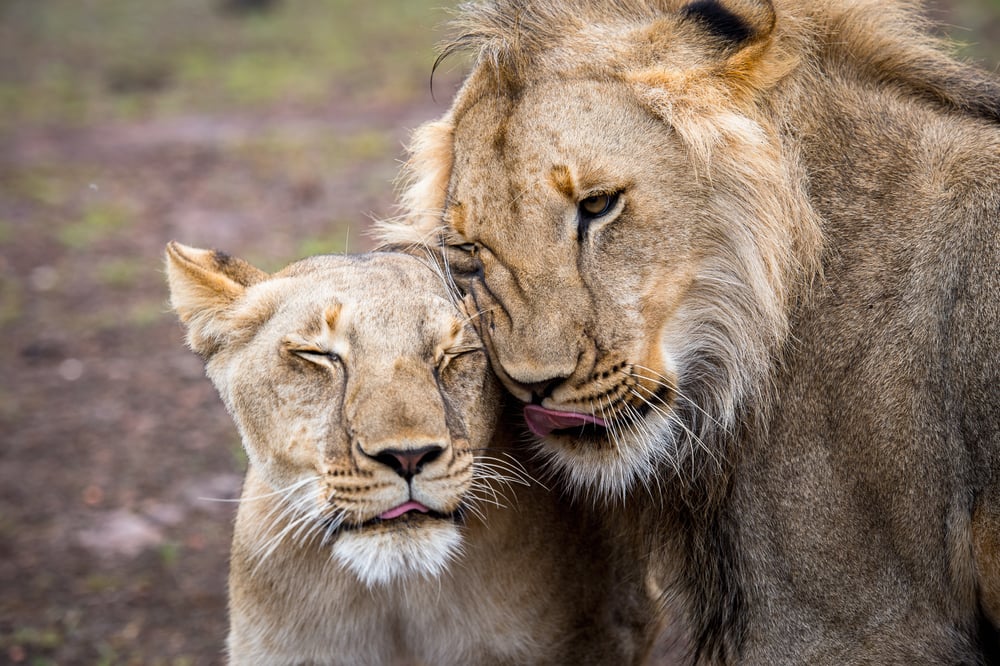 A lion and a lioness embracing each other (Photo Credit : Anton_Ivanov/Shutterstock)

In simple terms, pheromones are chemicals secreted outside the body by a number of animals. They are used for signaling and communication between members of the same species. A majority of pheromones are detected through an animal’s sense of smell. So, the next time you see an ant carrying a grain of rice along a particular path, consider that the ant is almost certainly following a scent trail! This scent is of a specific pheromone, one that helps the ant re-trace the route to its mound. Pretty wild, right?

In scientific terms, pheromones are chemicals produced by creatures that, once secreted, elicit a behavioral change in another member of the same species. This behavioral response may include an emergency alarm in the case of a predator, a marker for a particular route, a boundary of one’s territory, or even the desire for reproduction. Pheromones do to animals exactly what signs do to human drivers on a highway. They signal the animal and bring about a physiological change in the body, which makes the creature behave in a certain way. 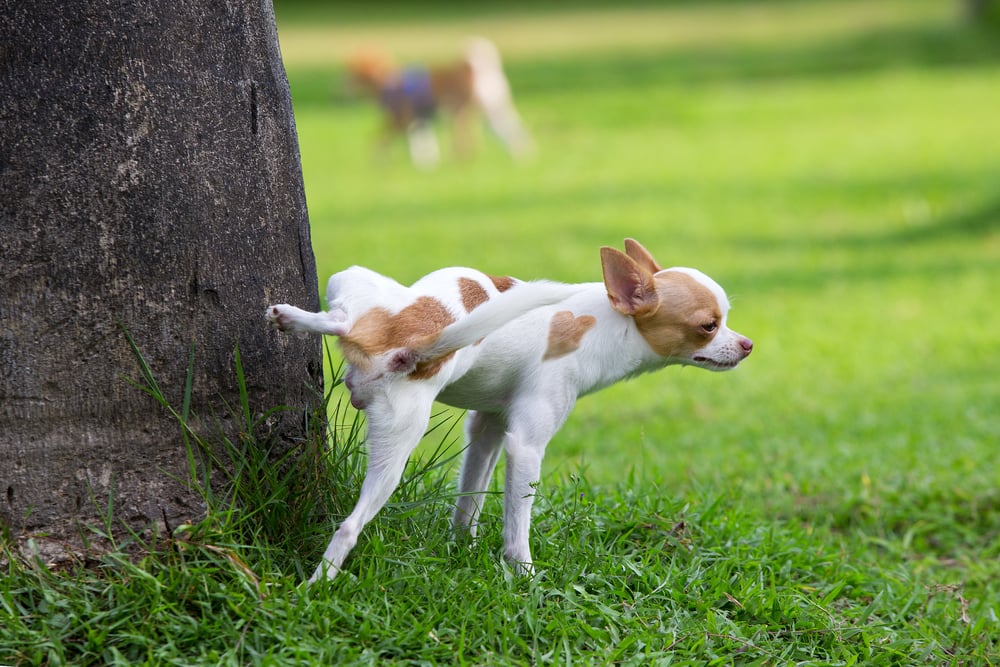 A dog marking his territory by urinating (Photo Credit : Sukpaiboonwat/Shutterstock)

Why do animals use pheromones?

You may have never heard this word before, but pheromones are actually one of the most crucial things in the survival strategy of an animal. Have you ever spotted a dog peeing regularly around a tree or a car? This might sound unusual, but this is their preferred way of marking their territory.

The Canadian lynx is one such animal that leaves its scent on trees and marks by urinating on it. These are called chemical signs which play an important role in communication. The most common example is that of a house cat rubbing its head against a person. This is their way of marking a territory as theirs. Leopards piss on trees while standing in a transverse position to cover the bark with an identifiable scent. Furthermore, scientists have noted that lion scent marks indicate their territories, fitness, and reproductive state, along with their individuality.

This brings us to the conclusion that animals use scents and pheromones to mark their territories, show their readiness to mate, to attract prey, to ward off predators and also to develop neonatal links. The most basic substance utilized for these purposes is urine, as it smells so strong. Therefore, many animals have scent glands situated in their hooves, on their face or close to their reproductive organs! 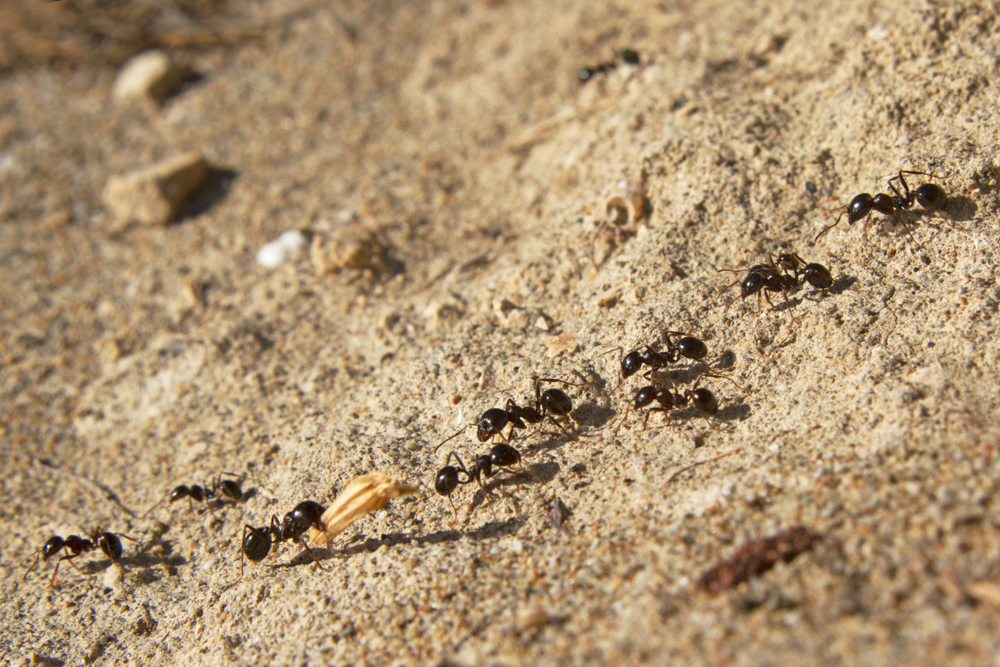 A group of ants following a trail (Photo Credit : Matauw/Shutterstock)

How do pheromones work?

Let’s try to understand this question with an example of two rats. For the sake of convenience, we will label the rat that secretes pheromones as Rat A. On the other hand, the rat for which the pheromones have been secreted will be Rat B. Rat A is said to be the originator, as it produces the scent if a predator is detected. In such a situation, the pheromone would alarm Rat B, which might run away to avoid the danger. Thus, Rat B is the receiver.

In mammals, pheromones are also used to mark newborn babies. This usually takes place through the pheromones in breast milk. When a baby—a receiver—consumes this milk for the first time, it helps the offspring identify its mother. Therefore, even if you keep the calf around other females, it would be able to successfully identify its own mother. As such, the mother is considered the originator. 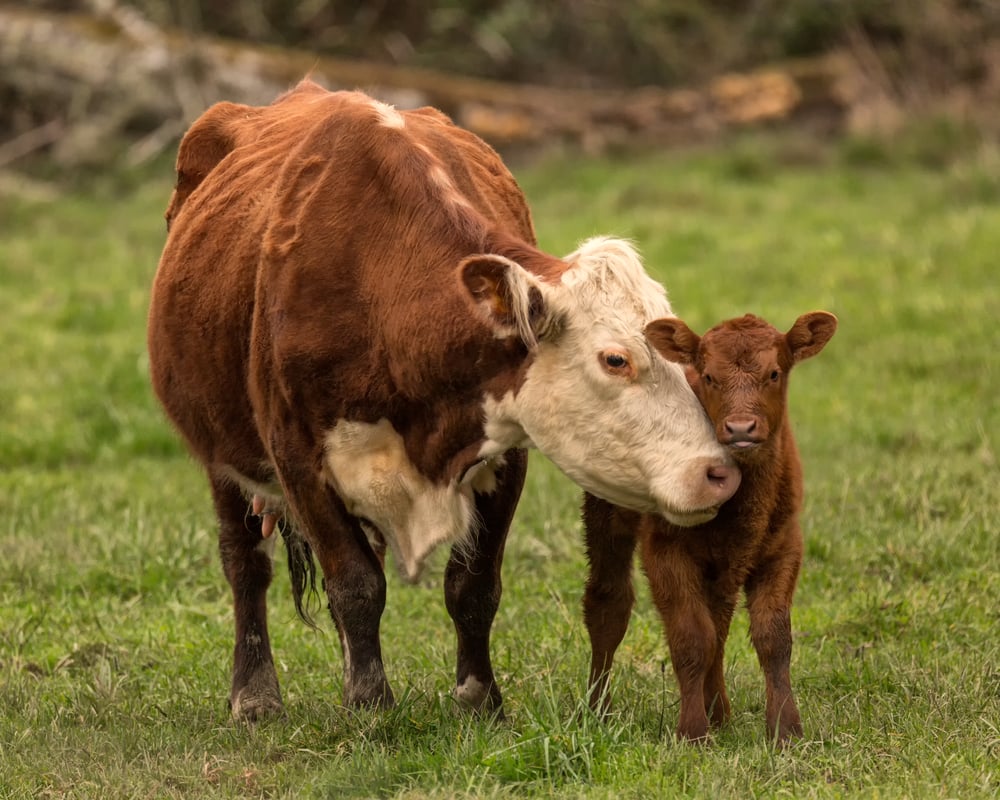 A cow and a calf (Photo Credit : Jeffrey Schwartz/Shutterstock)

In many different animals, there is a range of pheromones they can use. Let’s consider dogs, as an example. When females are in heat, they emit a particular pheromone that announces their readiness for mating. However, when a dog wants to mark its territory, it will do so by urinating in its domain. Therefore, it can be rightfully said that for reproduction and territorial marking, separate pheromones are secreted, given that they generate very different responses in receivers!

The best thing about animals is that there is always something new to discover, no matter how much you learn! This is certainly true when it comes to pheromones. Who knew that scents—apart from spraying them on yourself before a big date—could be a method of communication for such a wide variety of life on this planet? From insects to humans, pheromones are major players in communication around the world!