When two ants collide, or meet each other head-on, they smell each other thoroughly to make sure that they belong to the same colony. If not, things can get tense!

The other day, I was sitting in my room staring out the window, thinking of different ways Marvel could bring the Hulk back in the next Avengers installment. While I was sitting there, I observed a lot of ants walking along the windowsill, mainly moving towards each other in two single-file lines (they always move in extremely disciplined fashion). I couldn’t help but notice that almost every ant was touching the oncoming ant head-on before continuing with their journey.

It wasn’t the first time I had observed ants displaying such behavior; in fact, they do it every time they move in opposite directions.

The question is, as always…why do they do that?

As it turns out, there are a number of hypotheses that attempt to explain the mysterious behavior of ants. The most popular theory among them deals with… 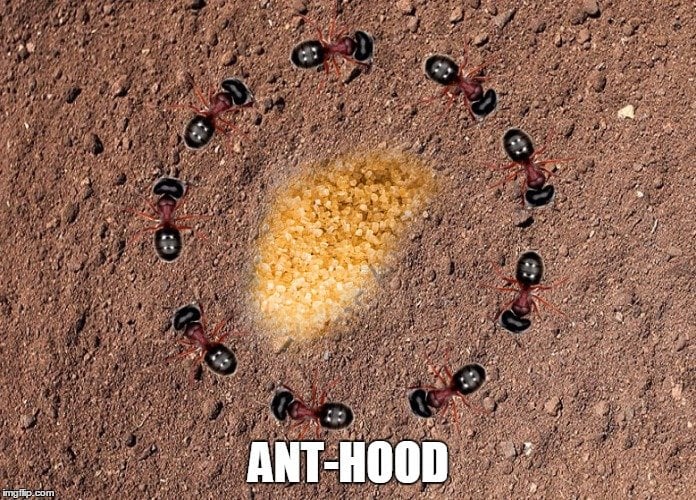 Just as we celebrate brotherhood among humans, ants celebrate their “anthood”. Ants are used to living, thriving and spending their entire lives in close quarters to their nestmates. An average nest easily houses thousands of ants. Furthermore, most ants can’t see and must spend their entire lives in the dark (no pun intended).

Therefore, it’s of the utmost importance for ants to be able to identify and cooperate with other ants from their colonies. 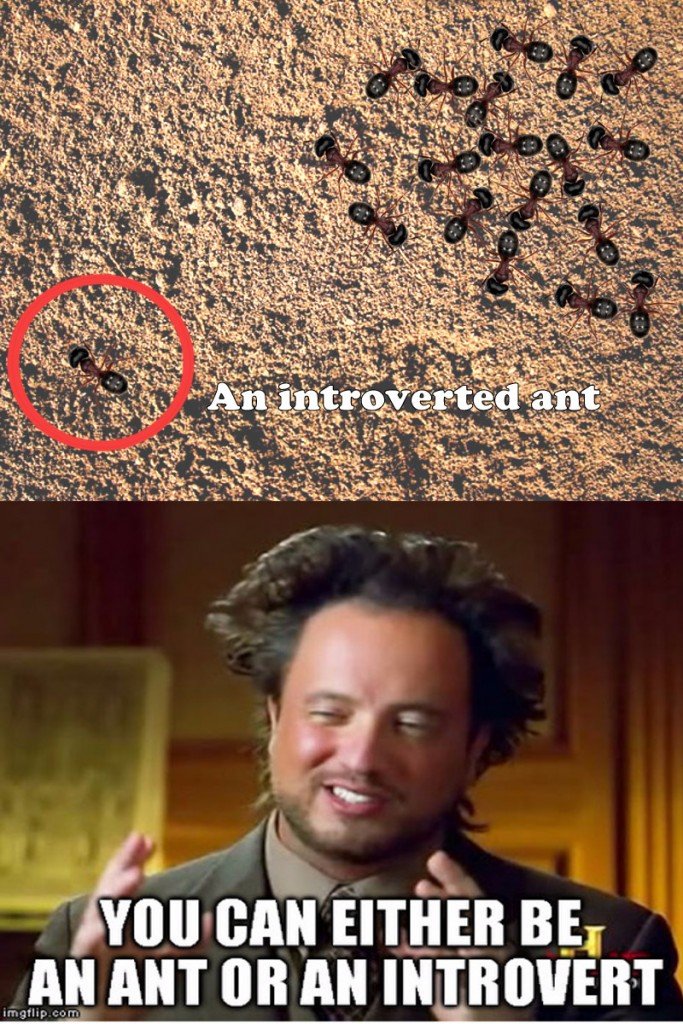 Therefore, when two ants collide, or meet each other head-on, they smell each other thoroughly to make sure that they belong to the same colony. If not, things can get tense! Ants are surprisingly good at identifying intruders, thanks to their olfactory system, which can immediately tell the scent left by an intruder from the scent of one of their own. Thus, in the case of two ants from different colonies meeting, the ant without any same-colony members nearby backs away and runs for its life!

A lack of good vision makes physical contact an integral part of their lives in order to communicate and eliminate threats to their colonies. That’s one theory as to why ants touch every other ant coming from the opposite direction. The other theory, however, is even more interesting.

An ant, while going in search of food, may encounter another nestmate, in which case, it might ask the other ant (that’s returning to the nest, and presumably has its hands on something to eat) to spare some food. Yet, how could an ant spare some food that it has already ingested, meaning that it’s sitting inside its stomach? 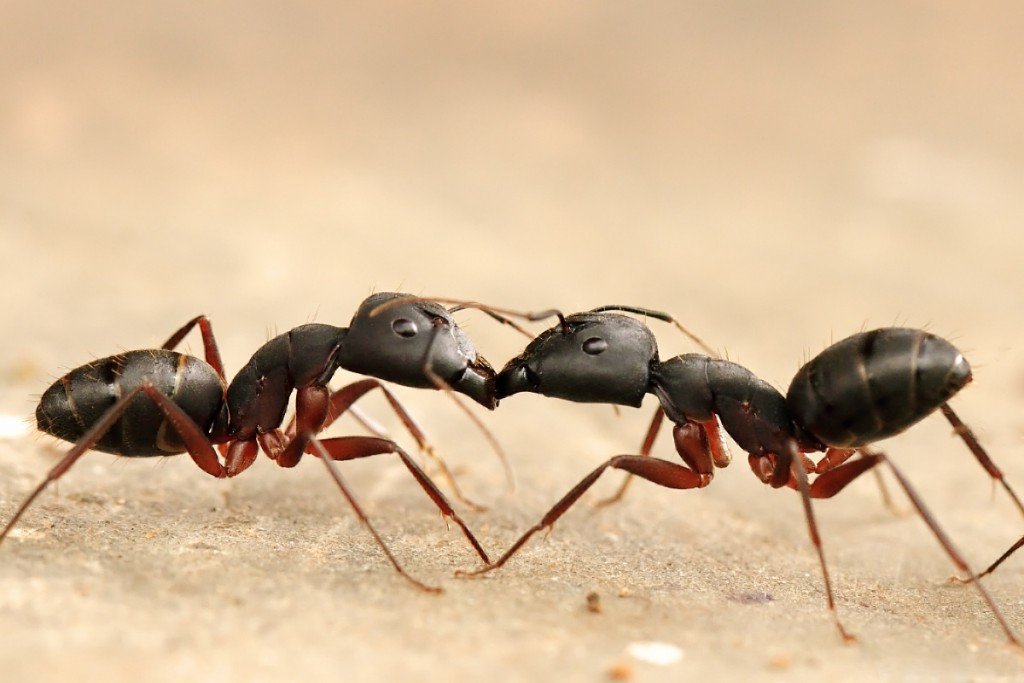 Trophyllaxis, commonly observed in insects like ants, wasps, termites etc., is the practice of sharing/transferring food from one member to another in the same colony/community. It may be a mouth-to-mouth transfer or an anus-to-mouth feeding.

The idea of transferring food in such a way might seem gross at first, but it’s far from it, at least for the insects that indulge in it. In fact, it’s a very friendly practice and one that’s highly valued in ‘ant circles’. When an ant is hungry, it will poke another nestmate with its antennae. Now, if the second ant has some food to spare, they both join at the mouth and the mouth-to-mouth transfer of food takes place!

How do ants communicate with each other?

Considering their large numbers, an ant colony has not one but a combination of methods to achieve great communication without it ending up in chaos. These millions of ants ‘talk’ with each other and do their work perfectly. Let us look at their methods of communication, one at a time.

How do ants move?

If you have ever observed ants, their motion is pretty quick and agile. And that confuses me, because how can those 3 pairs of tiny legs be able to handle the weight of the entire body and move in that manner. A recent study studied the pattern of how an ant walked. The ants walk using an ‘alternating tripod’ system. In this system, front and back legs of one side and the middle leg of the other side move together. They also maintain less distance from the ground and keep themselves low. This system helps to walk fast and maintain a low center of mass. This lets them be quick and agile while walking around. They do not change this system while running at a faster rate. They just increase the length and number of strides.

Next time you see an ant bumping into every other ant that comes their way, don’t judge it on its poor navigational skills; it might just be telling the other ant about some danger lying ahead. However, if they stay in contact for a little longer than usual, you know that you’re witnessing a noble insect deed that ensures that everyone stays well fed!

Check if you really understood why ants touch each other