Why did one cow disagree with the other? Because it made a ‘moo’ point!

All jokes aside, what do you think animals are saying anything to each other when they utter the wide variety of cries, squawks, barks, and growls? Is there something behind the noises, or are they just meaningless sounds? A little digging on how animals communicate will tell you that uttering sounds, which is the dominant means of communication for humans, is only one of the many ways in which the members of animal and avian kingdoms communicate.

Unlike humans, visual communication in animals is the least effective, since it has prerequisites of proximity and adequate illumination, but birds and animals that conduct their activities during the day do utilize this form of communication. Amongst avian creatures, males usually have colorful plumage to attract the attention of females. Birds of paradise and peacocks are classic examples of this. The thickness and depth of color of a lion’s mane, for example, is a visual indicator for a female of his potency as a prospective mate. 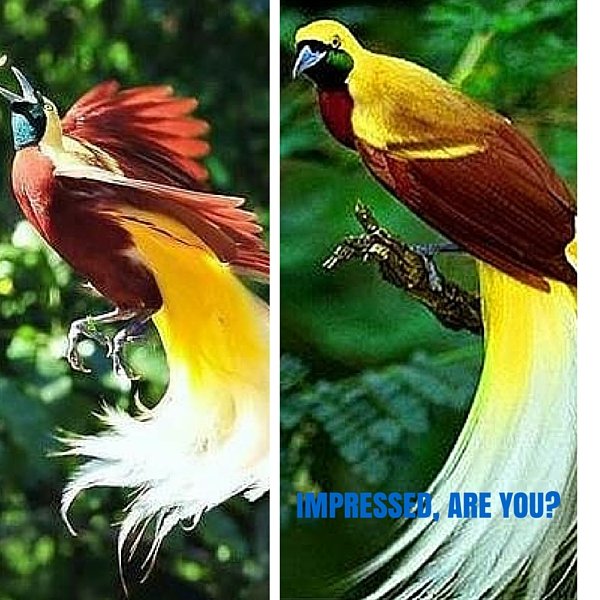 Color in the animal kingdom conveys a lot of information, and is also used as a threat, which signals predators to stay away. Brightly-colored insects and animals have the appearance of being venomous, which acts as a defense mechanism for these creatures.

Movement is another characteristic visual cue. Research has shown that the hovering and waggle-dancing of forager bees is not random, but in fact, by moving up and down, the bees are informing other bees of the distance and location of a food source. Not to mention, the whole exchange is quite entertaining to watch!

The cries that animals utter are limited to signals related to signifying danger, mating or foraging (food source) activities. Auditory signals are more advantageous for survival in the animal kingdom, since sound can travel much greater distances than visual recognition. Almost all animals and birds have some type of cry that informs other of the presence of danger to animals of their own species. The cuckoo sings and the frog croaks to communicate and attract potential sexual partners in their vicinity, as is true with millions of other species. Animals emit a very different cry to indicate pain, which is understood by members of the species, but perhaps not that different to human ears. This isn’t exclusive land animals, but also mammals living in the oceans, such as whales and dolphins, which “speak” at ultrasonic frequencies to communicate over long distances, as visibility is greatly compromised.

Again, touch is a limiting aspect of communication, as it requires close proximity, but is nonetheless vital for social communication in the animal kingdom. Chimpanzees greet each other by holding hands, monkeys groom each other and, as pet owners should know very well, domestic animals commonly lick with their tongue to show affection. 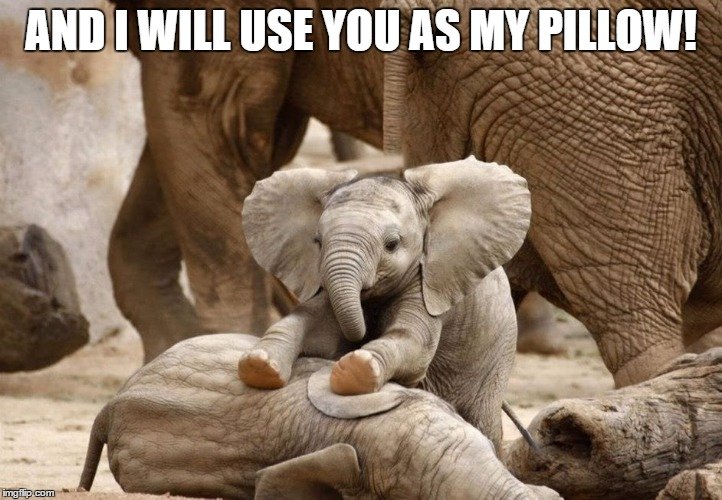 Elephants, for example, are extremely tactile creatures and use their bodies to show many emotions, including affection, aggression, playfulness etc. Their trunks are generally used to caress, direct their young ones or hold other trunks as a sign of affection. Tusks are generally used to fight for herd dominance or protect the clan. Touching helps to strengthen bonds between animals both big and small, just like in humans!

Chemical communication mainly involves pheromones, but it can also include bodily fluids, such as urine and venom for certain animals for defense purposes. This probably represents the strongest form of signal transmission among our four-legged brethren. Pheromones are a substance produced by an animal’s body that are released to convey information. Two different systems are required for chemical communication, classified based on whether it requires direct or indirect contact. In the case of indirect contact through airborne or aqueous mediums, chemical communication is perceived through the sense of smell and taste. For example, snakes can literally taste their enemies from a distance. They use their forked tongues and receptors in the roofs of their mouth to collect pheromones from potential prey and predators before making their next slithering move!

Most big cats mark their territory by urinating, which warns other animals to stay away due to the pheromones in the smell. Dogs even sniff each other’s hindquarters to get valuable information about each other (gross!). Cats have a unique way of saying ‘you belong to me’. They rub their heads against a person or object to release the pheromones in glands located in their head and ear region, so that any other animal knows that they’ve claimed you already!

There are also alarm pheromones that the animal kingdom uses to ward off predators. When a bee stings, they inject a chemical, Isopentyl acetate, into the sting to warn other bees. This sometimes causes swarming (mass attack launched on the predator).