Some animals have evolved to have bright colors as a warning sign to predators that they are dangerous to attack and eat. This is known as aposematism, and it is a strategy used by animals to avoid being eaten by predators. Aposematic animals typically have a primary defense, which can be their color, odor, or sounds that they produce, that is designed to warn predators to stay away.

The animal kingdom is a complex world with diverse predator-prey relationships. The variety of ways in which animals try to evade predators is fascinating. One of the best defenses that animals have against their natural predators is camouflage; blending into their surroundings is often an animal’s best bet against being devoured by a hungry beast. You might think that this camouflage technique would be used by all animals, but it turns out that many animals go completely against this method. Bizarrely enough, there are some creatures out there that have evolved to be very noticeable to predators – a quality that is designed to save their lives.

Certain animals have evolved unique defenses against predators. They typically have a primary defense, which can be their color, odor, or sounds that they produce. This defense, of course, is deployed before the predator makes its move. The secondary defense is unleashed after the predator has attacked its prey, and can consist of various behavioral or chemical defenses that make the animal dangerous or “not worth it” for the predator to eat. 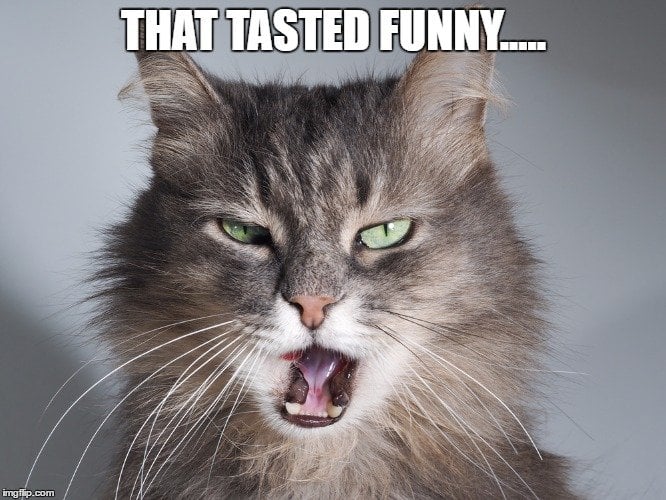 This strategy, where an animal signals predators via their colors, odors, or sounds that they are dangerous for the predator to attack and eat, is known as aposematism. The word was coined by an English zoologist named Edward Bagnall Poulton, and is derived from the Greek words “apo” meaning “away” and “sema” meaning “sign”. Therefore, aposematism basically refers to animals signaling their predators to stay away, as it benefits both animals. This prey-avoidance is achieved by the predator learning to associate the prey’s primary defense with unprofitability.

The most widely deployed primary aposematic defense is an animal’s color. Since a predator will learn to associate its prey’s color with how dangerous it is, it makes sense that animals have evolved to have bright colors to signal their dangerous nature. Therefore, such visual warning signals can be thought of as “honest indicators” of an an animal’s unpalatability, and the more brightly colored and visible an animal is to its predator, the more dangerous it usually is for the predator to attack. 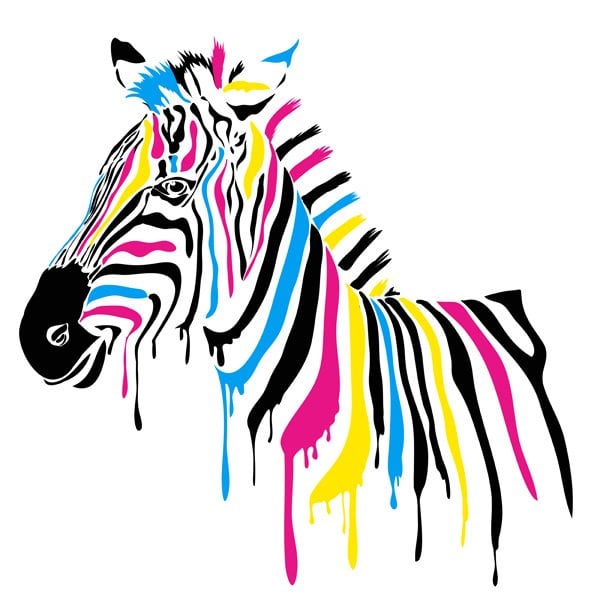 However, returning to the point about aposematic animals defying conventional wisdom about camouflage, it is worth noting that some animals seem to have found a compromise between the two. There is empirical evidence supporting the idea that some animals have struck a balance between camouflage, when viewed by predator from a distance, and aposematism, when viewed up close.

Now, let’s explore some of these fascinating aposematic creatures.

In the Central American countries of Nicaragua, Costa Rica, and Panama, there is a colorful species of frog (Oophaga pumilio) known as the strawberry poison frog. The frog is toxic to predators, due to certain alkaloid toxins that accumulate in its skin. Different populations of these frogs vary in color (color morphs), and it has been found that the more brightly colored the frogs are, the more toxic they usually are to predators. Therefore, these frogs are an example of honest aposematic signaling. 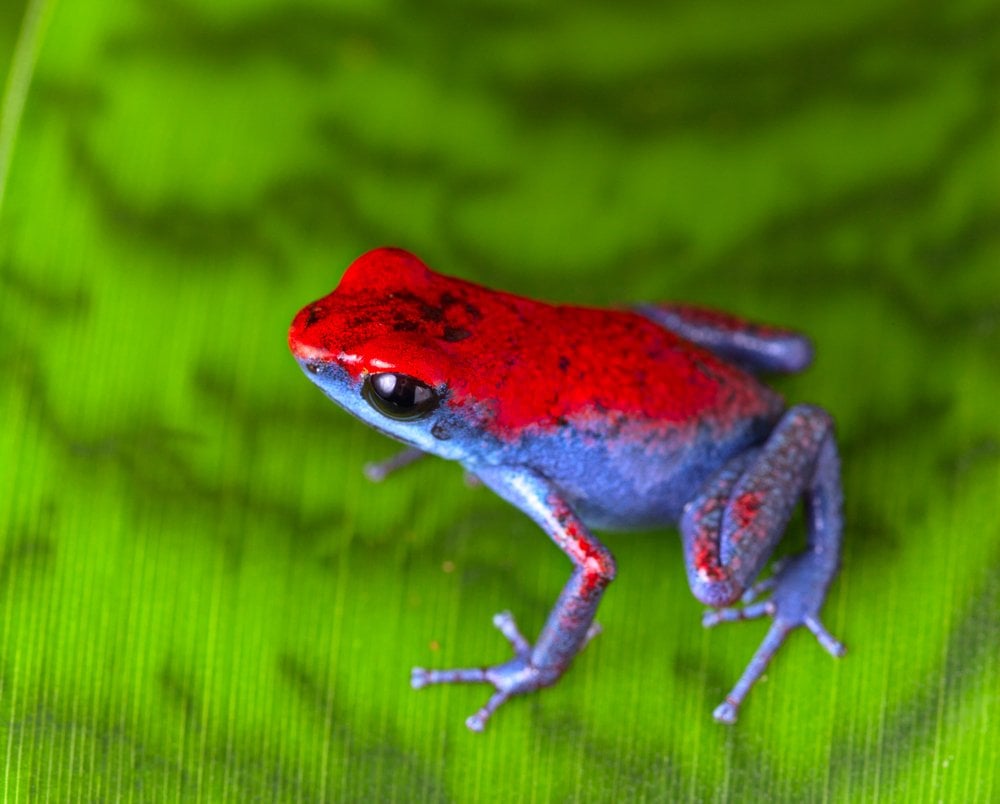 Another example of aposematism is observed in bold-colored mammals, such as the skunk and honey badger. These animals’ bold black-and-white coloration warns predators of their ability to spray noxious chemicals, as well as their strength and aggressiveness. One very interesting finding is that horizontal stripes along these animals’ bodies, such as in skunks, mean that the animal is more likely to have a chemical spray defense. It might also mean that this horizontal stripe leads the attention of the predator down the horizontal stripe to the back of the animal’s body, where the noxious chemical can be sprayed from its anal glands. 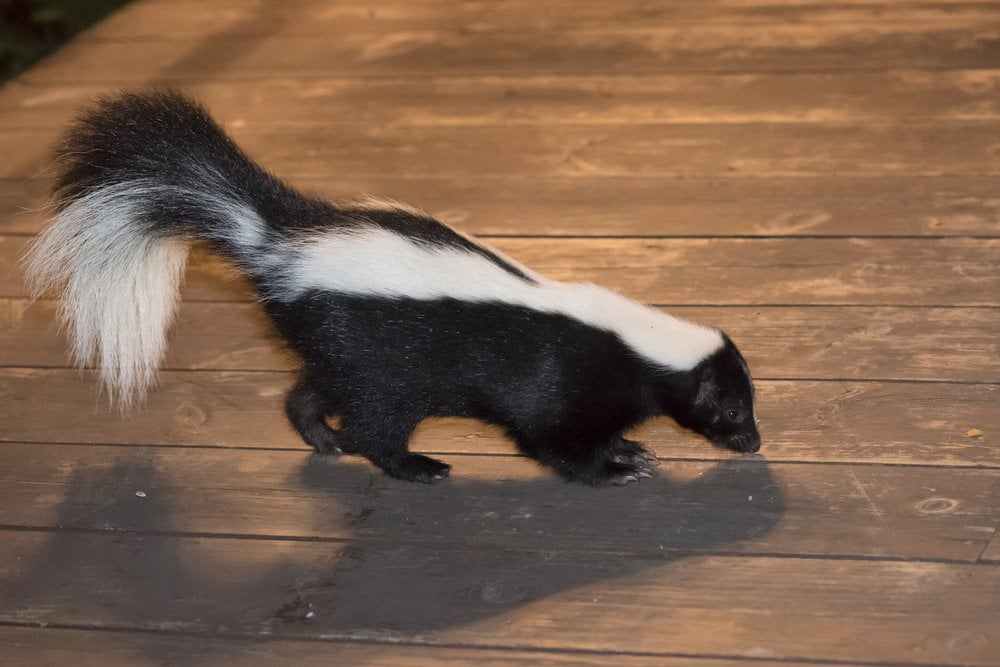 As it turns out, yes, even animals are capable of a little cheating. Some animals have evolved the ability to copy the warning signs of aposematic animals, even though they aren’t dangerous for the predator to eat. This sneaky tactic is called Batesian mimicry. Another strange occurrence is when two or more animals evolve to have similar appearances, where both are aposematic and therefore wisely avoided by predators. This kind of similarity is called Müllerian mimicry. 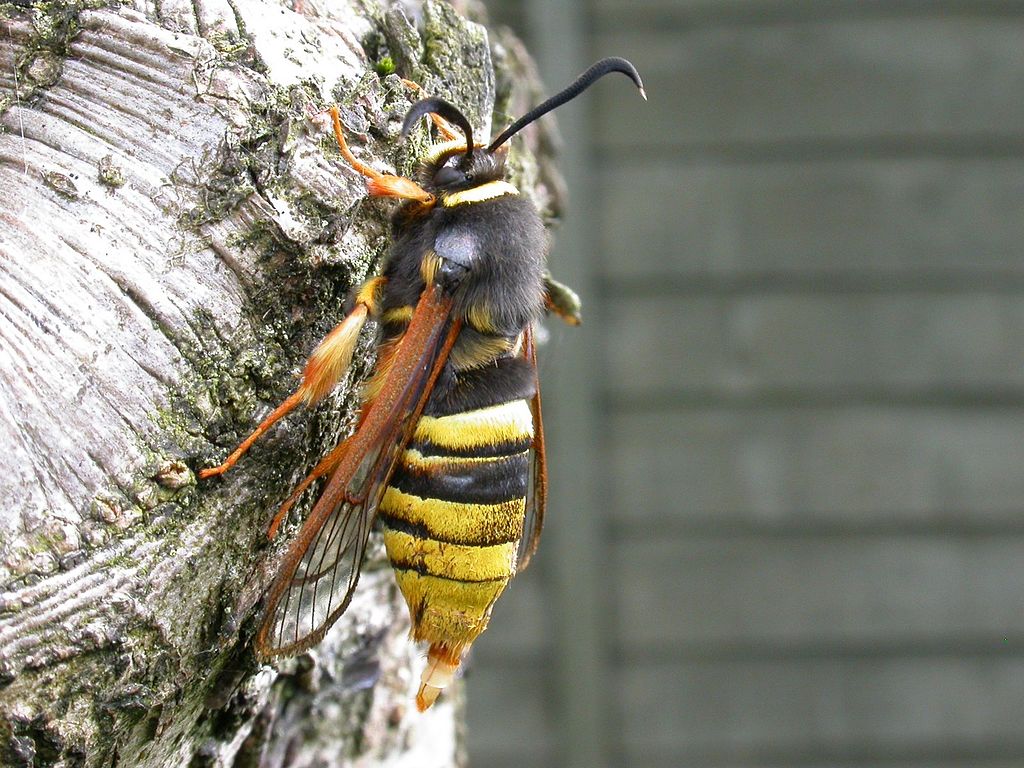 The hornet moth is a Batesian mimic of the yellow jacket wasp. It looks very similar to the wasp, but lacks its powerful sting. (Photo Credit: Ian Kimber, via Wikimedia Commons)

Aposematic animals are fascinating creatures that use their distinctive features to warn predators to stay away. Therefore, next time you spot an animal that seems to be poorly camouflaged, don’t just assume that it’s doing a bad job of surviving in the wild. Wait for a predator to attack it and face the decidedly unpleasant consequences!