Our brains seem hardwired from birth to speak a language, but not read it. Research reveals that we need to train our visual system to read written symbols.

“At one magical instant in your early childhood, the page of a book—that string of confused, alien ciphers—shivered into meaning. Words spoke to you, gave up their secrets; at that moment, whole universes opened. You became, irrevocably, a reader.” ~Alberto Manguel, A History of Reading.

You might have seen babies babble to a parent before, responding to their speech. However, we don’t send them to any school to learn to babble; they absorb language naturally from the adults around them. Why, in that case, do we send children to school to learn how to read? Why can’t we learn reading without overt teaching, just like language? 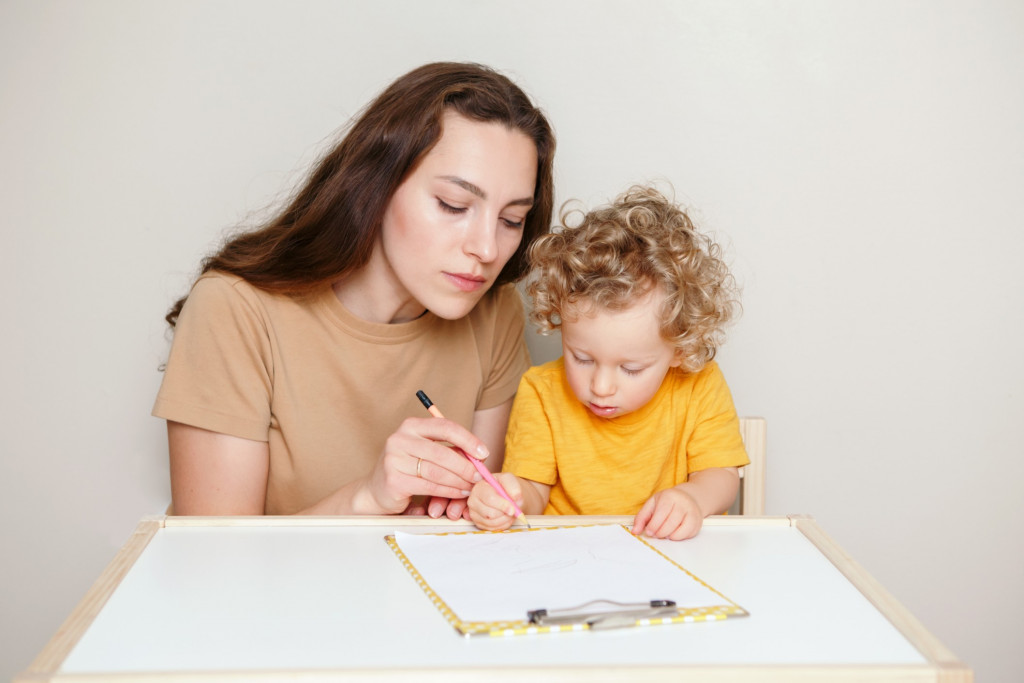 We are overtly taught to read, but not to speak (Photo Credit : twenty20)

The answer to this question lies in the natural capabilities of the human brain – the things it can do naturally versus those it can’t.

Why Do Our Faces Look So Weird In The TikTok Inverted Filter?

The natural functions of the brain

The brain has countless functions, one of which is helping you perceive the world around you by using the five senses—sight, smell, sounds, taste, and touch. 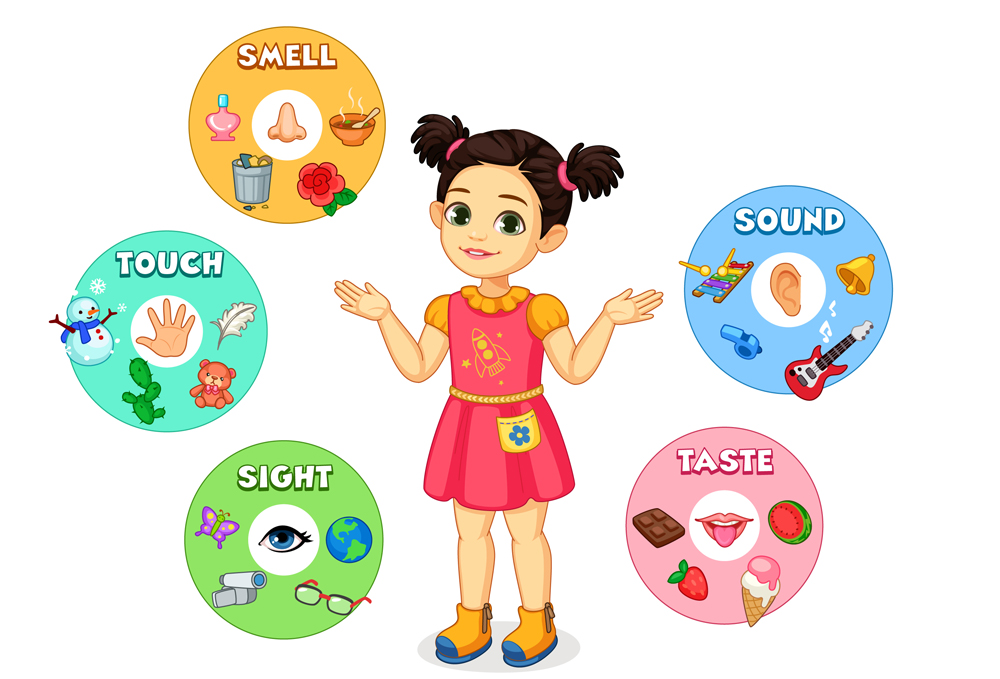 The brain helps us perceive the environment through five senses (Photo Credit : Passion-pearl/Shutterstock)

In response to these sensations, the brain signals the body to help us move and behave in certain ways. For example, when you smell a delicious pizza or a freshly baked cake nearby, your brain will signal your body to move toward it so that you can eat it.

Sensing and moving are functions that are integral to the survival of all organisms. Therefore, all beings with a brain sense and respond to their environment in certain ways.

Humans went one step further during evolution and developed a unique skill—language.

A human infant begins to speak purely through exposure to adult speech in its environment as early as 7 months of age. Any issue in receiving this exposure will affect their ability to speak. We’re able to learn language naturally because our brains have built-in systems to handle it.

The evolution of language

Language is what makes humans unique. Our closest relatives—chimpanzees—with whom we share about 98% of our genetic material, cannot speak.

We have brain areas dedicated to producing and understanding speech. The inferior frontal brain region, otherwise known as the Broca’s area, helps us articulate speech sounds and speak. A different site, the superior temporal region, helps us decipher the speech we hear and comprehend it.

Based on this, we can safely say that we are “wired” to speak. Thus, it is no wonder that by a few months after birth, human babies start babbling, making their earliest attempts in speaking. But what about reading? How does our brain manage to read?

As opposed to language, reading is a cultural invention. 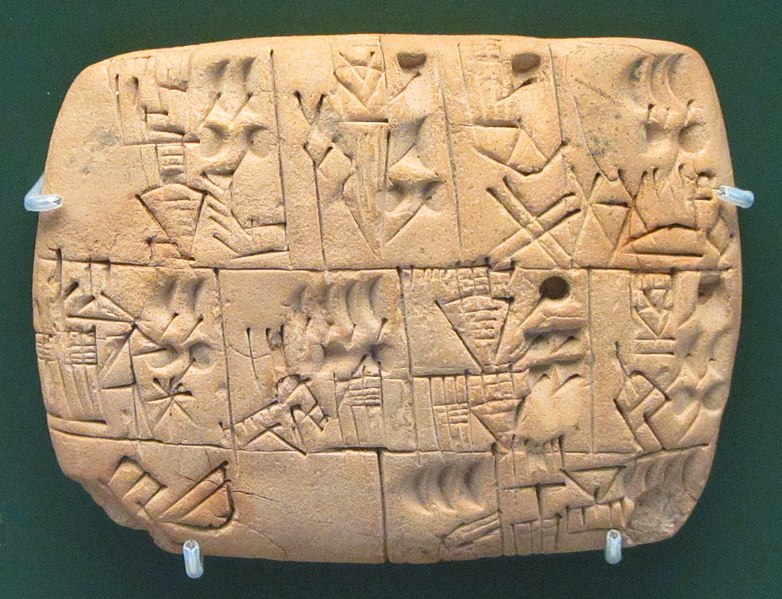 Humans started reading and writing only about 5,000 years ago (Photo Credit : BabelStone/Wikimedia commons)

Humans invented writing about 5,000 years ago as a means to record and pass on information to other individuals. It is an “artificial” skill because we weren’t required to read before. Because of this, our brains do not have dedicated regions for reading, unlike those for language. Given that, how do we read at all?

Reading occurs in three steps in the brain—visual identification of letters, associating speech sounds with letters and understanding meaning. The brain ‘recycles’ tissues from regions meant for other functions to form a “reading network”.

The human brain has a visual processing region that recognizes objects. Parts of this region, for example, are recycled to recognize letters as we learn to read. This area in the occipital cortex of the brain is referred to as the “visual word form area”. Prior to the proper development of this region, children often make common errors in writing letters, such as mirroring letters.

The visual cortex of the brain must also undergo quite a bit of change when we begin to read. Normally, our brain does not care much about the orientation of objects around us. This means that a chair, for example, will be recognized as a chair by our brain, regardless of whether it is placed upright or upside down. However, the brain must start taking into consideration the orientation of letters when it learns to read. The lowercase letter ‘b’, when reversed, turns into a ‘d’. Therefore, the brain must revamp its visual system to become an expert in letter recognition.

Parts of the auditory system of the brain are trained to recall speech sounds as we look at letters. For example, the letter B has to help us recall its sound ‘/ba/’ from our memory. Finally, other parts of the temporal regions in the brain get modified to decipher meaning as we read a whole word.

These modifications in the brain can occur only with training, as we are not naturally born to read. Because of this, learning to read requires several conditions. A child can only learn to read once it has developed its visual and auditory system to some extent. Also, learning to read requires a child to know the speech sounds. Children can be taught to read after these milestones are achieved.

We know that leaving a child with a book will not magically make him a reader, unlike a baby left with adults, who will learn to speak on its own!

This is because humans are born as speakers—our brains have regions that are predetermined by birth to handle speech. However, no such brain region exists for reading, since it is a recent human invention, unlike language, which is a natural human skill. The brain must be explicitly trained to read through schooling. As we learn to read, regions in the brain devoted to other functions are repurposed to form a specialized ‘reading’ network. Since such a large modification of the brain is required to learn reading, it can only happen through teaching, unlike language. We become readers, although we are not ‘wired’ to read.