Being bilingual offers a number of distinct advantages, both culturally and neurologically, but can babies who grow up in bilingual environments really pick up both languages or do we just end up confusing them?

Babies can start speaking from as early as a few months of age. They quickly pick up their ‘native’ language that is spoken around them with ease. However, today’s world presents a new challenge for babies.

About two-thirds of the world’s population is “bilingual”. This means that in such homes, babies grow up learning more than one language. Sometimes both parents speak different languages, or the children speak one language at home, and another in school. Have you ever wondered if babies are capable of understanding this or are we going too far in teaching them more than one language? 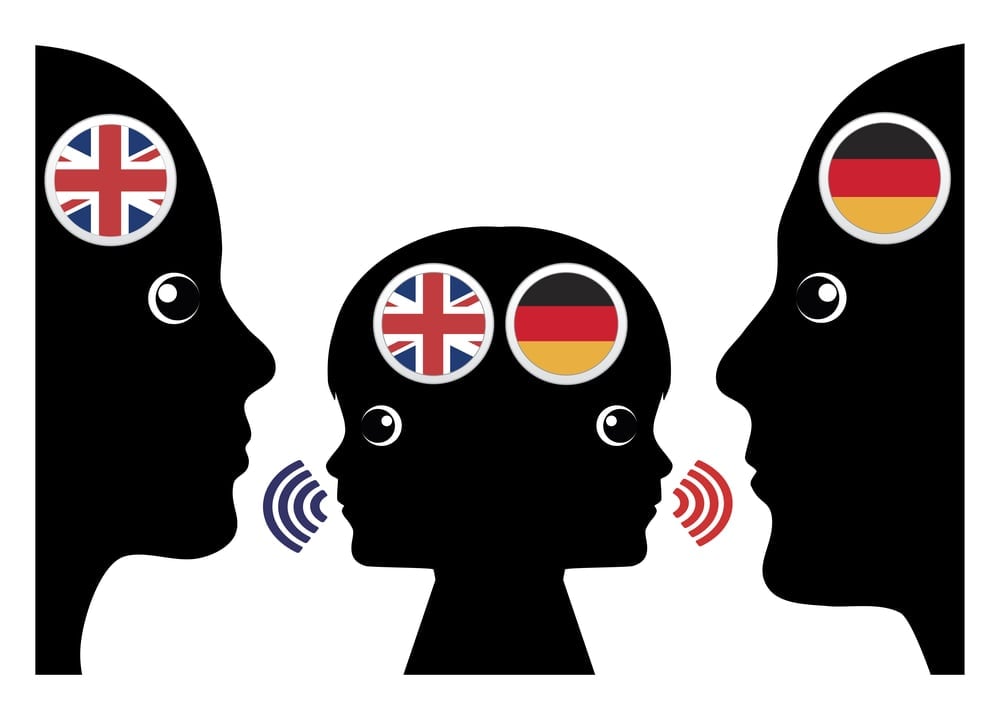 Before we can understand whether babies are “born bilinguals”, let’s look at what science really has to say about bilingualism.

Until the late 1990s, it was believed that learning two languages slowed down language development in children. Parents were advised to use one language with their infants. However, recent studies show that bilingual children show no delay or problems in language abilities. On the contrary, studies show many advantages to growing up as a bilingual child!

Based on this, we can be certain that growing up bilingual has more advantages, but are babies born to be able to handle bilingualism?

How babies learn their native language

A baby’s brain constantly measures how often they hear certain sounds from their native language. Much like a “statistical machine”, their brain measures the statistics of sounds and how frequently they are heard. This phenomenon is very interesting to study across languages because different languages place distinct demands on their speakers. Consider the languages Japanese and English. The Japanese language does not distinguish the sounds ‘/ra/’ and ‘/la/’, unlike in English. Therefore, Japanese adults cannot tell these sounds apart. This prompted scientists to study American and Japanese babies to understand at what point infants start to become “bound” by their native language.

In this study, they tracked the ability of Japanese and American infants to distinguish these sounds from 6 months to 12 months of age. Initially, Japanese infants could tell the sounds apart until 6-8 months of age, just like their American peers. However, by the age of ten months, Japanese infants began to have difficulty distinguishing these two sounds. American infants, on the other hand, started getting better at distinguishing these two sounds. Both groups of infants were slowly starting to resemble their respective adult populations as they grew older.


So what happens if a baby receives foreign language input during the critical period?

In another study by the same team of scientists, they explored this question. They exposed American infants in their critical period to adult Mandarin speakers. These adults would regularly visit them and do interactive storytelling in Mandarin. When tested before these interactive sessions, the babies did poorly in terms of recognizing Mandarin sounds. After several sessions, however, they improved in their recognition of Mandarin sounds. They also retained the ability to distinguish sounds in Mandarin – a foreign language, after crossing the critical period mark.

In a separate experiment in the same study, these scientists also tried to train infants on Mandarin without human interaction, using audio and visual media in Mandarin. Interestingly, this didn’t help the infants learn to distinguish Mandarin sounds efficiently. Social interaction appears to be important in picking up a second language. Babies only learn a language well when there is social interaction involved (Photo Credit : twenty20)

From these studies, it is clear that we are born with the ability to pick up any language that we’re taught. However, over the course of development, we lose this ability for foreign sounds and become more focused on mastering only the language spoken around us. That being said, if we’re frequently exposed to a foreign language during the critical period, we continue to be good at perceiving the relevant sounds, just as we could in infancy.

It can be said that babies are born as “citizens of the world”, and theoretically have the ability to speak any language.

Scientific evidence shows that after the critical period of 8-10 months of age, infants become “tuned” to their native language. If exposed to another language during this period, they will retain the ability to perceive its sounds. Therefore, infants are more than capable of catching up with whatever languages they are exposed to, so long as it is done before 6-10 months of age. It is important to note that babies require social interaction to learn a language. Nothing can replace or create the magic that an adult can deliver simply by talking to the infants!

These findings have crucial implications for certain parts of the world where children are pushed to learn multiple languages for various reasons. For example, many non-English speaking societies push children to learn English. These studies tell us that it is more than okay to use such an educational system, but it’s important that they receive exposure to the language before the critical period. The real limits of human language learning ability, however, have not been studied. However, it is safe to say that becoming a bi/multilingual person has almost no reported shortcomings, and even gives a child an edge over monolingual peers!