When we discuss computers, we are referring to meticulously designed machines that are based on logic, reproducibility, predictability, and math. The human brain, on the other hand, is a tangled, seemingly random mess of neurons that do not behave in a predictable manner.

Have you ever tried to match your wits with a computer? Perhaps you’ve tried playing it in a game of chess or raced to perform a calculation before your laptop could spit out the correct answer.

You have probably lost the chess game, and the computer has definitely beaten you in the math race. If you take the human brain’s ability against a computer at face value, it seems as if a computer is faster and smarter, but in fact, there is much more to the story.

If you had asked the same question a few decades ago, there would be no question… the human brain could circle around computers, but is that still true? Has technology begun to catch up with the most remarkable and reverent organ in the human body?

Since the birth of the first computers, there has been a direct comparison between these “calculating machines” and the human brain. One of the common phrases circulating for decades, promoting the idea of a “brain versus computer” argument, is “brains are analog, computers are digital.”

This makes it seem as if computers are superior, but the truth is that the human brain is much more advanced and efficient and has more raw computing power than the most impressive supercomputers ever built. 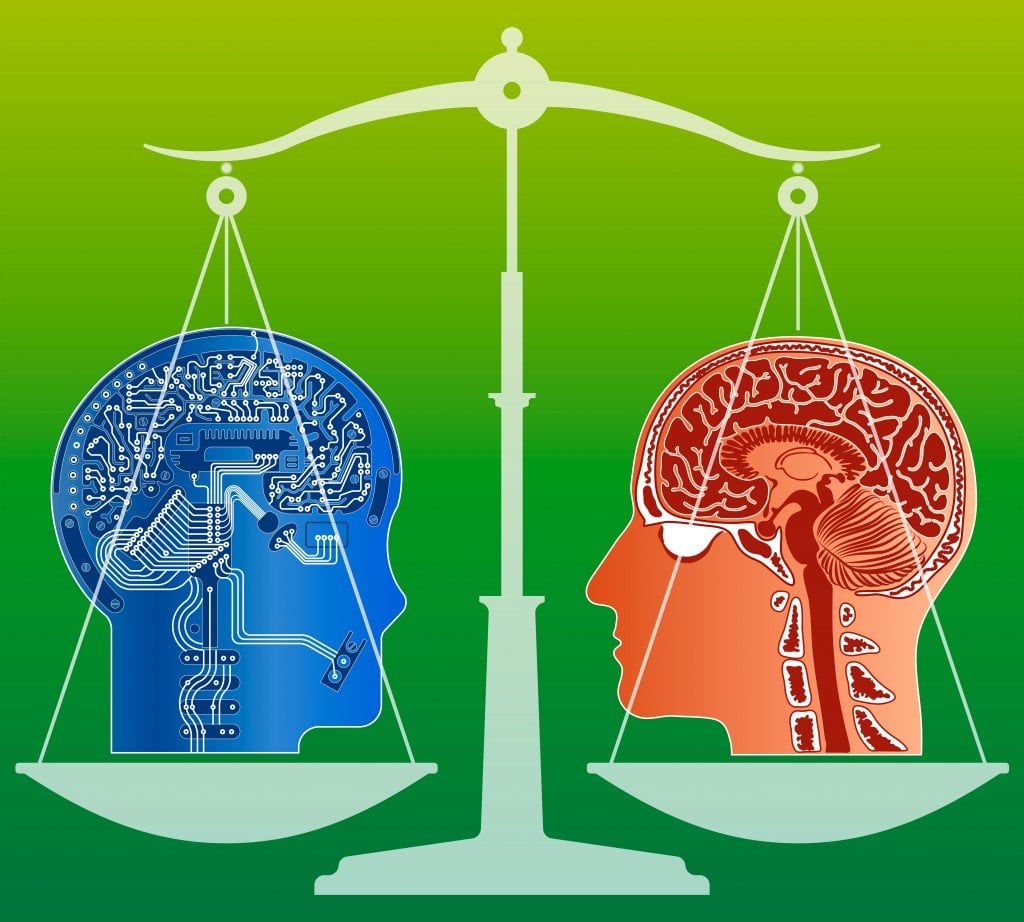 At the time of this writing, the fastest supercomputer globally is the Tianhe-2 in Guangzhou, China, and has a maximum processing speed of 54.902 petaFLOPS. A petaFLOP is a quadrillion (one thousand trillion) floating-point calculations per second. That’s a huge amount of calculations, yet that doesn’t even come close to the processing speed of the human brain.

In contrast, our miraculous brains operate on the next order higher. Although it is impossible to calculate precisely, it is postulated that the human brain operates at 1 exaFLOP, equivalent to a billion billion calculations per second.

In 2014, some clever researchers in Japan tried to match the processing power in one second from one percent of the brain. That doesn’t sound very much, but the world’s fourth-fastest supercomputer, the K Computer, took 40 minutes to crunch the calculations for a single second of brain activity!

Brains Are VERY Different From Computers.

When we talk about computers, we refer to carefully designed machines based on logic, reproducibility, predictability, and mathematics; on the other hand, the human brain is a confused, seemingly random jumble of neurons that behave unpredictably.

Biology is a beautiful thing, and life itself is much smarter than computers. Thus, the brain is both hardware and software. The same interconnected areas, connected by billions of neurons and perhaps trillions of glial cells, can simultaneously perceive, interpret, store, analyze, and distribute.

By their very definition and basic construction, computers have some parts for processing and others for memory; the brain does not do this separation, which makes them enormously efficient.

The same calculations and processes that a computer might take a few million steps can be accomplished through a few hundred neuron transmissions, which require much less energy and are much more efficient; the amount of energy required to be calculated by the world’s fastest supercomputer would be enough to power a building; the human brain would achieve the same processing speed from the same energy needed to charge a dimming light bulb.

Biological processes have taken billions of years to develop perfect, efficient organs that far outpace technology, and we are beginning to reach these artificial “limits.”

Apart from their clear advantage in raw computing power, one of the things that really distinguish brains is the flexibility they show. Essentially, the human brain can rewire itself, a feat formally known as neuroplasticity. Neurons can separate and reconnect with others and even change their basic properties, which a carefully constructed computer cannot.

We see this amazing transformative feat in a wide variety of brain functions, such as the formations of memory, knowledge acquisition, physical development, and even recovery from brain damage. When the brain identifies a more efficient or effective way to compute and function, it can morph and alter its physical and neuronal structure, hence the term “plasticity“. Until we achieve true Artificial Intelligence (in which computers should theoretically be able to re-wire themselves), neuroplasticity will always keep the human brain at least one step ahead of “static” supercomputers.

What Does The Future Hold?

If there is one thing about humans, they do not like to be told that something is impossible. Therefore, now that we have a clear goal that is nearly in sight (a computer that operates at the exaFLOP level), we have begun to pay more attention (and spend more money) towards achieving it.

For example, the Human Brain Project has the ultimate goal of reaching exascale computing (computing at the same processing power and speed as the human brain; an artificial brain, so to speak). Launched in 2013, the Human Brain Project has already sourced billions of euros for this project, which could have hugely important ramifications in many different industries. 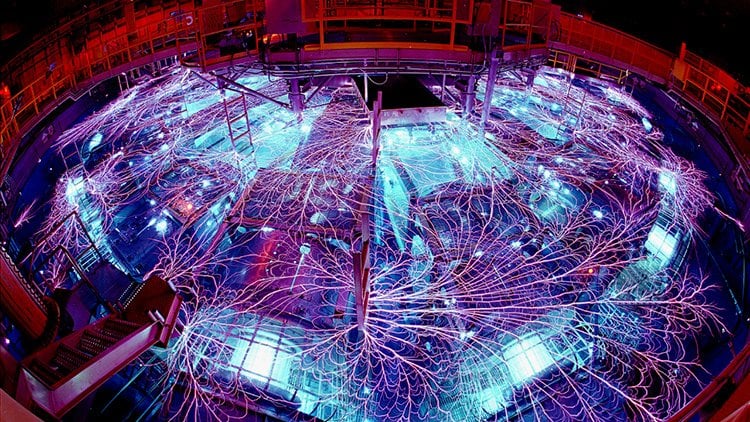 The fastest supercomputers created thus far (like the one seen above) haven’t even breached the 50 petaflop mark, which is still 20 times slower than the human brain’s processing speed, not to mention…they’re massive!

Experts believe that exascale computing could be possible by 2020, but Intel, one of the largest technology companies in the world, boasted that they would have achieved that capability by 2018. By creating legitimate artificial brain modeling, we will explore real-time simulations of human brain activity – a breakthrough.

Moreover, the key interests of everything from engineering and basic research to national security agencies and telecommunications giants are eager to see what this dreamed-of level of technological progress will bring.

However, as we have explained above, there are some serious problems in achieving this level of technical sophistication, namely energy, memory, and physical limitations. Even with new advances in graphene transistors and the complex capabilities of quantum computers, a purely artificial brain seems out of reach with the real thing – for now.

Also Read: 4 Technologies That Will Revolutionize The Future

The recent stall in any new supercomputers at the top of the “Fastest List” has made some people question the possibilities. Still, these new advancements may pay off in a major way, which would launch us into a new generation. If and when that happens, the answer to “who would win, the human brain or a supercomputer” might be different!

Can you pass this quiz about the brain and the supercomputer?